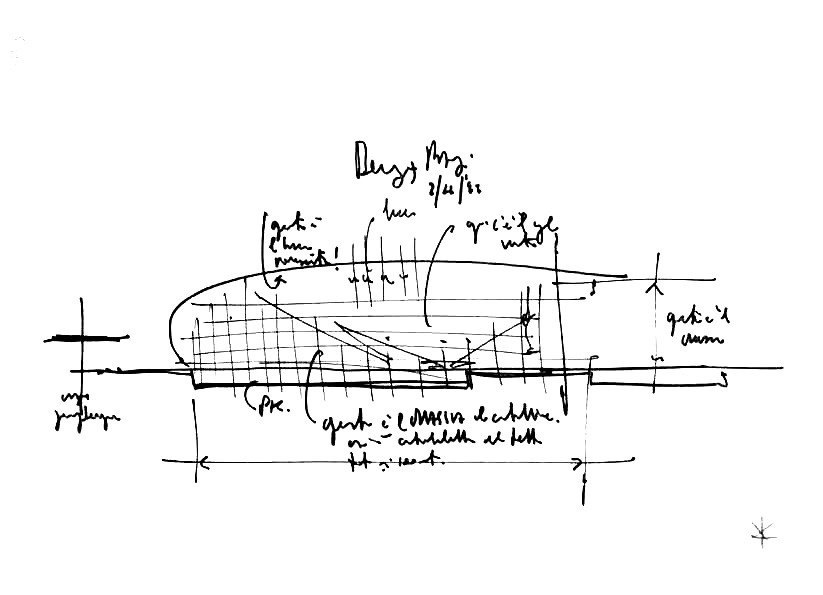 In addition to its aesthetic impact, metal plays an important role in insulating the structure by diverting sunlight and creating a shaded and ventilated roof, under which an air chamber slows heat exchange with the outside.

Is the work of Architects Renzo Piano and Jean-François Blassel. 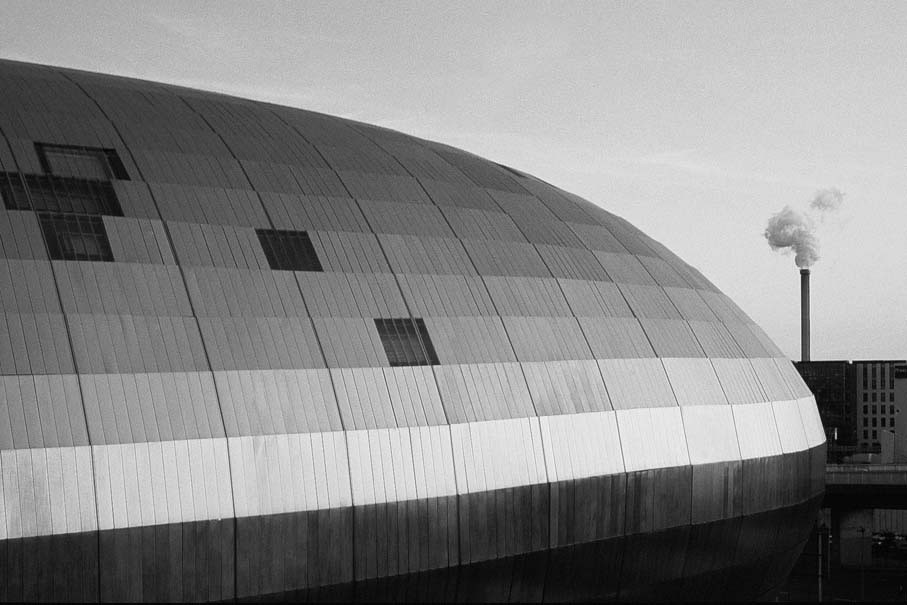 The highly visible roof of the building, with an area of 2 000 m², is covered with 27 000 modular panels in shiny steel with sophisticated geometry, allowing maximum standardization of components.

It was built from 1987 at 1990 par Renzo Piano, world renowned architect
and winner of many prestigious awards. 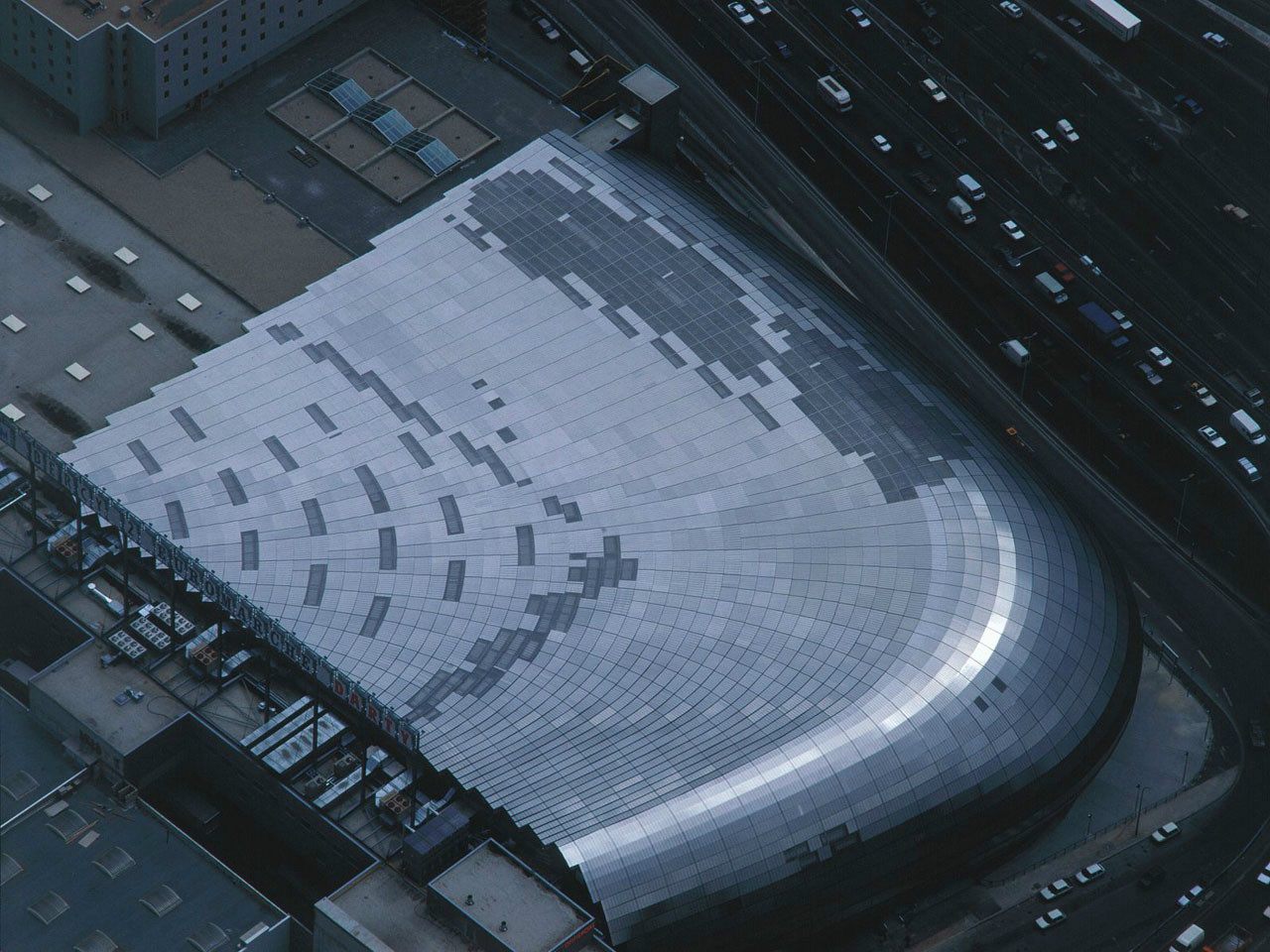 Resembling a spaceship intended to embark passengers, the Bercy shopping center 2 is bounded on three sides by a river, a highway and a railway, just outside the city limits of Paris. 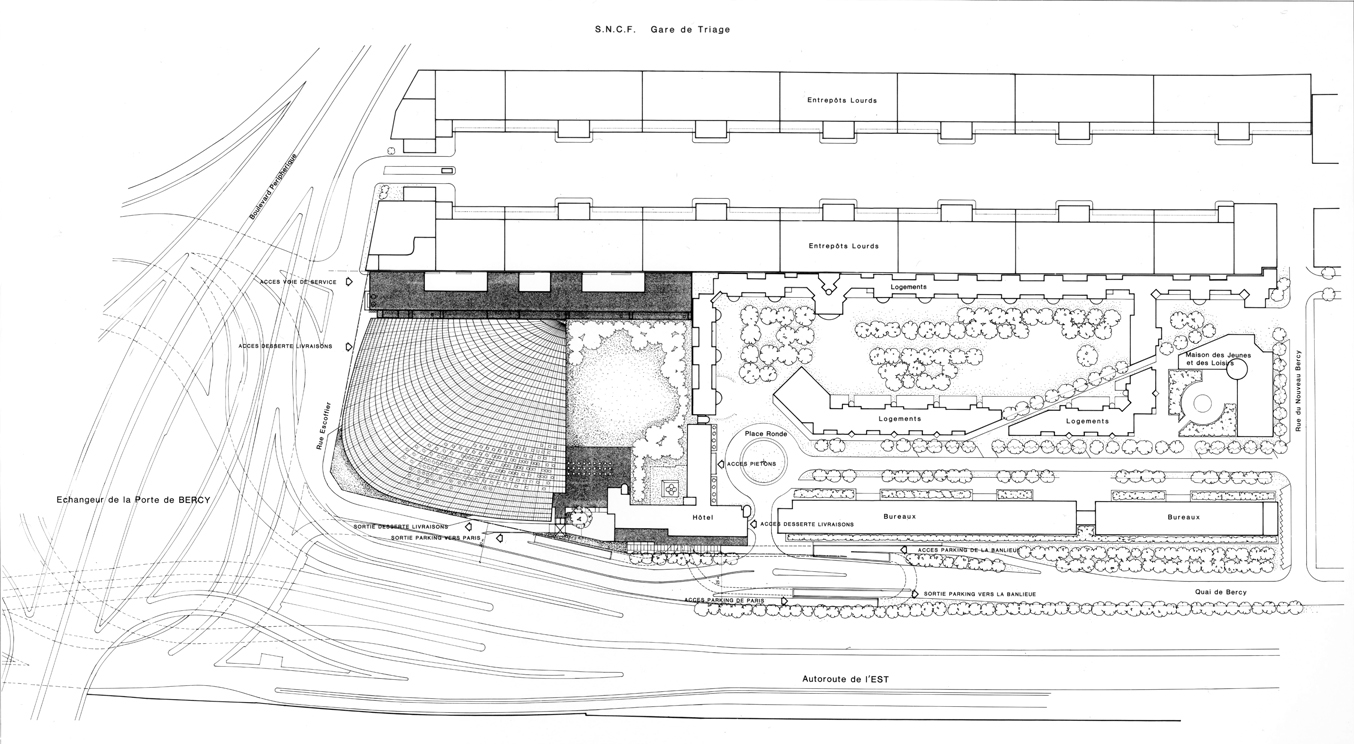 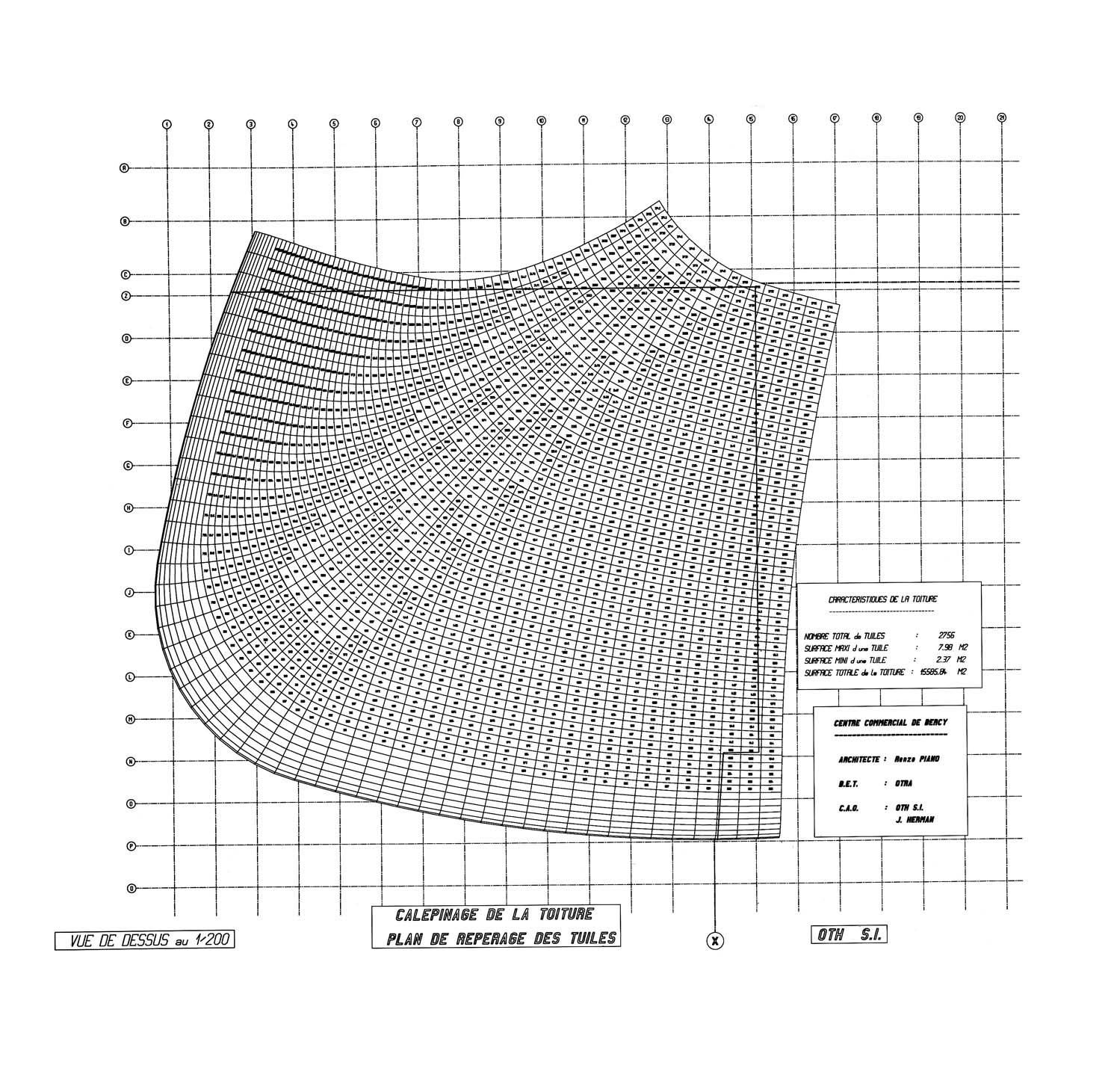 The roof is composed of 27 000 stainless steel panels mounted on laminated wood beams. Albeit futuristic, the interior would look familiar to anyone who visits modern malls. The structure is beautiful and spacious inside and, while climbing the gentle slopes of the escalators, you can see the porthole skylights and the curves of the roof supports in the shape of a rib cage. 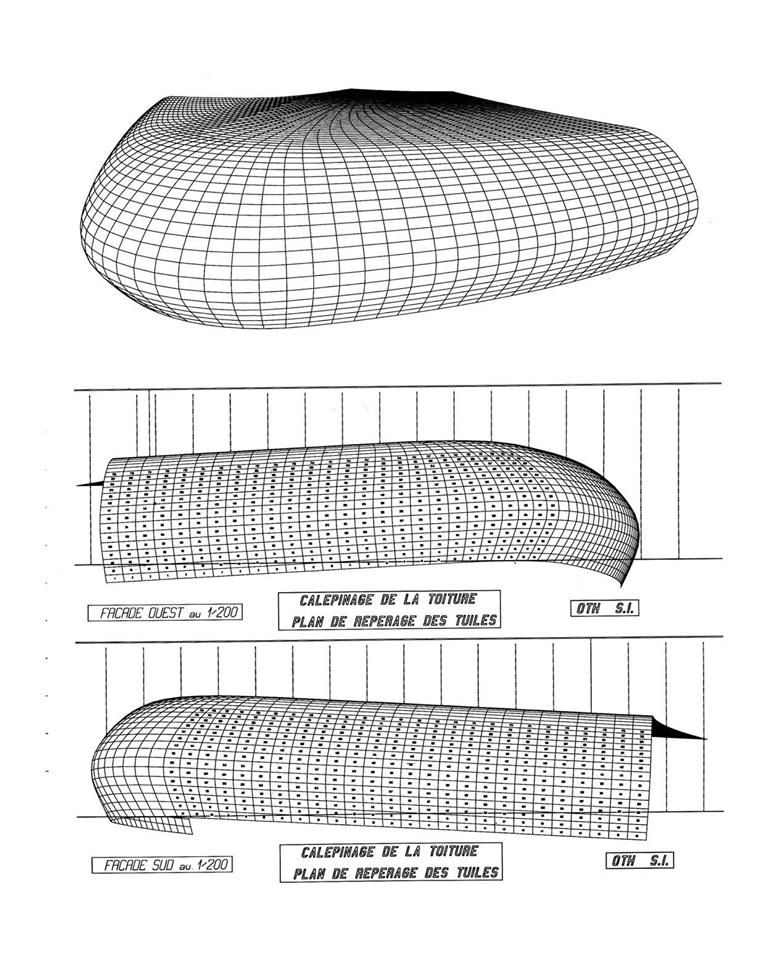 Bercy 2 is a shopping center of 70 signs for 36 000 m2 located in Charenton-le-Pont (Val de Marne), along the Seine and the ring road.

This shopping center, inaugurated on 24 avril 1990, is the work of architects Renzo Piano and Jean-François Blassel. The structure, whose curvature follows the turn of the device, evokes a large airship. Described by Le Monde as "the least successful building" of its author, and often nicknamed "the whale" or "the zeppelin", it consists of a wooden structure, covered with stainless steel tiles, forming a large hall closed from the outside and lit by the glass roof. It is planned to demolish it during the works of the Grand Paris, in an operation to blur the border between Paris and the suburbs. The " Whale " will therefore give way to “clusters”, these business networks mainly made up of SMEs and VSEs which will be dedicated to virtual universes, to the digital economy such as 3D animation, video games, computer aided design, special effects, medical imagery, virtual reality, etc..

The mall had been bought by Goldman Sachs (via Archon Group) on behalf of Whitehall funds, and notably installed the Carrefour and H signs&M. The shopping center was sold in 2000 to Hammerson for € 70.4M which he himself sold in 2015 at Tikehau IM for € 64M. 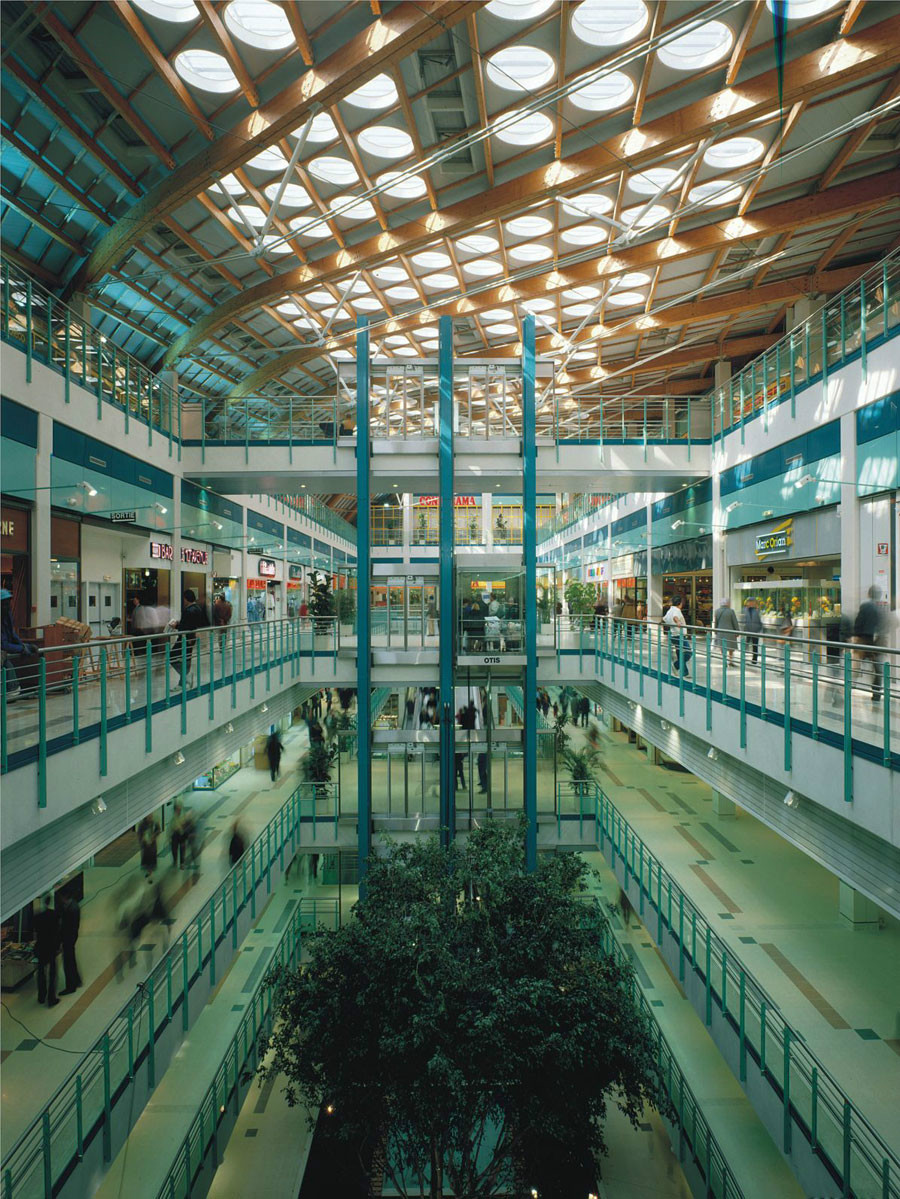 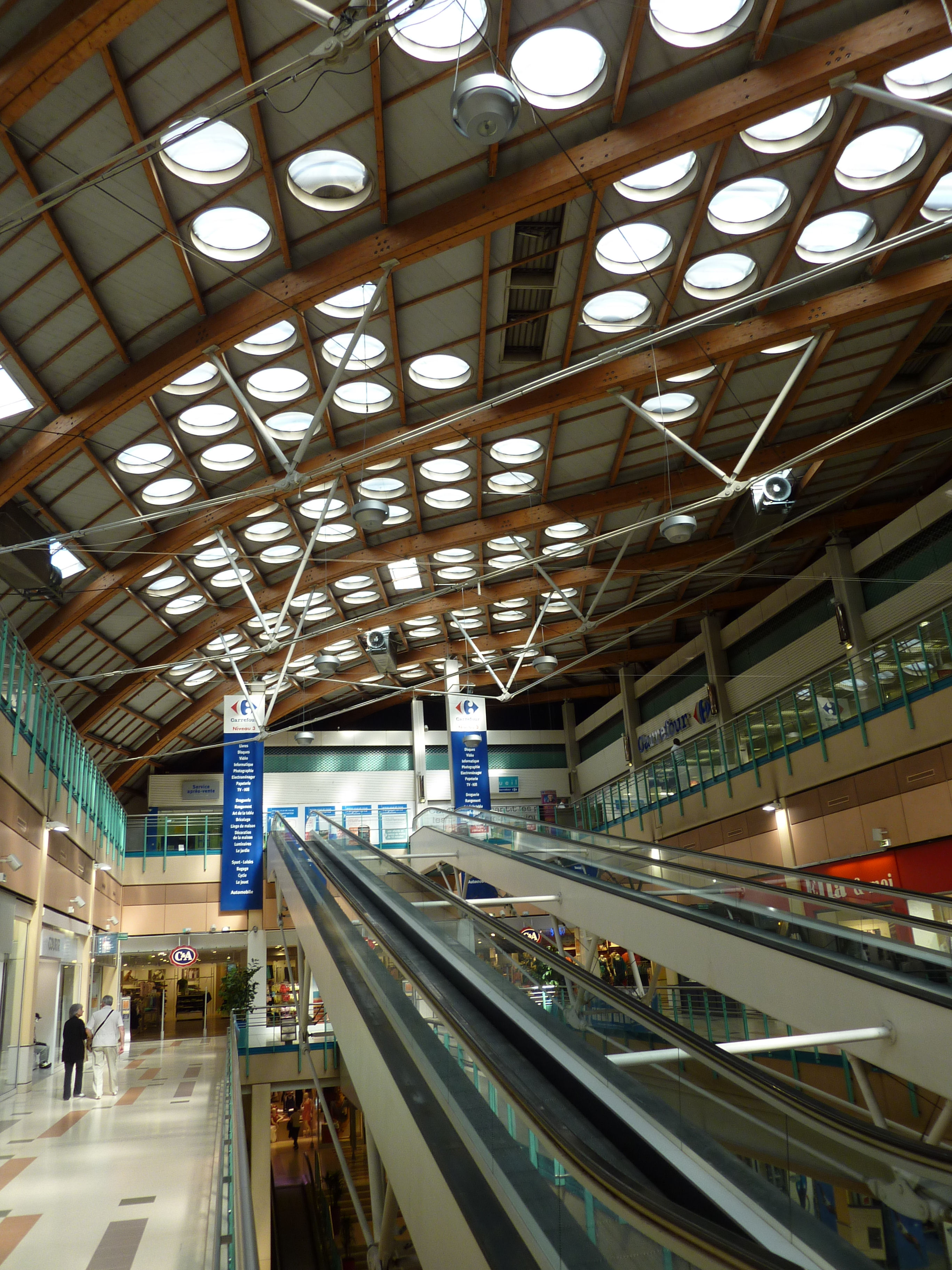 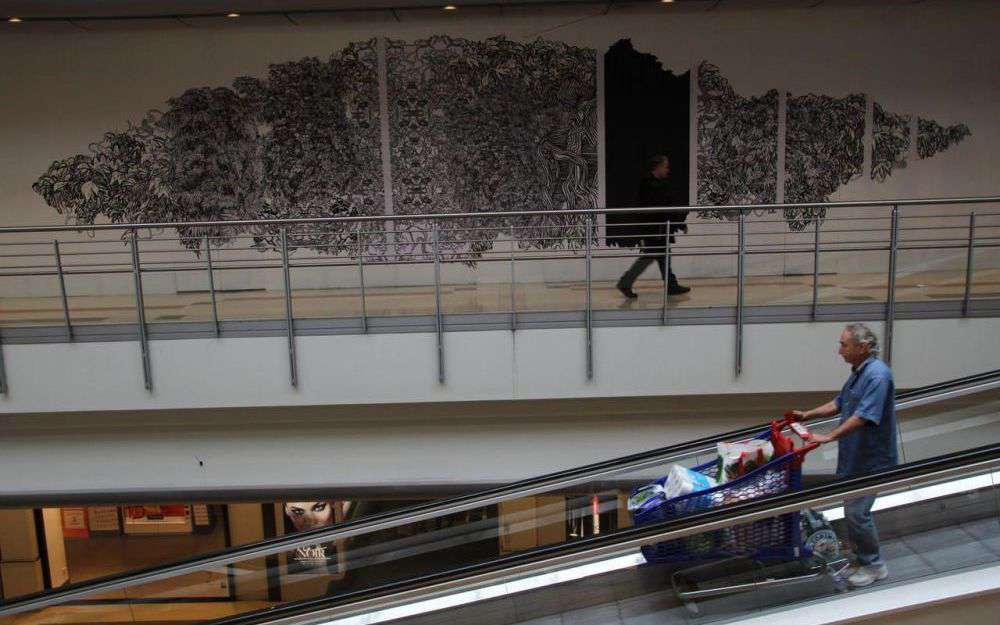 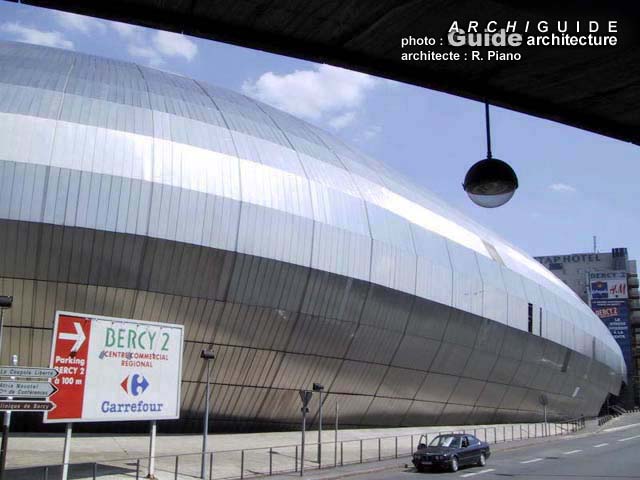 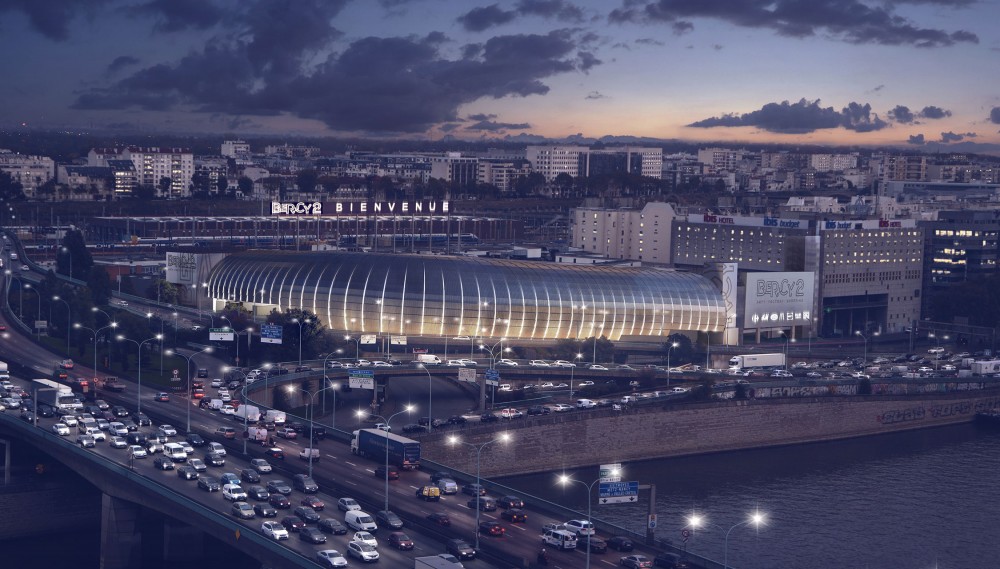 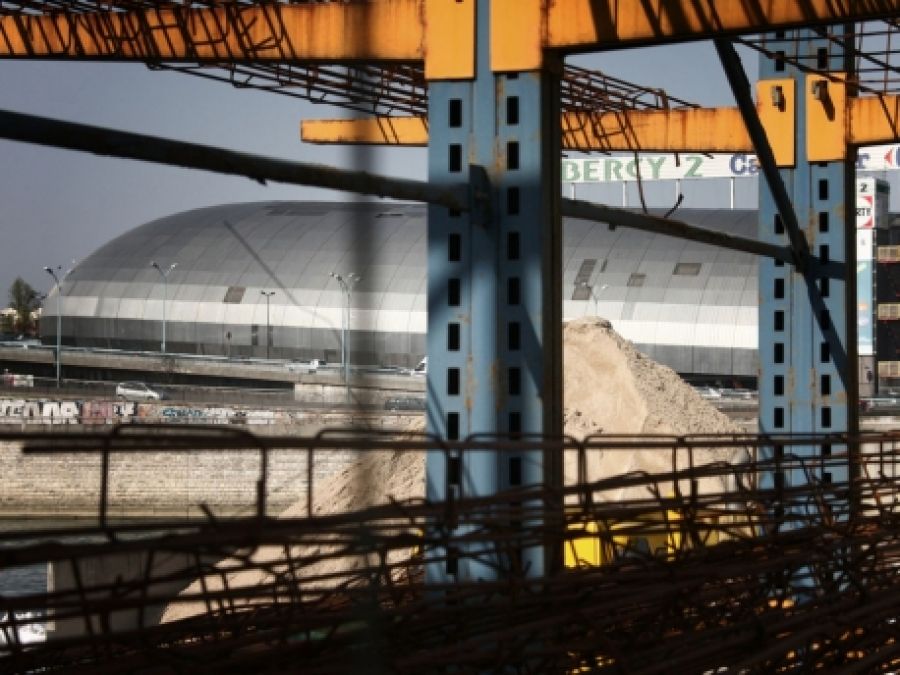 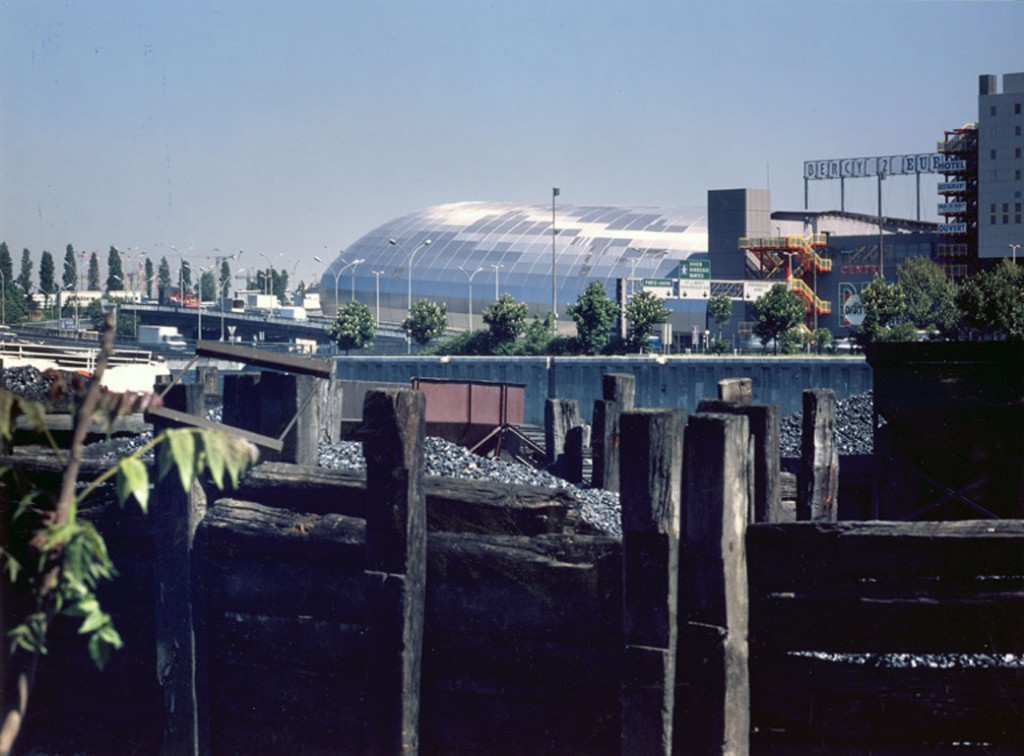 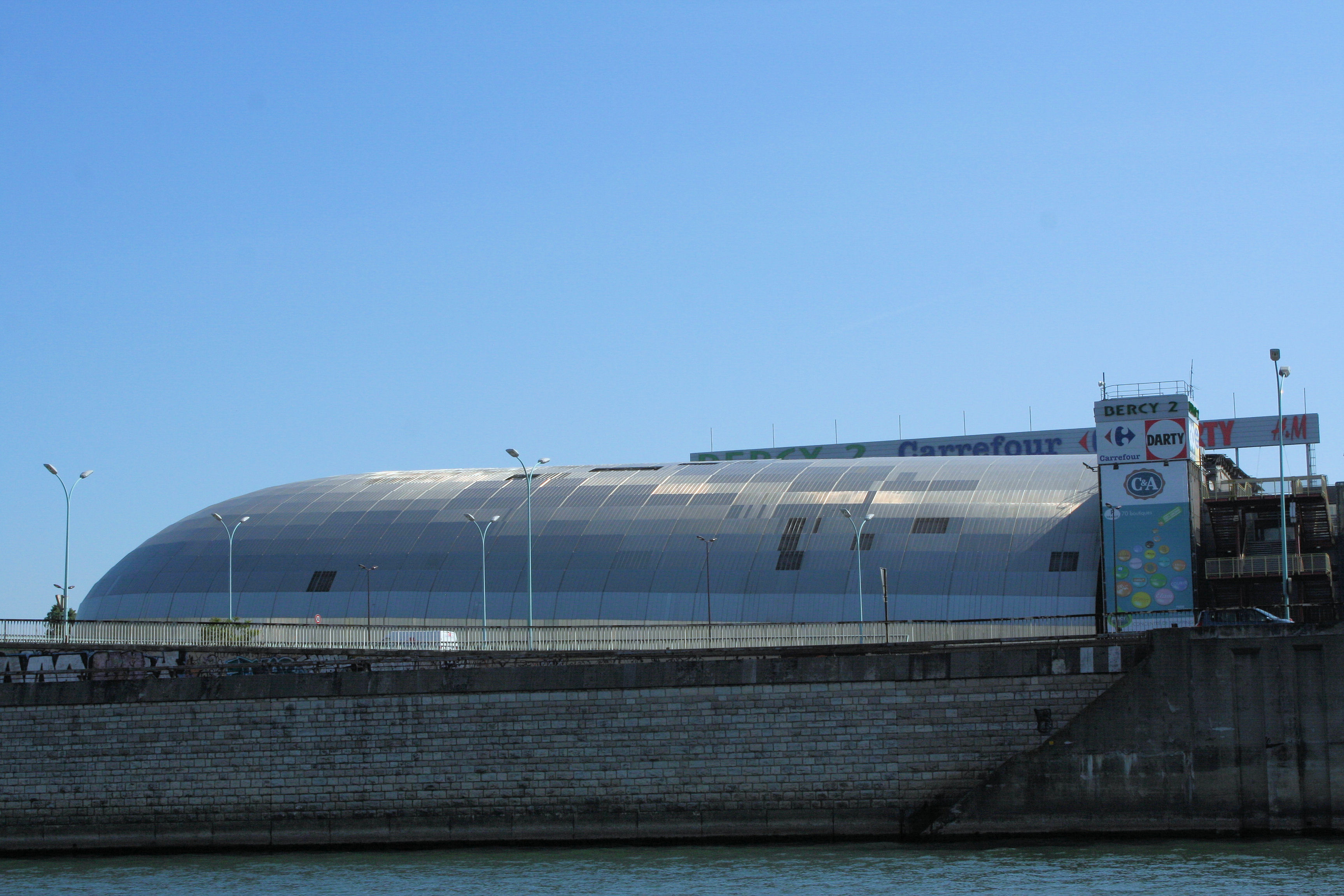 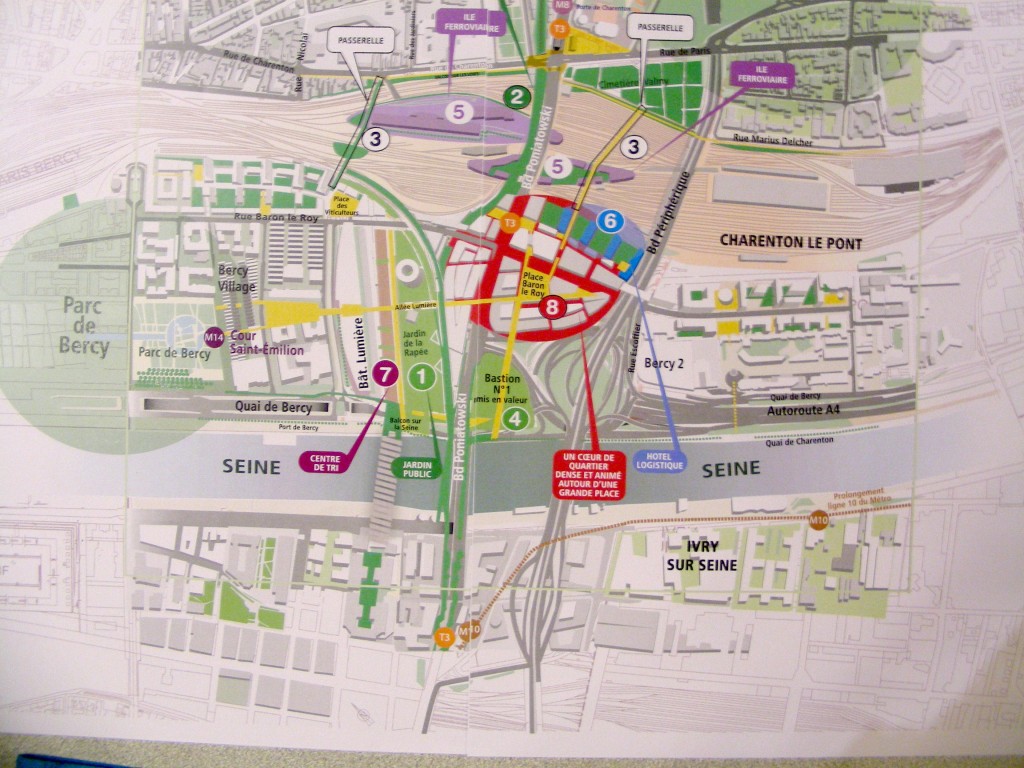 Grand Paris is a project to transform the Paris conurbation into a major world metropolis of the twentieth century, in order to improve the living environment of the inhabitants, to correct territorial inequalities and build a sustainable city.

This project, imagined and promoted by the President of the Republic Nicolas Sarkozy from 2008, is driven, in the government of François Fillon, by a State secretariat specially created for the occasion : the State Secretariat for the Development of the Capital Region, whose first and last holder is Christian Blanc. At the end of a first consultation phase, he proposes to create new major economic centers around Paris, as well as the creation of an efficient Grand Paris public transport network which would link these hubs to airports, at TGV stations and in the center of Paris.

The Société du Grand Paris is a public establishment responsible for creating a new automatic metro (« Grand Paris Express », 200 km of tracks and 68 stations, evaluated 32,5 Billions of Euro's) in the Parisian suburbs (see below "Christian Blanc's project"). In addition, the project provides for the creation of the Paris-Saclay technological industrial cluster in the Saclay plateau region, twenty kilometers south of Paris.

The project is also institutional. It's about creating a governance structure between Paris and its dense agglomeration, the metropolis of Grand Paris, which groups, under the bill of "modernization of the territorial public action and affirmation of the metropolises" adopted by the parliament in December 2013, the municipalities of Paris, of the Hauts-de-Seine departments, of Seine-Saint-Denis and Val-de-Marne and certain municipalities of the departments of the greater Parisian crown. The creation of this special-status metropolis takes place on January 1 2016, date on which are replaced all the communities of communes and agglomeration communities concerning these communes by territorial public establishments.