Is an architectural agency and founded in Dutch urban planning 1993. 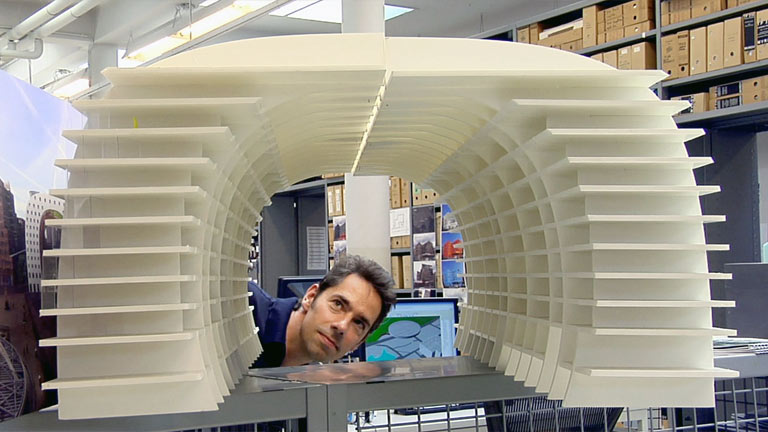 The acronym MVRDV borrows the initials of the surnames of the three founding architects : Winy Maas , Jacob van Rijs and Nathalie de Vries

MVRDV was founded in Rotterdam, in 1993. Since, MVRDV built, teaches, publishes, expose, according to a practice that appears to be directed towards meeting. MVRDV do not work alone, they often hire teams with varied skills to conduct their experiments on space. MVRDV is one of four teams selected to participate in the competition for the redevelopment of the Paris Halles district that will ultimately won by the architect and urban planner David Mangin. From 2008 at 2009, MVRDV is leading a multidisciplinary team where the collective part in the consultation on the Grand Paris launched by President Nicolas Sarkozy, entitled "The Great Paris(s) of the Paris region ". 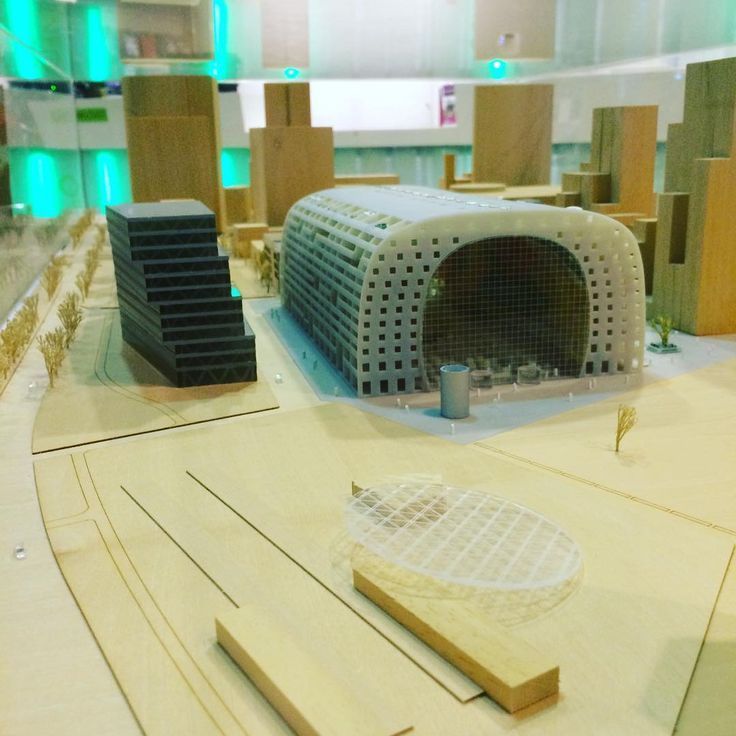 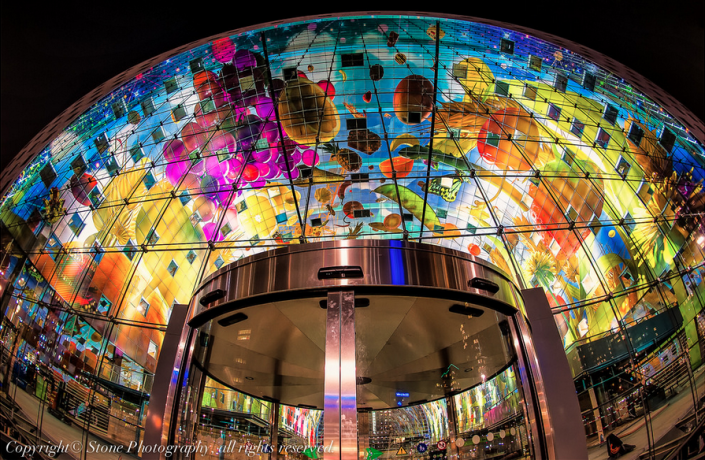 Le Market Hall ( Market Hall ) is a residential and office building with a market hall below, in Rotterdam.

The Markthal was designed by the MVRDV architectural firm. The building was opened in October 2014, by Queen Máxima of the Netherlands. In addition to the large market hall, the complex houses 228 apartments, 4600 m 2 of retail space, 1600 m 2 and a sub – sun 4 story parking garage with a capacity of 1200 Car. The building has a glass facade on both sides, those – these consist of small glass windows. The small windows are mostly square and about 1485 mm wide. All of these are hanging around’ a steel cable structure, 34 meters high and 42 meters wide, making it the largest window glass cable structure in Europe. Each facade 26 vertical and 22 horizontal cables. The glass windows of the trading room with back – plan of the Rotterdam Blaak Tower Library and cubic houses. 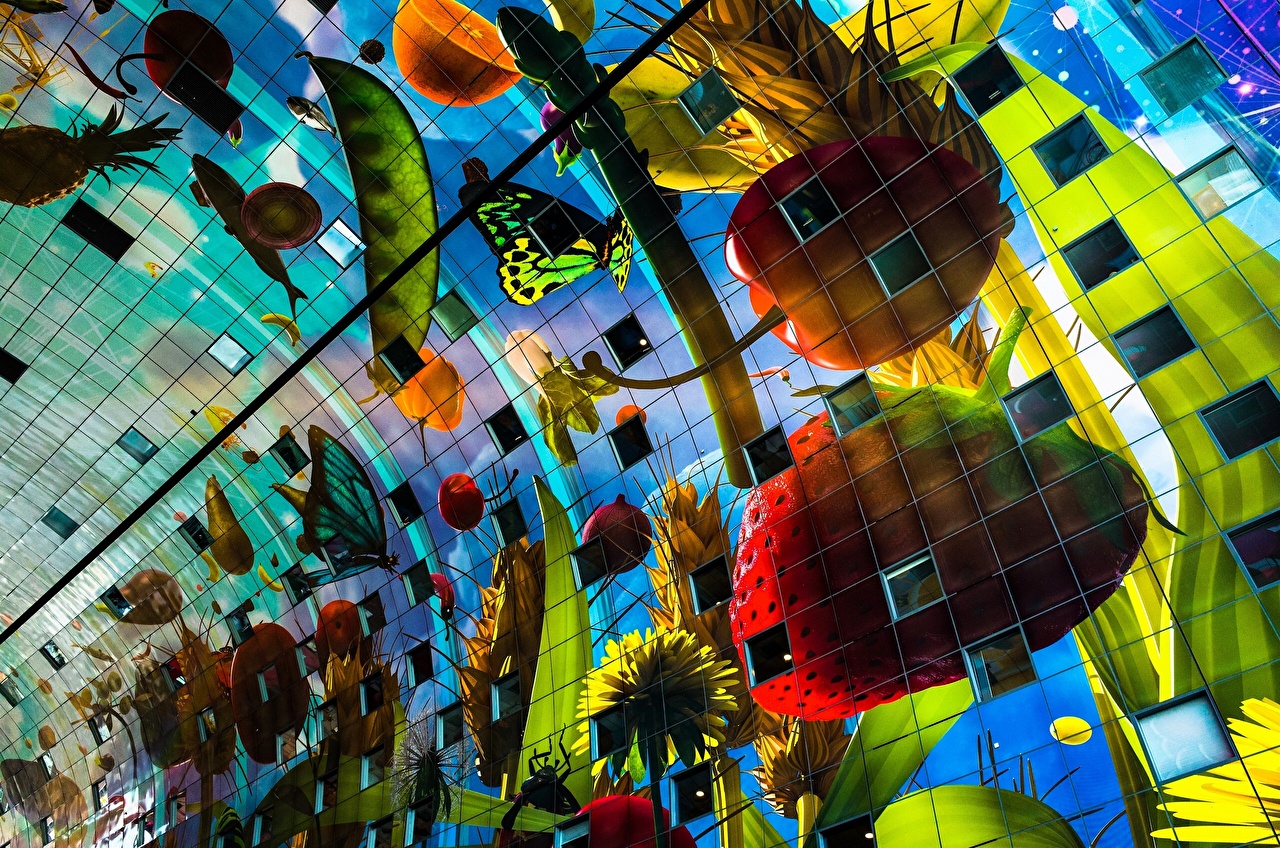 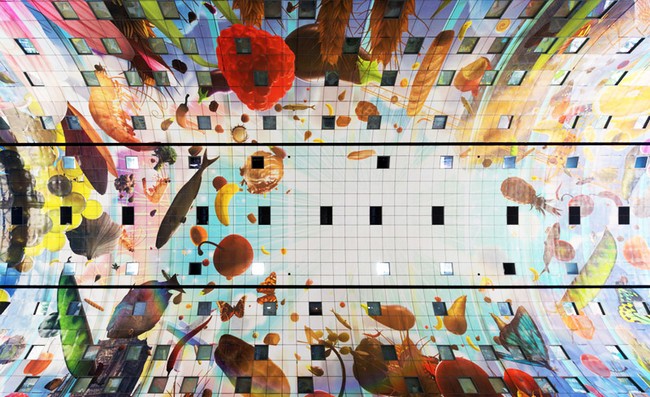 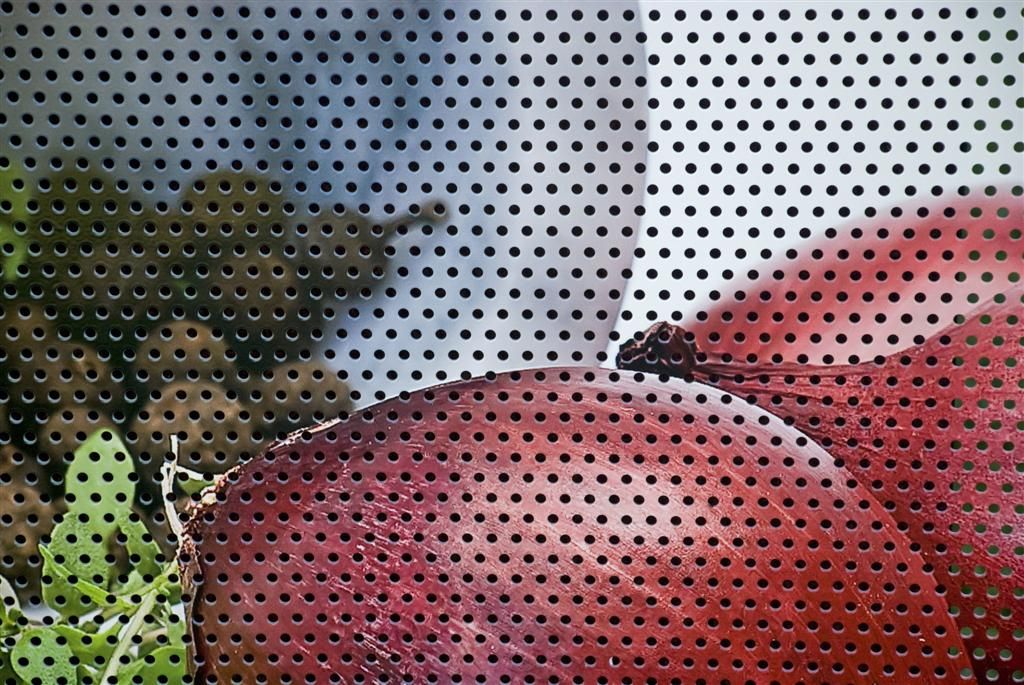 The work was done using 3D digital techniques. This huge file 1,47 Terabytes needed special servers, those – these are also used by Pixar studios to make animated films. The digital 3D-animation was separated into 4000 pieces and then printed on perforated aluminum panels. The 4000 aluminum panels are now within the room. 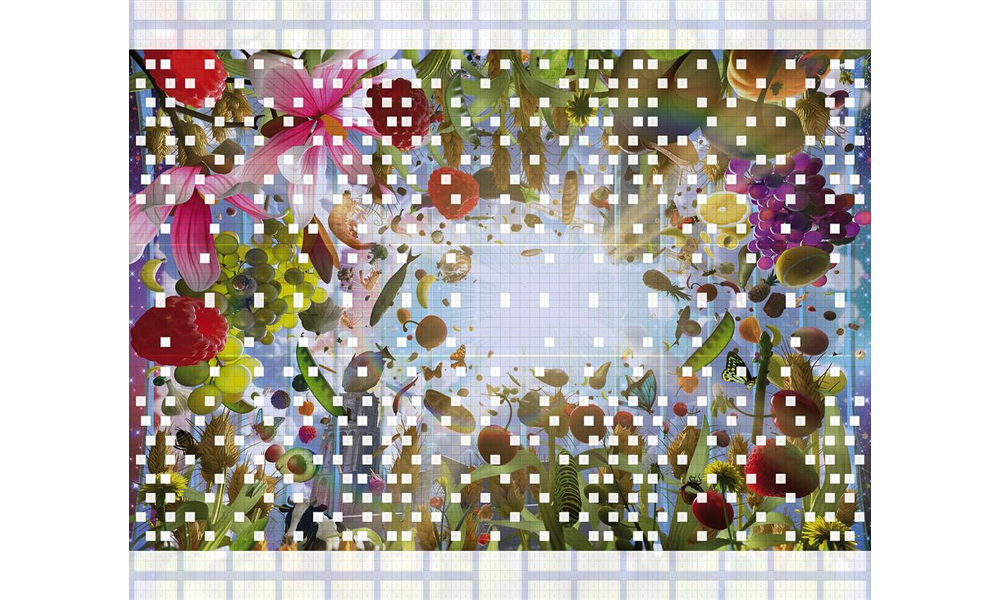 Archaeological Site on The Market Hall site. The Markthal is built – above a village of the fourteenth century, buried in the Polder Westnieuwland. This polder was surrounded by water and dikes to protect the polder during high tide. There were a few houses and farms in the polder, Also on the site of Markthal. Pendant la construction du Market Hall, a tenth-century farmhouse has been found 7 meters below ground. Inside the house were two stoves and fireplaces some. The farm was part of a village before Rotterdam, named Rotta, after the river Rotte. The people of Rotta were farmers, craftsmen and tradesmen. Earlier, a small village of the fourteenth century was found on the site. Trivial 4 Markthal storey car park is the largest in the center of Rotterdam. The Markthal was one of the first buildings in the world that could be seen by augmented reality. Using the application RAU, made by the NAI, users could view 3D models of the building, and how it would look like. A possible nickname is Markthal Koopboog. This name is a reference to the shape of a horseshoe of the room and refers to the nearby also Koopgoot.

Markthal Rotterdam is a new concept, the first building of its kind, a hybrid between the market hall and housing. Rotterdam is a worldwide scoop with this new urban typology. Using the apartments to create an arc that covers the market a new public building emerges, what might not have been this great without the case.

The Markthal-shaped horseshoe consists of housings : from the third to the eleventh floor, in total 102 rental apartments and 126 apartments for sale. Each apartment has an outdoor terrace over the entire width of the unit and 24 penthouses on the top floor have, thanks to the shape of the arch, a very large roof terrace.

The apartments are accessed via 6 street level entrances. Half of the apartments have windows on the market, these windows are triple glazed to prevent odor nuisance or. There are a wide range of apartment types, free duplex loft apartments with several bedrooms layout. The properties range from 80 at 300 m². The penthouses have their entries on the tenth floor and an internal staircase and a room for an elevator to the eleventh floor, that way the vault of Markthal could be achieved without elevator boxes on the roof. 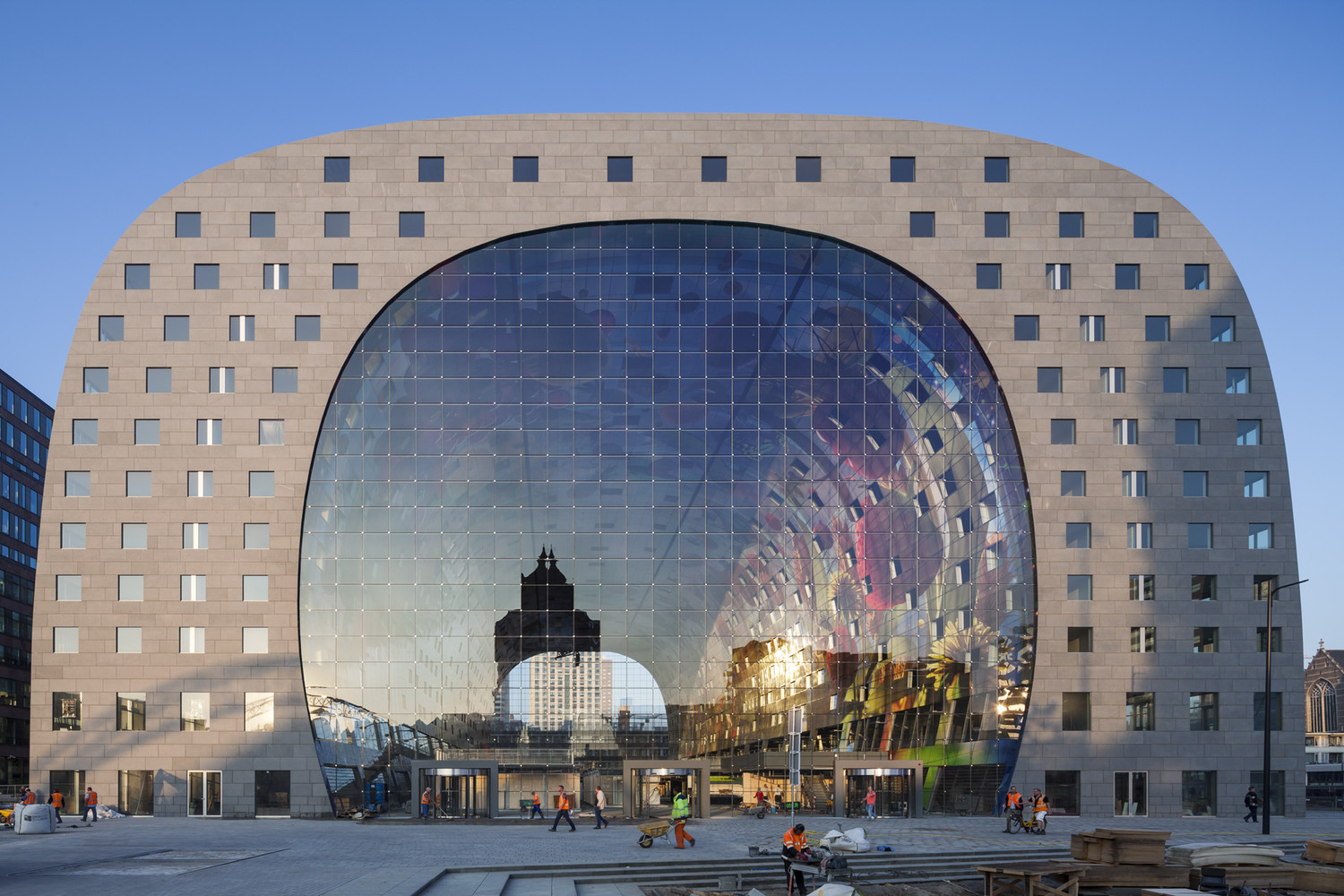 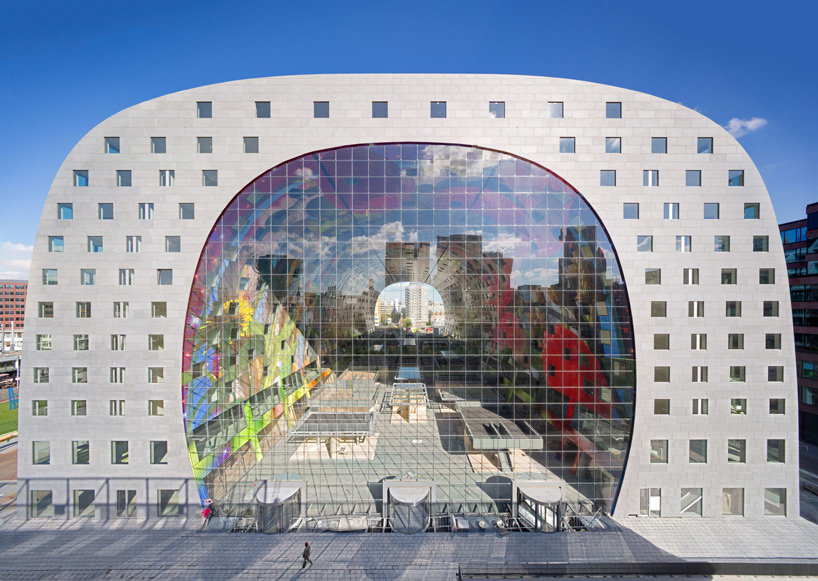 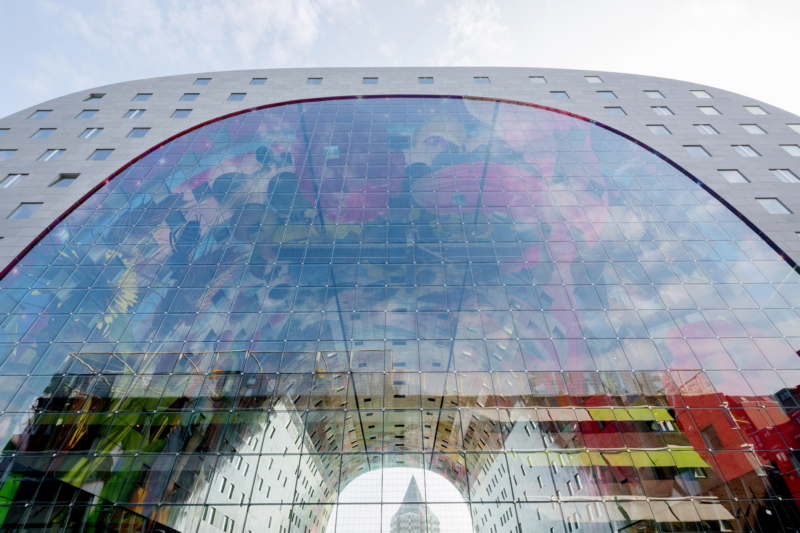 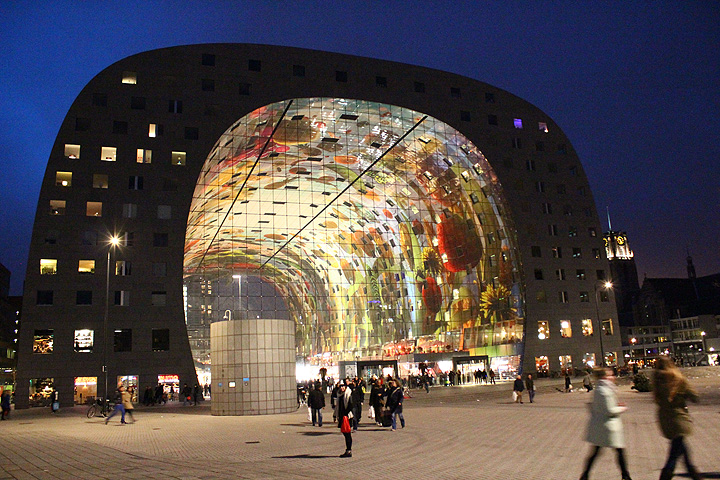 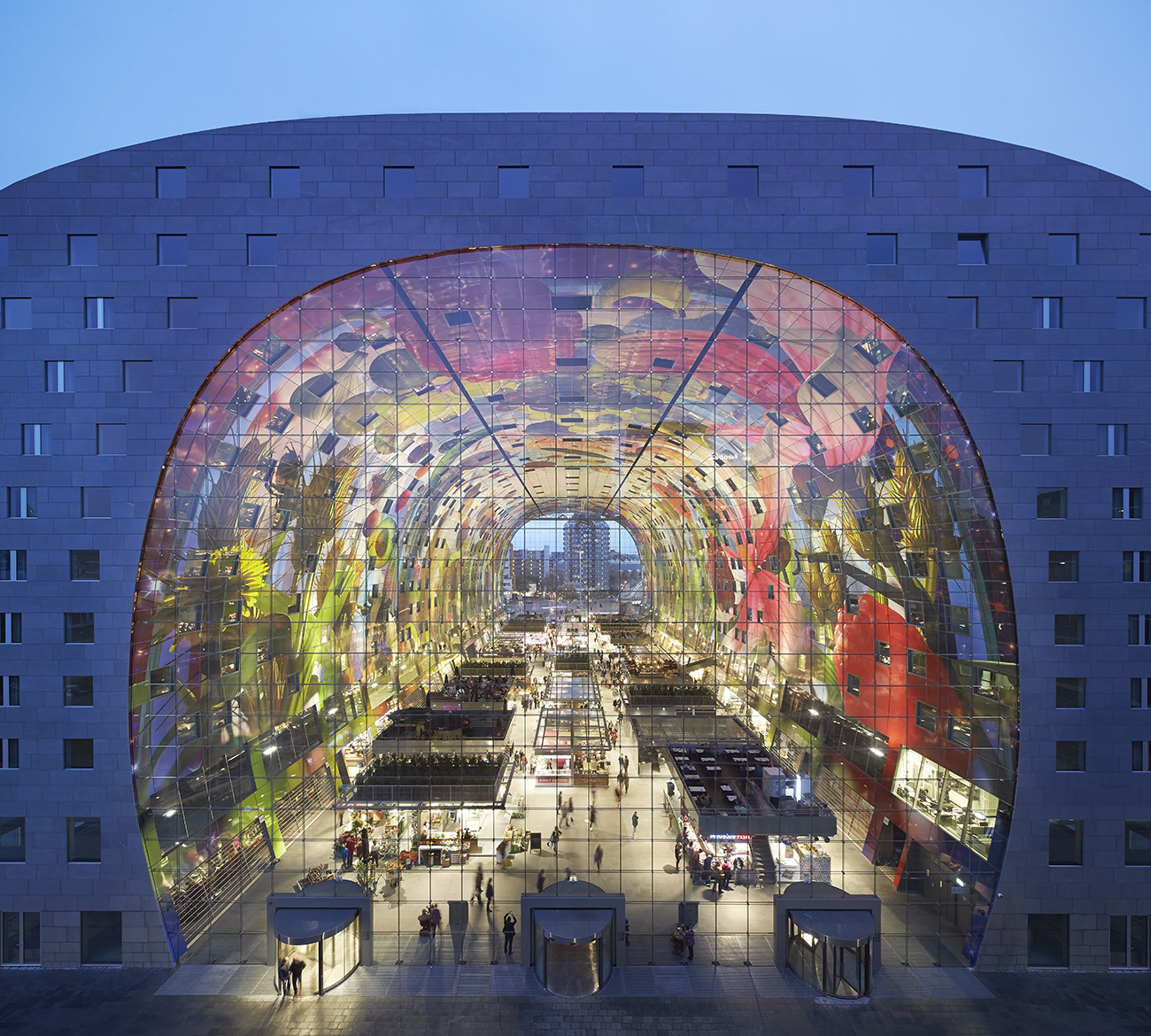 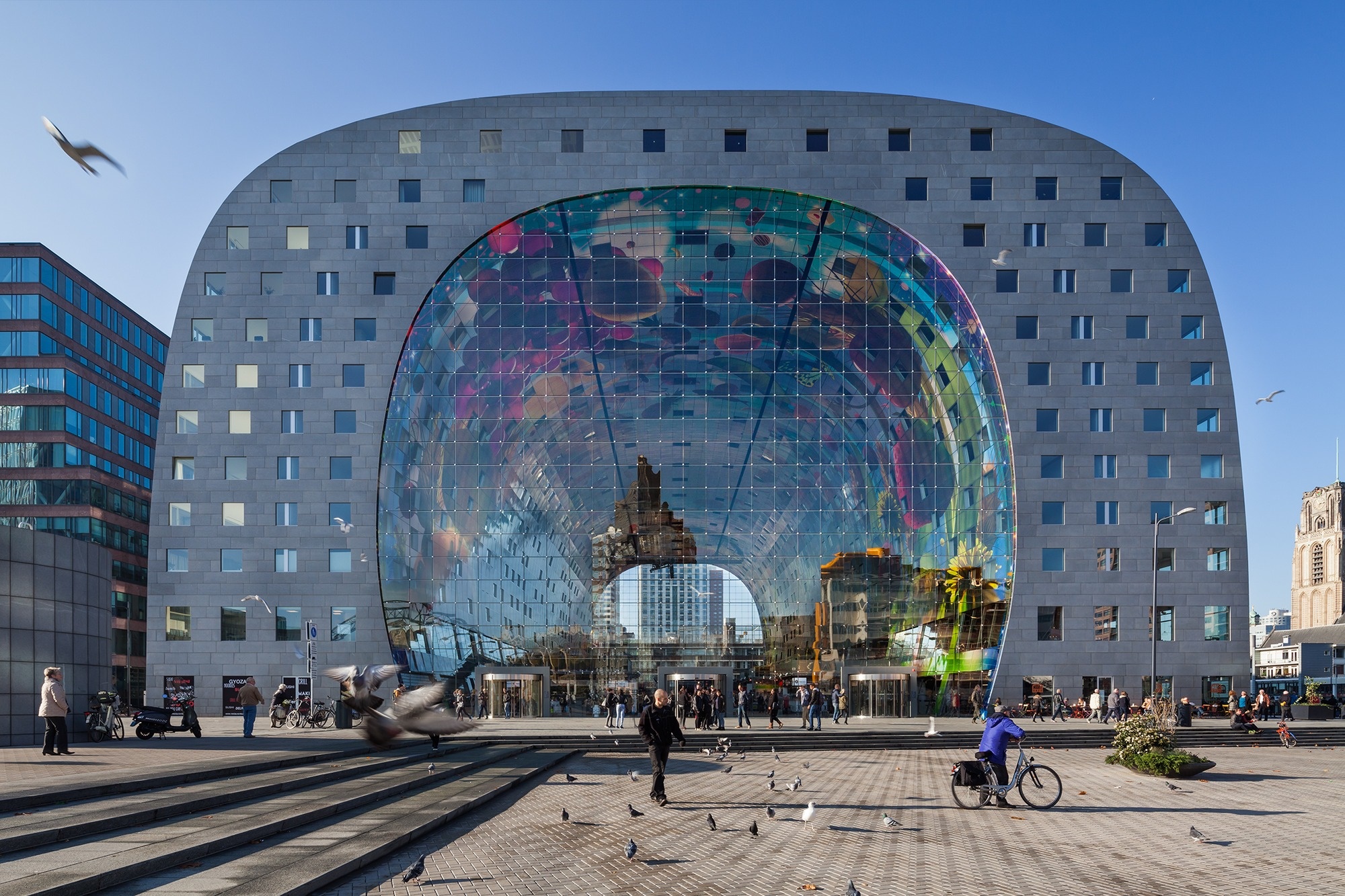 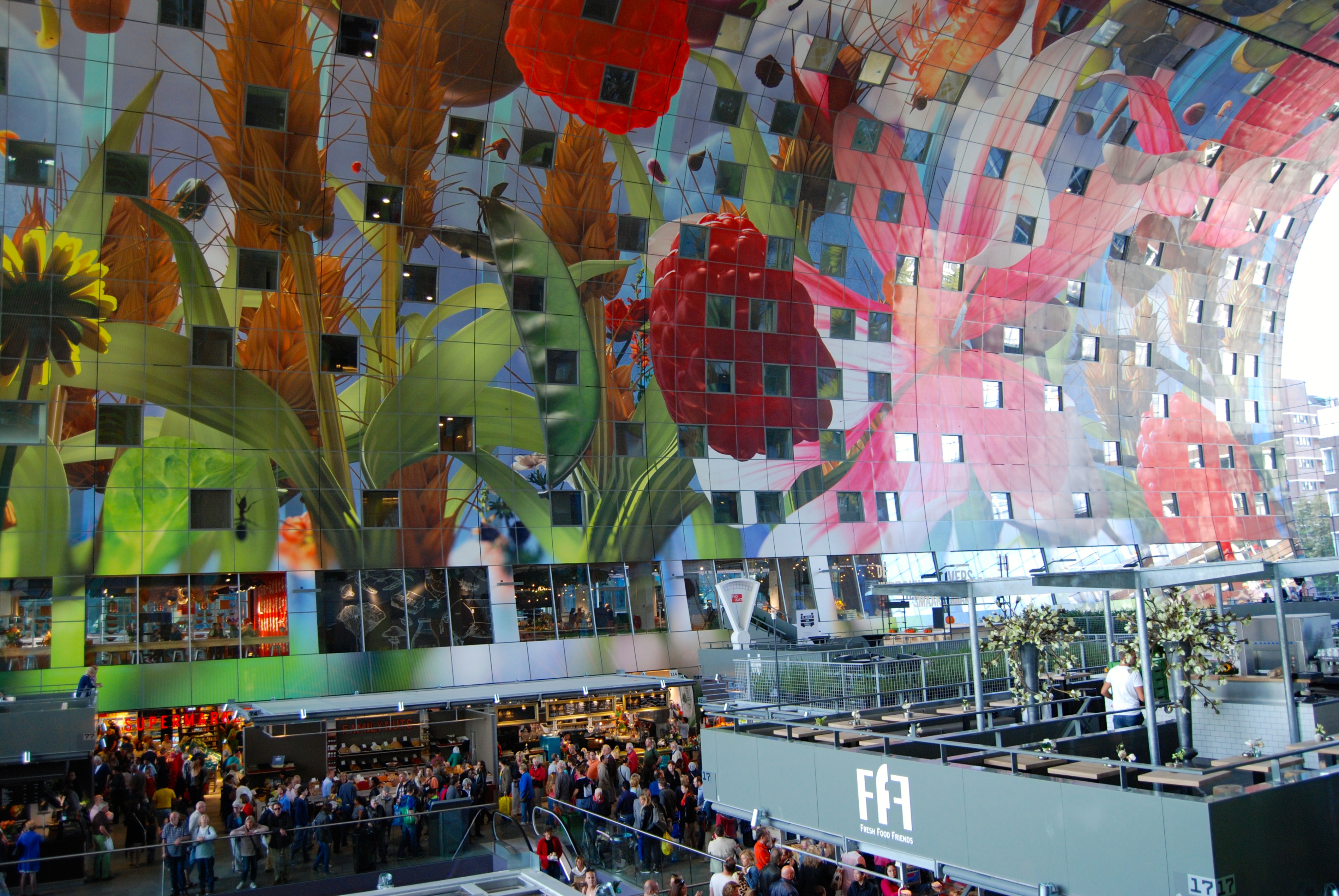 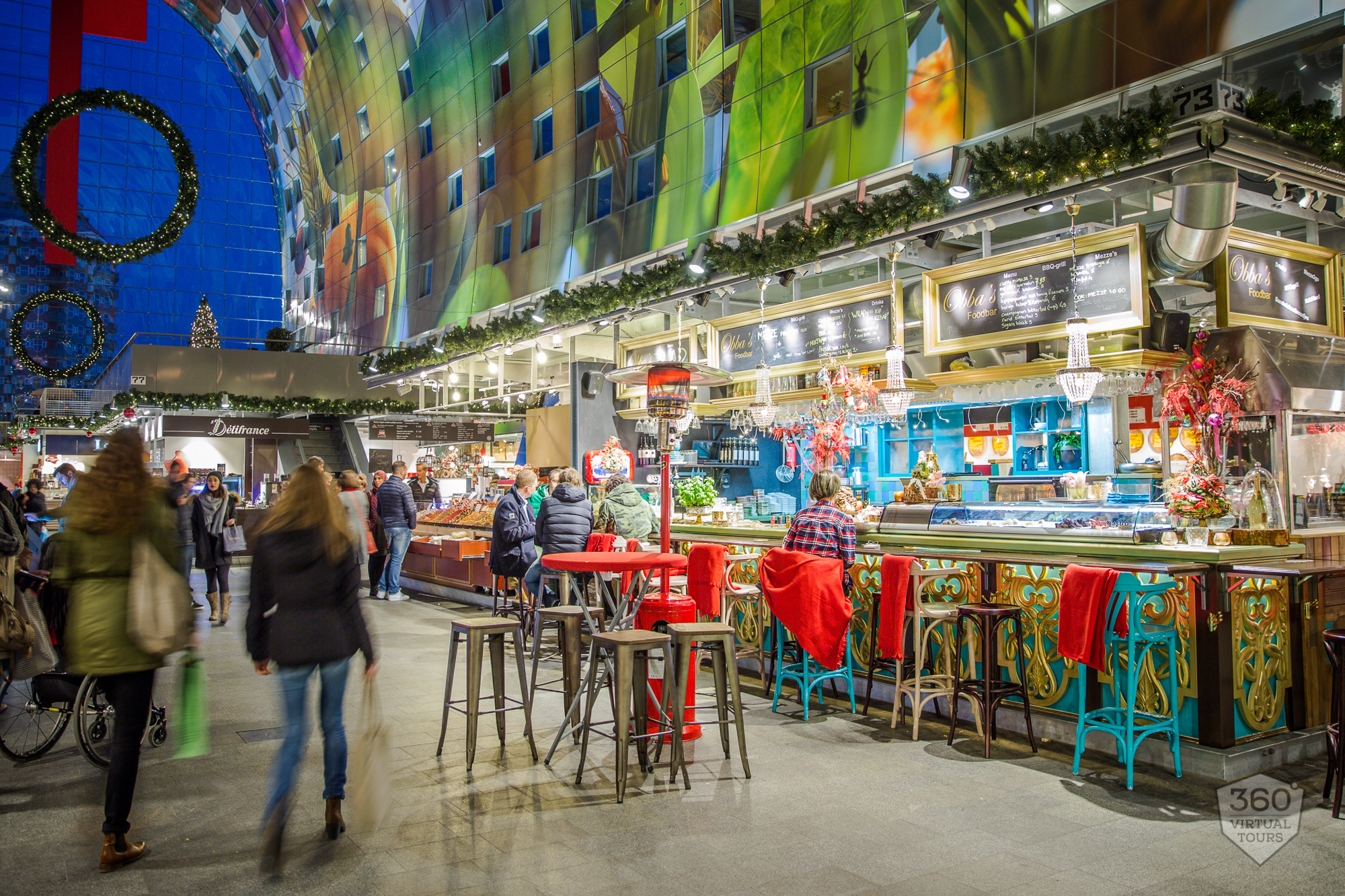 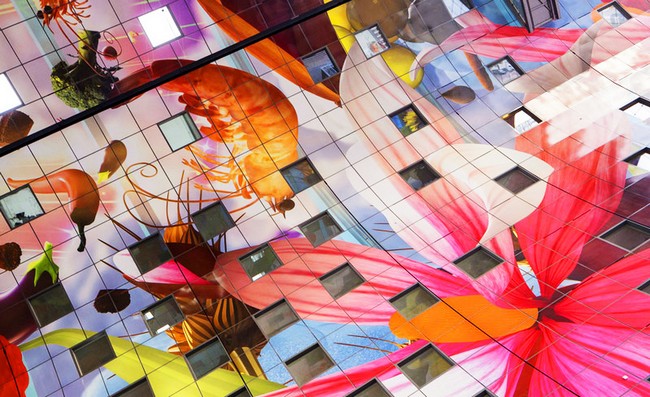 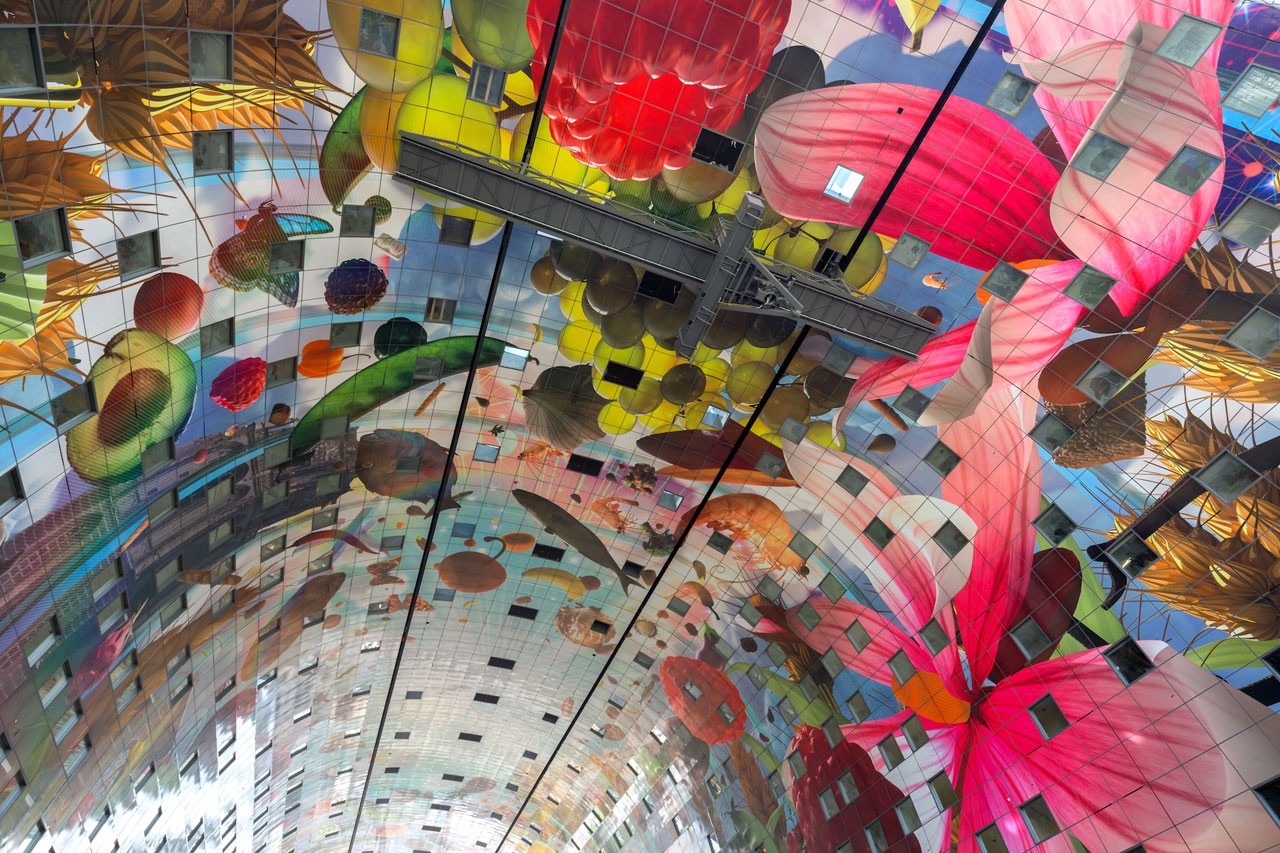 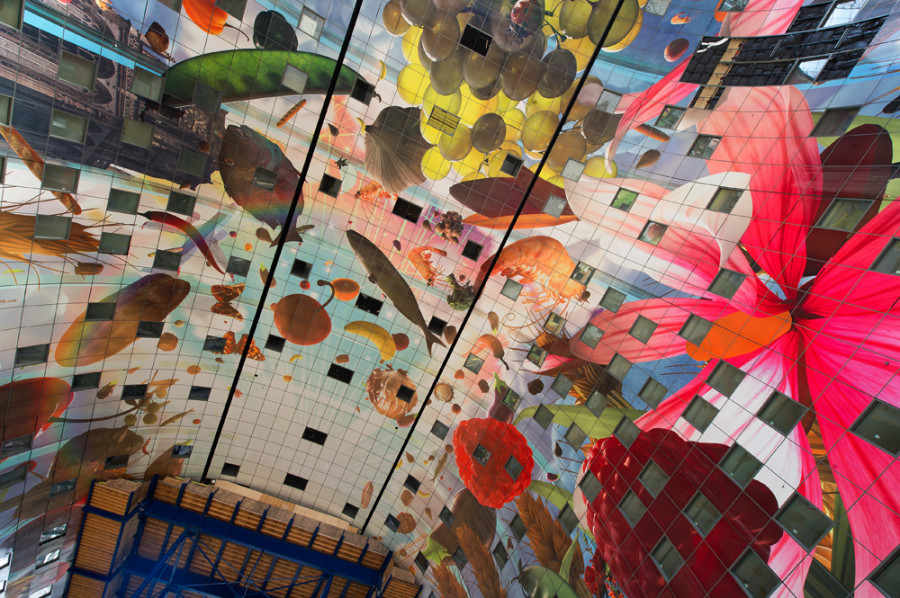 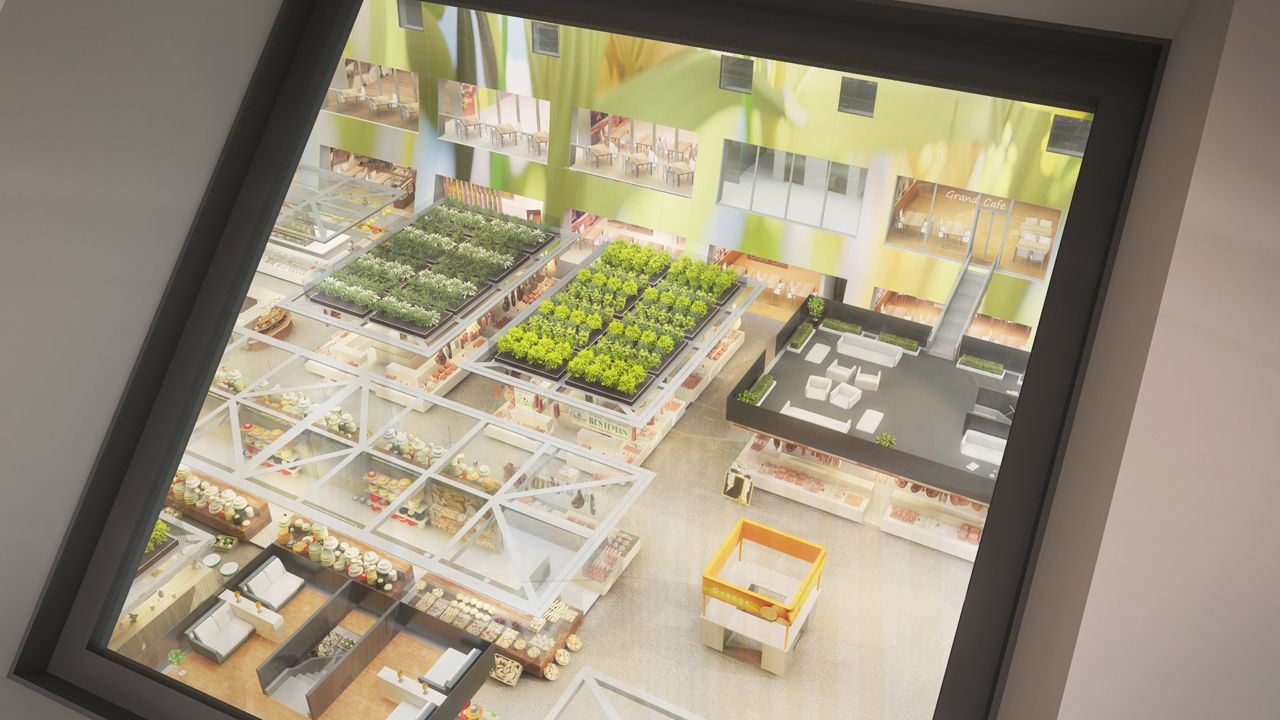 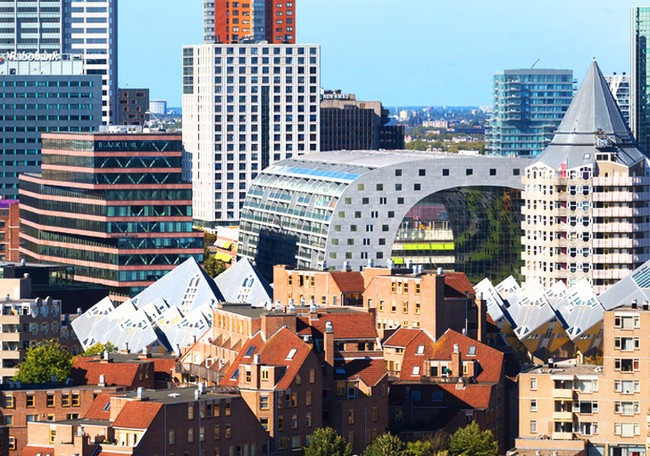 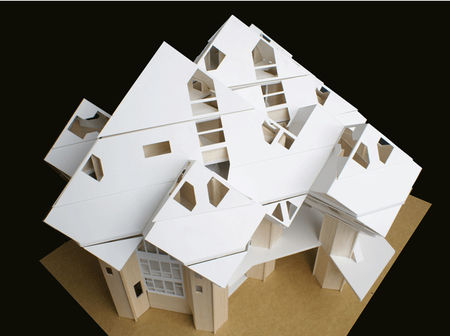 Cubic houses Kubuswoningen Dutch are a set of innovative houses designed by architect Piet Blom and built in Rotterdam, in the Nederlands.

Cubic houses or cubic houses (kubuswoningen) are a set of innovative houses tilted cube-shaped, built in the Netherlands in the years 1970 in the cities of Rotterdam (South Holland) et Helmond (Brabant) and designed by the architect Piet Blom. 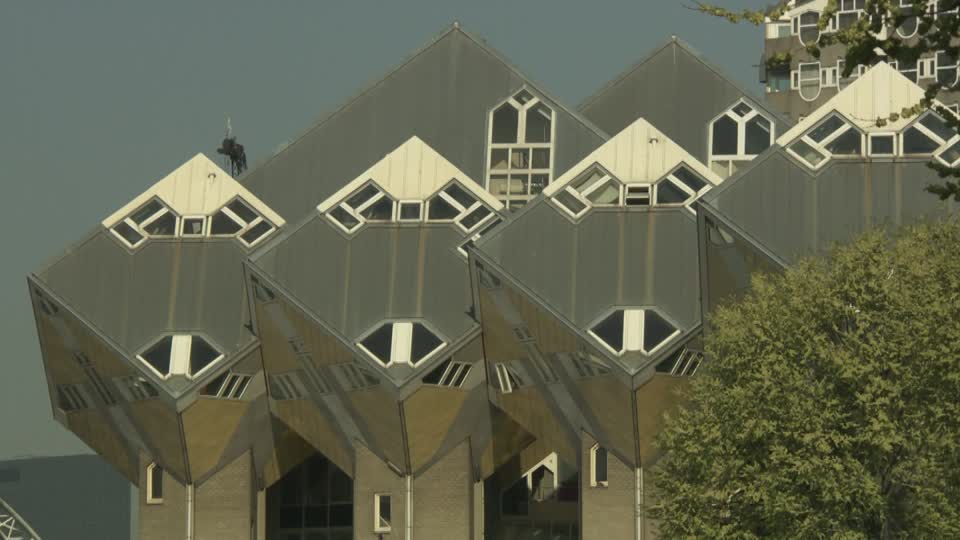 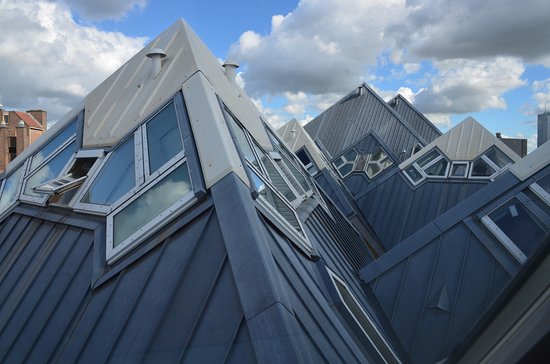 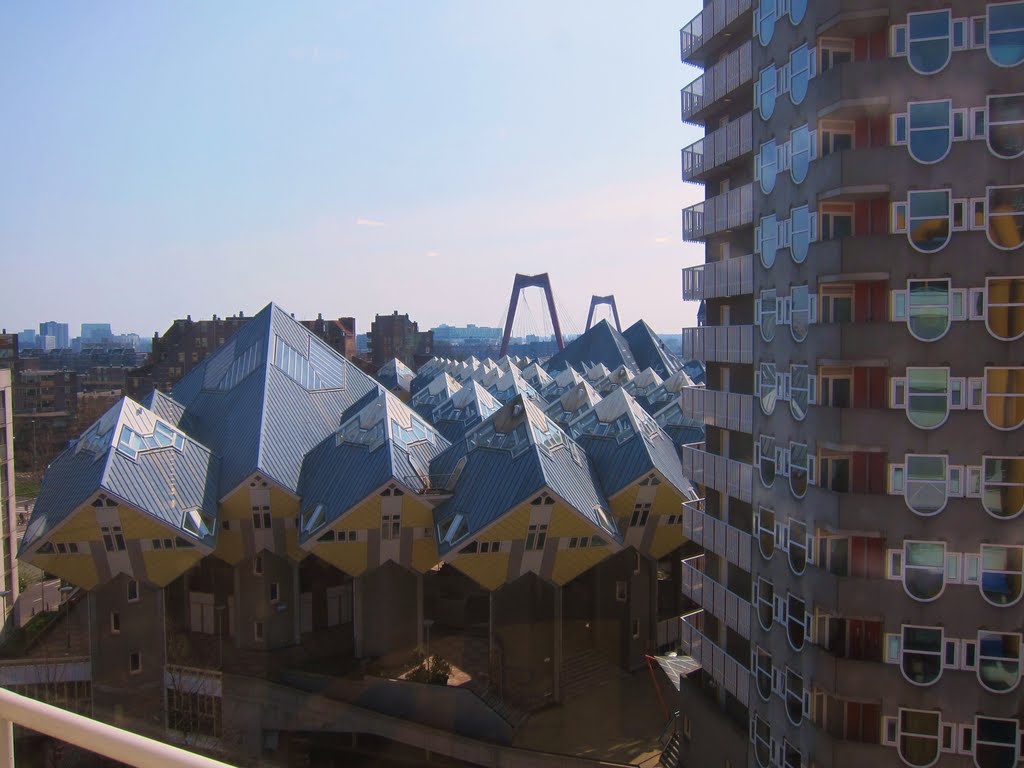 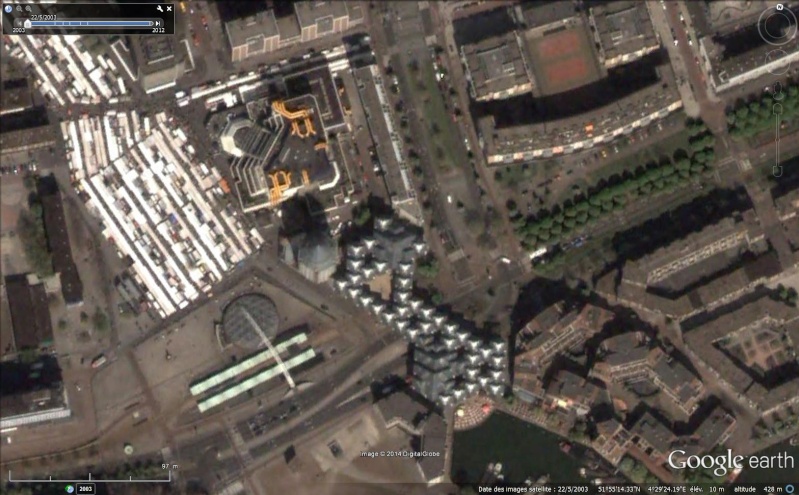