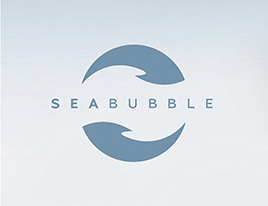 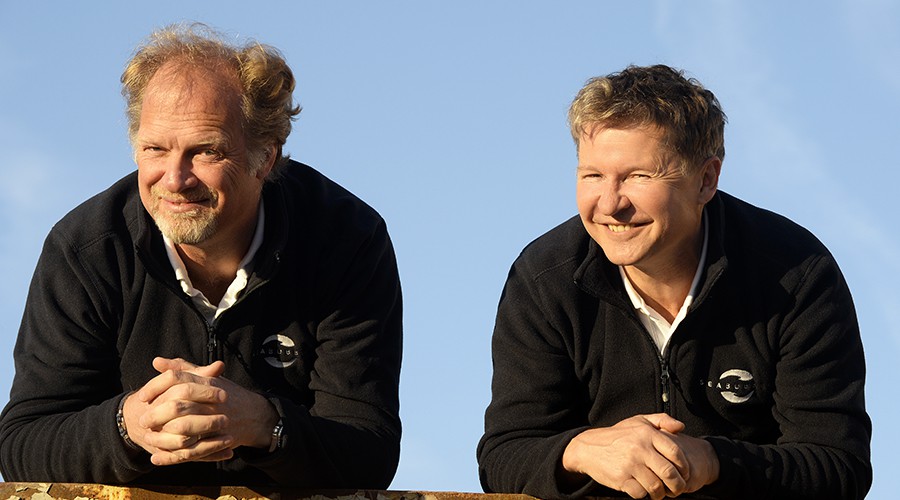 INNOVATION – It's the home stretch for Sea Bubbles : the French start-up tested his flying taxi Mediterranean Sea, La Ciotat, to fix the last details before the testing phase on the Seine this summer.

The “Sea Bubbles” were there only a few months a project. Advancing at high speed, it is now becoming a reality, thanks to the first tests of a platform for testing, who comes from “want” above the waves, The bay Ciotat.Destinées to become the first electric boat taxis, these “Sea Bubbles” are built in several places, in Switzerland in a place near the Berre secret pond. The first public trials are planned in June, on the Seine, in the presence of the Mayor of Paris, Anne Hidalgo. But many other cities around the world are already very interested.. including Geneva !

The concept was devised by Alain Thébault, the pilot of the hydrofoil, boat mounted on foils, which still holds the speed record on water, with 50,17 nodes registered in November 2009.

“They leave the water soon 6 knots (12 km / h)”, indique Anders Bringdal. “The first tests are promising, he continues, since we have managed to raise 200 kg more than expected. We have tested the principle foils, the rest of “Bubbles” between construction coming days”.

The originality lies also in pontoons of these future shuttles of the future, that will produce themselves their power, using the current river. They too must soon come into site. 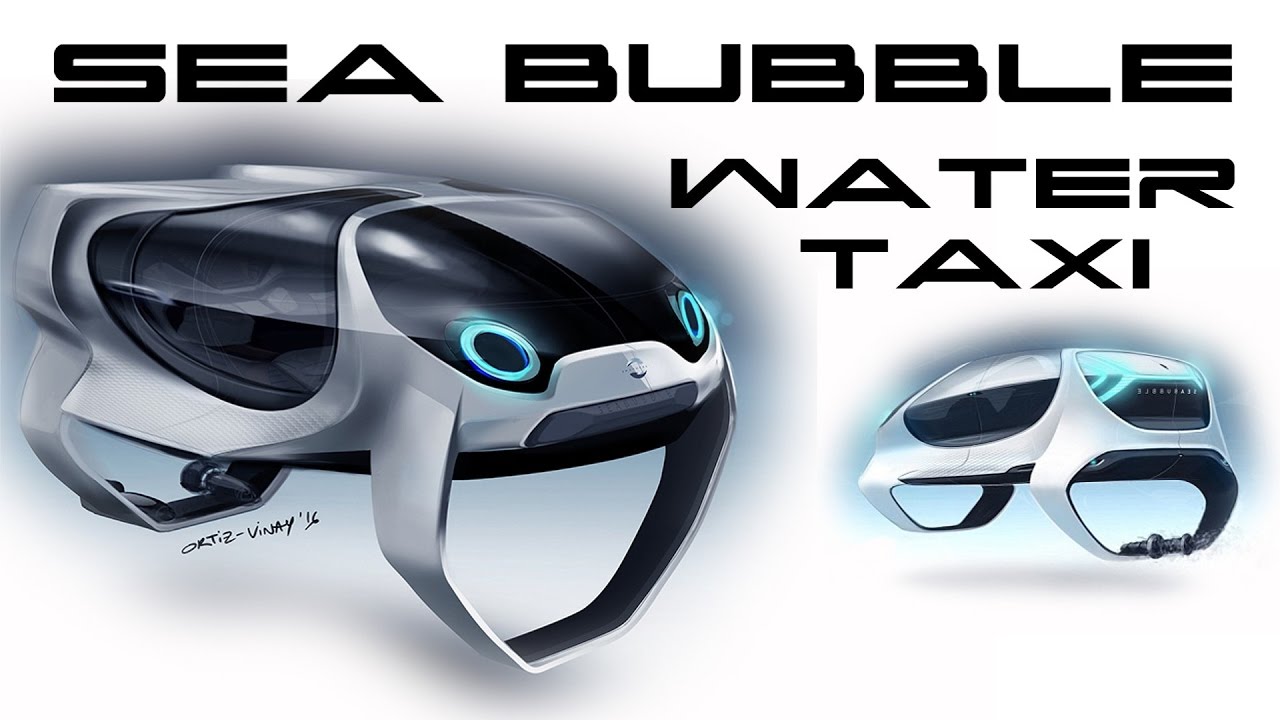 Here the future … France will make the’ test a boat – flying taxi that surfs two feet- above the’ water. L’ next year, Paris test a futuristic, boat – taxi prototype that will allow people to drag along the Seine, two feet- Over Water.

Vessel, called Sea Bubble, can travel up 30 km / h and can accommodate five people , including a conductor. According to the Telegraph, the vessel frame is fiberglass and high density foam.

The developers also hope the Sea Bubble vessels could possibly be controlled by applications like Uber car radio call. If successful in France, They also hope to use the sea Bubble ships in the course of’ of water in’ Other cities such as London, Geneva and elsewhere.

The countdown is engaged. In a few months, the first prototype of Seabubble should make its first flight on the Seine. Paris will be "pilot city" in this ambitious project environmentally.

Alain Thebault, inventor of the hydrofoil and Seabubble, says he got the idea while walking on the Brooklyn Bridge, At New York. "I thought there had to be a way to use the strength of the current", He tells, eyes sparkling with enthusiasm.

The idea is to place the turbines in future docks Seabubbles to fill recharge future flying machines with renewable energy. "There is enough power in the Seine and most urban rivers to power our vehicles", says Alain Thébault, conscious provide clean electricity. The other advantage of the solution is to ask docks without having to perform complicated connections to the power grid of the city. In addition, docks could be used to charge small electric land vehicles.

Launched last year, the project is progressing quickly. The docks are almost finalized, while the first flight Seabubble approach. In a few months, Seine should be the scene of a ballet of a new kind, starring, a strange vehicle browsing without touching the water.

Only four Foils, so large excesses, will be in contact with the Seine, thereby minimize the tub and therefore do not disturb the residents on barges, neither fish. Mindful of the minutest details, Alain Thébault even imagined sonar to scare the fish and prevent a bubble from hitting the.

in parallel, the inventor continues to discuss partnerships with prestigious actors. "We focus on our expertise", says Alain Thebault, which is in talks with Uber for the development of an application for controlling a Bubble. Another track is studied: integrate services Seabubble application Uber.

"We are considering a version 100% autonomous, driverless, for the United States ", Alain Thebault added. Could the battery be provided by Tesla, as loading terminals. 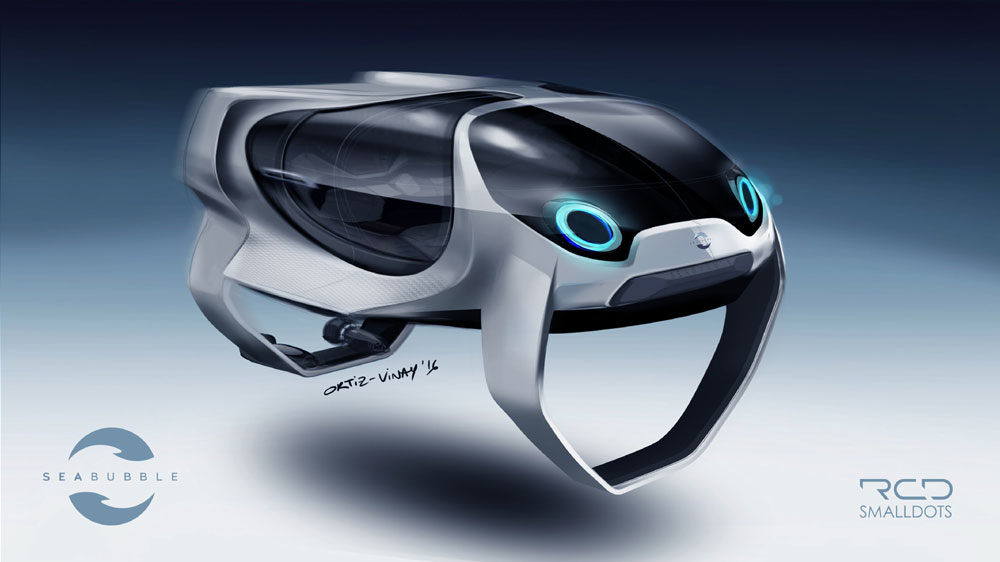 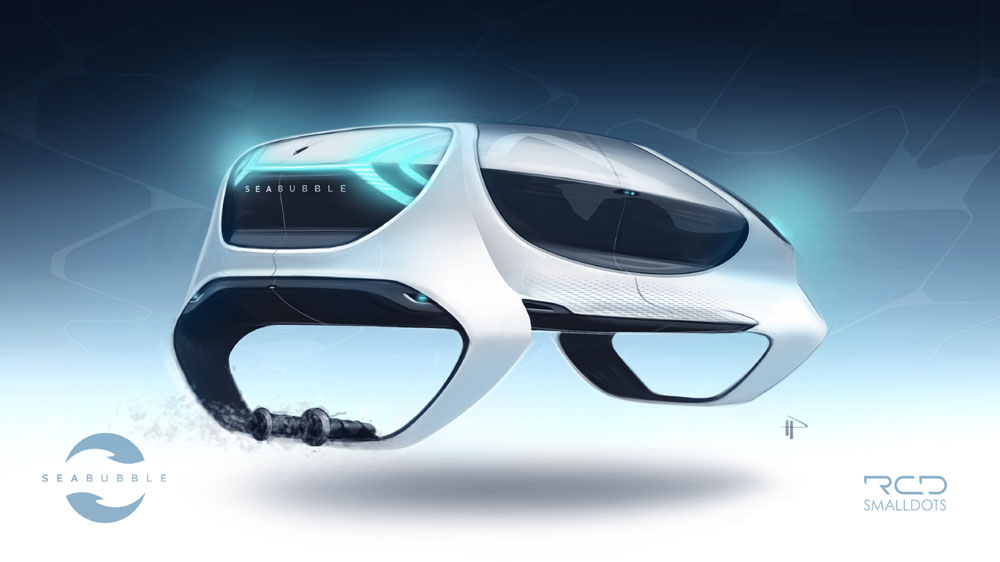 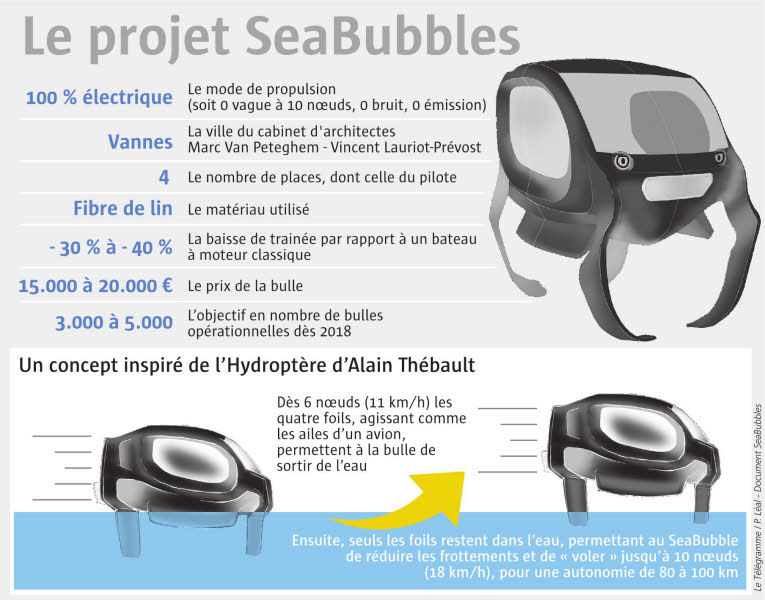 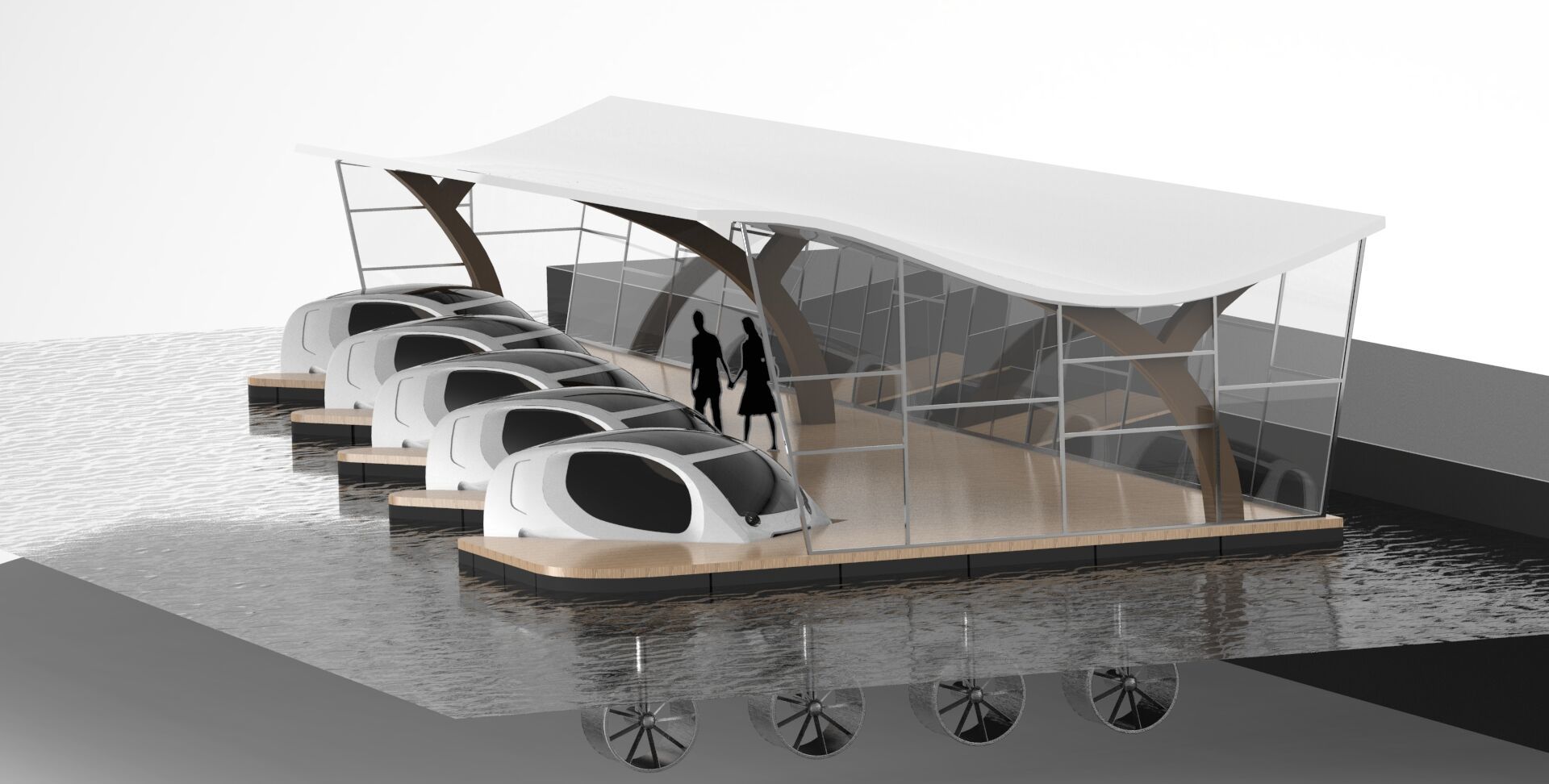 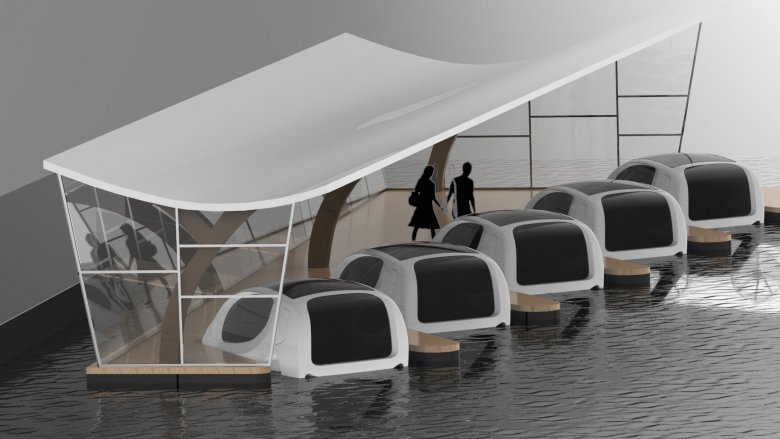 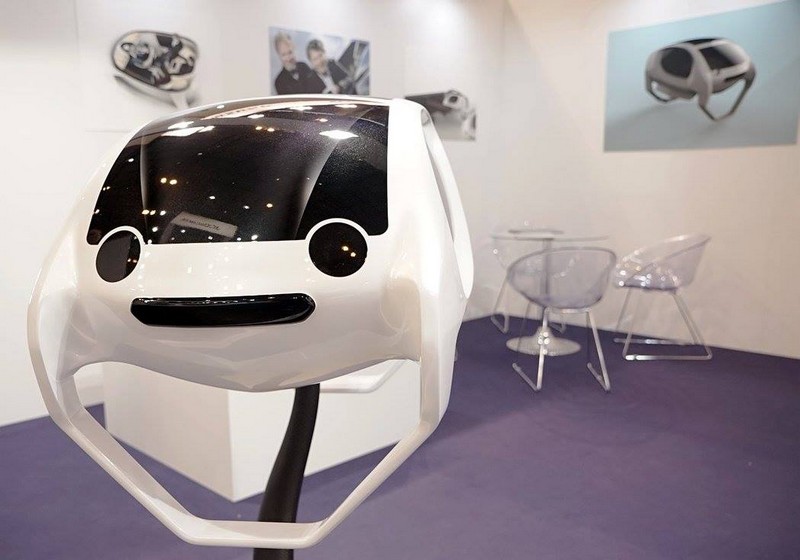 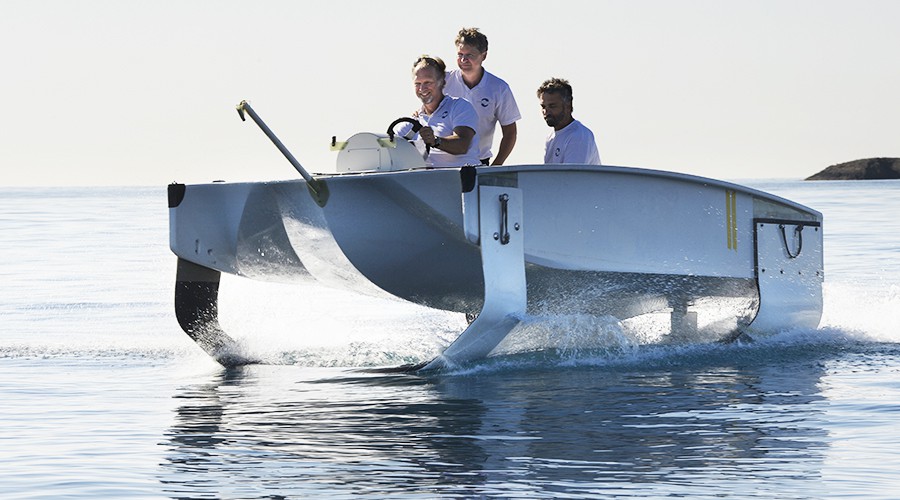 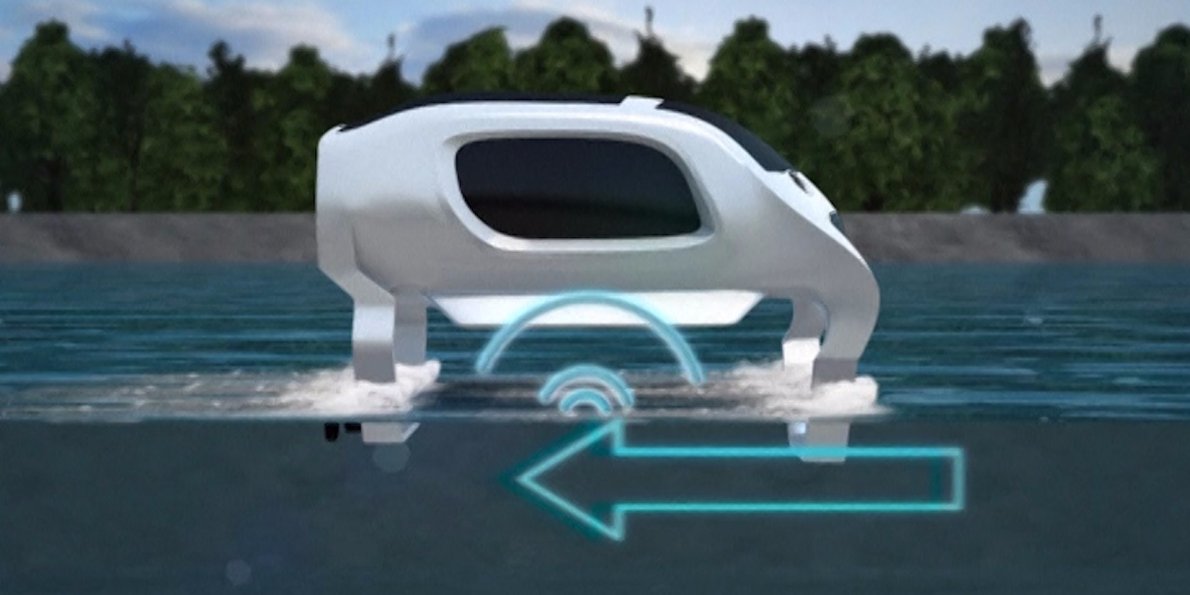 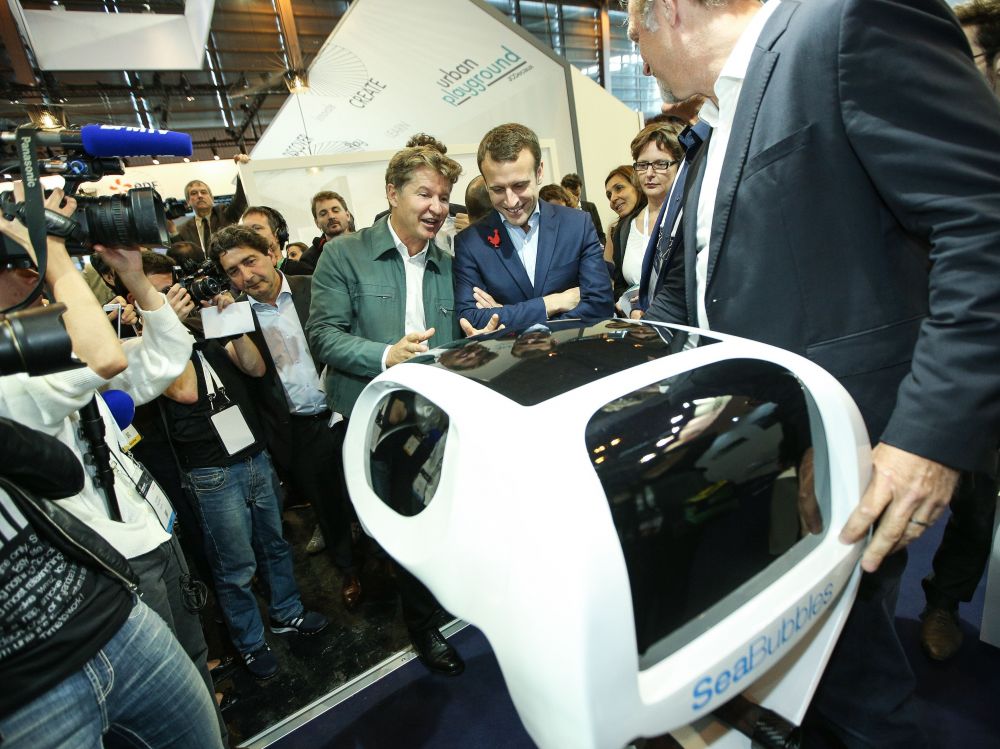 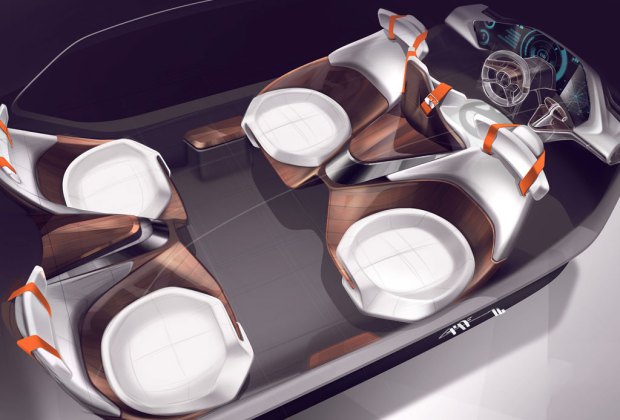 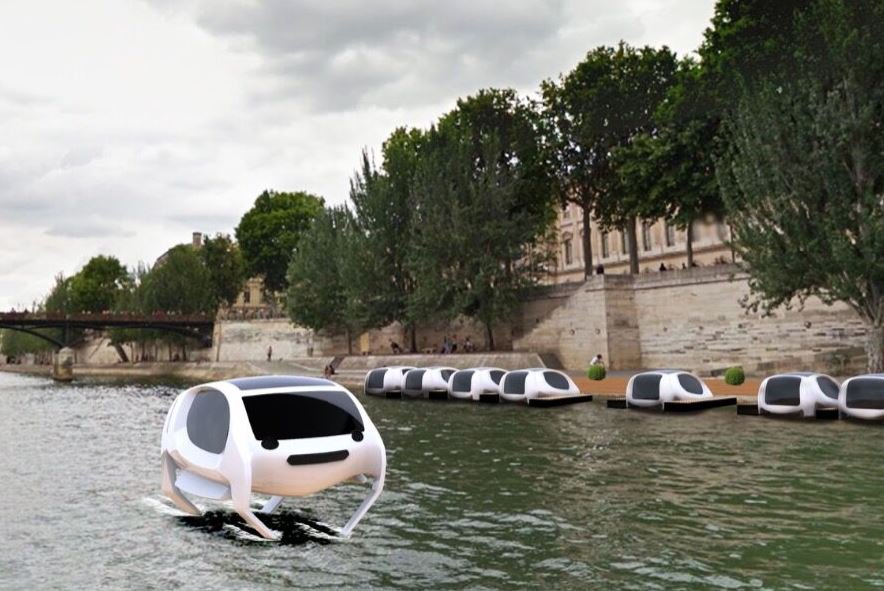 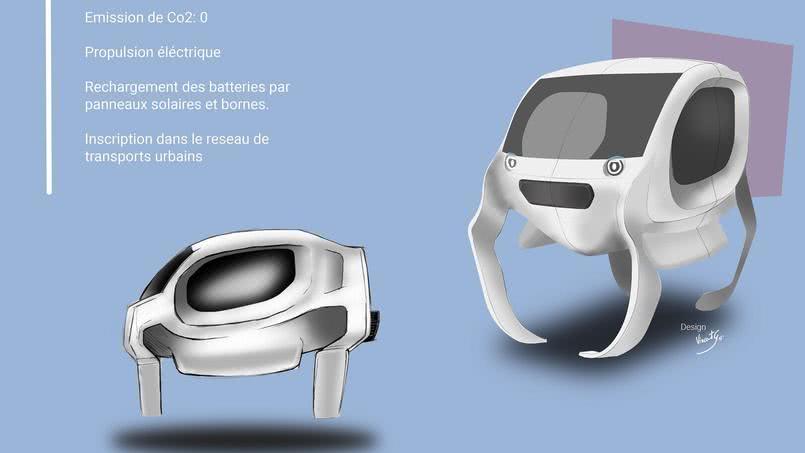 published by Detour on Saturday 15 avril 2017