The garden house called “TANA” was designed by the developer and Italian designer Carlo Zappa 1971 at 1980 about, produced and sold by the company Bungalows International SRL, Milan.

These Bungalows-portable age spaces ” which were originally produced by International SRL bungalows in Milan, have seen better days, as they sit in an Italian resort soon to be redeveloped. architectural futuristic abandoned structures … show extensive wear and tear, with cracks showing in clear plastic GRP hull reinforced with glass d & rsquo; origin. The plan accommodates options to install two folding sofa beds, a small bathroom and kitchenette, with built furniture that can provide a compact living environment and private. however, because of negligence level, restoration specialist and architect Pamela Voigt is looking for someone to bring these historic cabins back to their former glory.

Calling under another NAME: BANGA by Pamela Voigt.

Matt Putrino 8 July 2013
Somewhere in Italy, there is a scene very like a hotel Kubrick abandoned dozens of cabins futuristic all white sitting in disrepair. booths, called Banga, were constructed with a combination of foam and glass-reinforced plastic, and built to house about four vacationers both. The original designer of the cabins is actually unknown. The restoration of the Architect Pamela Voigt has already found a German company ready to take on the restoration project provided that they can find an investor.

Pamela Voigt's long-standing work as an architect in the field of construction with plastics, he was informed of the impending reduction and therefore available to & rsquo; an Italian holiday resort of 26 fiberglass reinforced plastic bungalows called BANGA, Current owners no longer use these vacation homes.

Avril 2013 Pamela Voigt visited, documented and measured these Banga. A owner spoke, to let go in your mind the possibilities of the future of this stylish garden house.
Avril 2014, the first two purchase contracts were signed and immediately made Italy's first four Banga.
By April 2015 two have been restored Banga buyers but also other interested parties will be presented.
since August 2015 more & rsquo; buyers are sought.

Outer skin : is made of a very thin further bivalve shell compared Kunststoffbauten with 2.5mm of fiberglass outer layers and an intermediate layer of mineral wool foam core of max. 20 mm. This ensures minimal thermal insulation. Even the design of & rsquo; interior, bulkheads and furniture are made of fiberglass. Windows and ventilation in the ceiling, in accordance with the & rsquo; hot summer adaptation. You are a very small proportion, a shadow, but no joints to allow a constant project.

The Banga : were fully equipped in the factory produced and brought to the site as a whole. What, according to the owner by boat and truck.

Before restoration : Painted surfaces show signs of & rsquo; use to crack as a result of & rsquo; an external mechanical action or incorrect loading of the skin during transport in the years 1990. Because of d & rsquo rates, along vacancy and & rsquo; the corrosive sea air, the surfaces are attacked, Corrosion of metals and particularly the severely damaged support. A professional restoration is inevitable.

the Burrow, the italian futurists of the 70s′ Bungalows that have promised vacation space..

Inventor Carlo Zappa is back on the market even after forty years ! 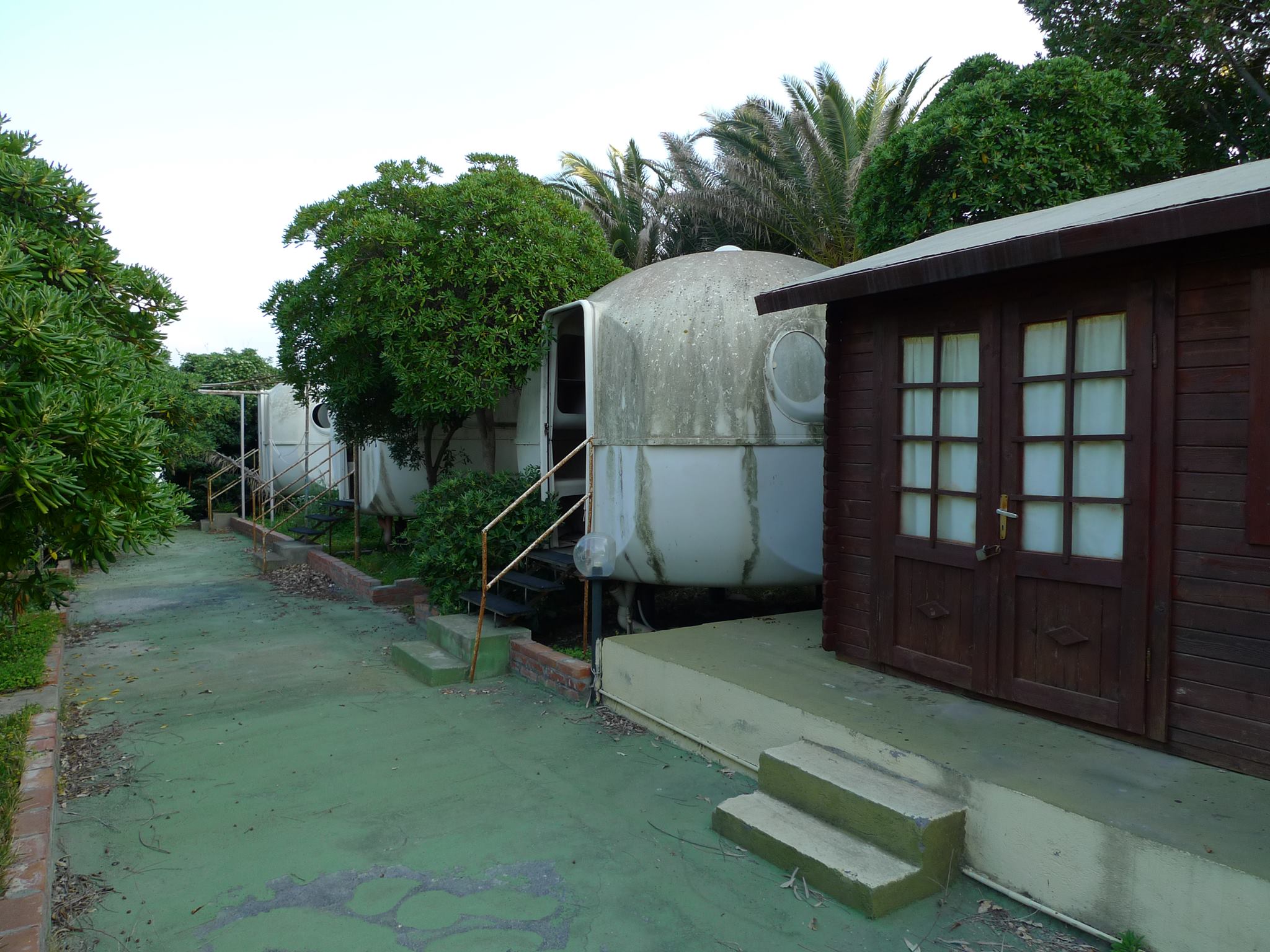 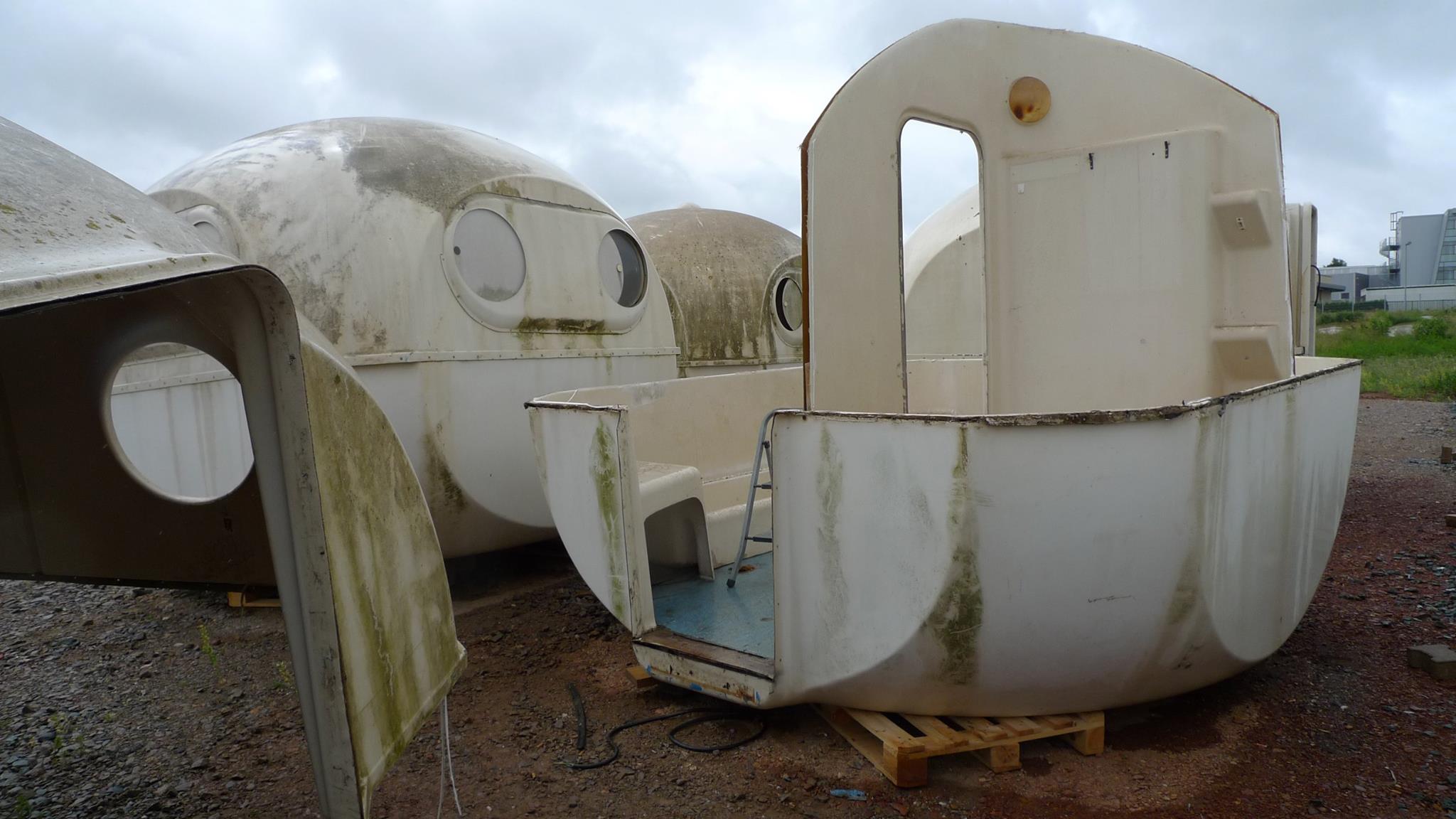 The interior is produced using the GRP, each element being assembled in the factory ! 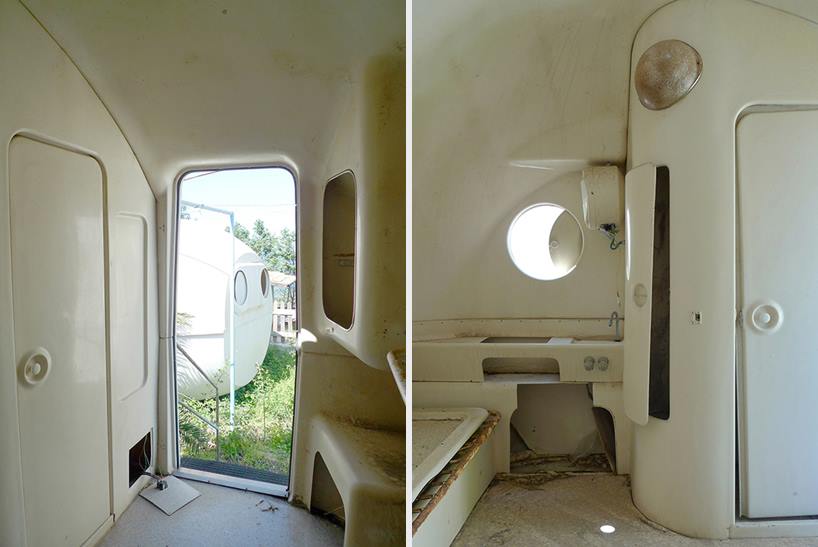 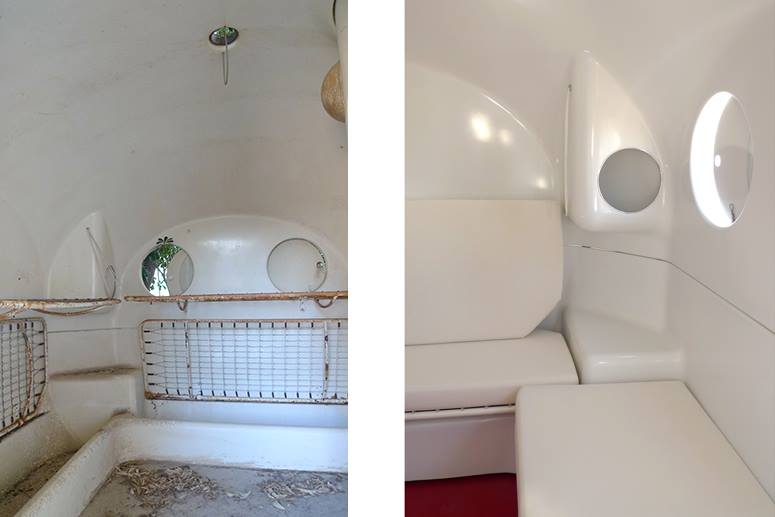 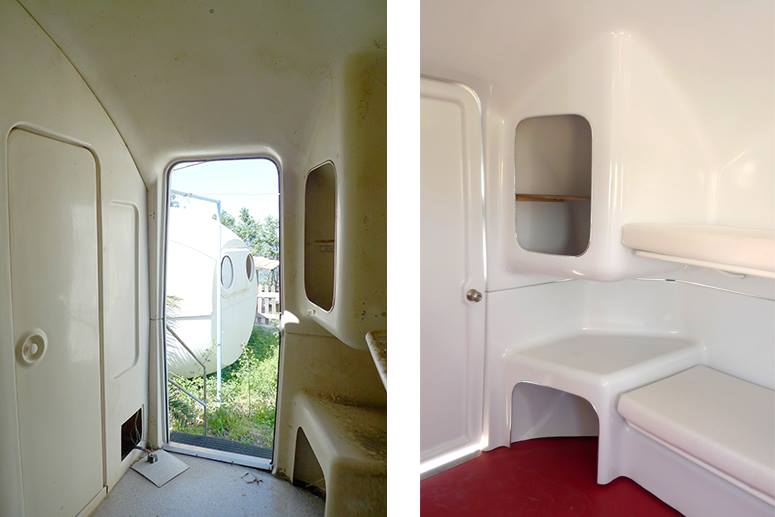 the Bangas must be restored to their previous state

the Bangas of 8,1m² were intended to be used as a small holiday home for up to four people.