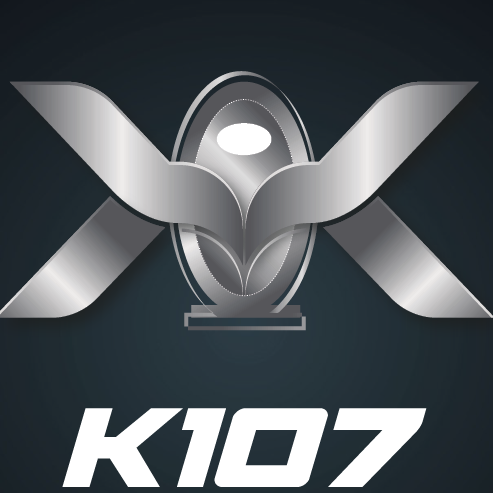 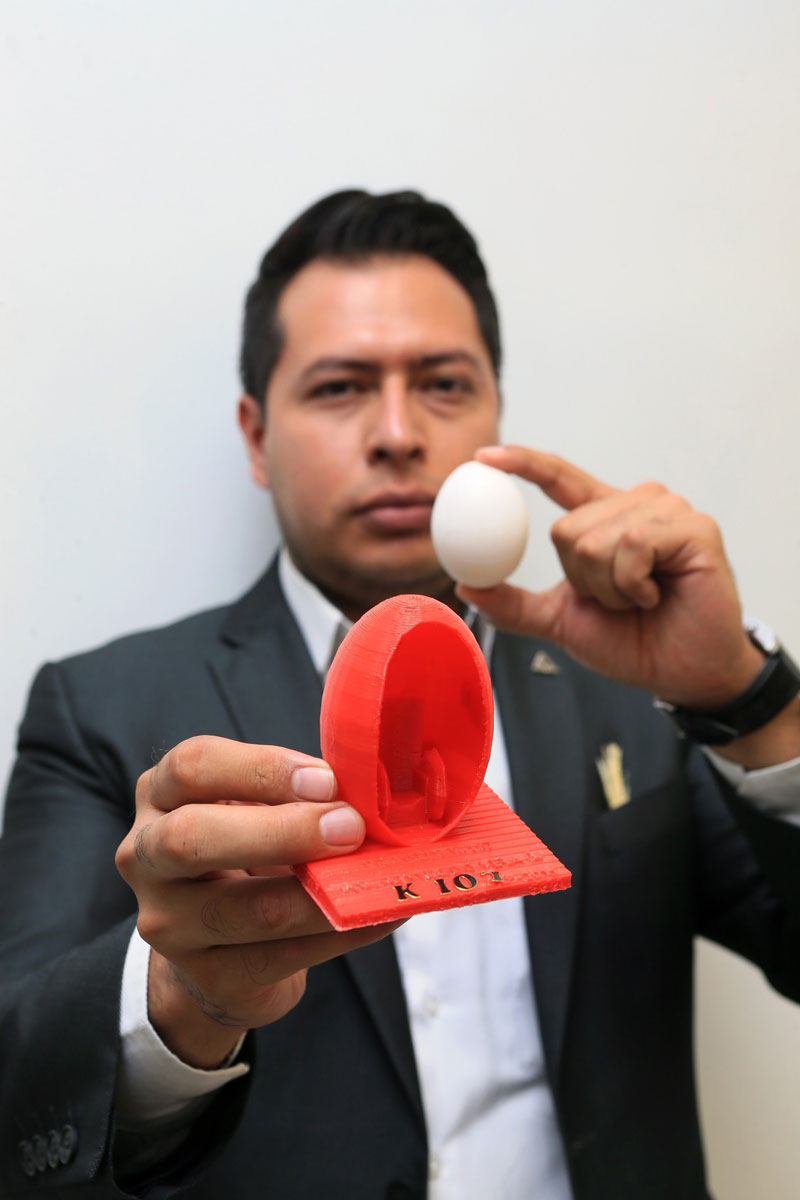 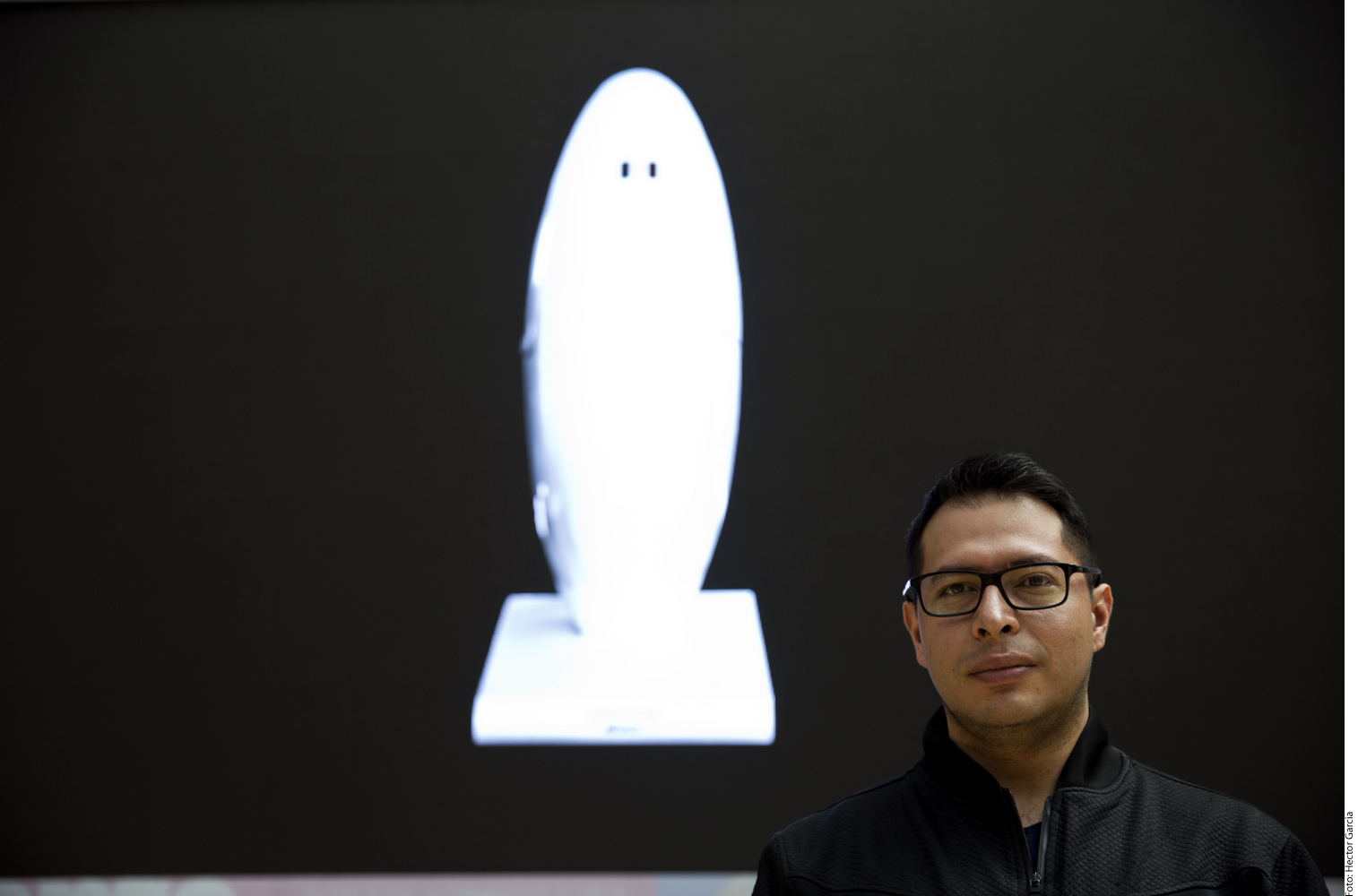 Its shape is oval. Made of powdered titanium alloy with steel, it is no bigger than your home refrigerator, its battery and the food it stores could last up to a month. This is the K-107, the capsule that can save your life in the event of an earthquake. Although it is related to’ alert of the national seismological service , the capsule designed by UNAM engineer Reynaldo Vela Coreño, has its own alert as a safety backup. The Mexican specialist explained to the Information Agency of the National Council for Science and Technology (Conacyt) that both alerts are activated when an earthquake occurs, when the person takes their place inside, software indicates the extent, the duration and duration of the tremor .

The K 107 has a water system for human consumption and an oxygen tank with a mask. The capsule is powered by its own lithium battery bank, with LED lighting and has a GPS system supported by an independent network of 18 satellites that will facilitate its location , even if telecommunications are affected.

Vela Coreño estimates that the cost of each capsule would be approximately 22 000 pesos since the materials are imported. Maintenance is simple because it only requires changing the water tank every six months and the oxygen tank every 30 month. The model is not exclusive to an earthquake . It can also protect people in the event of a flood because it can float; fires, because it is airtight, and even pyroplastic gases released during a volcanic eruption, although only for a short time because in these cases the temperature can exceed a thousand degrees centigrade.

This capsule could make the difference between life and death, even if you're stuck in the rubble ! The capsule is made of materials from the aerospace industry, has 30 supply days: a food bank, food and a dung compartment. The capsule will be given to a building in the Tlatelolco real estate complex affected by the earthquake. 19 September.. 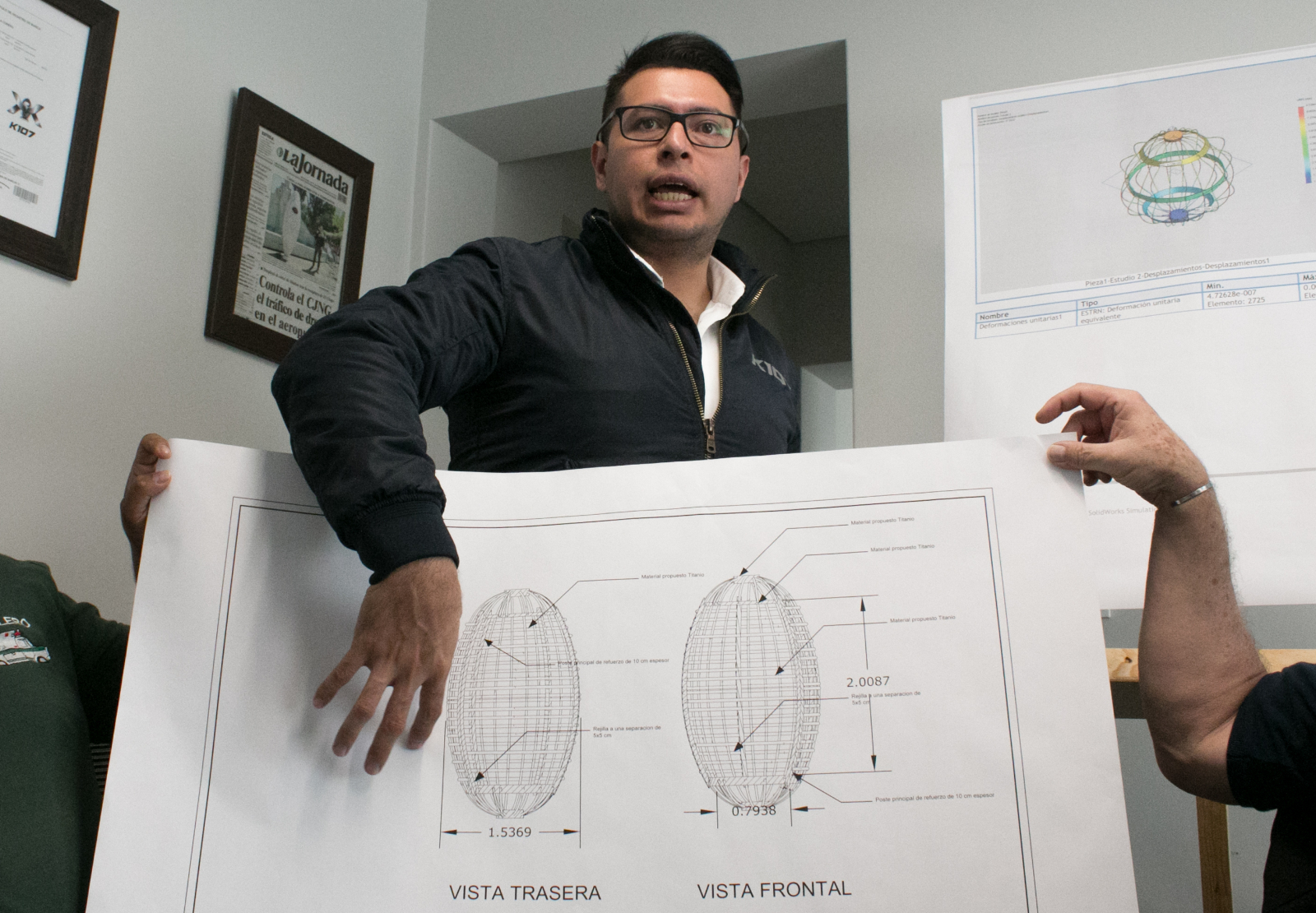 the capsule, in addition to protecting those who enter it, offers hermetically sealed containers containing oxygen, water and food. All the design and features that distinguish it were created by Vela (himself) and his partner, the Italian Designer Flavio Mericio. According to the engineer, another advantage of this model is that it can increase the dimensions and continue to be symmetrical, with the same resistance. This is how they designed capsules one meter high for children and 2,10 meters for adults.

For the moment, a prototype cabin was handcrafted in a workshop near Mexico City Airport. Selon Reynaldo Vela, in this way it would be possible to produce about fifty each month. “It fits perfectly, when you start using it, it is not uncomfortable”, said Vela, winner of the Mexico City Engineering Prize in 2009.

The K-107 capsule is constructed with aerospace material to increase its resistance. It is connected to the seismic warning system and receives information through software that allows the survivor to be informed of the details of the tremor. Furthermore, if the person is trapped or buried with the capsule, you can keep oxygen, water and food for 30 days, while the rescue is carried out by geolocation following the GPS of the aircraft. “For this reason, we thought of resistant materials from the petroleum or metallurgy industry, and we concluded that the best materials came from the aerospace industry. We have also thought of airplanes whose noses resist friction forces of more than 800 km / hour” explained Vela. 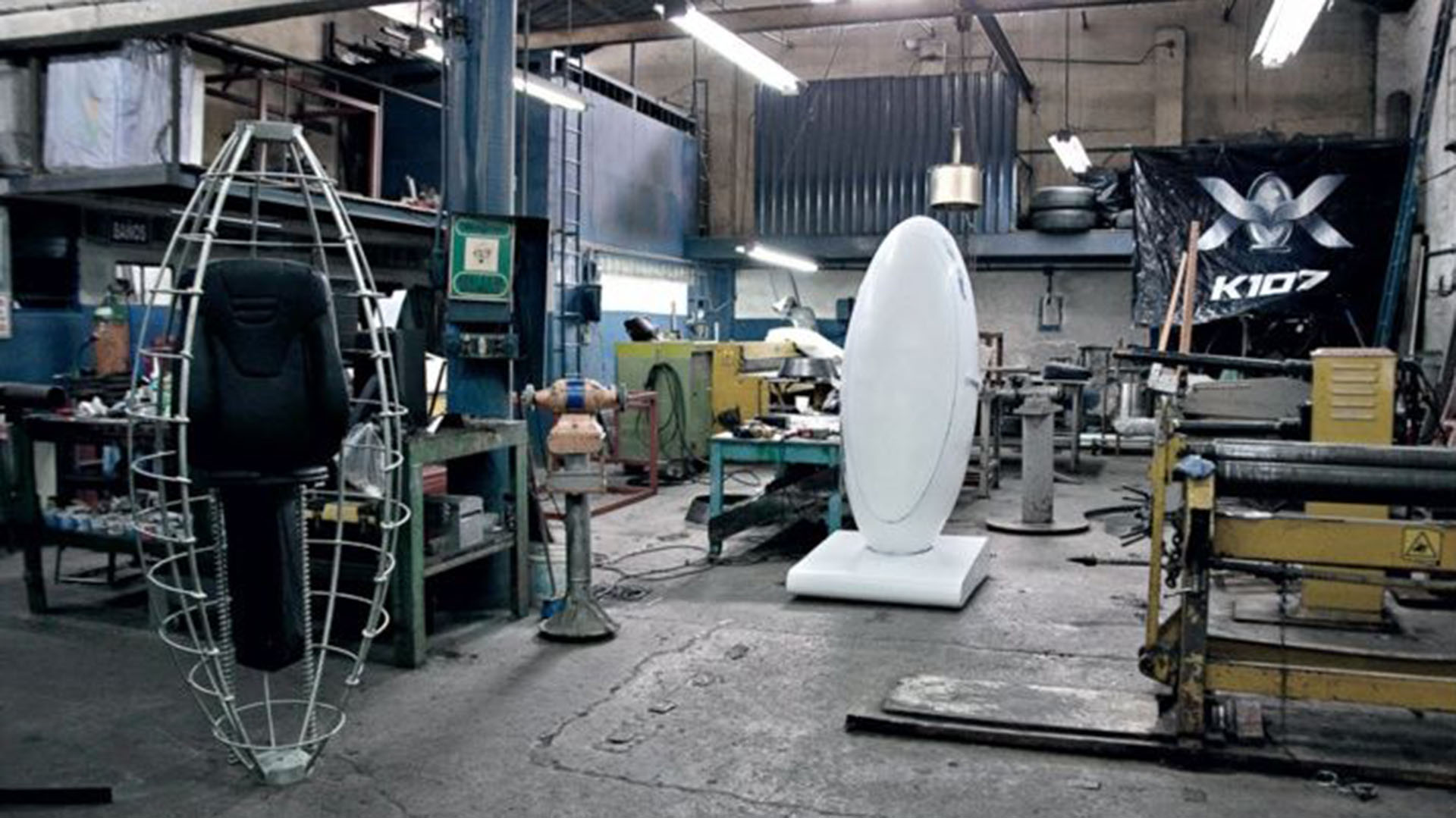 Workshop in Mexico where anti-seismic capsules are built…

The hull of the K 107 is made of composite materials and each responds to specific forces such as tensile strength, at compression, shear and bending.

The capsule K 107 has an elegant design, it is made of a titanium powder alloy with steel. 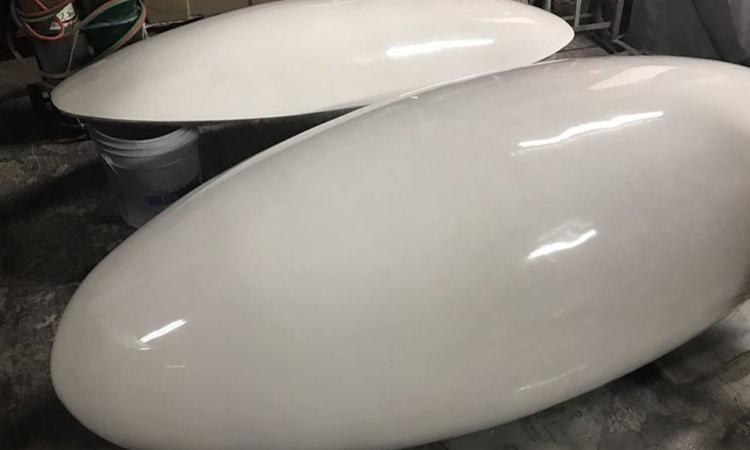 “So we have a material sandwich that allows us to guarantee or increase the chances of survival of the team member in the face of any impact during the collapse of a property., whether by a telluric movement or a natural disaster”, did he declare. Vela’s team, composed of engineers, seismologists, mechanics, geophysical experts and even a nuclear physicist, recognizes that the Valley of Mexico is exposed to an earthquake of more than nine degrees, as the engineer warned almost ten years ago. classrooms of the Autonomous Metropolitan University.

“With this idea, I started working to increase the chances of survival in the face of this great earthquake future and this is how the K 107 was born”, said the engineer. The capsule was presented in 2017 at the headquarters of the Italian Space Agency at the invitation of the United Nations (HIM-HER-IT). “We presented the invention on behalf of Mexico, which has been accepted by the UN. We also presented it to the Italian space agency very interested in GPS”, said the inventor. However, the first objective is to make it accessible to all the inhabitants of the valley of Mexico and to all human beings living in high risk areas. The invention, in general, is designed to protect people from flooding, tsunami or landslide. “We are talking about a device that will increase the chances of survival of the crew member”, did he declare.

Almost a year after the earthquake 19 September, Mexicans may have the solution to survive the imminent earthquake: the K-107 capsule. Sputnik spoke with engineer Reynaldo Vela, inventor of the invention, able to withstand the collapse of a building and provide oxygen, water and food to the survivor during 30 days. The idea for a capsule that detects seismic activity and protects people from collapse was born in Mexico eight years ago on the campus of the Metropolitan Autonomous University of Azcapotzalco.

“And principle, we practiced virtually with more 2 000 geometric figures and so we determined the model of the egg, which is the form of greatest resistance in the hemispheres”, Vela told Sputnik. "From now on, we started to study the different types of eggs until, with the help of a paleontologist, we got the egg shape in velociraptor, which is completely symmetrical and convex at the poles. K107 capsule “, he added.

AT 29 years, he developed a life protection system in a far-reaching loss. The project, who has already obtained a patent, will be publicly announced on 18 September 2015, one day of the 30th anniversary of the earthquake of 1985. Engineer from the Metropolitan Autonomous University (HOW), created a capsule-shaped device capable of resisting landslides and large amounts of debris and providing supplies for up to 30 days, antisismique . 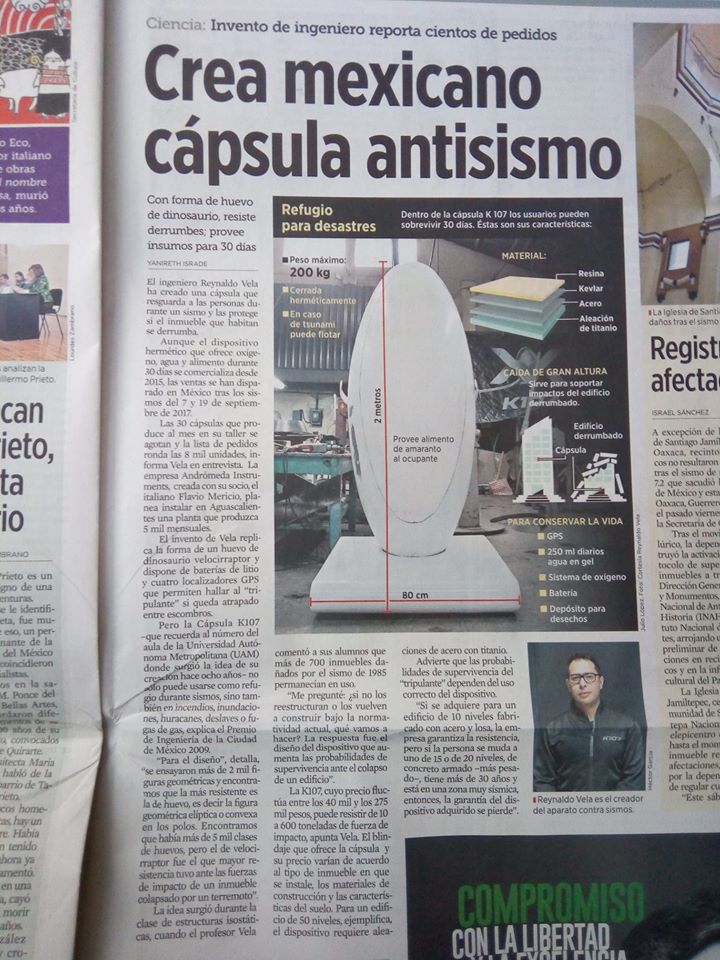 Reynaldo Vela Coreño, originally from Tepotzotlán, in the State of Mexico, is the engineering prize awarded to Mexico City in 2009. 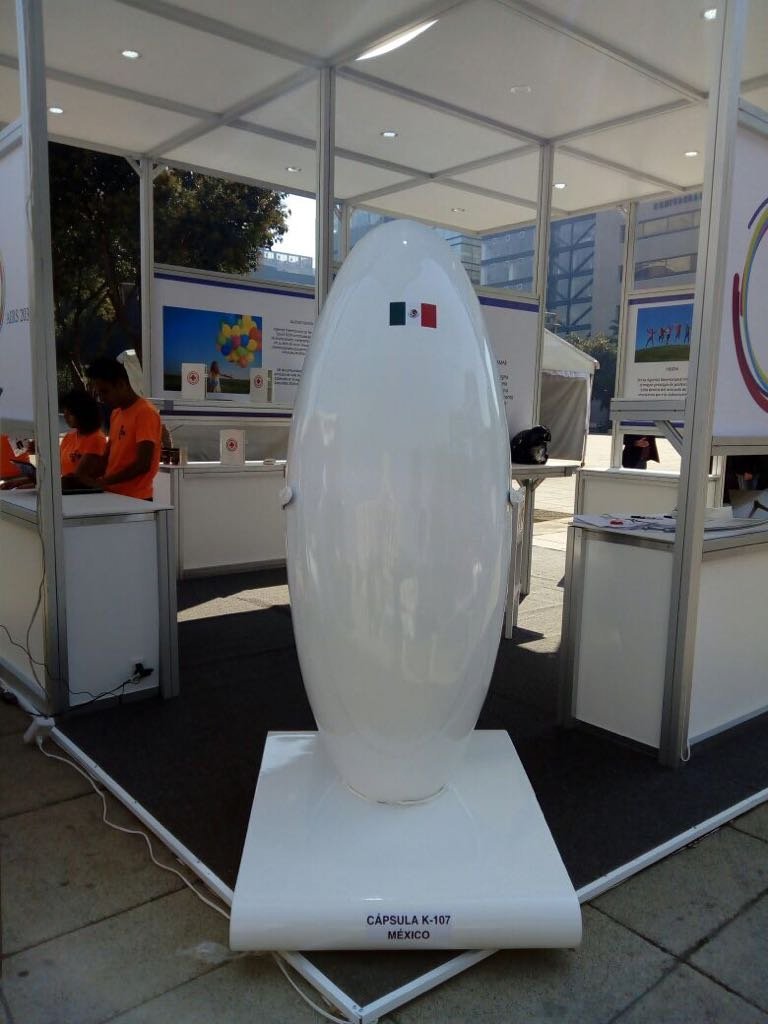 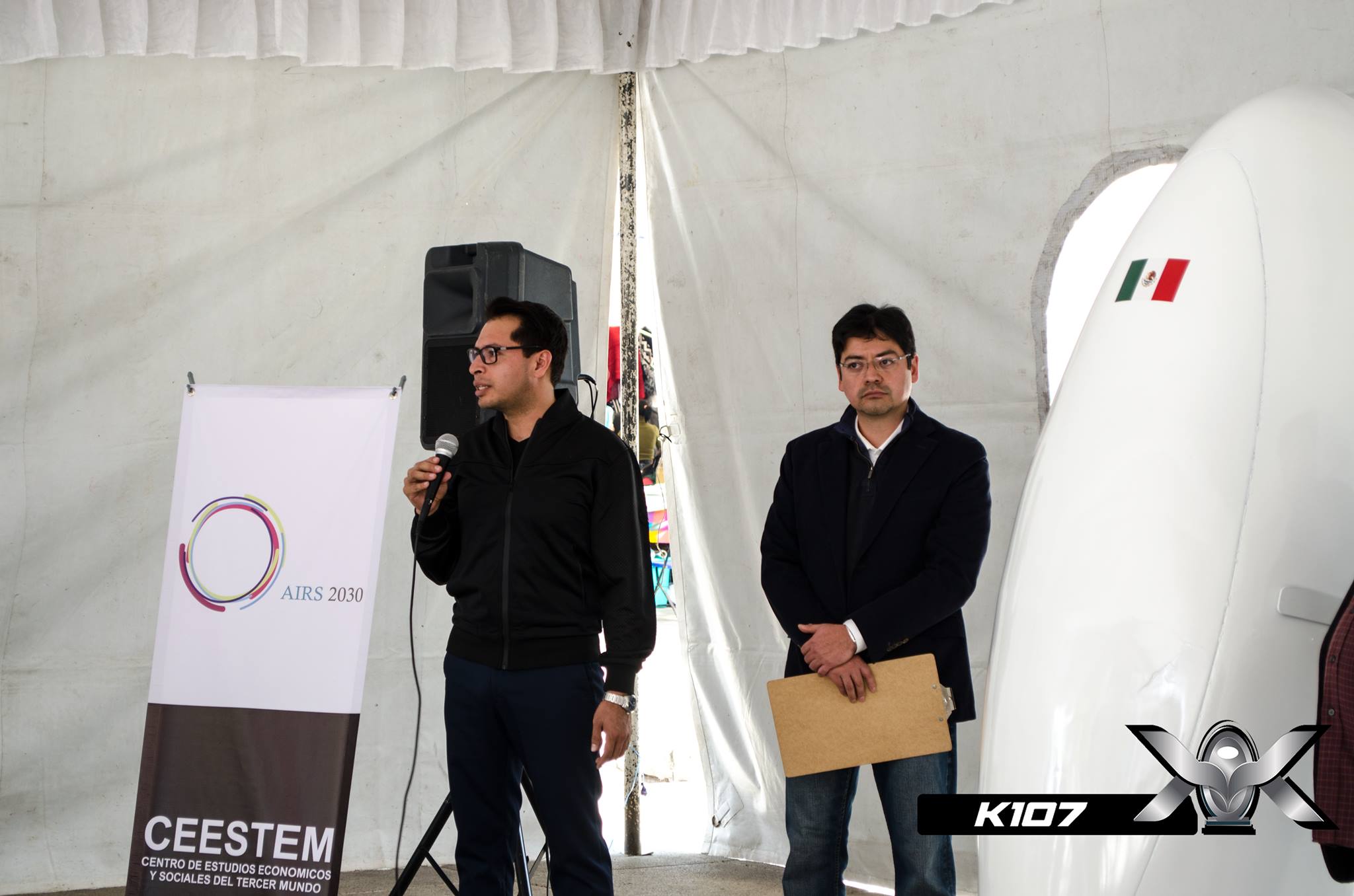 The egg-shaped capsule is the ideal capsule to withstand impact forces such as the collapse of a building. 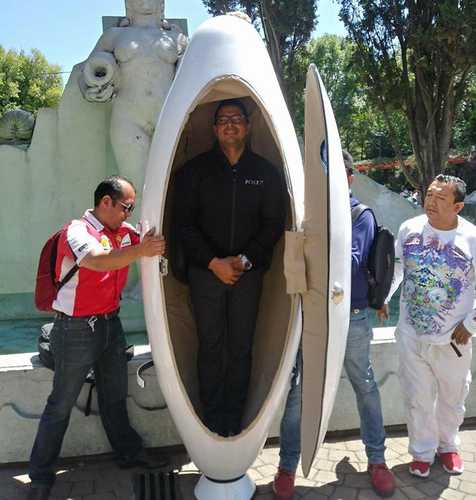 The young engineer produced about 30 capsules on average per month since 2015, but since the earthquakes of 7 and 19 September of last year, demand has reached 8 000 units, explained Vela.

Natural disaster such as earthquake is life threatening, difficult to predict and protect. Although seismic alarms exist, sometimes they don't even allow enough time to find a safe place.

This capsule, called K107, was developed by engineer Reynaldo Vela. This device can accommodate up to two people and is able to withstand not only earthquakes.. He explained that after many analyzes, the capsules, which presents four models and resistance levels according to the gravitational load requirements of each construction, took the form of a velociraptor egg, because it preserves the life of the egg. people in the best way. The capsule is also connected to signals from the K107 seismological and rescue flanges, while information on its benefits has already been presented to the United Nations and the European Space Agency. Vela explained that the shielding of this technological solution incorporates carbon fiber, titanium steel alloys, as well as various electronic equipment allowing him to establish a communication abroad, that is, it can be used in all types of buildings, including those of social interest . Finally, he indicated that the K107 Capsule had a weight, according to his model, from 60 at 800 kilograms and a price ranging from 40 000 at 250 000 pesos. 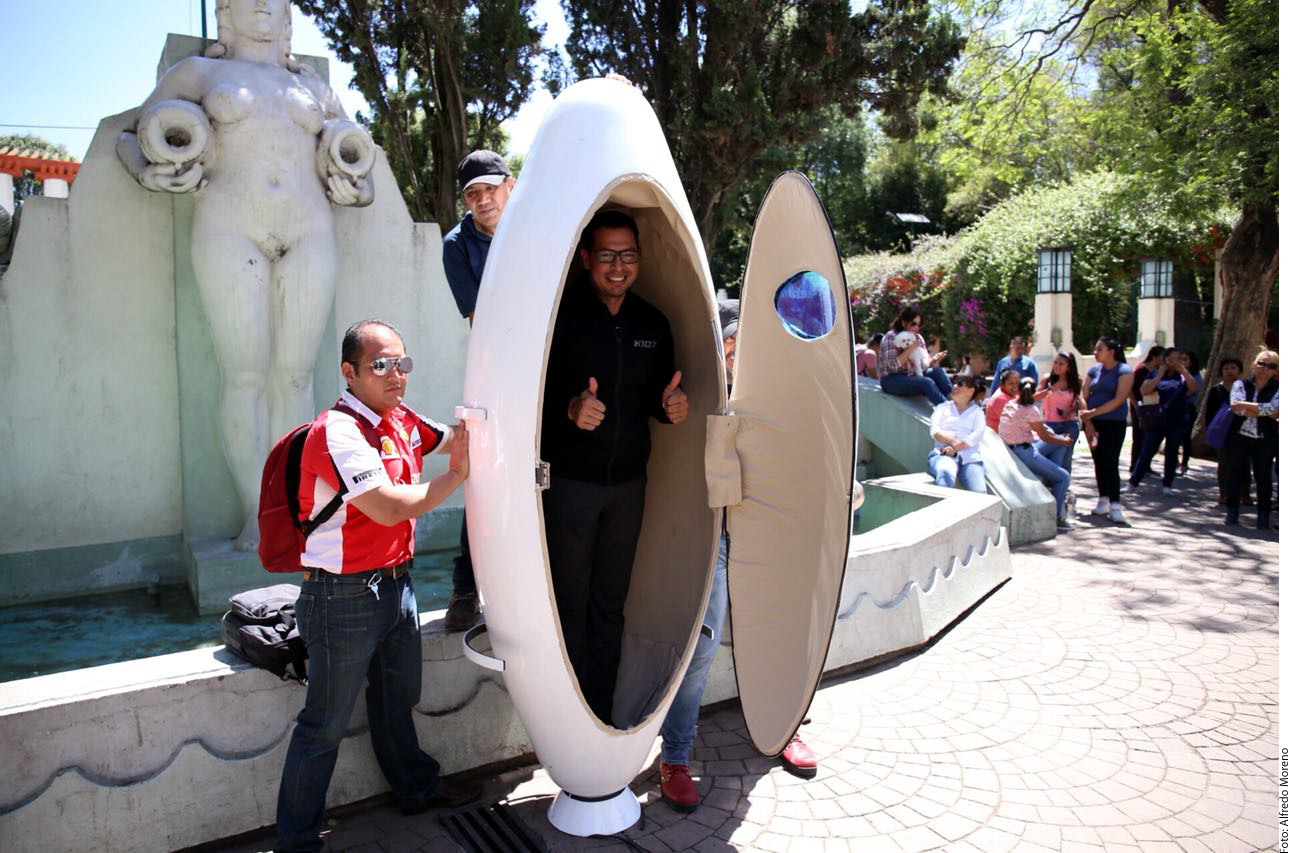 In front of a large group of neighbors from the Hipódromo district gathered at the Lindbergh Forum of Mexico Park, the engineer, resident inventor and entrepreneur in the Roma quarter, Reynaldo Vela, presented the K107 Salvation Capsule, designed to save people's lives in the event of a large earthquake.

K107 capsule, which takes its name from the UAZ Azcapotzalco class in which the idea was developed, has the ability to protect the life of a person and even pets during 30 days, under stable conditions and with the ability to meet food needs, of breathing and physiology, as well as anyone who may appear during this period.

There are different models depending on the type of soil, of the building and the materials where they will be installed. 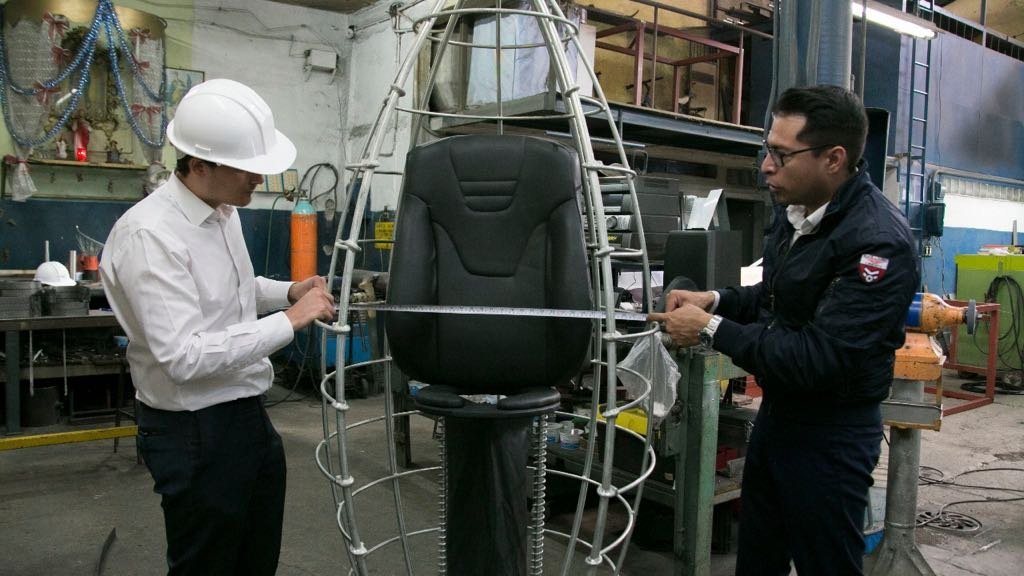 We use various materials, kevlar to titanium powder alloy with steel in the frame. 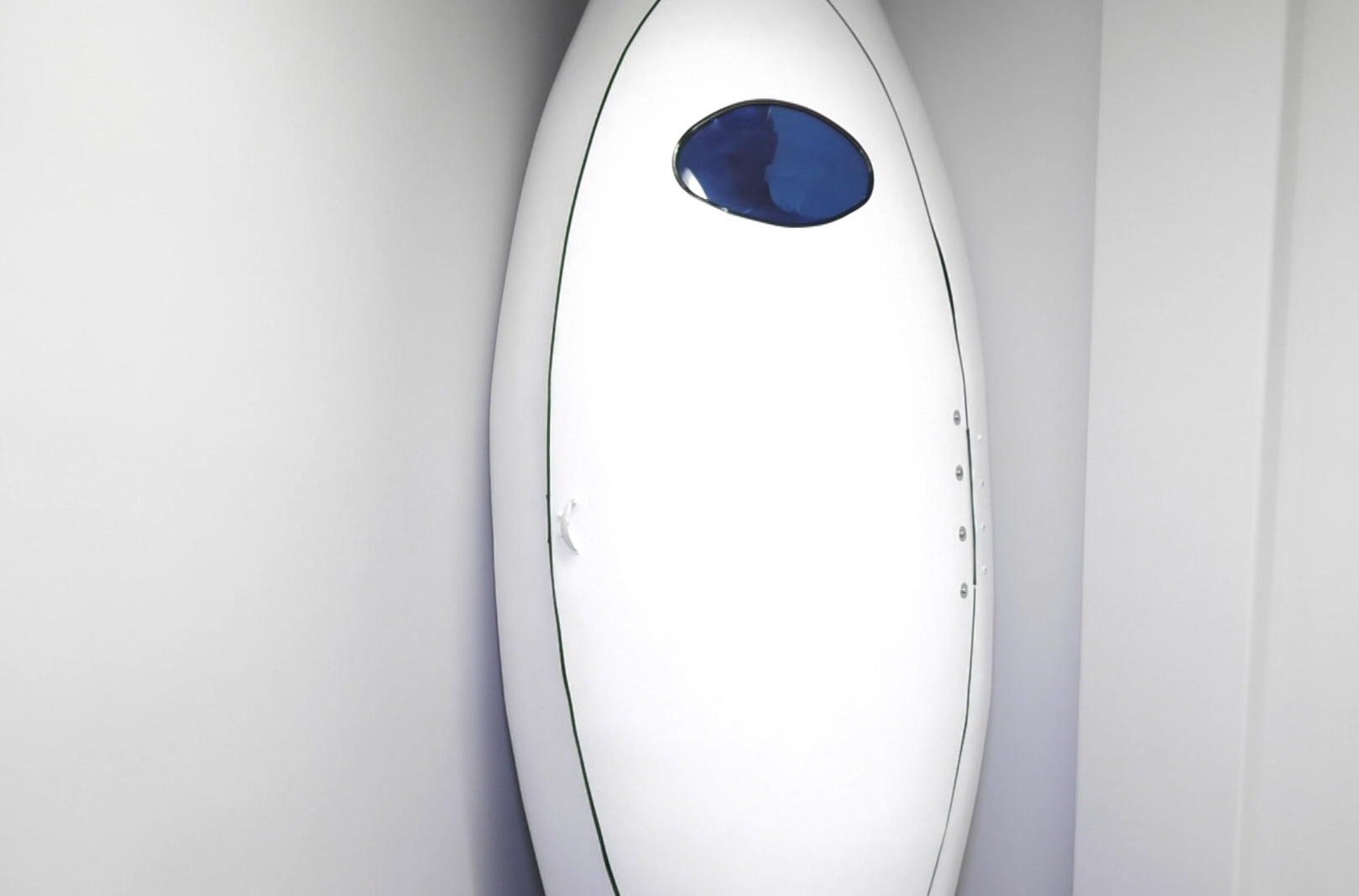 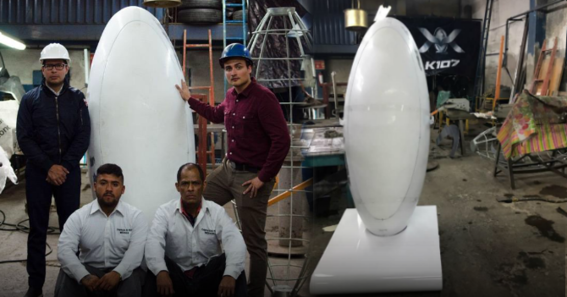 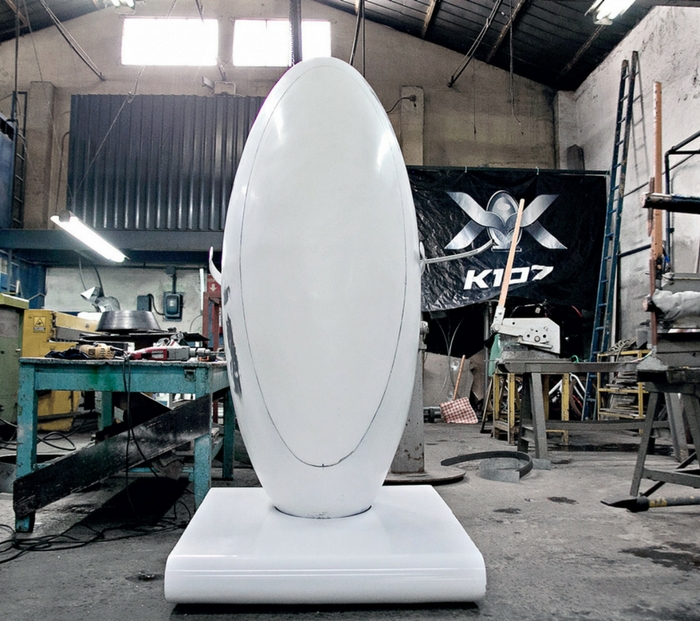 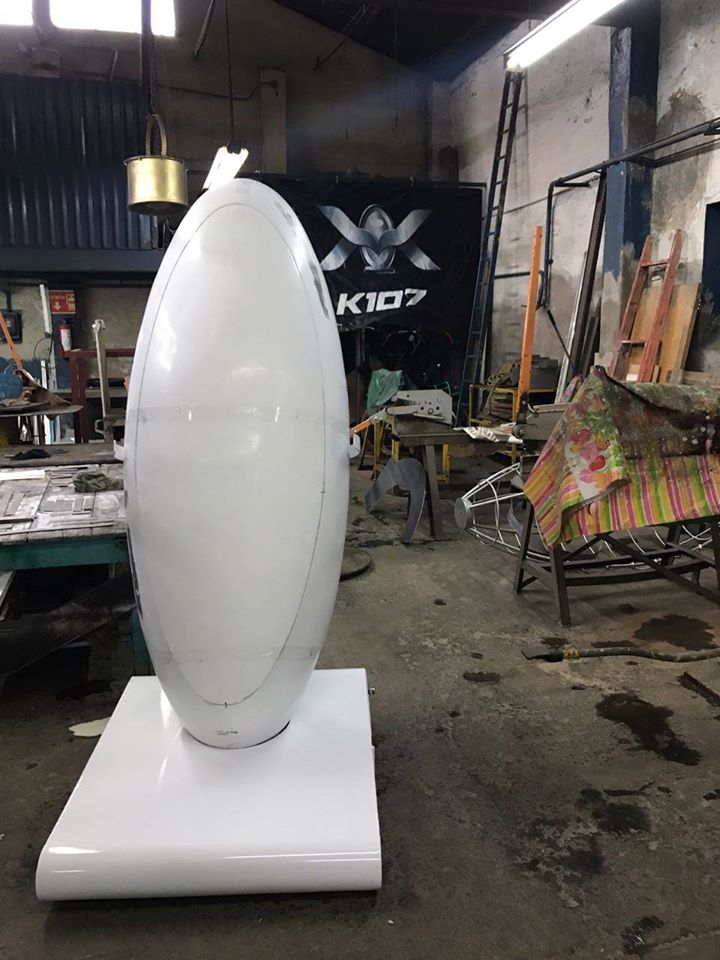 Survival capsule Egg K-107 In the event of an earthquake, take refuge !!! 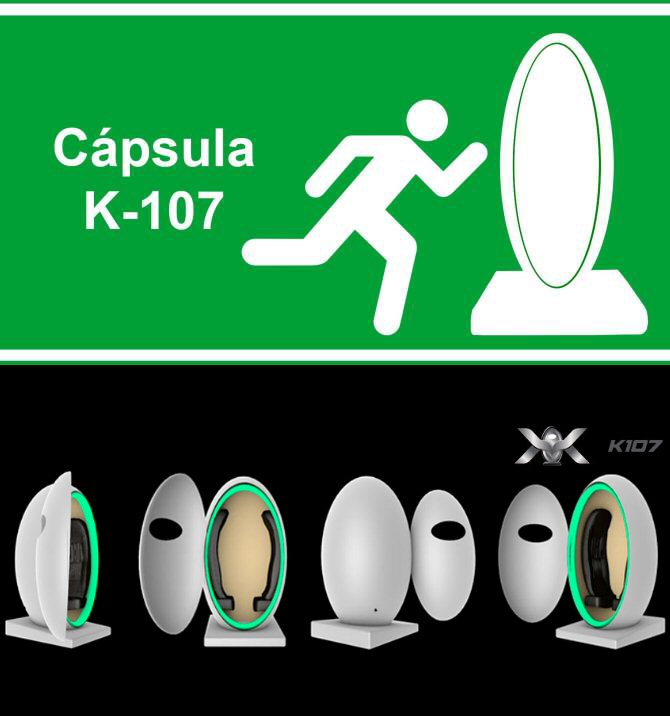 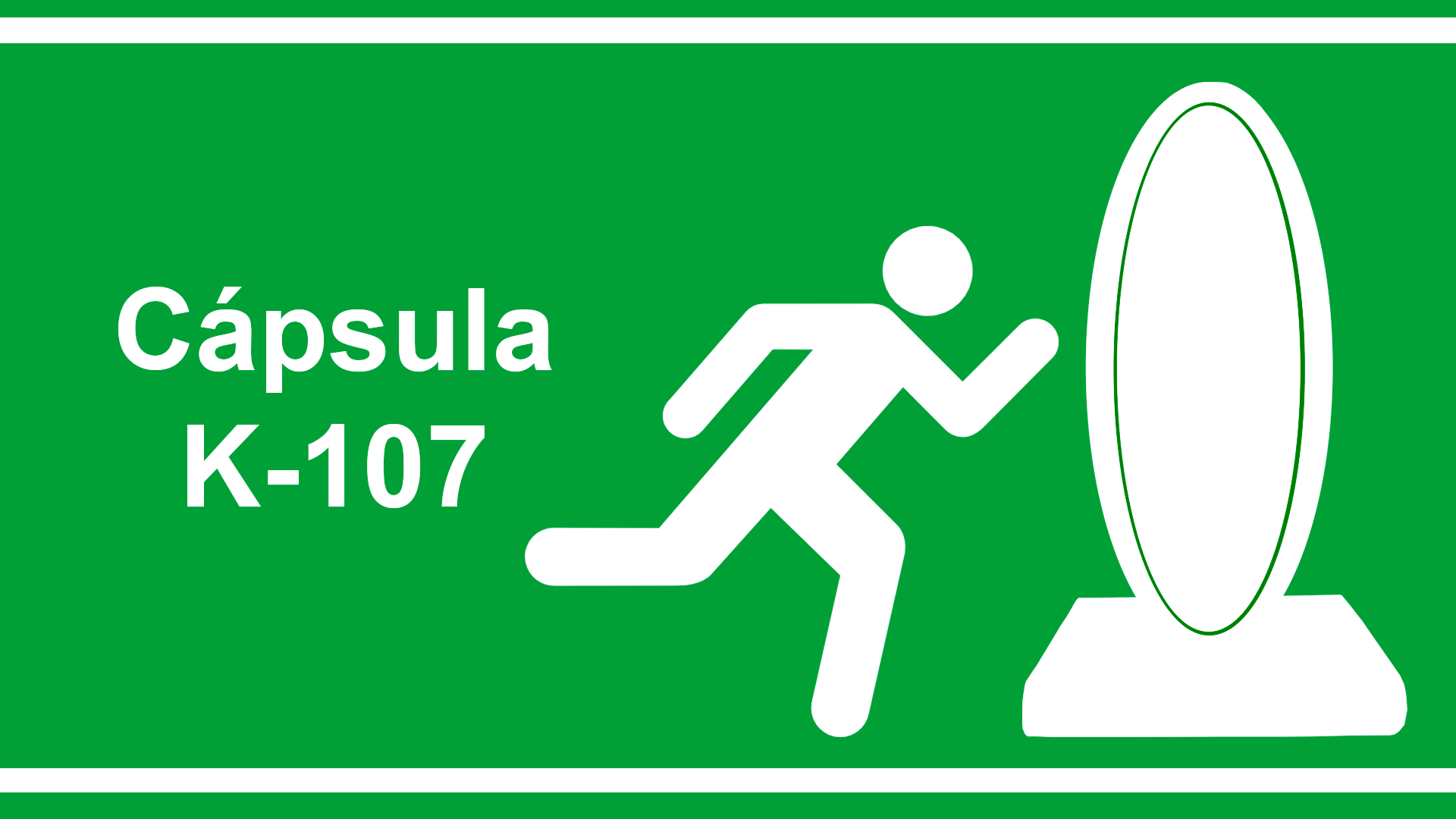 In order to save lives during an equal or greater earthquake which took place in 1985, Reynaldo Vela Coreno, Mexico City Civil Engineering Award 2009, presents his project K107, whose country is at the forefront of civil protection. 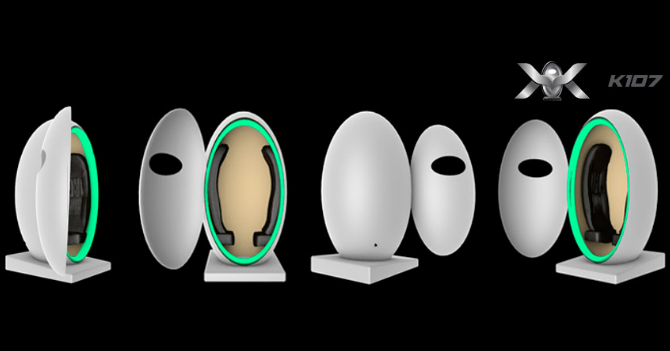 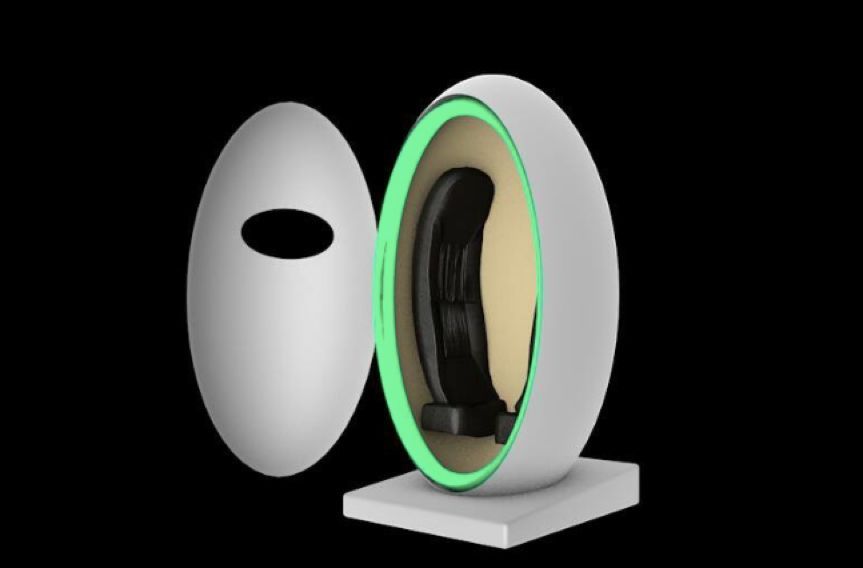