It was an American architect, whose works often combine elements of modernism and organique.Il architecture is best known for its distinctive residential projects in and around Boulder and Denver, Colorado. A final example of valuable architecture in the Boulder Mountains, home Brenton, designed 1969 Charles Haertling. The drawings of Haertling reflect an eclectic mix of architectural styles and different philosophies, incorporating elements of modernism and organic architecture , and inspired by Usonian principles of Frank Lloyd Wright and the work of Bruce Goff, inter alia.

The House Brenton (1969), known to “Mushroom House”, is distinguished by its appearance in the futuristic fiction film 1973 Woody Allen , Sleeper , and many other modernist buildings of Colorado, including Pei ‘ s NCAR Laboratoires and Charles Deaton of Maison Sculpture.

The House Brenton in Boulder & CO, is one of the most important brands of the architect Charles Haertling . The house was built for Dr. Stanley Brenton and his family who chose a home site in Wonderland Hills Subdivision in Boulder for the construction of their new home. The site was idyllic perched above a lake with stunning lake views, the mountains and the sunset and sunrise. With a design that was inspired by the barnacle. the house has a radial design with five prawns “barnacle like”.

The main level of the property extends over five sails three of which have a single level; Two pods also include a second level. The top three pods with views housing the main living areas and two pods that have lesser views home garage and dressing room. The method of construction of the property was rather unorthodox and mainly involved the polyurethane spray foam on a frame reinforcement. The house has been much publicity over the years. He appeared in a column article National Enquirer “Weird Houses”.

Ihe also designed many structures according to more mathematical and geometric themes.

Silent movie : 1:06:04 For the construction of the house Brenton (1971) Maxwell Lake in Boulder, Colorado was inspired by the shape of barnacles: The structure is composed of spray polyurethane foam on a rebar skeleton. 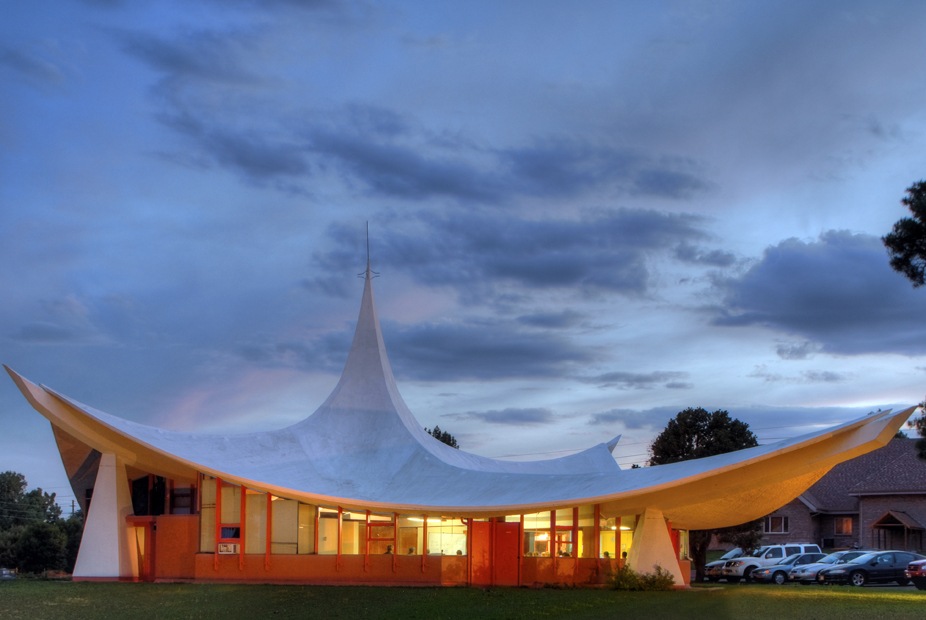 Haertling often made efforts to harmoniously integrate its buildings with their physical environments. For its House Menkick strongly influenced by the Usonian (1970), he incorporated a local rock flow in the structure of the house, echoing Fallingwater Frank Lloyd Wright. It also sometimes would explore patterns inherent geographical environment and cultural project. For his Tambor construction project Guest House not built in Costa Rica (1973), He based his design on the traditional architecture of the cottage. For another unbuilt project, le restaurant Chart House de Waterfront à Mamaroneck, New York (1982), Haertling used forms recalling the batteries, boats and sails of wood in his sketches.

One of his most interesting buildings appears briefly in Woody Allen's movie Sleeper from 1973.

Sleeper is a strange film, Allen filmed slapstick 2173 with Allen and Diane Keaton.

from the same Architect : Charles Haertling

Or is it exactly ? maybe at the exit of Medano Pass

You can go for the PDF of the book here Haertling. 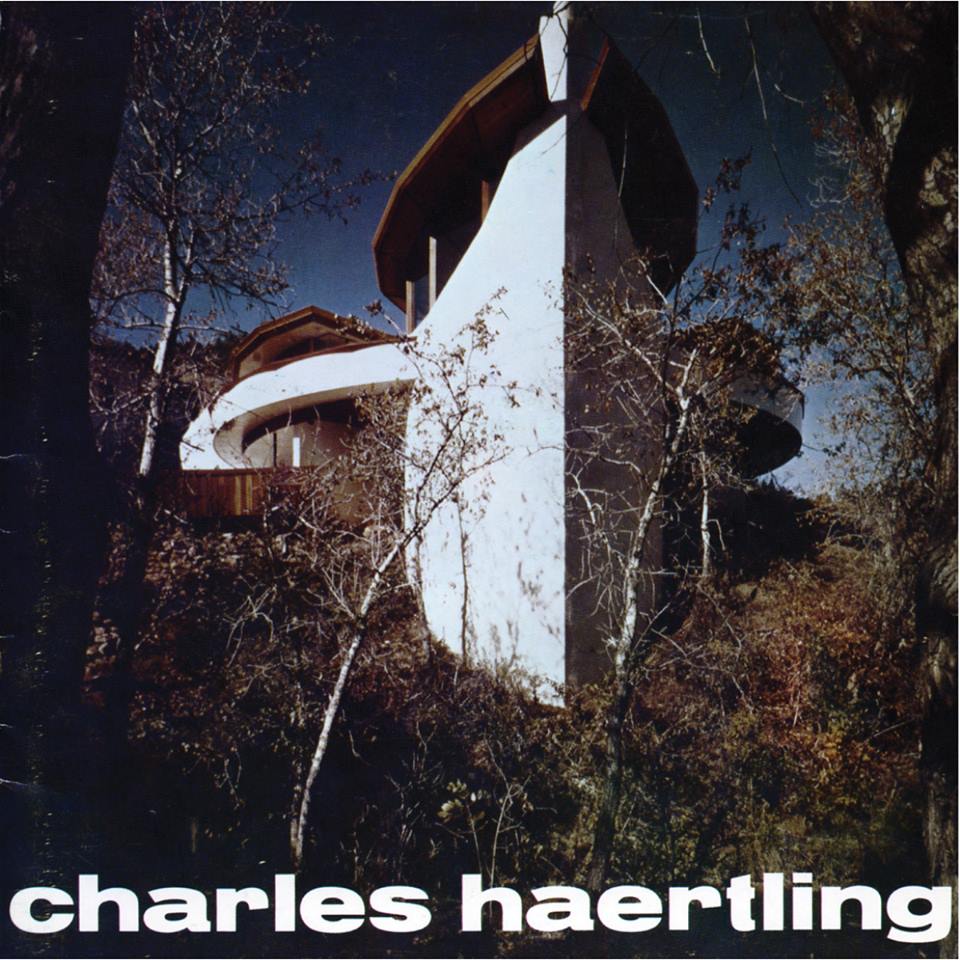