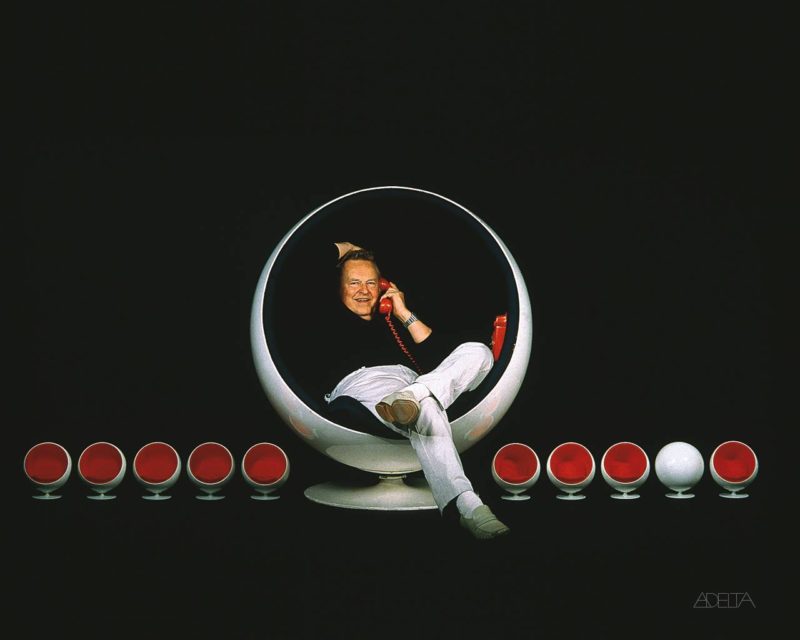 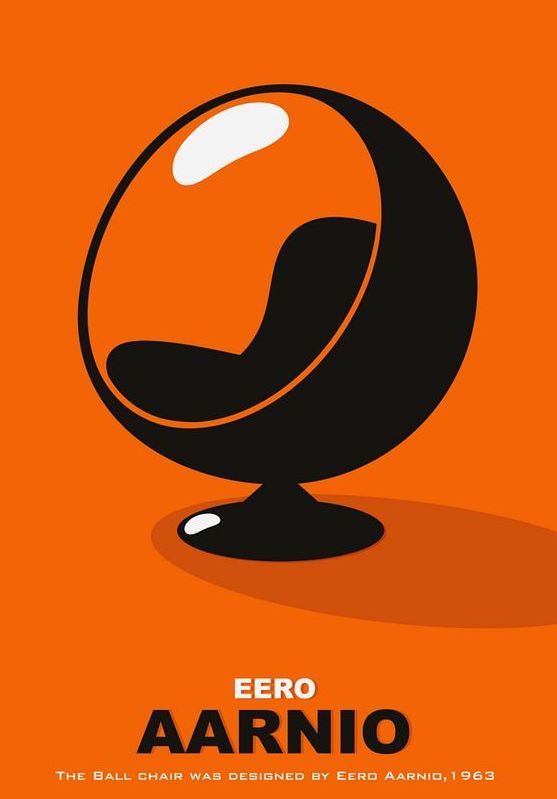 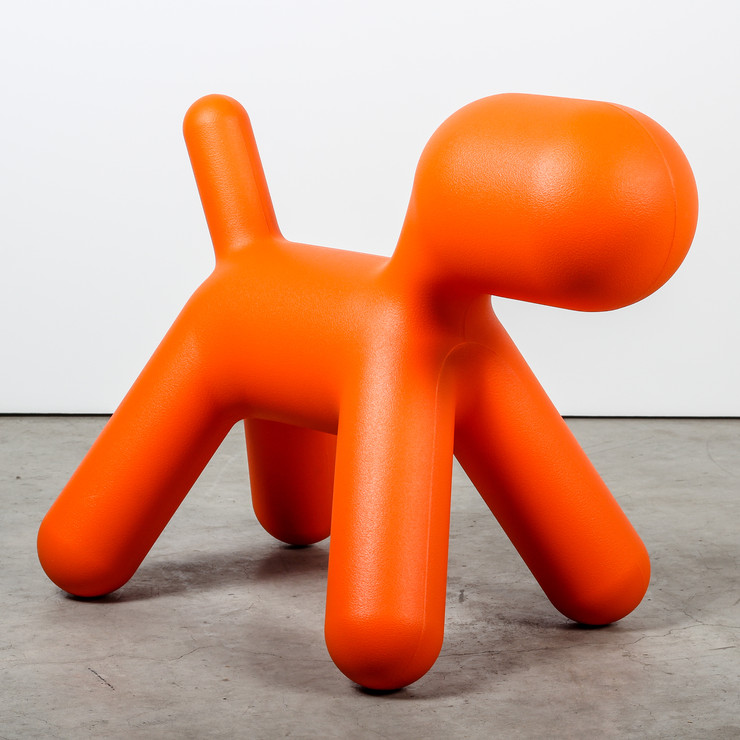 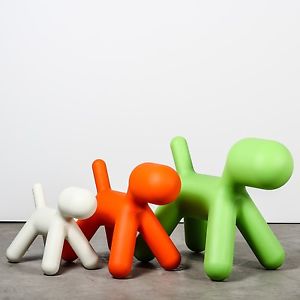 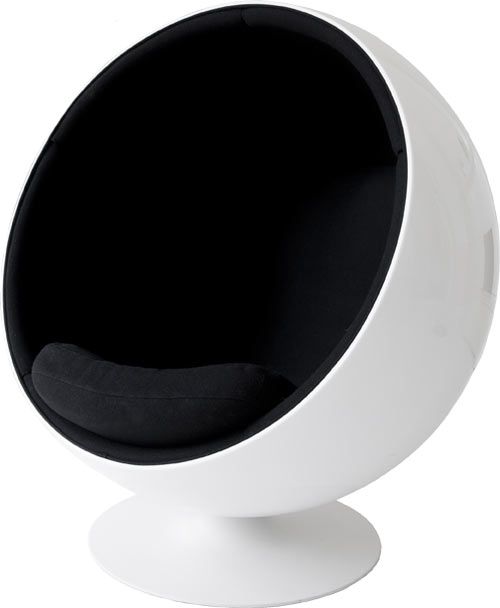 The Ball Chair is one of the cult objects appearing in popular culture, including the series The Prisoner, the films Mars Attacks and Austin Powers… 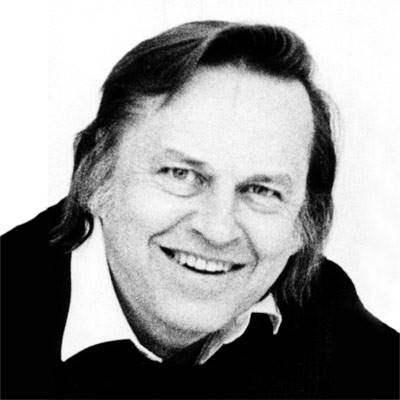 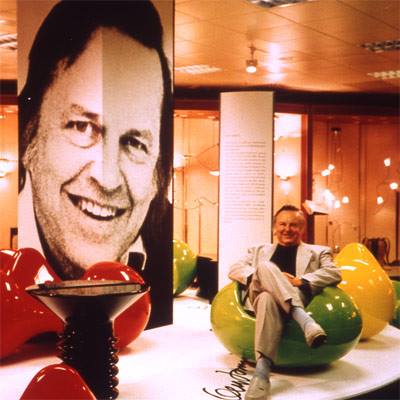 He is famous for creating the Ball Chair (1963-1965). Although the movement of Pop-Design, he refuses the concept of temporary furniture.

He opens his design agency 1962, and devoted himself since then mainly in interior and industrial design. Continuing the tradition originally established by Finnish designers of the first half of the twentieth century, Aarnio at first creates natural materials including furniture craftsmen made the stool wicker Jattujakkare.

But convinced that "the design means constant renewal, reassessment and growth ", He is interested in fiberglass, he quickly senses the potential. His most famous furniture from this period are the Ball or Globe chair (1962), the seat latch Pastille (1967) which earned him the award from AID (American Industrial Design) in 1968, and the hanging chair Bubble plexiglass (1968).

These iconoclastic creations, kinds of objects of a space age fantasy, capture the spirit of the years 19602. However, Aarnio does not adopt the principles of the ephemeral and expensive disposable pop culture. In 1973, it proposes a playful seat in the toy-like (albeit at adult sizes), Pony, sold in the US by Stendig as the Mustang. The object, a little strange indeed, is made of polyurethane foam covered with fabric. But as said Aarnio, "A chair is a chair… but a seat does not have to be a chair. This can be anything as long as it is ergonomically correct ".

The Pony can also be arranged through that "overlapped" to imaginary lands at the whim of each. In the years 1980, Aarnio will develop a plywood chair prototype and in the years 1990, for Adelta, and sculptural metal door fittings (1996) for Valli & Valli.

He looked forward with optimism when "the personal approach and automated manufacturing will walk hand in hand so that it manages to completely control the industrial production to the point of being able to forget". Best known for his furniture and interiors, Aarnio is also a graphic designer and photographer.

Eero Aarnio 2012 at Veikkola and Helsinki –

Eero Aarnio: Cut a ball, you'll get a chair.

Eero Aarnio as a pioneer in the use of plastic in industrial design Aarnio was and still is one of the pioneers in the use of plastic in industrial design. plastic set designers free to create every shape and use every color that & rsquo; they wanted. This gave birth to objects oscillating between function and fun The Finnish designer Eero Aarnio, born in 1932, has studied 1954 at 1957 in & rsquo; Institute of Industrial Arts & rsquo; Helsinki and started 1962 with his own office as an interior and industrial designer. Engaged in new ideas of furniture , he designed the Ball Chair (or globe chair) already 1963. It was produced a few years later. Material (fiberglass) and shape were complete novelties for the & rsquo; furniture industry of that time.

The fiberglass ball is constructed on a swivel metal base and padded with foam / wad. The colors d & rsquo; origin are white, rouge, black and orange. Sitting in this chair is a special experience, because all the surrounding sounds are softed down, and it gives a sense of & rsquo; privacy. Aarnio a lui – even a ball chair with a phone, and some people had it equipped with high – speakers.

The Ball Chair is often used in science fiction movies, and you will find in magazines. Vivienne Westwood has used ball chairs in one of his shows.

In the years following the fiberglass used in boat building has become one of the favorite materials Aarnio. The durable and well-achievable fiberglass allowed Aarnio to design ergonomic shapes without restrictions and intriguing new ones too. With President Pastil (American Industrial Design-Award 1968) and President of tomato has gained international reputation. Chairs like – These may be used to & rsquo; inside and’ outside, and they float! – D & rsquo; elsewhere, President Pastil gives an extraordinary new idea of ​​what a rocking chair is !

In 1968 Aarnio designed the Bubble Chair, made from d & rsquo; s and acrylic & rsquo; chrome steel.

A concrete example of its design gives new chair fiberglass.

The Ball Chair was designed by Finnish furniture designer Eero Aarnio in 1966.

The president Ball is also known as the globe chair is famous for its unconventional shape. It is considered a classic of industrial design. 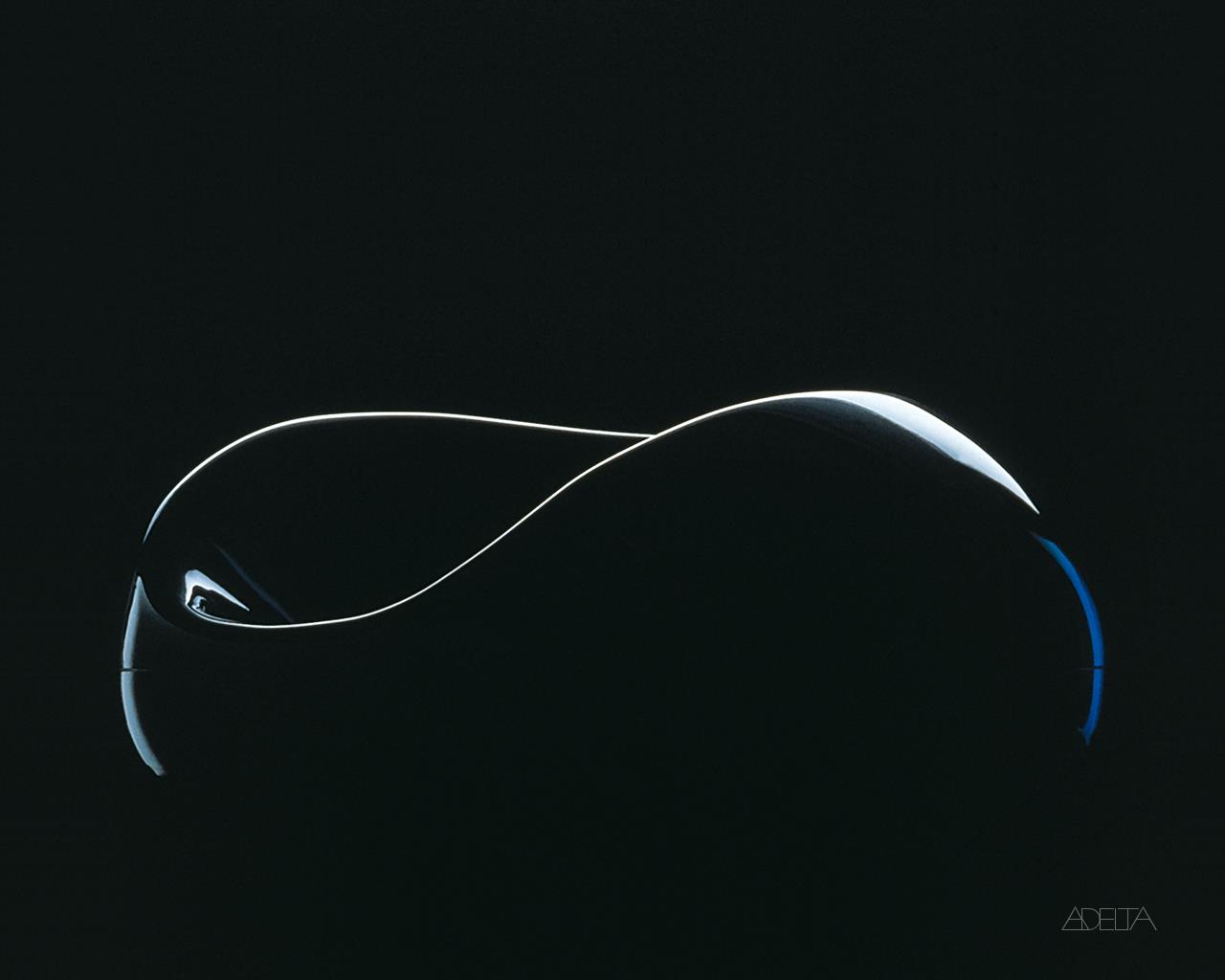 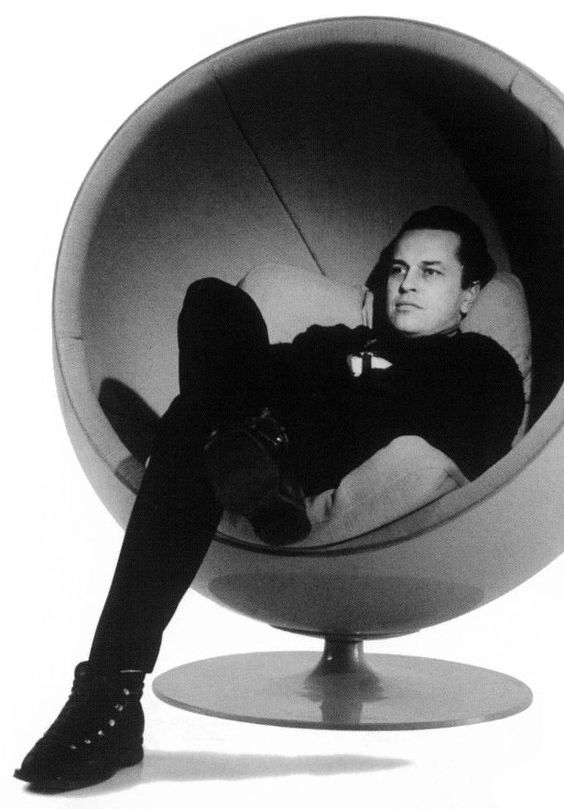 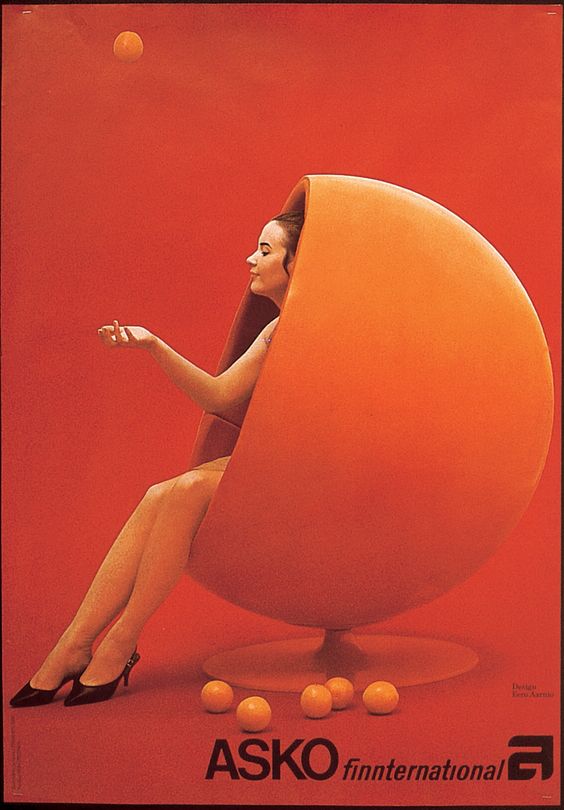 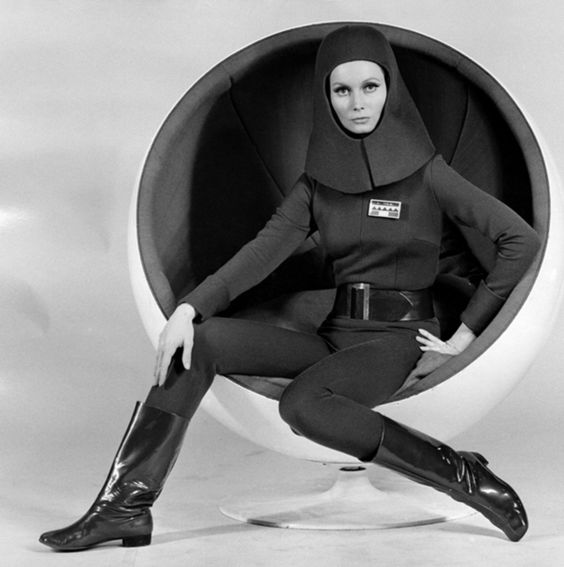 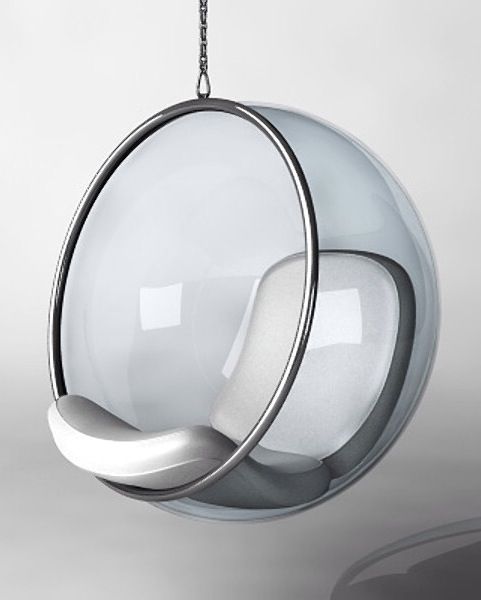 Meet Eero, Finnish designer behind the design icons like the chair Ball, Bubble, Pastil and pony. The video is shot in her beautiful home, located just to the’ outside Helsinki.

2:04 Eero Aarnio – (ed . Aila Svenskberg) the color of joy and designer highlights a fresh touch and design professionals through the eyes of producing Aarnio and the’ personal image as well as the interesting design and contemporary phenomena years 1960 nowadays. The book also includes new images and drawings. The book is done in collaboration with the Design Museum. The museum celebrates the exceptional production Eero Aarnio for over fifty year career in a wide range of exposure between April and September 2016. 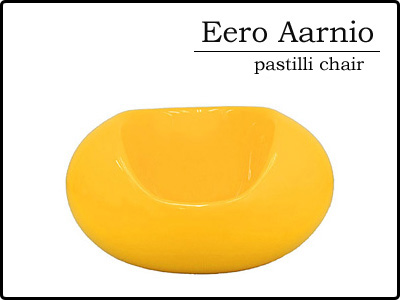 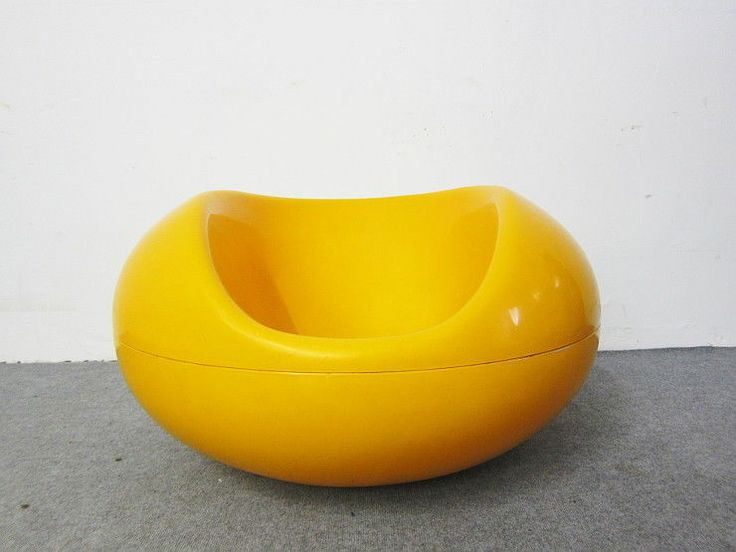 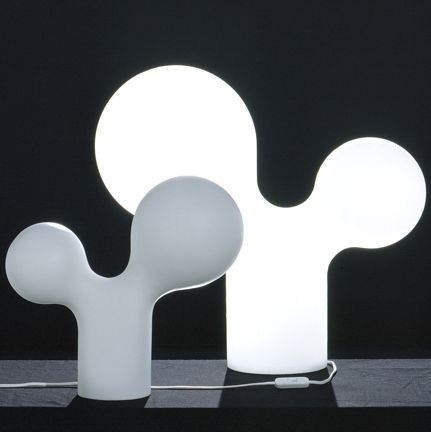 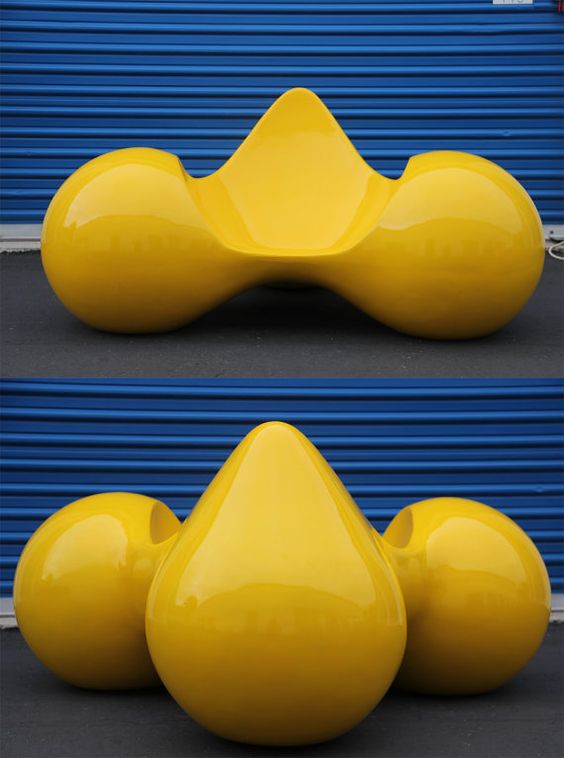 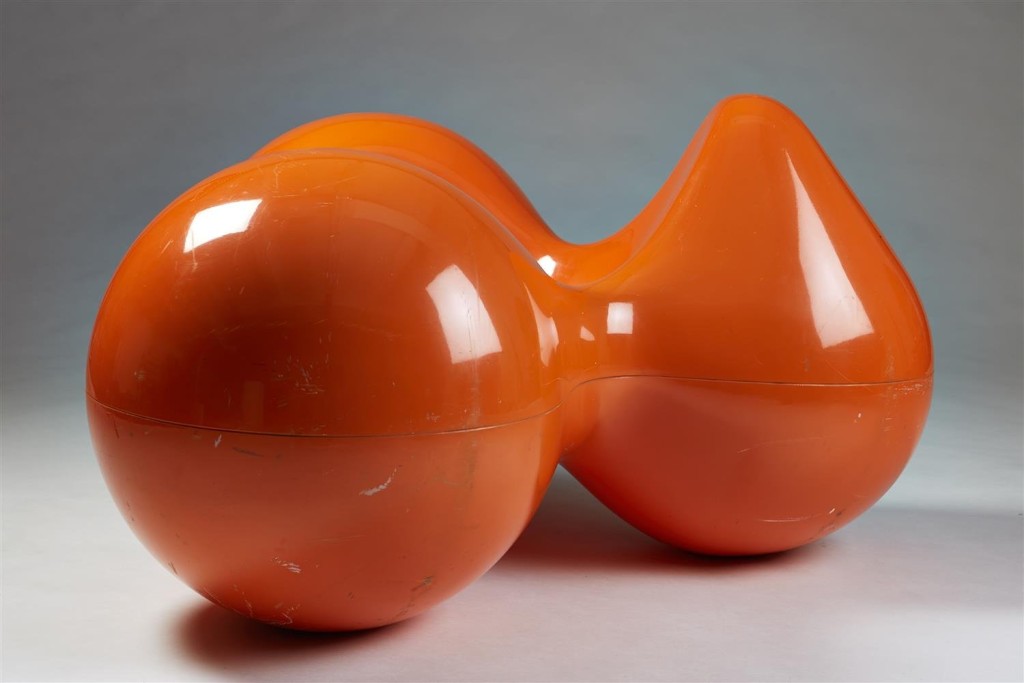 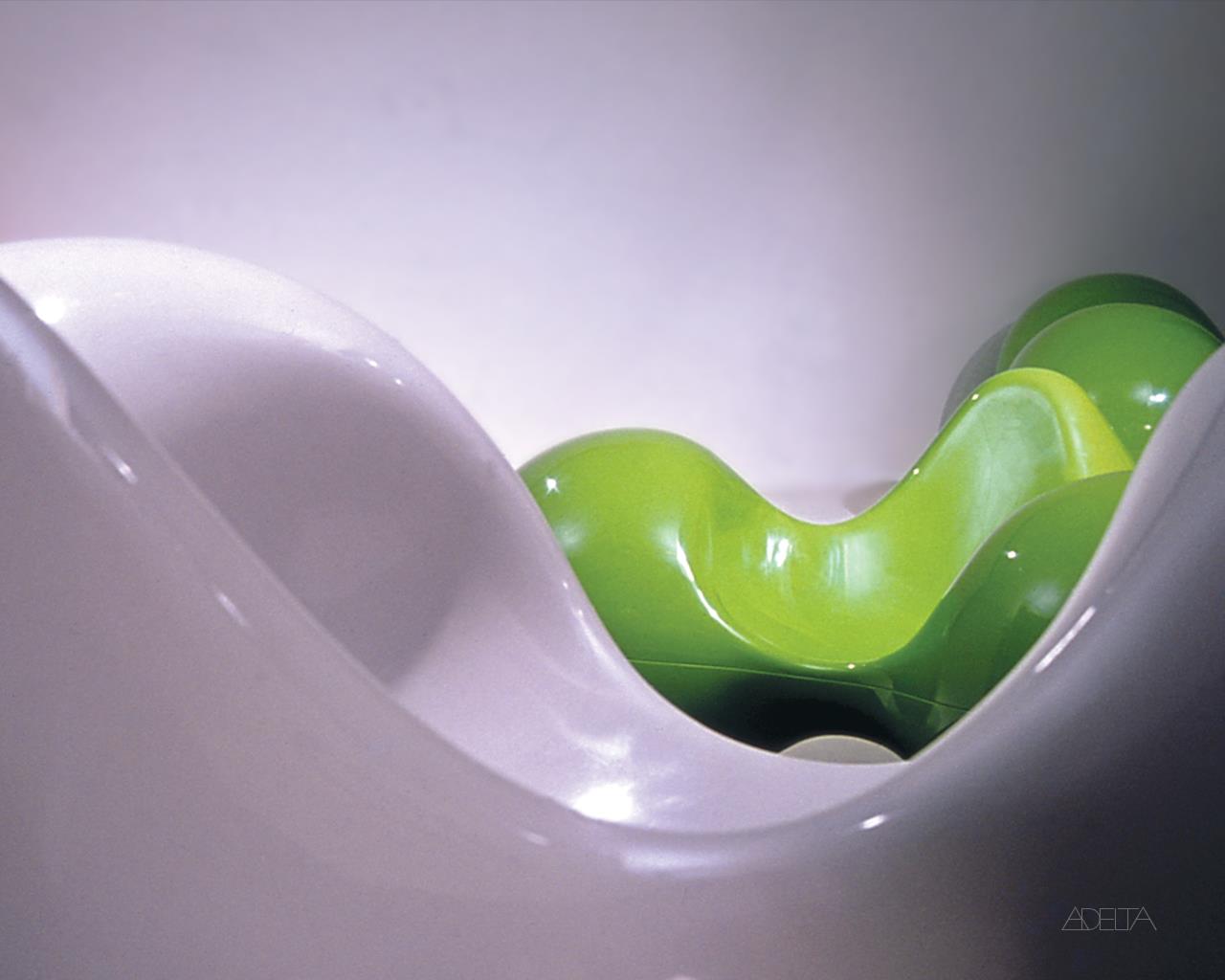 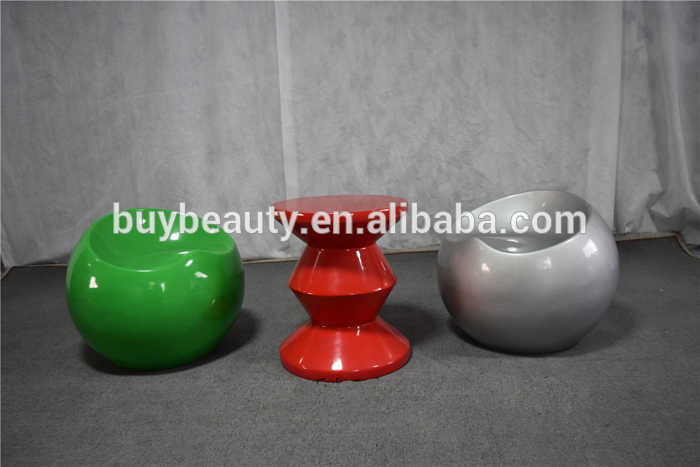 And feel free to leave us a comment at the bottom of this page.. 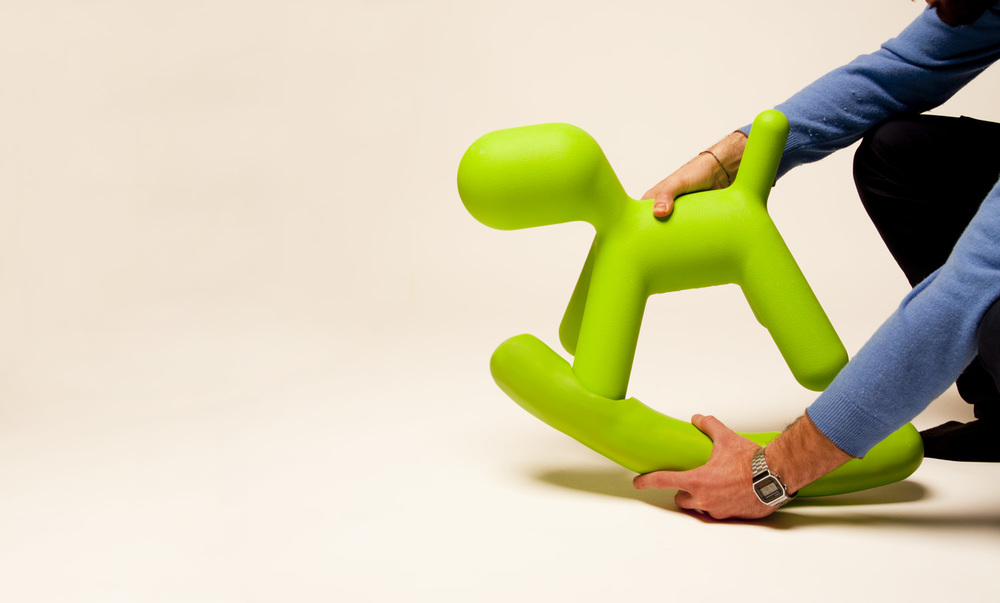