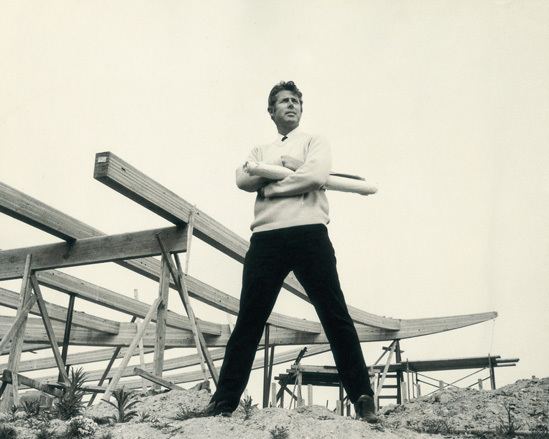 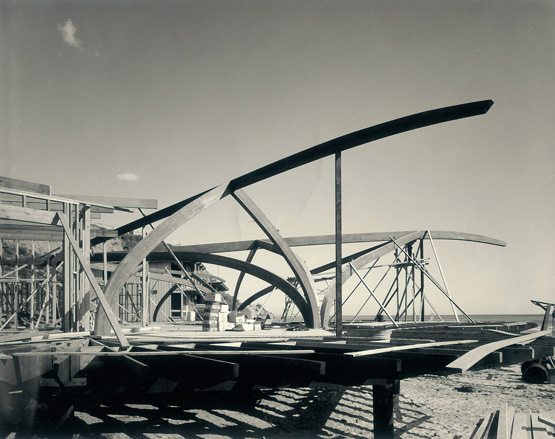 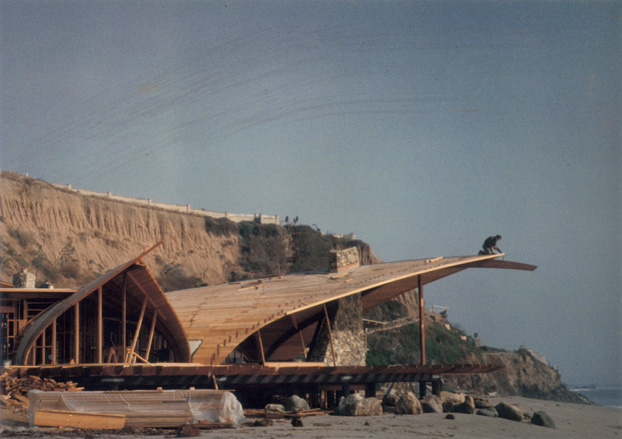 Born and raised in Southern California, his creations can be found in places such as Malibu and the Getty Museum. After serving in the U.S. military during World War II ,
H. Gesner is a self-taught architect. Has become internationally known for his visionary style. Wave House (1957) was the inspiration of Danish architect Jørn Utzon for the Sydney Opera House. 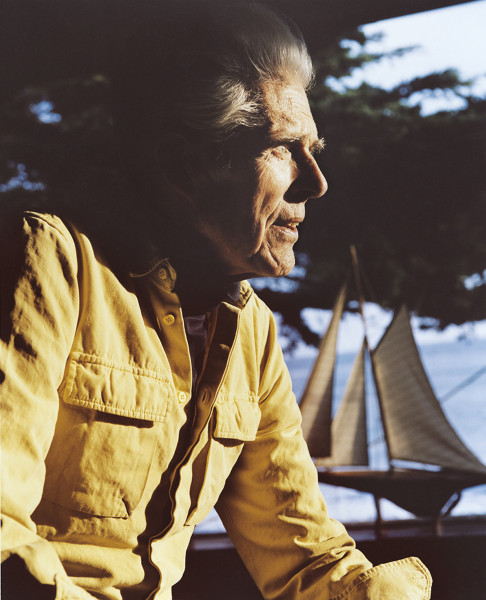 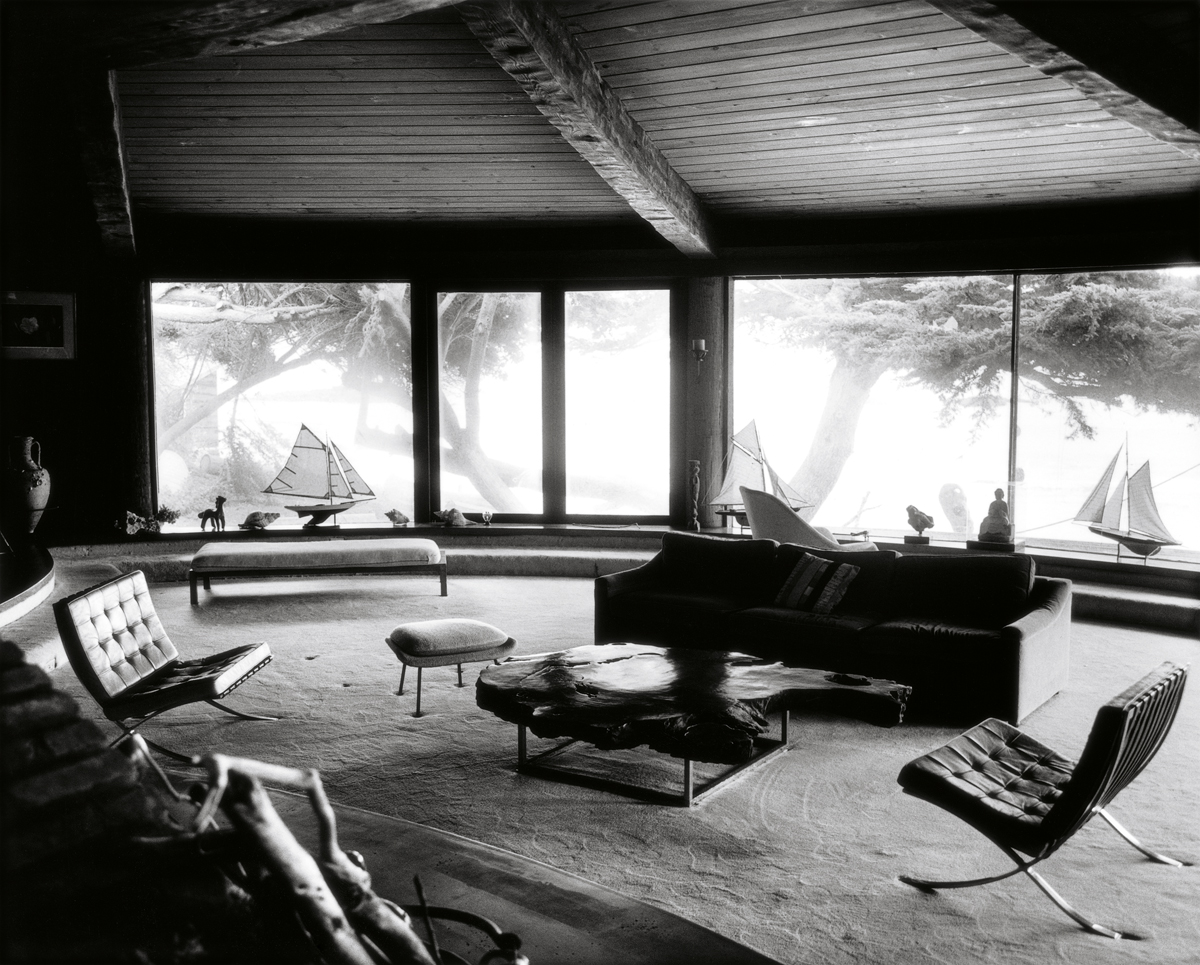 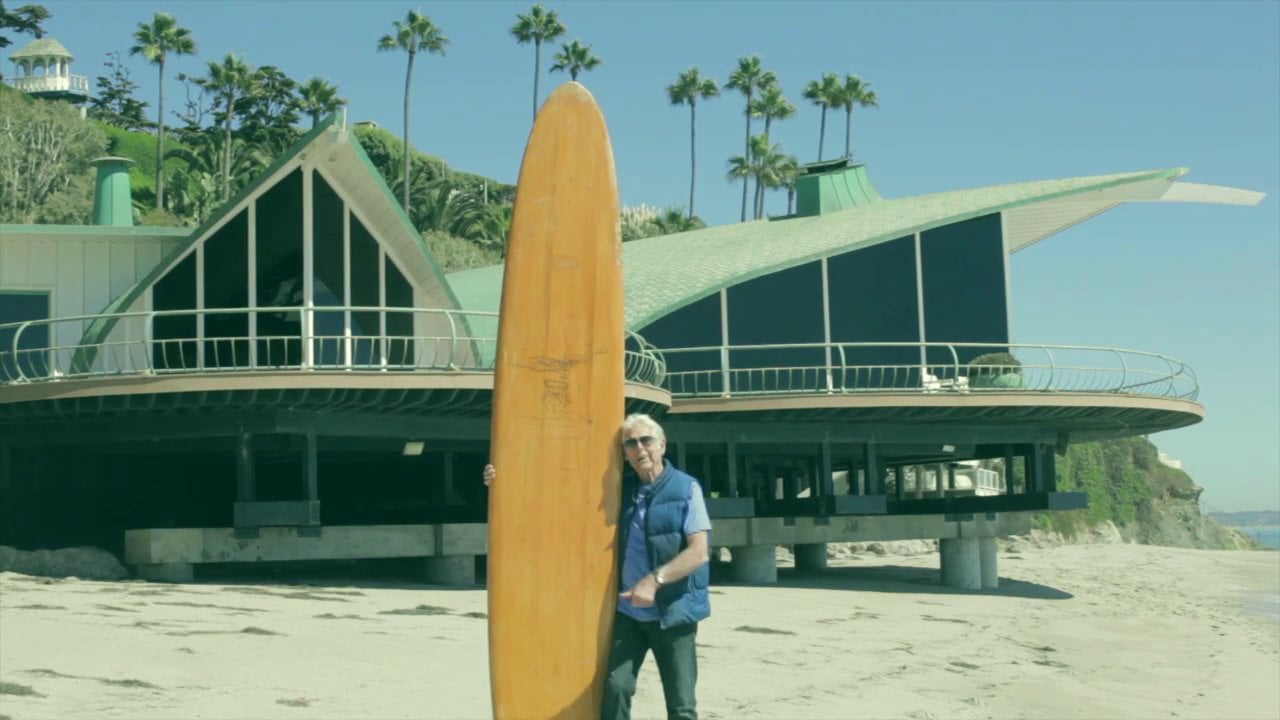 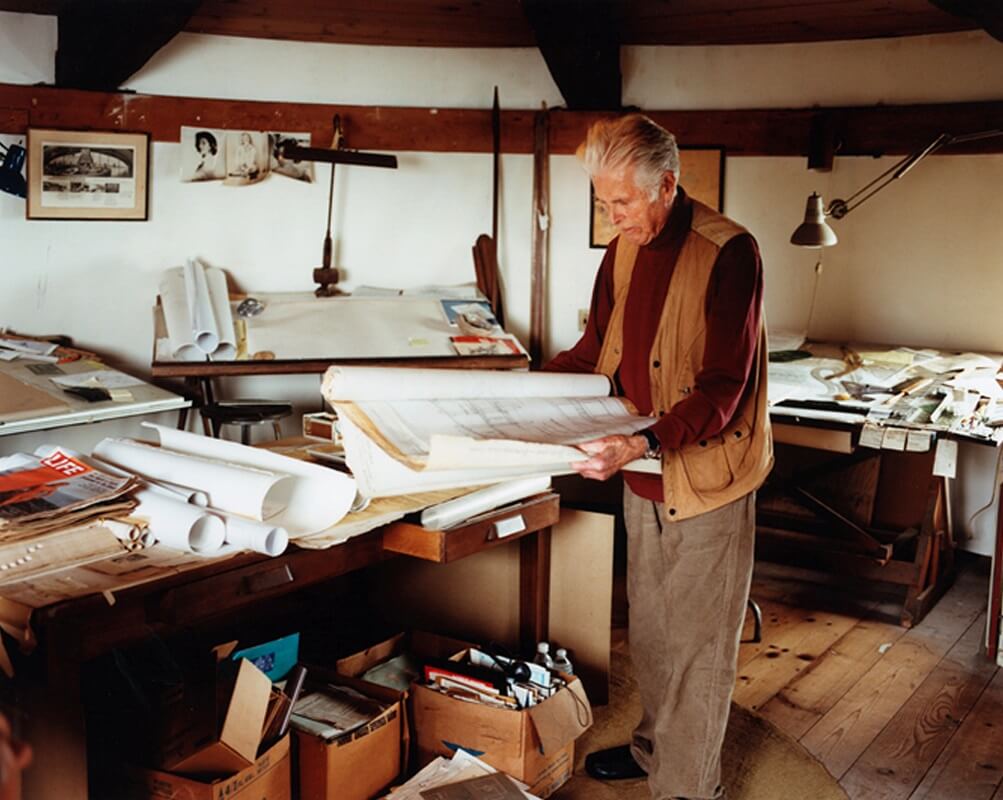 Harry Gesner, a modern Malibu architect, old from 90 years, is dedicated to the environment and disregard of conventions. Instead of following Frank Lloyd Wright's offer to study at Taliesin, he spent years learning the building trades, a handyman attitude that inspired his own unorthodox projects. Almost born surfer – he was taught by lifeguards near his childhood home in Oxnard, in California – it became his passion and influenced the design of his most famous building, the Wave House roofs he first drew on the back of a surfboard with a grease pencil. 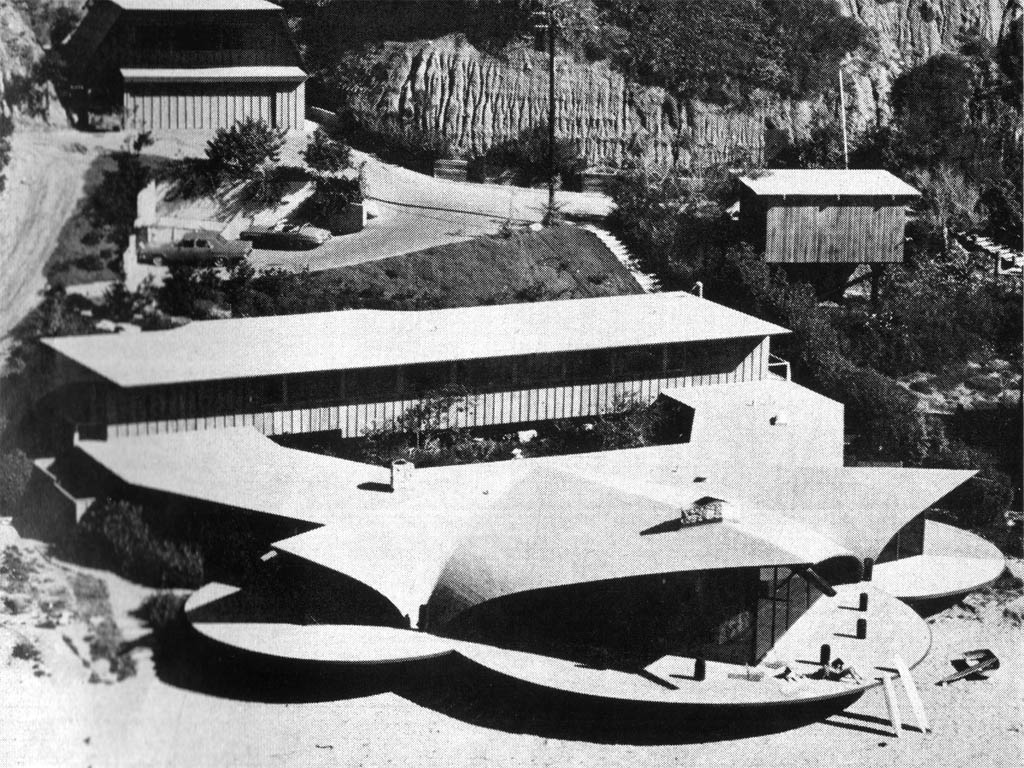 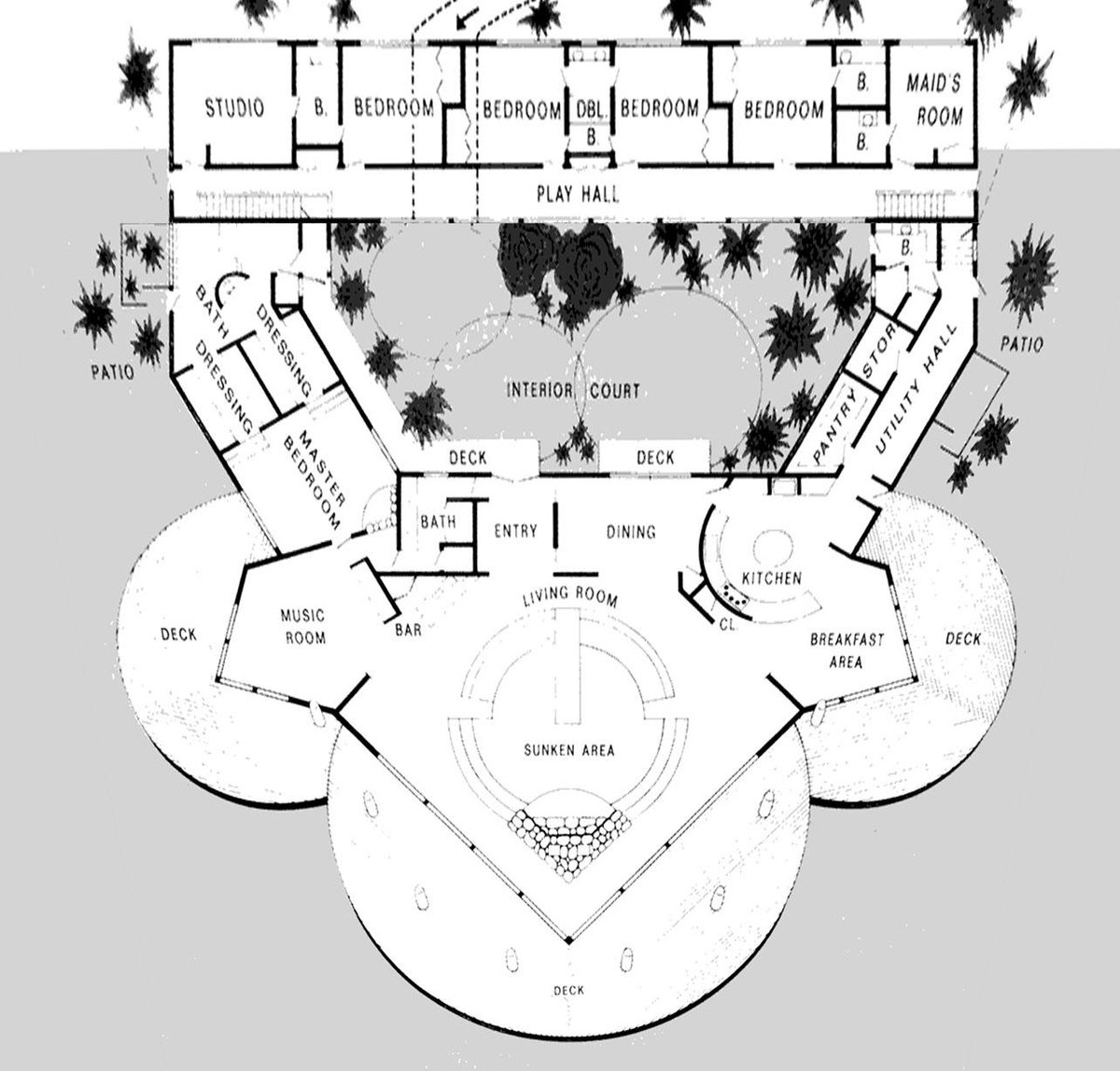 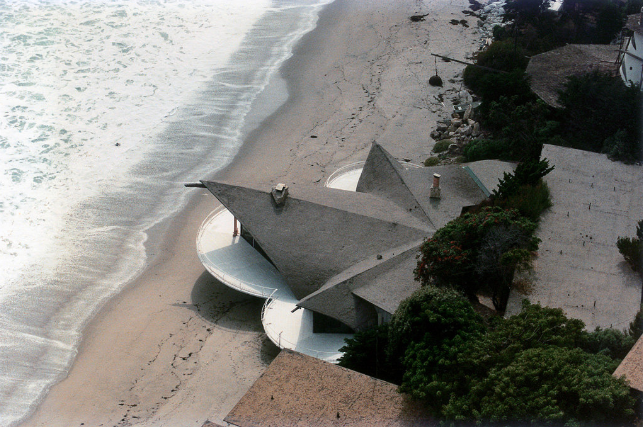 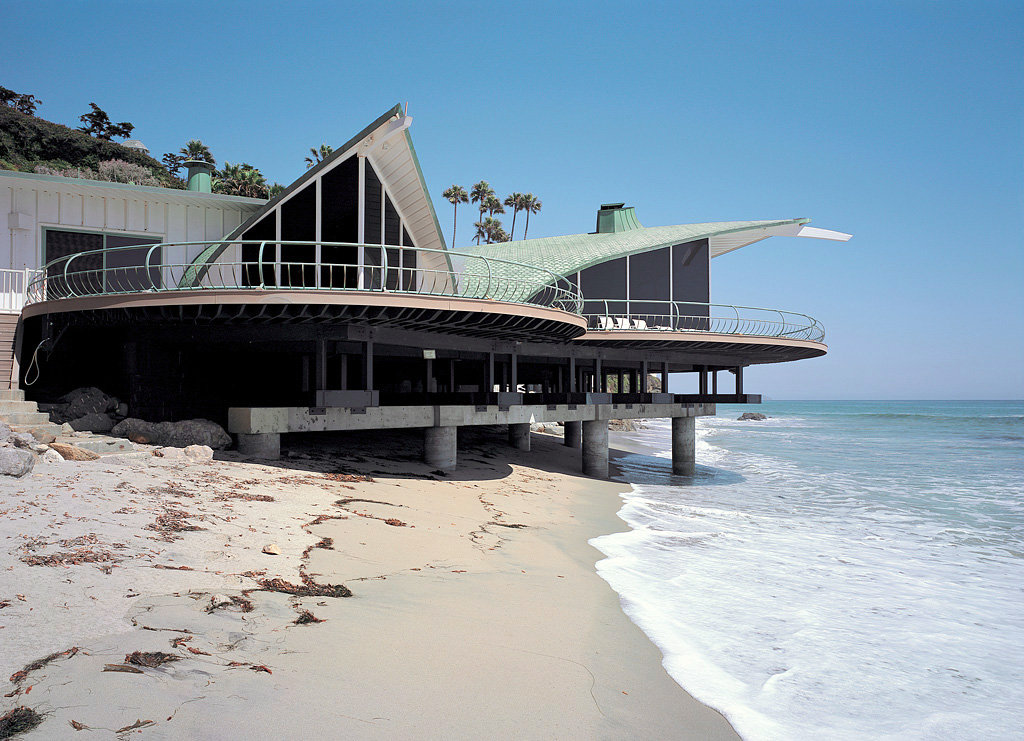 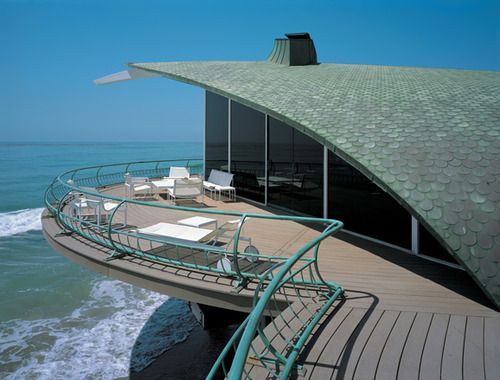 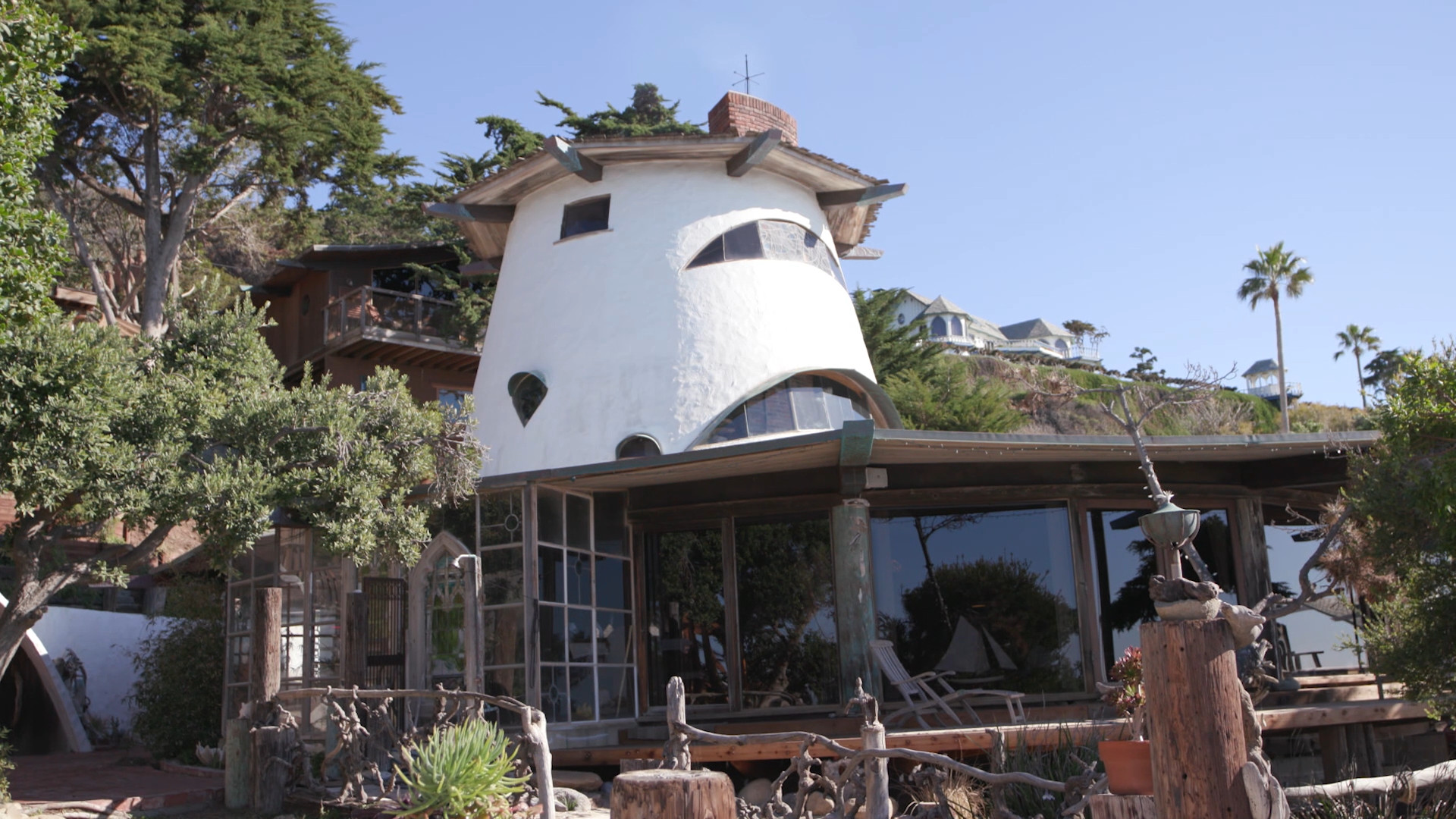 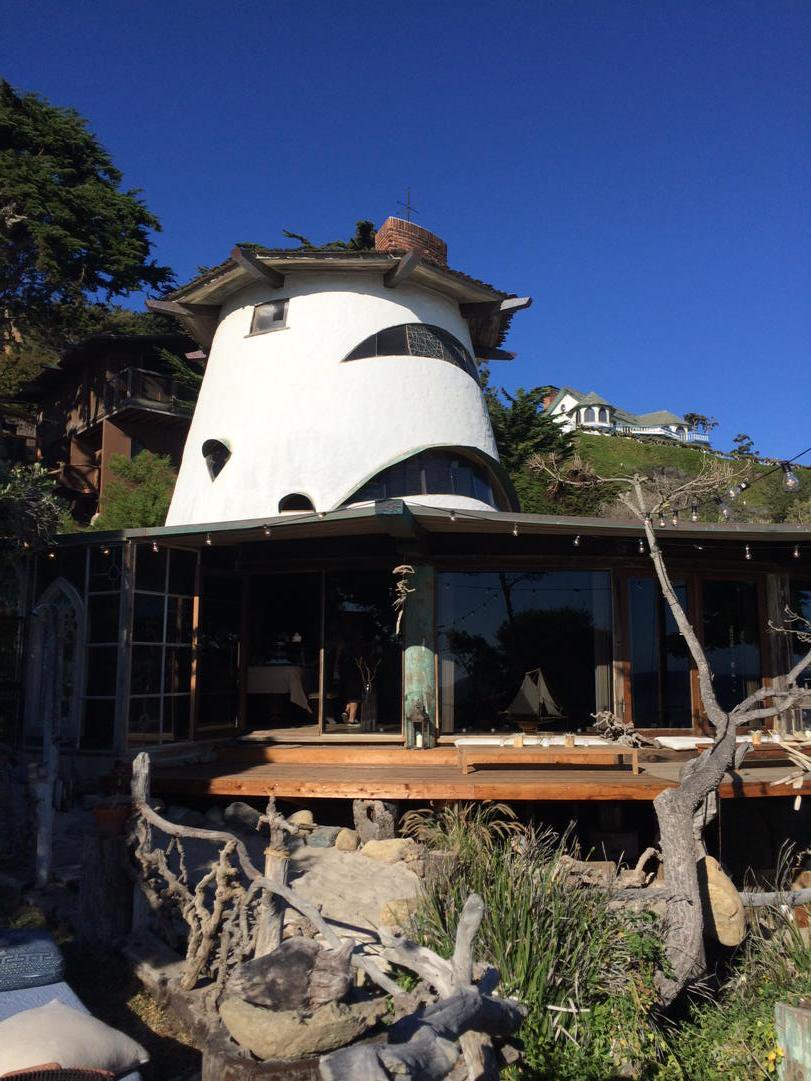 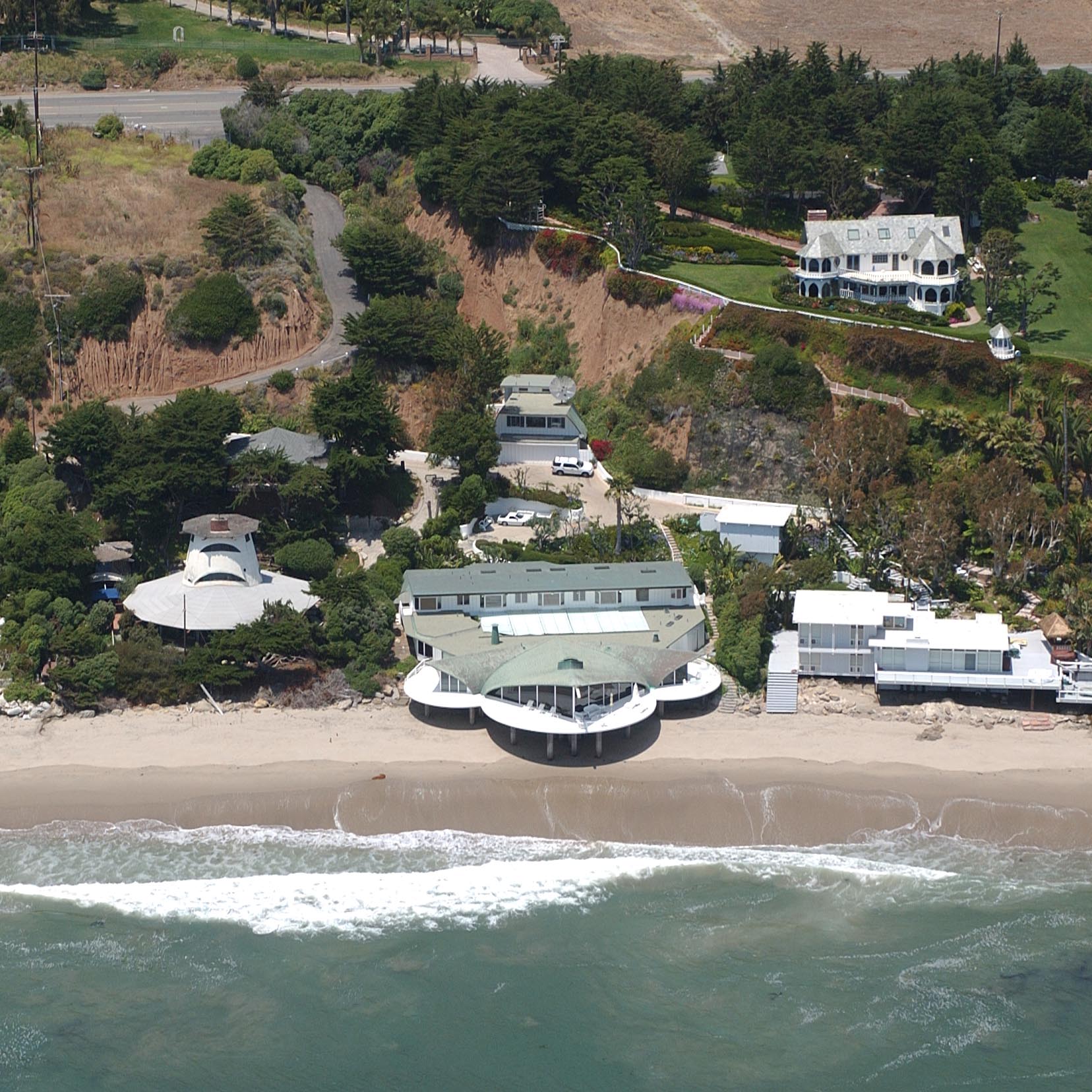 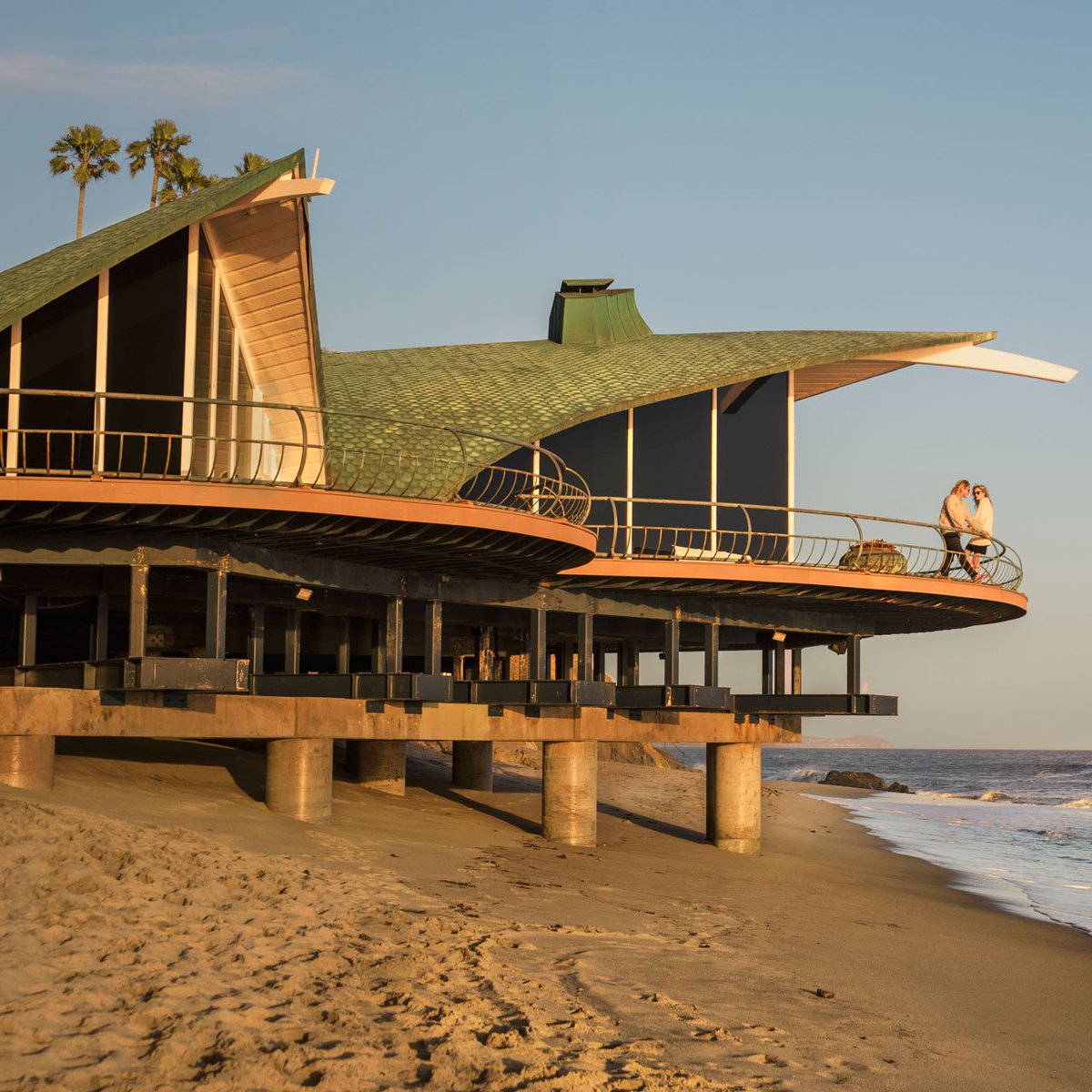 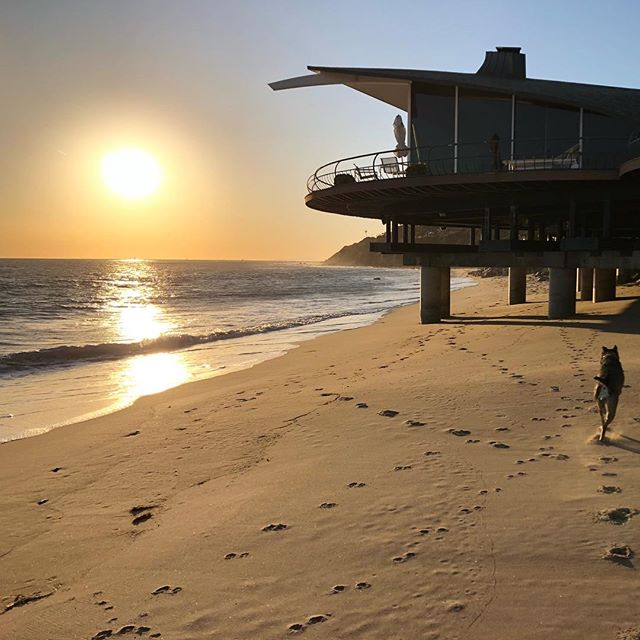 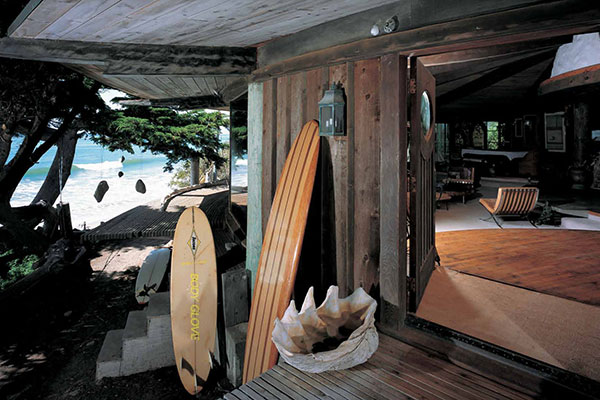 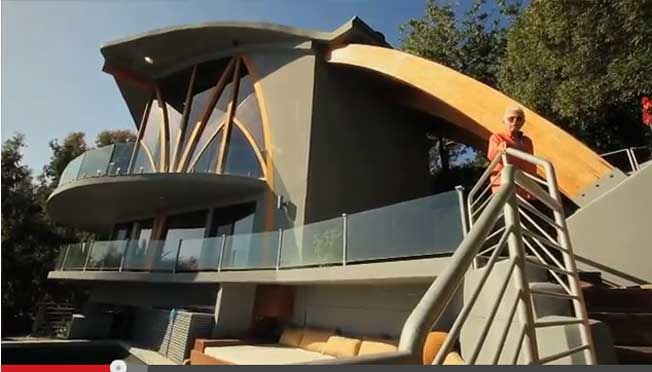 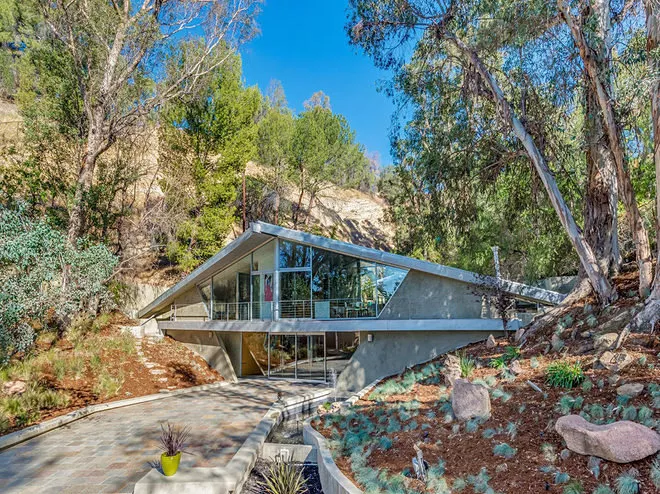 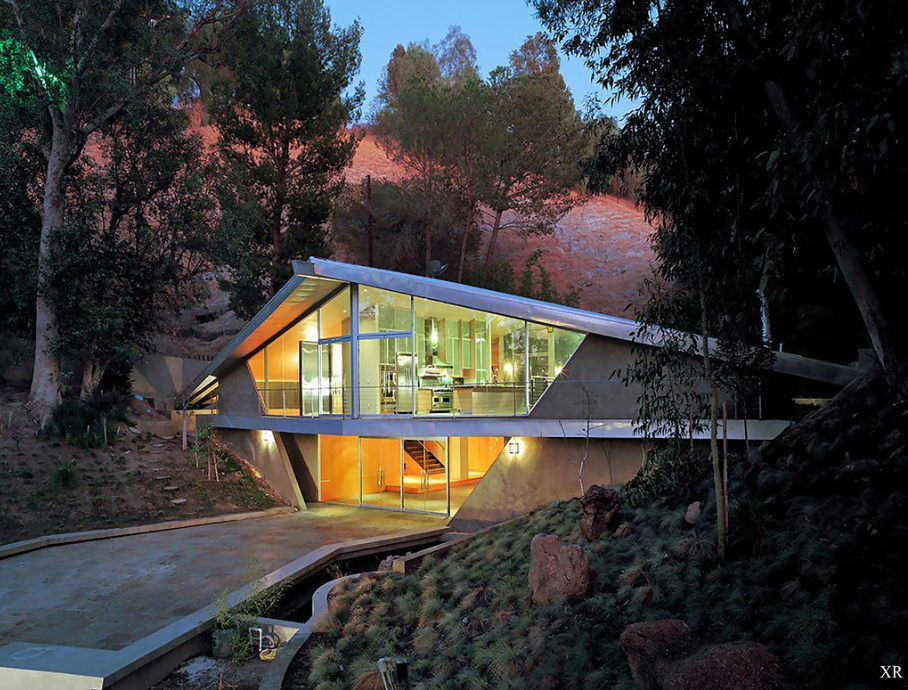 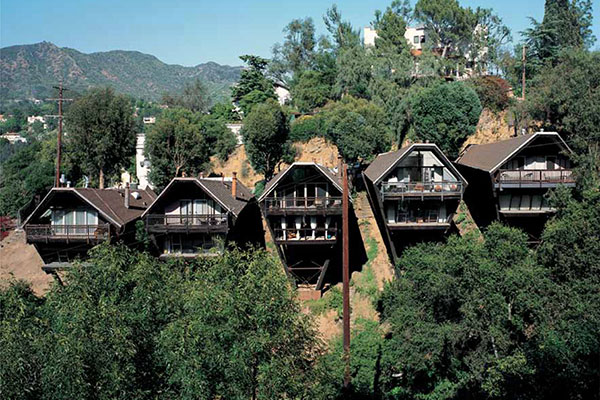 small + from the same Architect ! 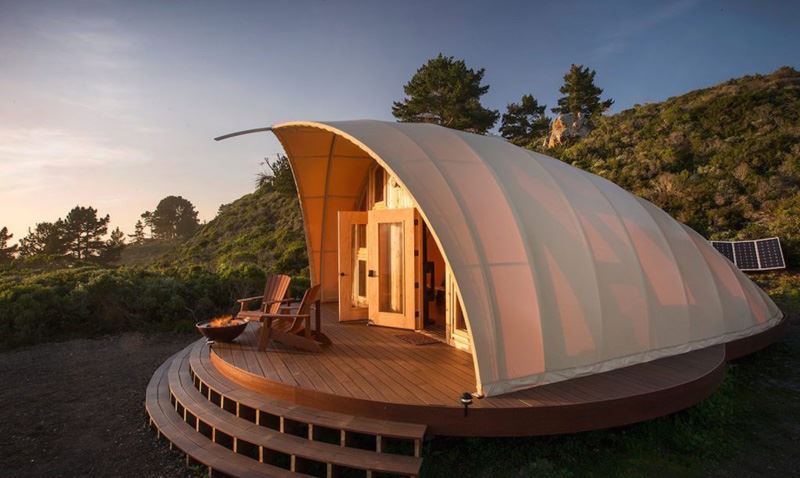 This autonomous tent wants to combine luxury with mobility. No more stakes to plant with a hammer, the stones in the back and the humidity of the ground that freezes you at night! Rather, project yourself into a cocoon of more than sixty square meters, covered by a canvas stretched over a metal frame of steel and aluminum, all fixed on a raised wooden terrace. With the comfort of a real little home, this tent from a height under canvas of about 3,6 meters can be quickly set up and taken down, without the need for a foundation.
Of course, the tent is waterproof and promises to keep you dry even in heavy rain. For the more adventurous traveler, the habitat was even designed to withstand winds comparable to a hurricane (more than 90km / h) as well as heavy snow loads. Depending on the location chosen, ephemeral housing can even be connected to the electricity network, gas and running water. However in more isolated places, installation of small solar panels is possible in order to provide enough energy for LED lighting and a water heater. A system for filtering gray water from the shower and the sink can even be implemented, on demand. 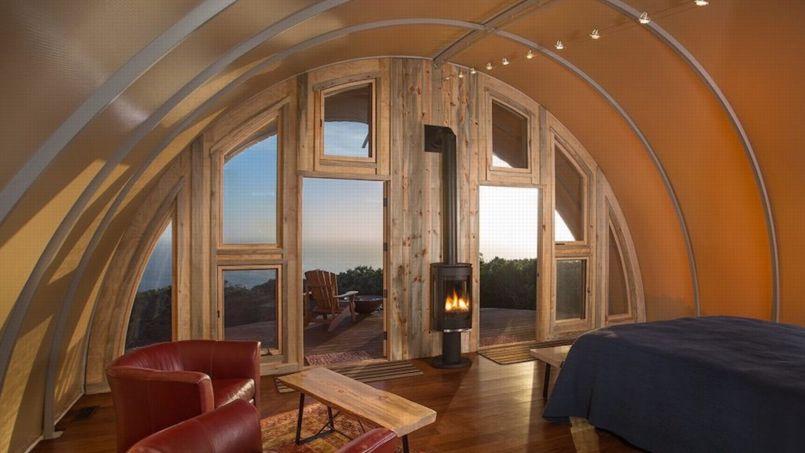 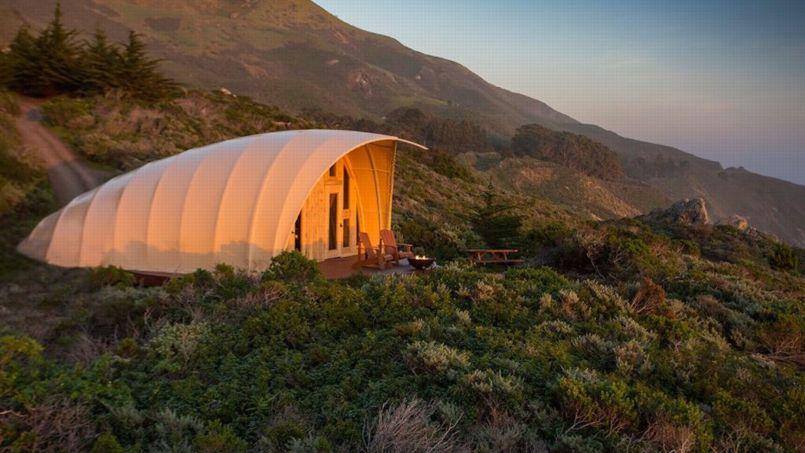