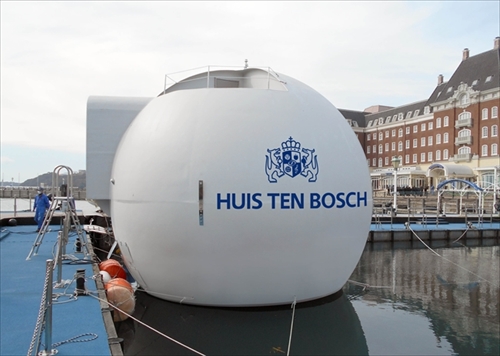 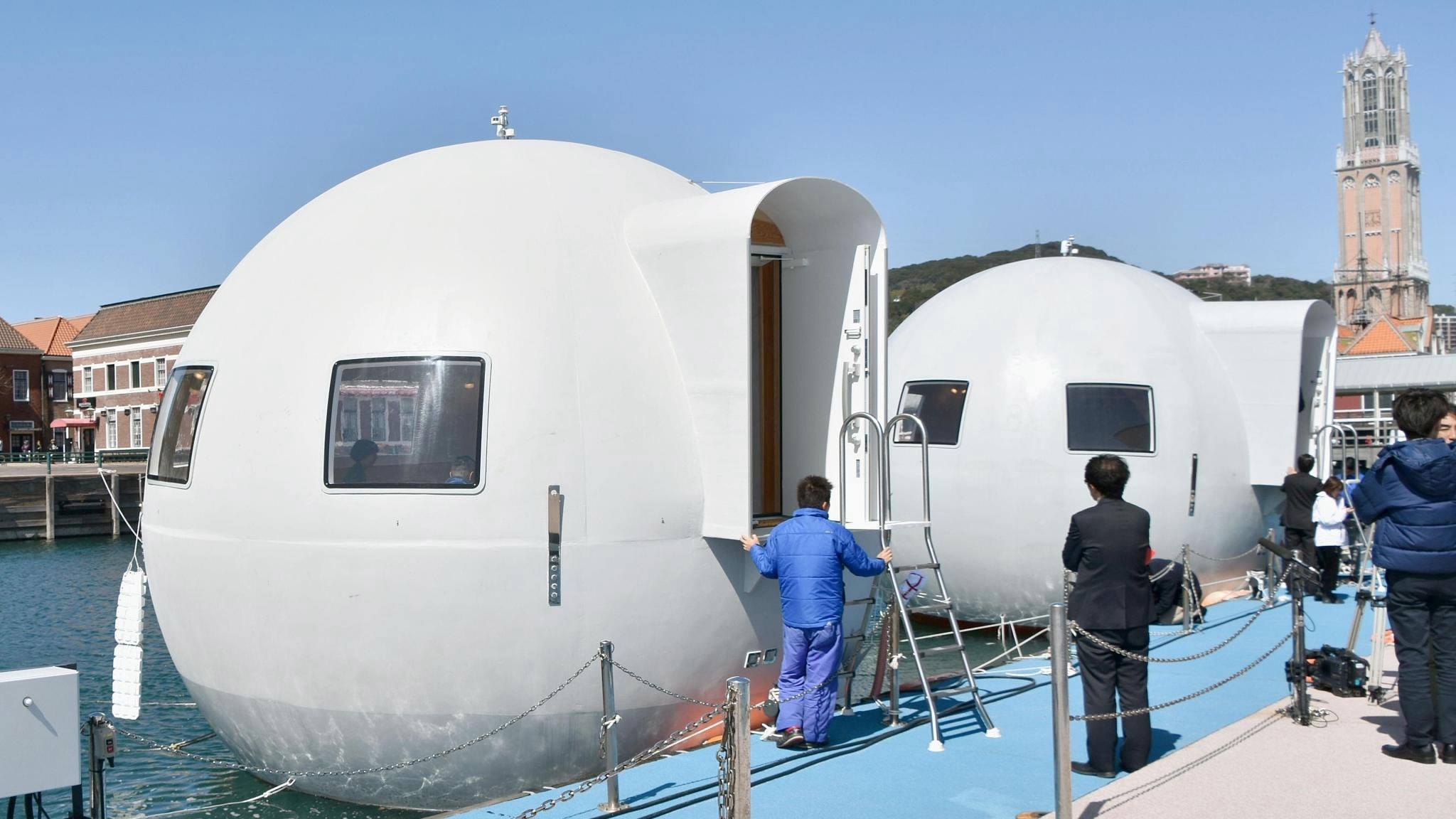 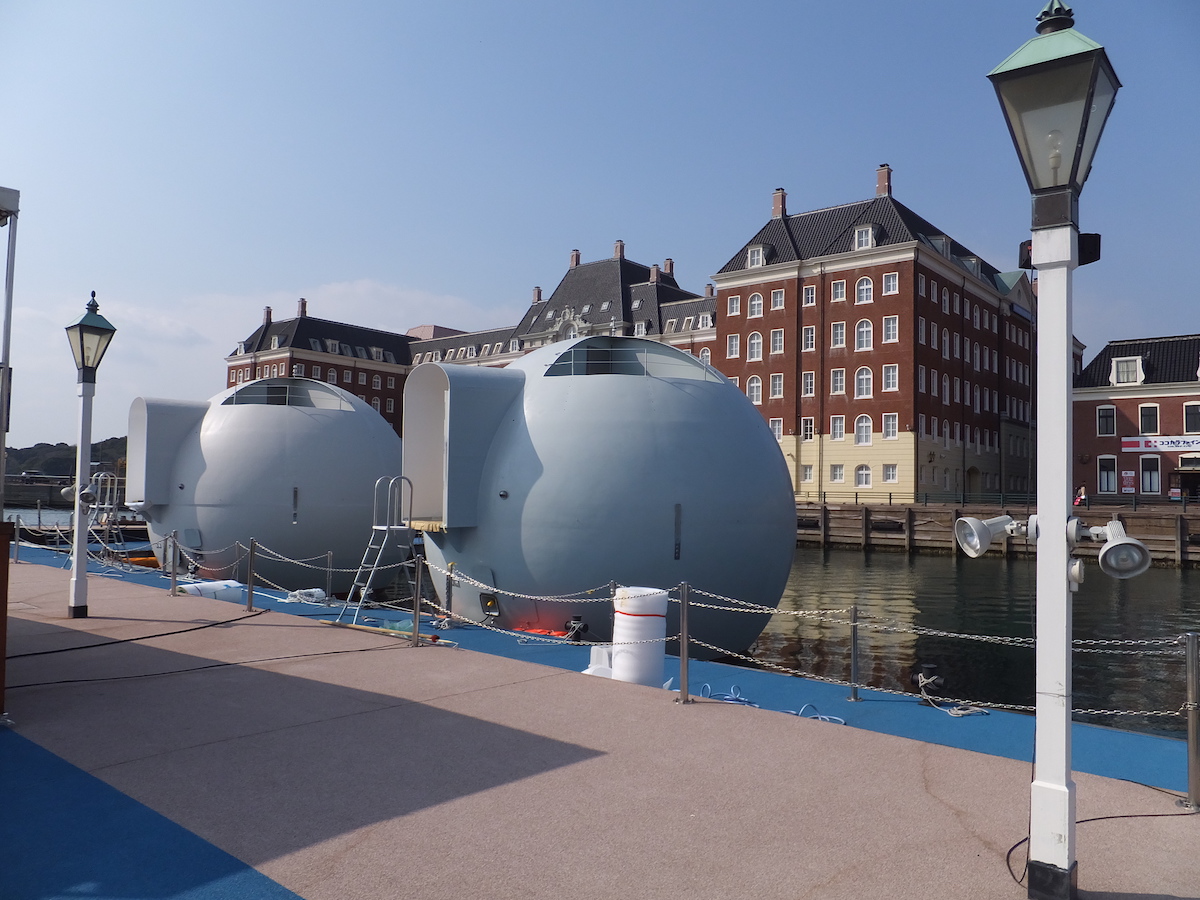 The theme park hopes to launch the new hotel service this summer after making d & rsquo stays; test. Plans are for the mobile capsule is towed by a boat d & rsquo; a port near the theme park at an island unimpeded about six kilometers which is also owned by the park.
The charge to rent a whole unit, which can accommodate two to three guests, should be the & rsquo; order 50 000 at 100 000 yens (about 471 at 943 $ by night).
Accommodation in a docked state and two trips traveling between Huis Ten Bosch and Mujinjima.
We started monitoring stay Golden Week. Although two boats are in their infancy, we aim to medium term 10 at 20 boats.
L & rsquo; seaside hotel measurement mobile spherical type 6,4 meters in diameter, which equals 1/2 000 000 the diameter of the Earth, 2 floors in & rsquo; interior. The first floor is d & rsquo; about 28 square meters in the room d & rsquo; friends, and there is a d & rsquo terrace; about 5 square meters in the second stage. In addition to the toilet, it is equipped with & rsquo; whirlpool, d & rsquo; water hammered and & rsquo; a ceiling shower, making it a new hotel that continues the game and relaxation. The capacity is 9 people, more 2 at 3 people are expected remaining. We expect to complete the test & rsquo; registration of ships in March. 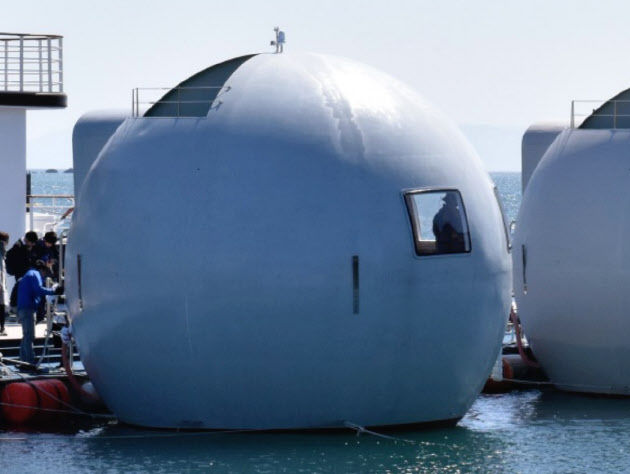 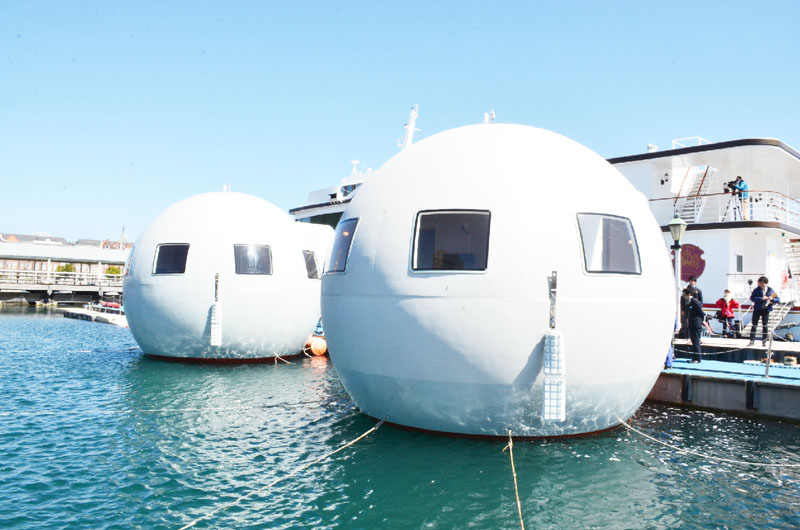 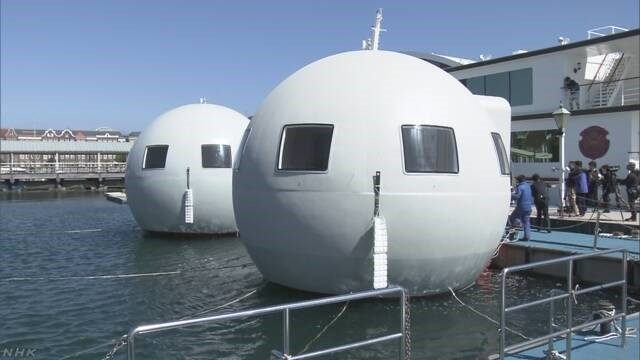 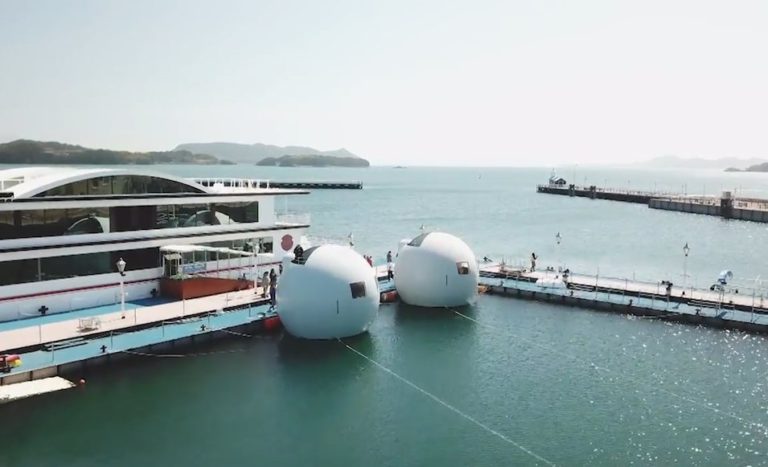 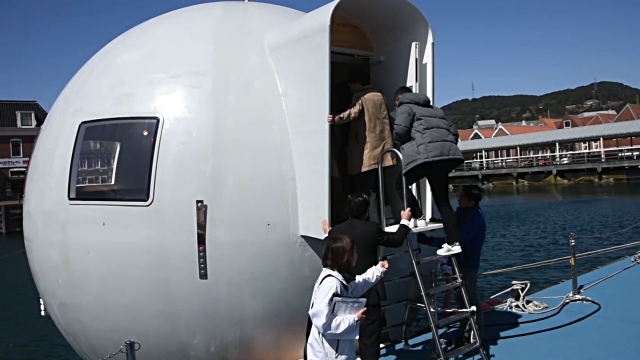 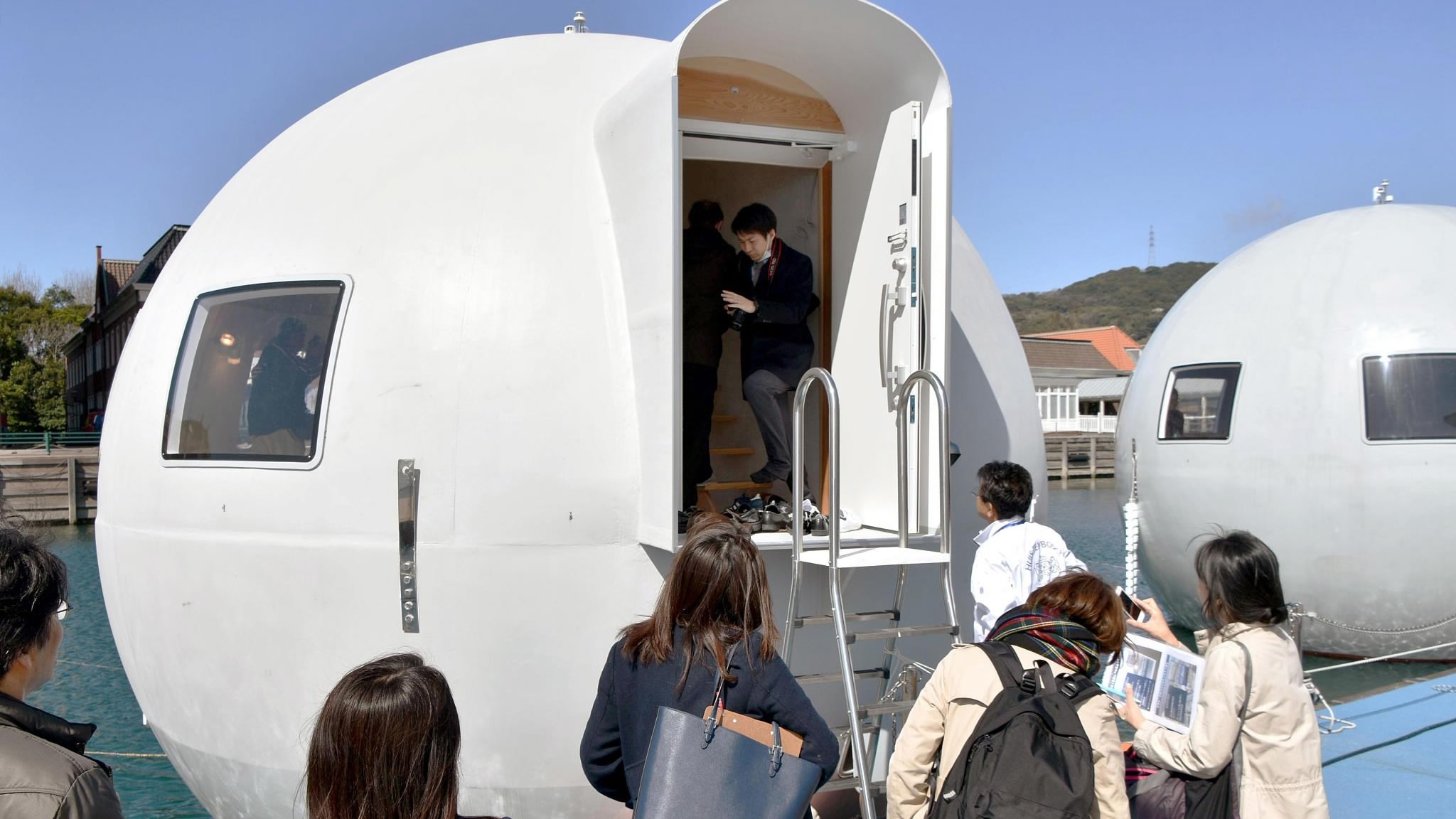 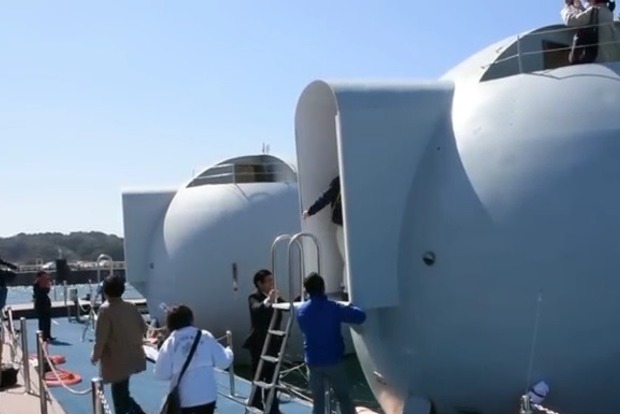 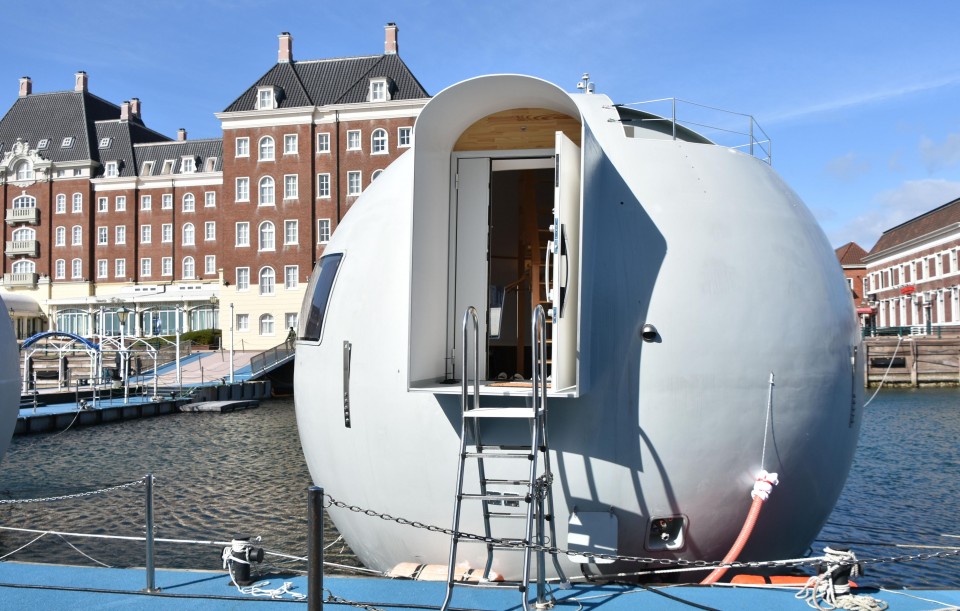 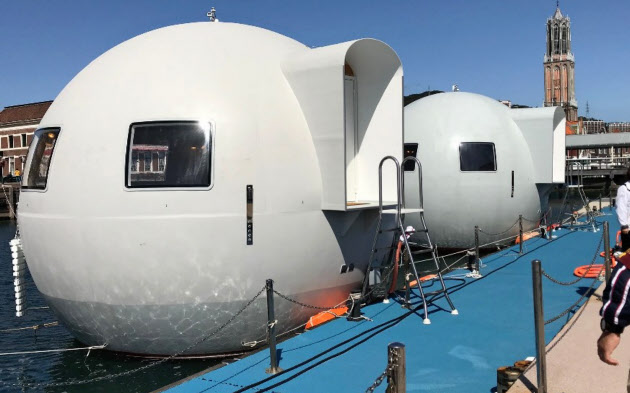 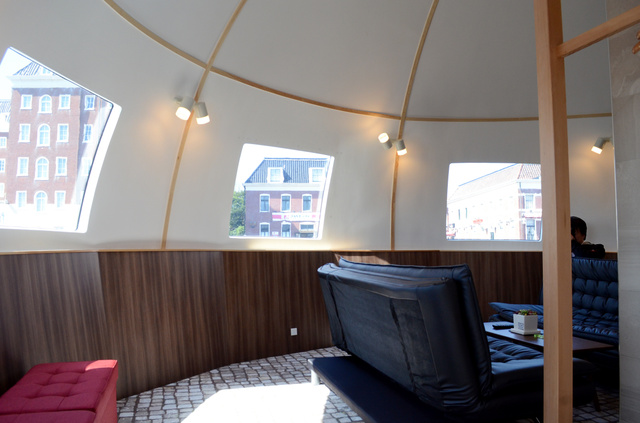 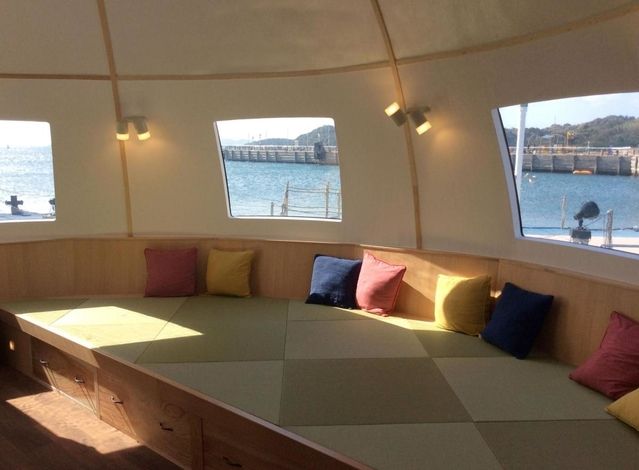 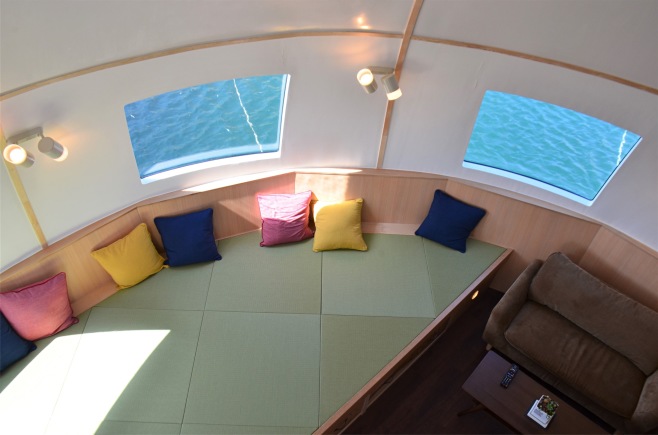 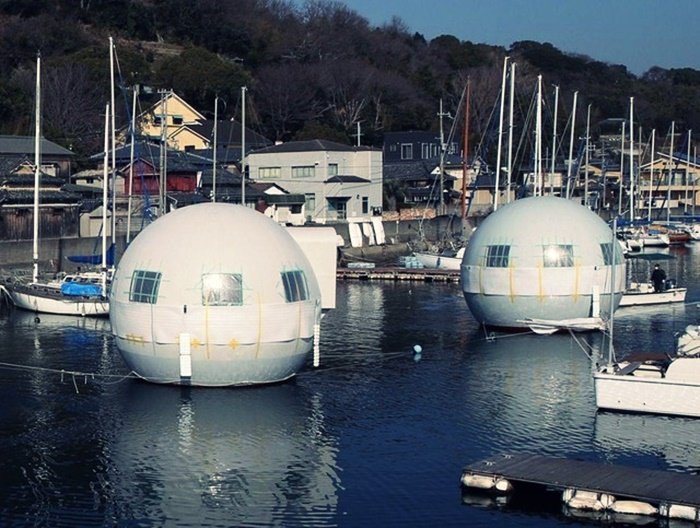