Bayenthal, 50968. Cologne The site 5,50 m wide and 25 m deep, associated with all standards, rules, fire regulations, building laws, municipal development plan and building rules near historic buildings, results in a very clearly defined and unambiguous volume. Form follows law ! This starting position constitutes the first volume of the building: a transparent volume (as transparent as the law, as Kafka said) et orthogonal, standing out from history by a meter and thus reacting to the limit of the municipal building. In the back part of the site, a complete construction covering the entire site is obviously not authorized in accordance with the development plan, a reduction in volume is created by terraces on each level. This is the appropriate volume of the building, which is formulated according to all laws and binds to rules : Volume “legal”. 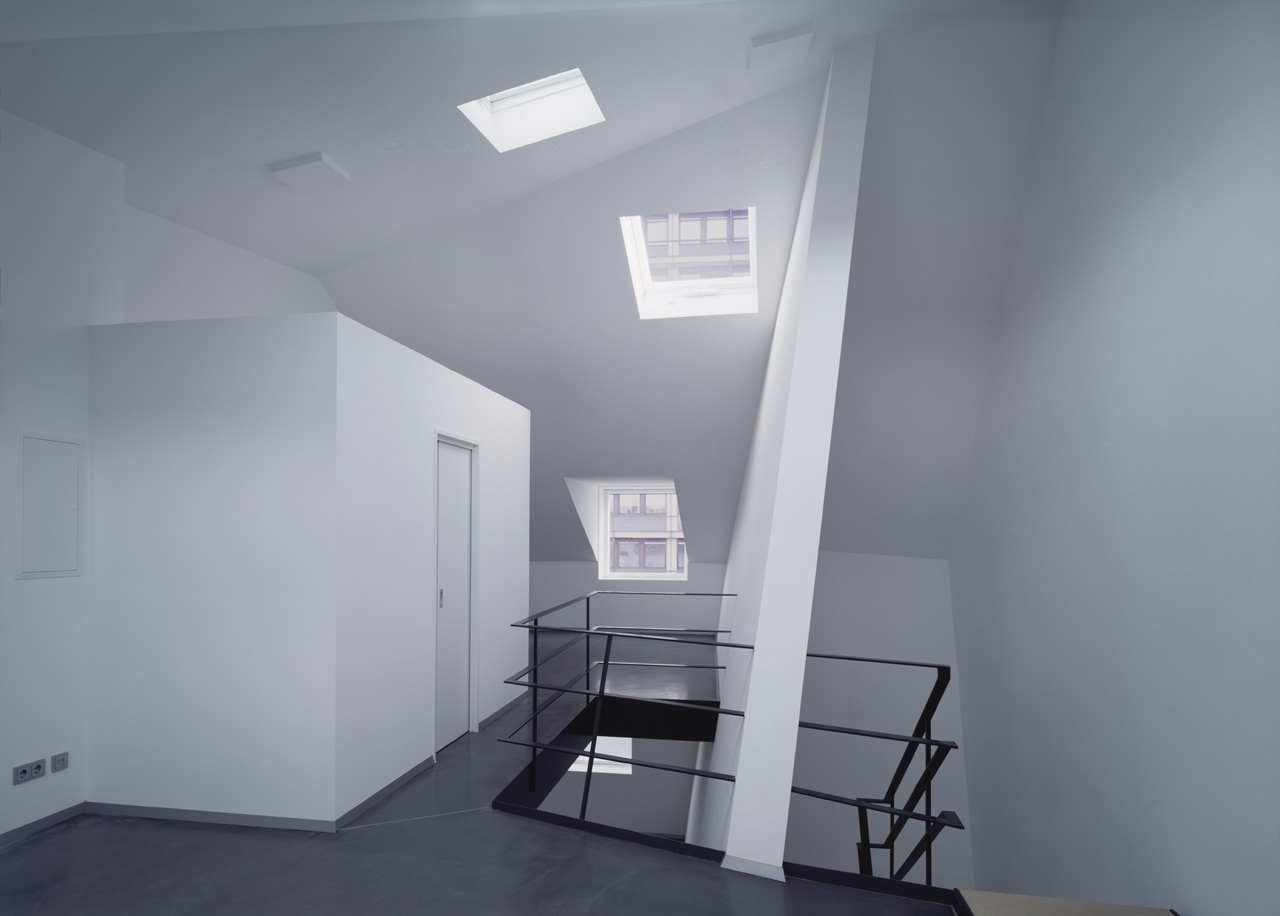 The second volume is the challenging volume. How many rules can be ignored in a place dominated and strangled by rules? The whole volume is not allowed to exist, because its total area exceeds the maximum area authorized in the urban master plan. Therefore, the volume per se is illegal. Each surface of its faceted volume casts a “shadow zone” on neighboring sites, prohibited by German planning law.
Fire regulations are ignored or only respected indirectly and the main mass of the volume crosses the municipal construction line, passing the historic monument of the door, in the street. Not a single exterior wall is standing perpendicular to the vertical and the differentiation between the wall, the roof and the ground, the main categories of building elements in architecture, is dissolved.

It took two years of negotiation with the local planning authority to get the plans approved. The fact that the building violates certain rules has never been hidden. In fact, the title of the project "Legal / Illegal ”was printed on each submitted plan. Instead of a subversive approach that hides deviations from the rules and attempts to use loopholes in the law, the architect chose a very frank approach consisting in openly confronting the administration with the digressions. The project thus tries to reveal the absurdities of the surplus of planning regulations rather than to work its way around it. The project also tries to create unique spaces to live and work in a neglected site. 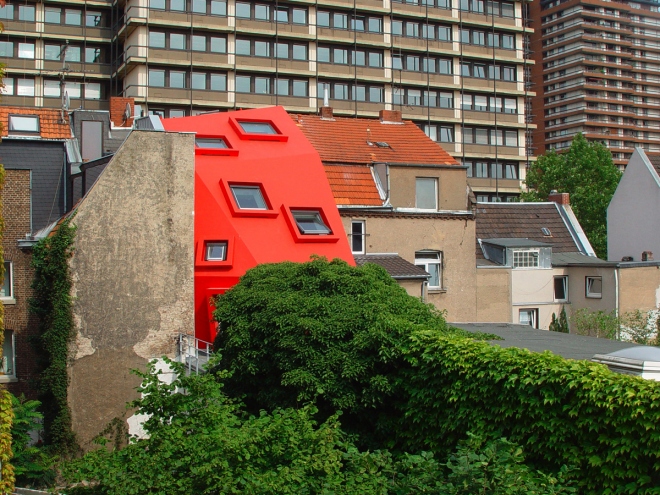 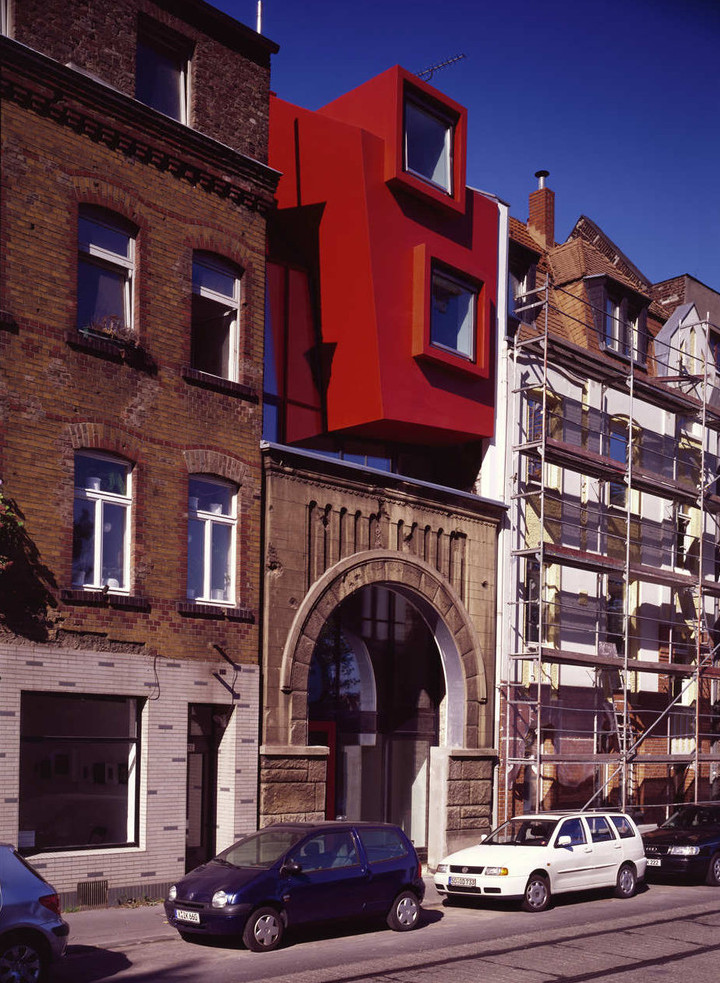 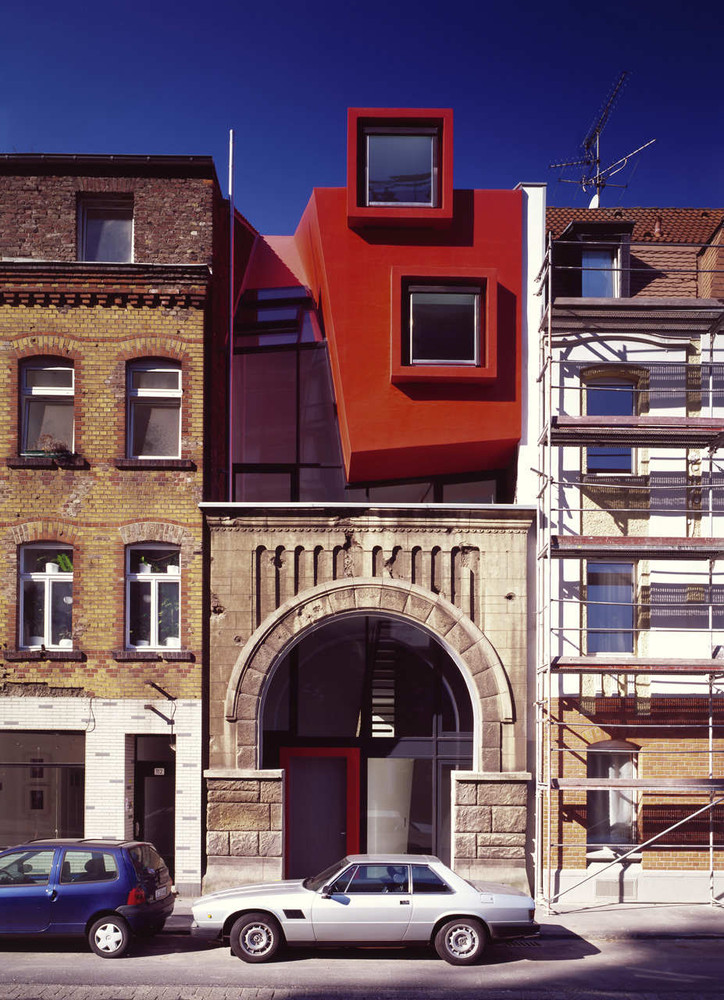 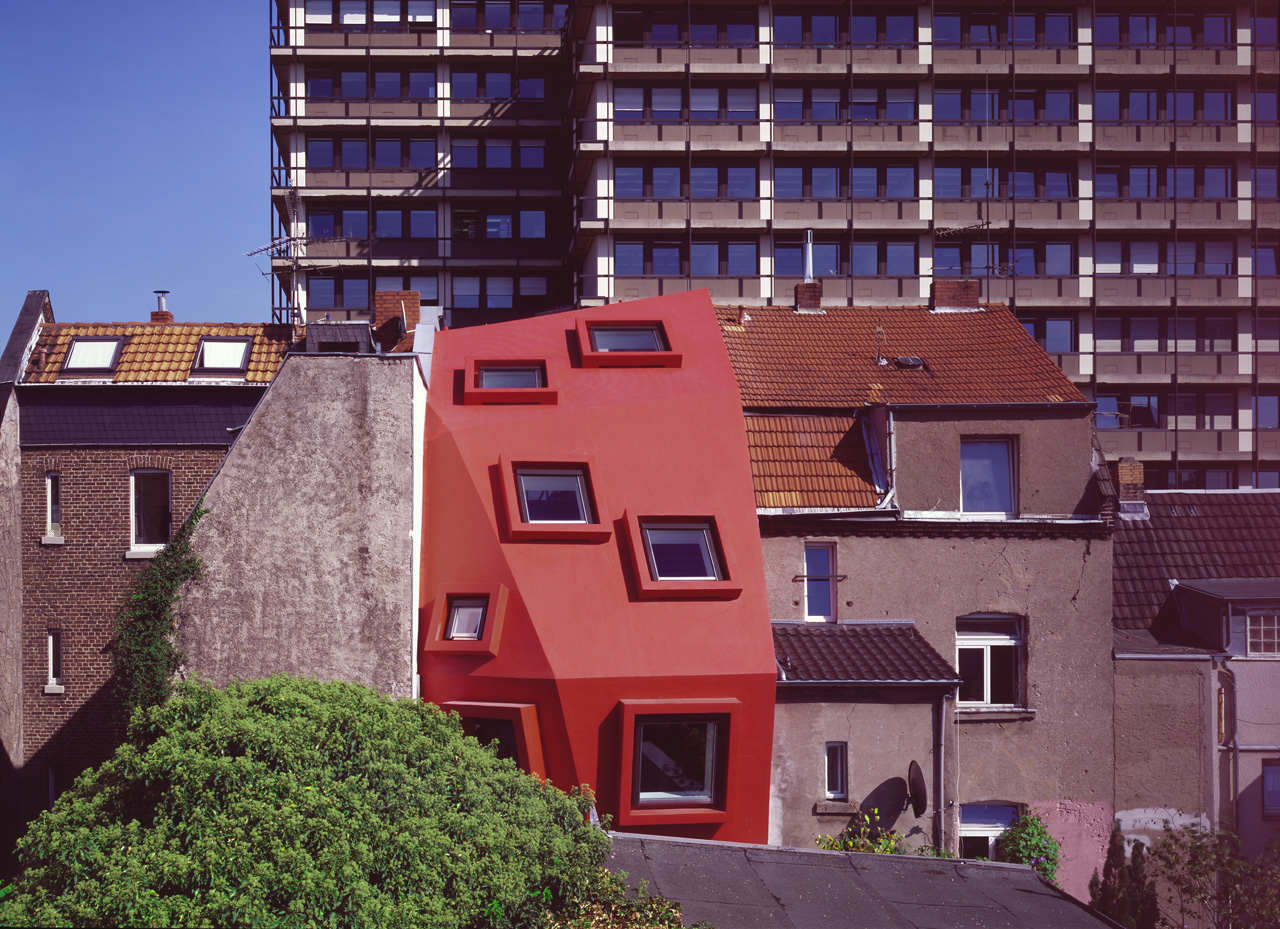 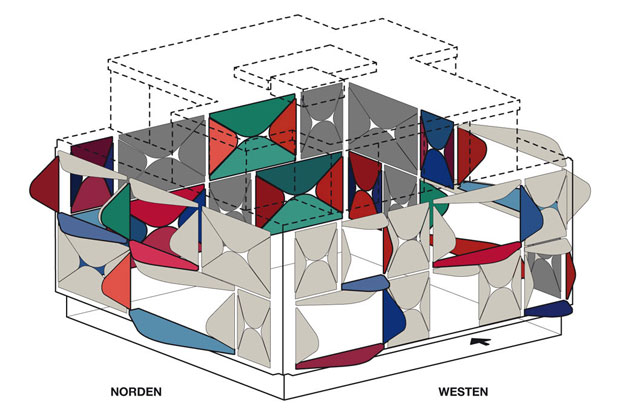 the building contains five residences in a residential area in central Zurich, architect Manuel Herz designed a house with a striking facade comprising functional horizontal and vertical louvers. Manuel Herz, Ballet Mecanique is the nickname given to this urban villa in the residential district of Seefeld, in Zurich. 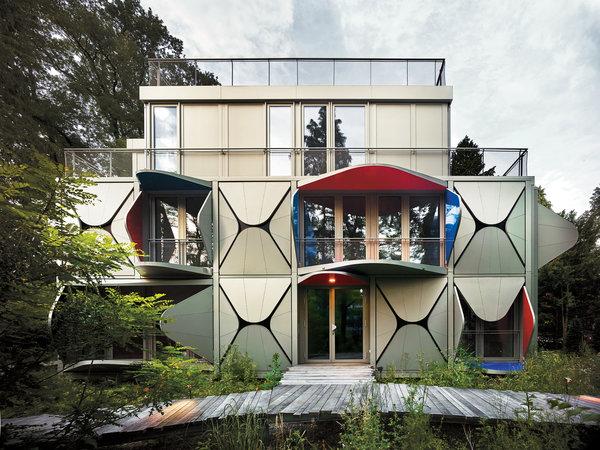 Although the scale and organization of the design of Manuel Herz are comparable to other residential structures in the neighborhood, the appearance of the building takes on a very different character. The geometrically simple shape of the structure contrasts with its dynamic facade, which gives its name to the project: "Mechanical Ballet". 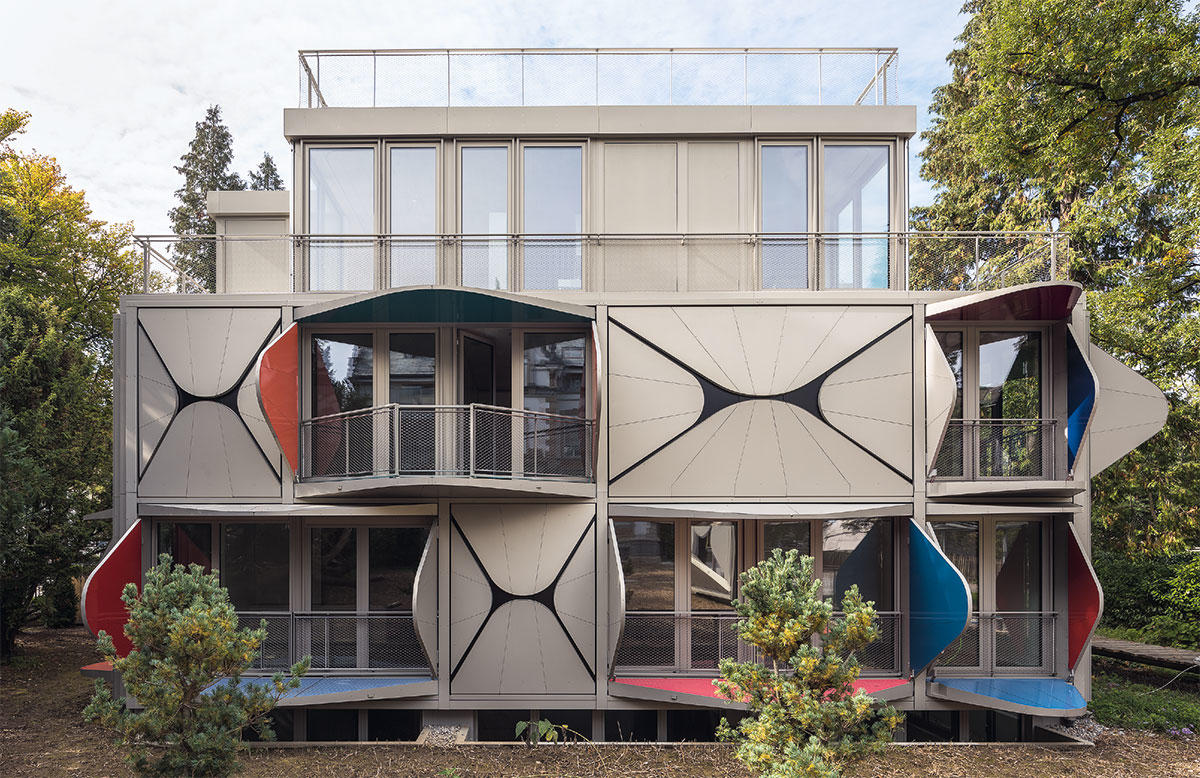 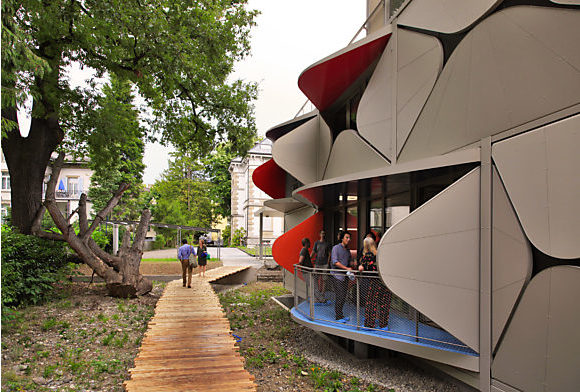 The diagram includes horizontal and vertical louvers of rounded triangular shape which unfold to become accessible balconies with corresponding roofs. vertical louvers darken rooms when closed, or offer privacy and privacy when open. The adaptable nature of the design means that a series of temporary spaces can be created and used depending on the time of day or season.
using a hydraulic mechanism, four different types of façade elements were installed: a mobile element with a ramp that can be deployed to become an accessible balcony; a mobile component without railing serving as a shading device; a static element which provides permanently accessible balconies and sections of static closed walls having the same shape as the other elements.
the building has a uniform tone of champagne color and slightly metallic. However, the interior sides of the shutters have a spectrum of colors varying between red and blue. This means that when the facade is open, a rainbow of red and blue enlivens the otherwise monochrome facades of the building. 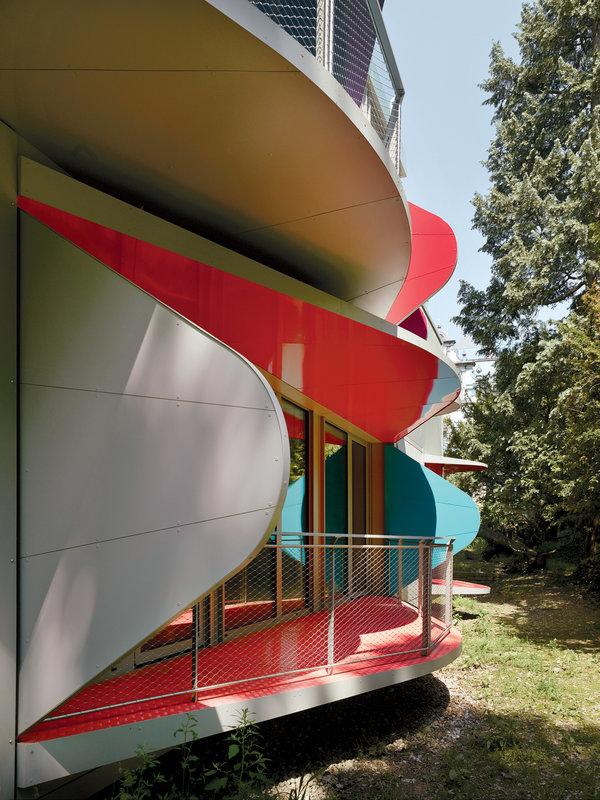 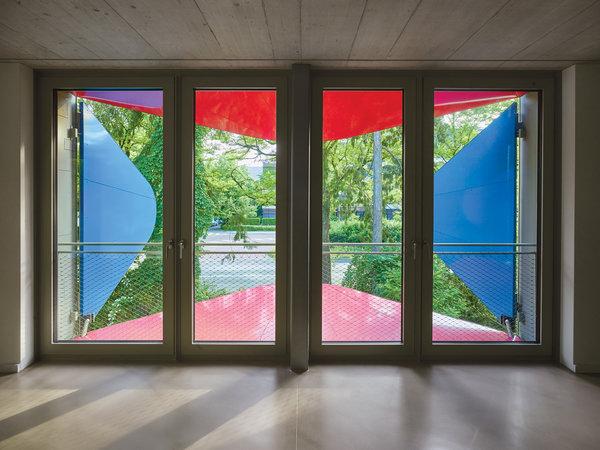 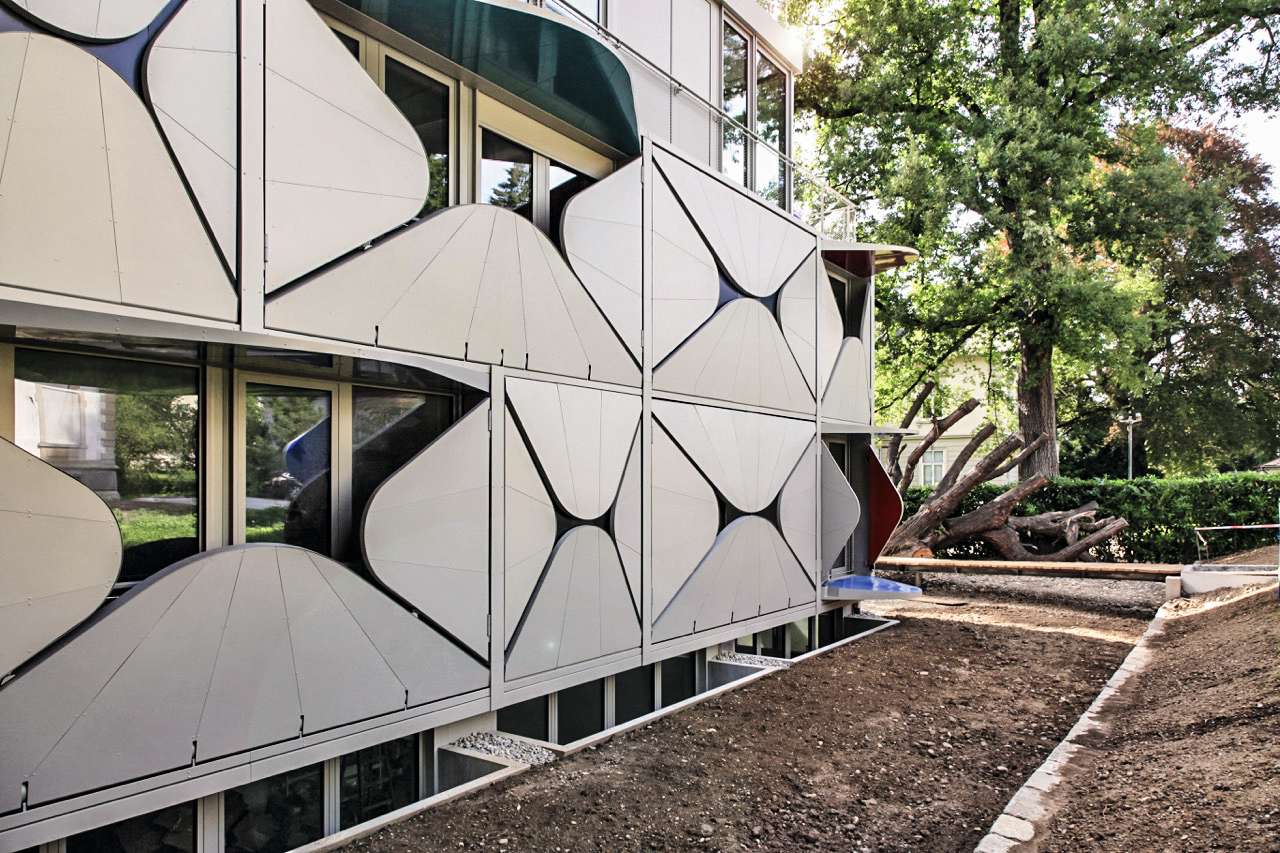 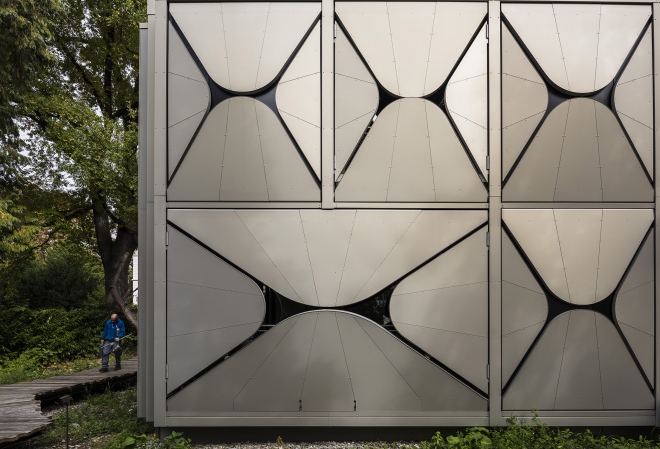 the shutters can be closed to ensure privacy and darkness ! 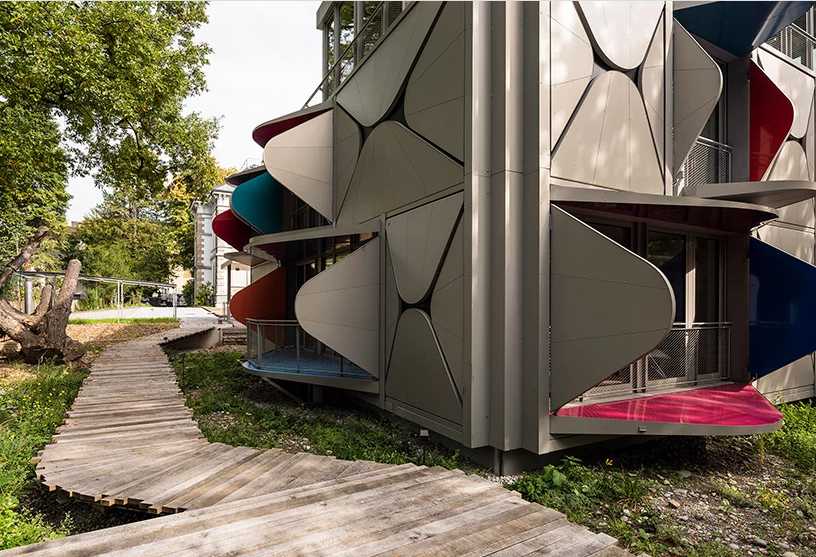 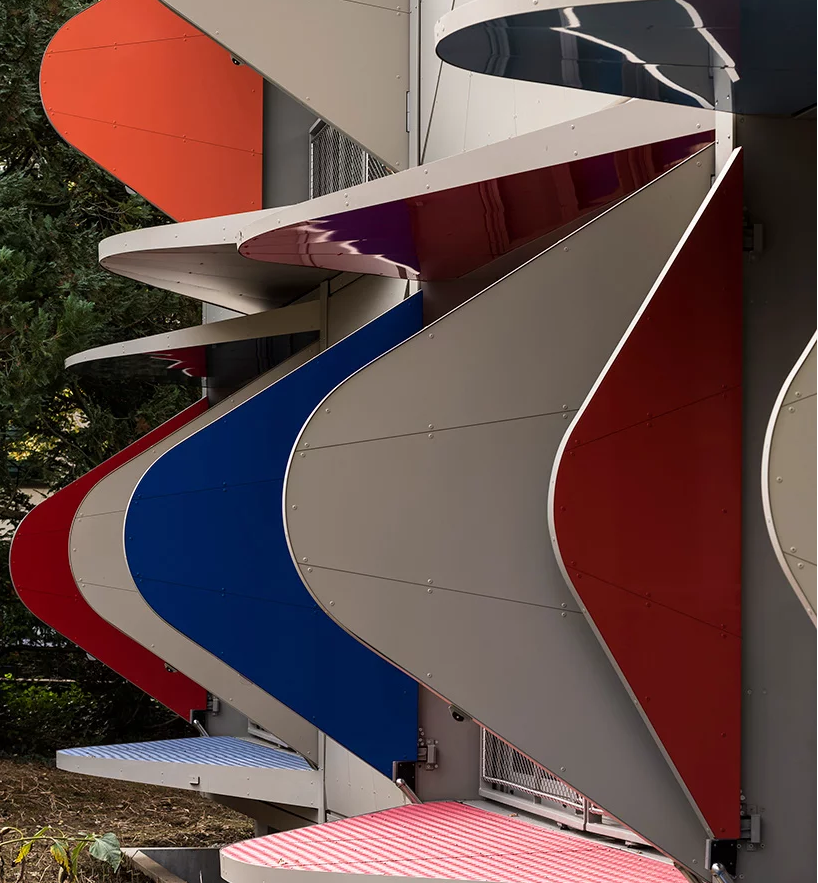 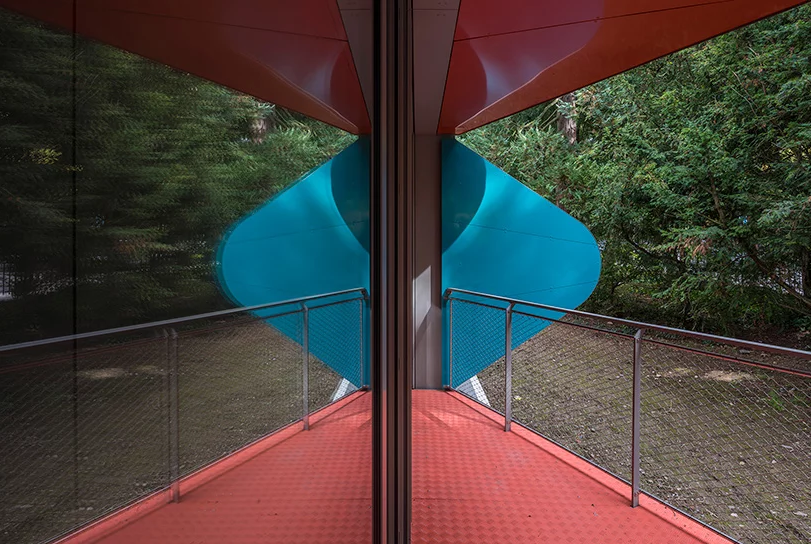 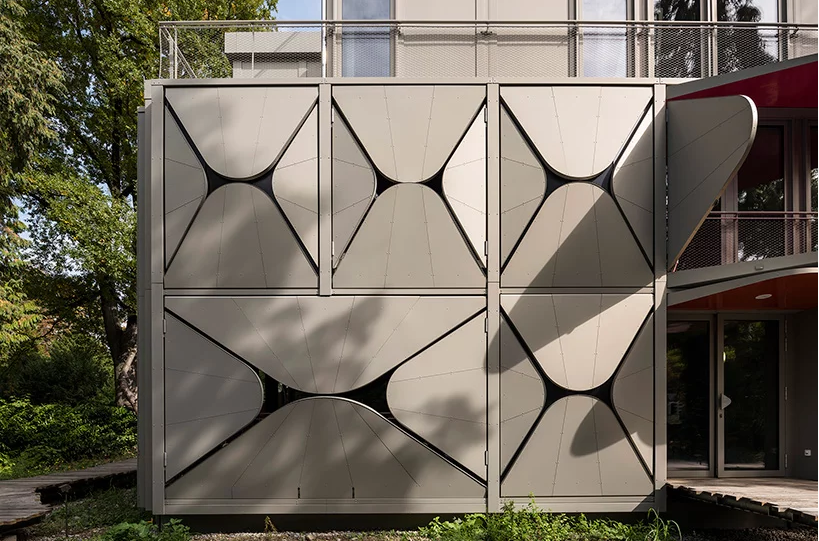 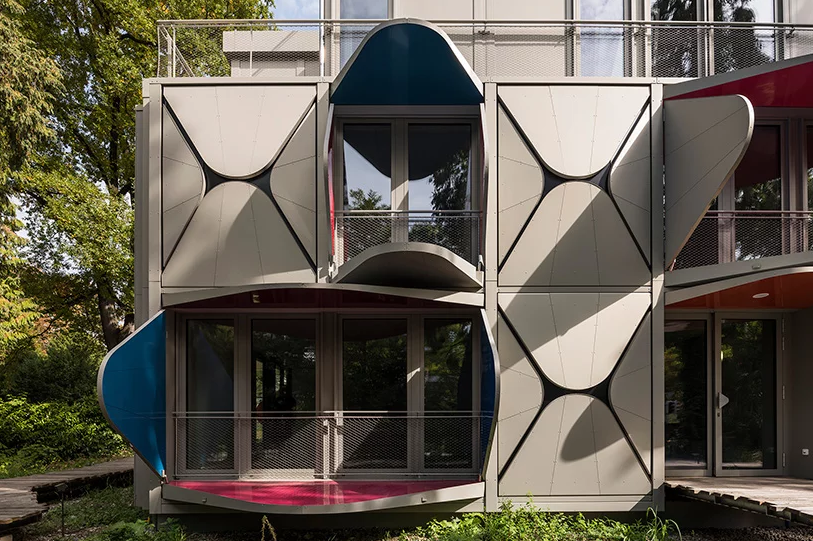