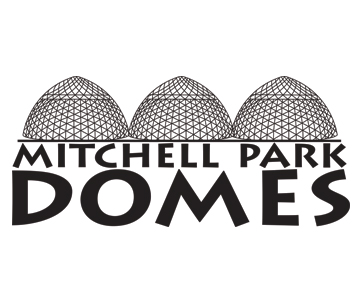 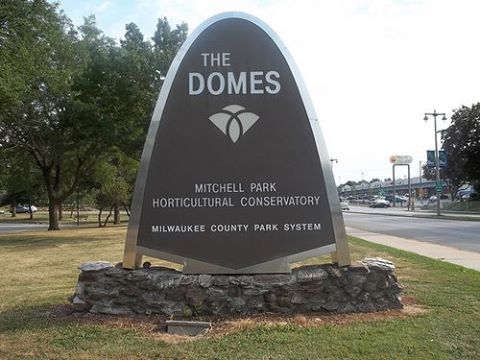 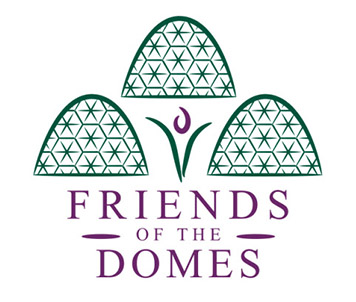 Designated by Donald L. Grieb Associates, architect.
The Conservatory is made up of three beehive-shaped glass domes that cover 140 feet (43 m) in diameter and are of 85 feet (26 m) from above. They are called the first conoidal domes in the world. 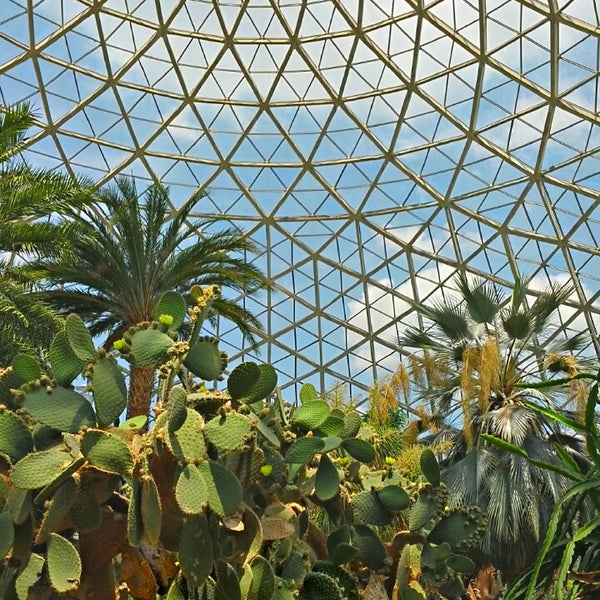 The three domes display a wide variety of plants . The botanical garden is home to arid plants and cacti, tropical flowers and plants and has many floral varieties.

The construction of the domes began in 1959 and the work was completed eight years later. 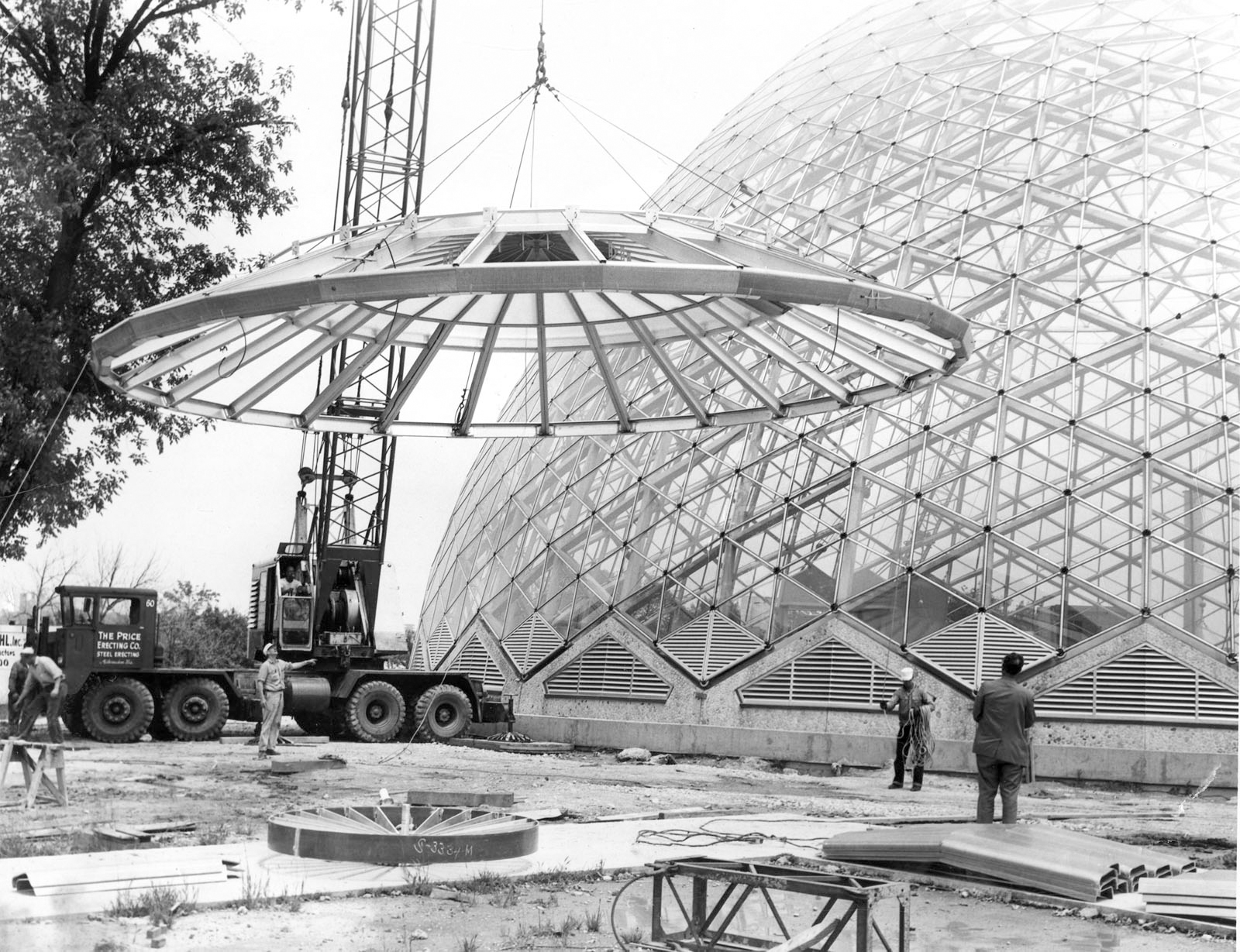 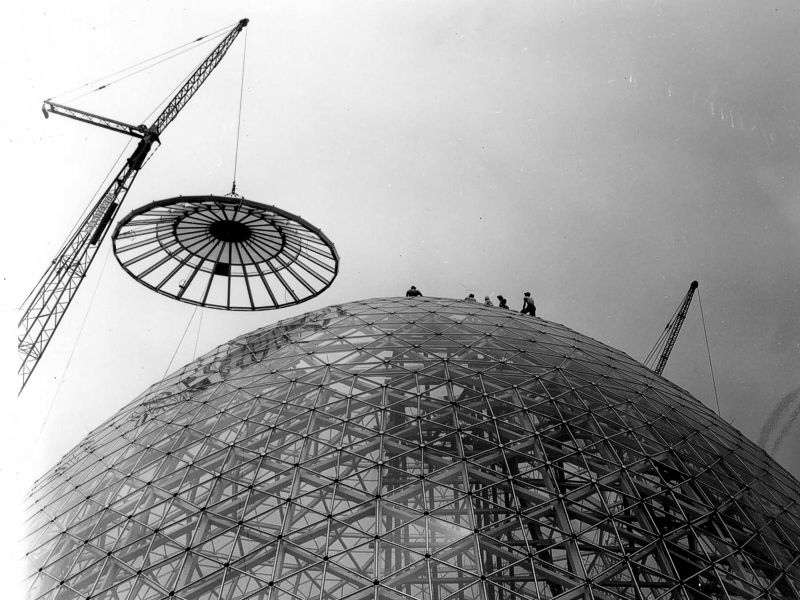 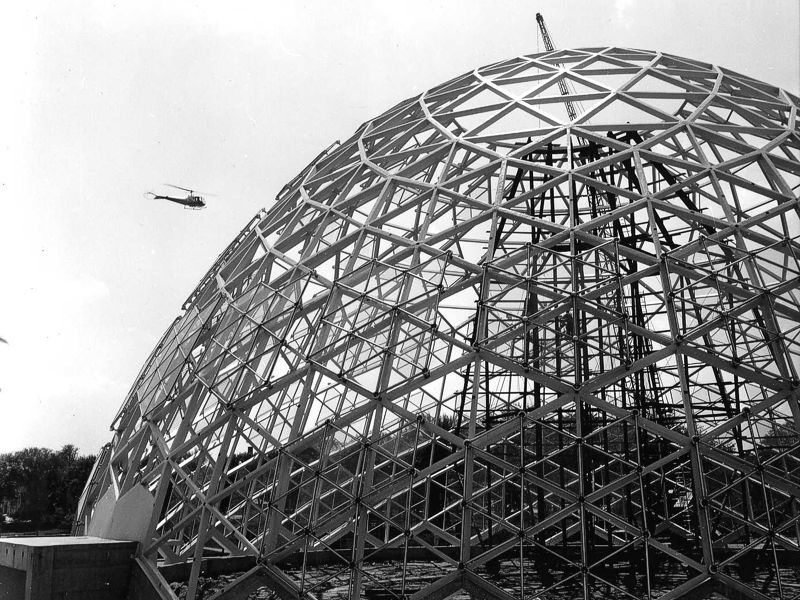 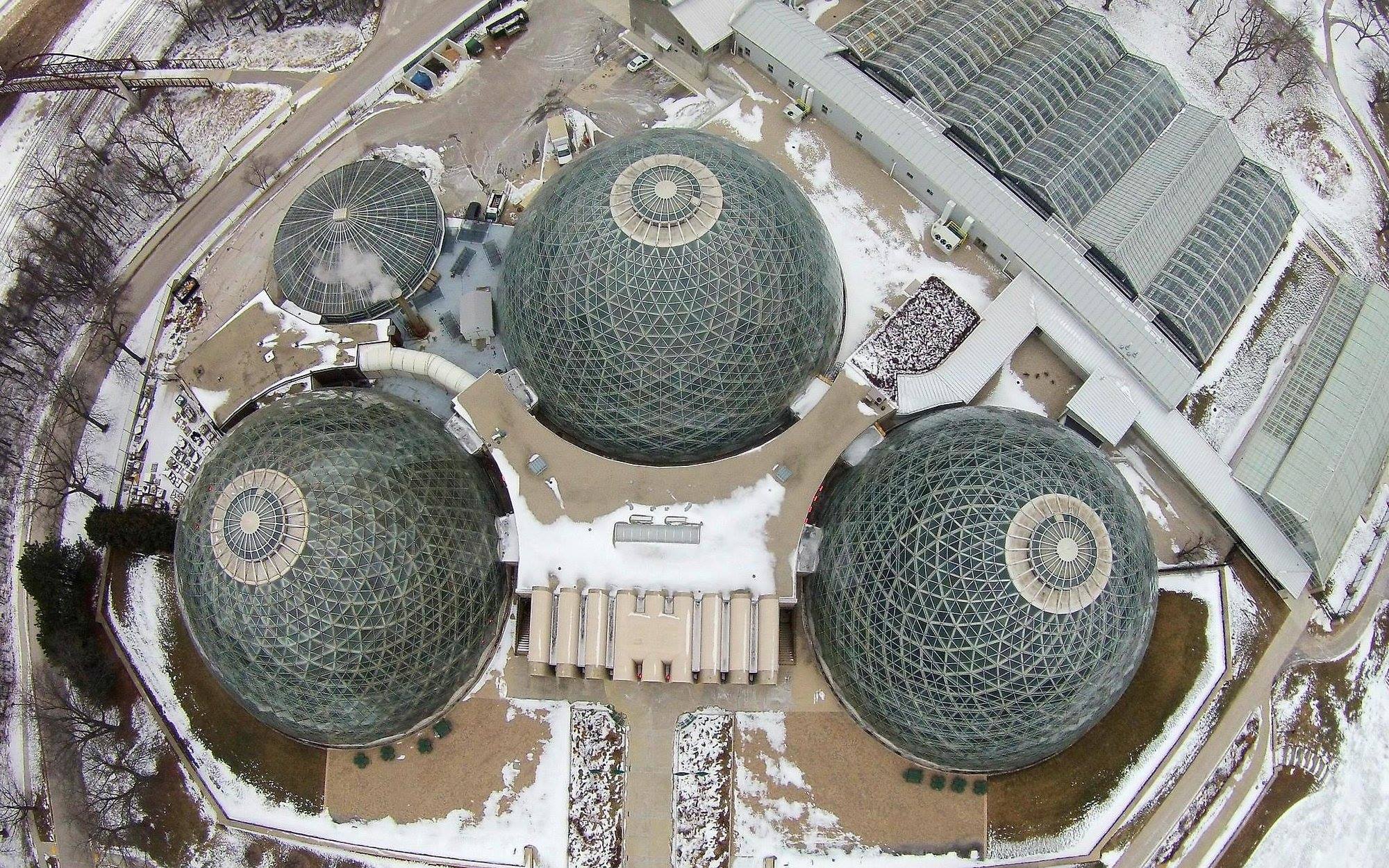 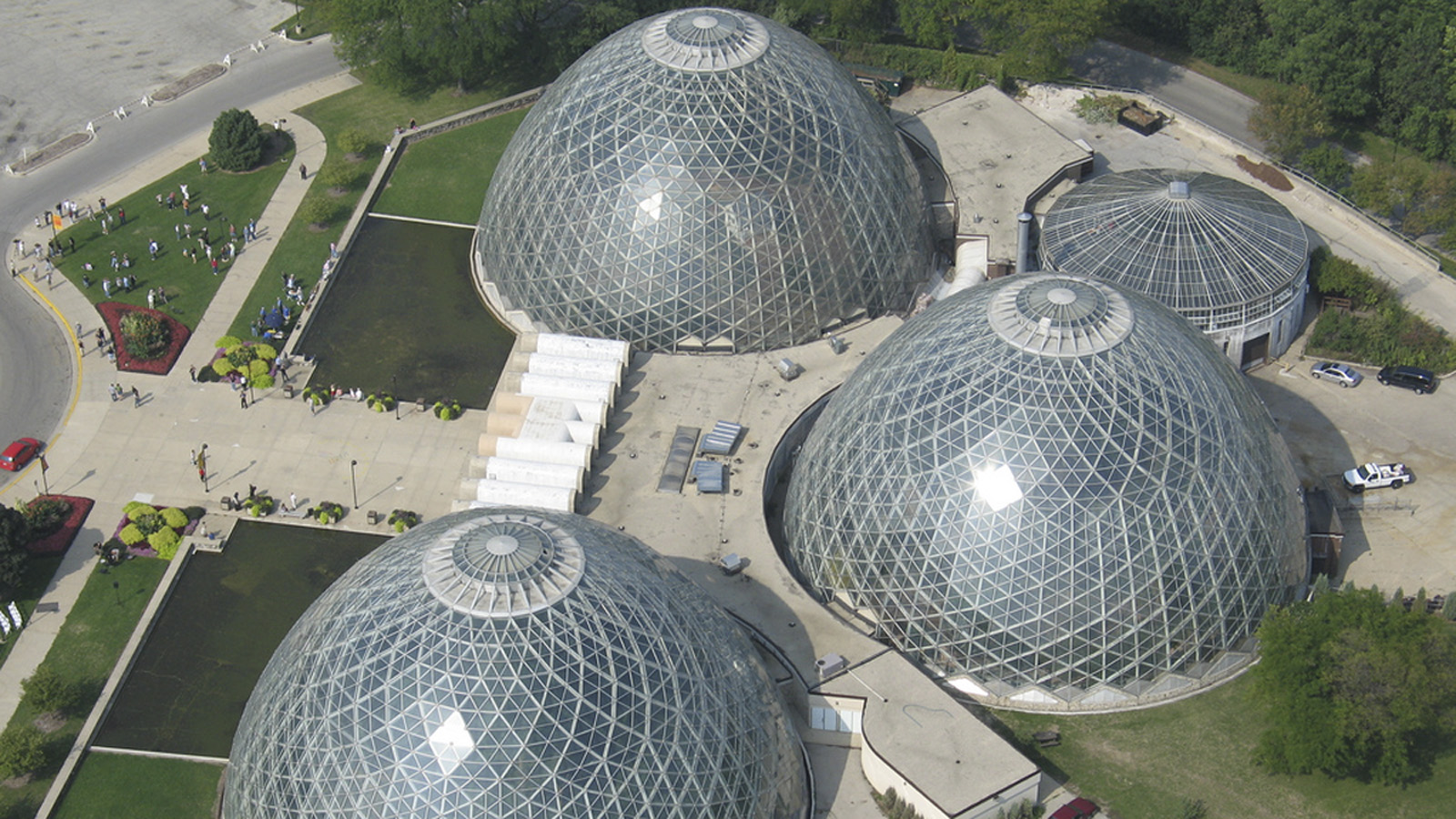 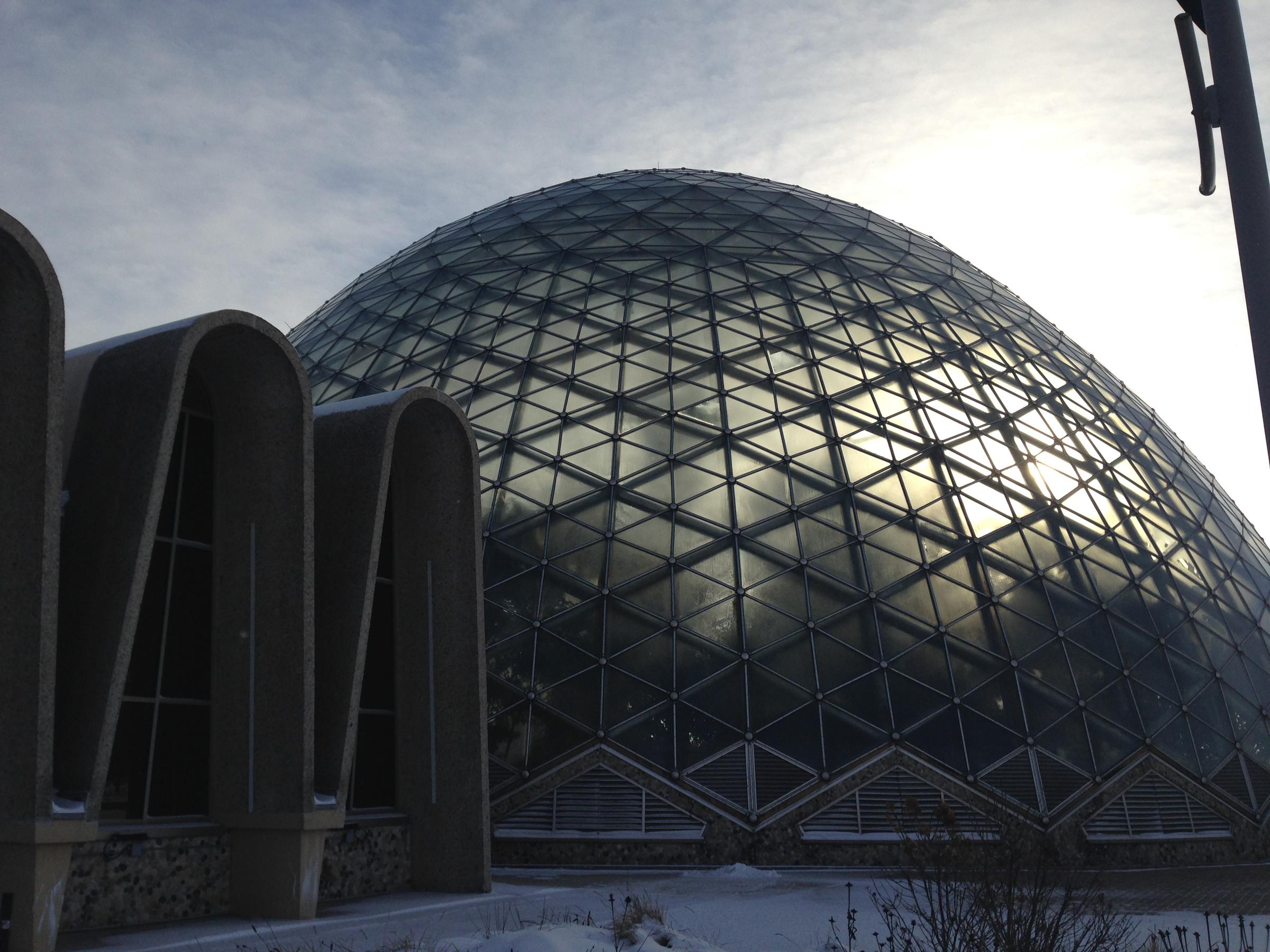 The whole is presented on 7 floors where a desert is reconstructed, in particular, a tropical forest and many other horticultural presentations. 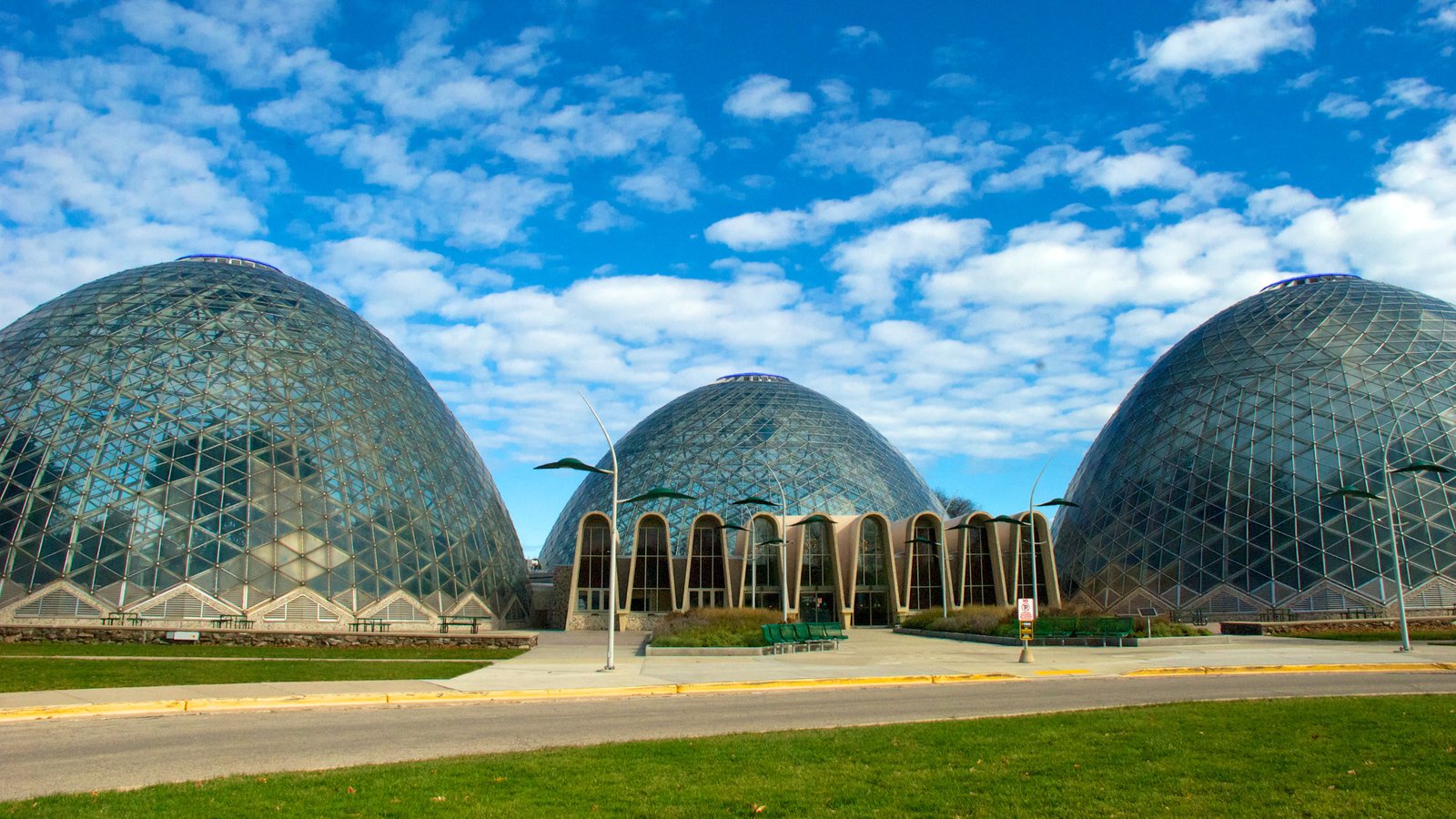 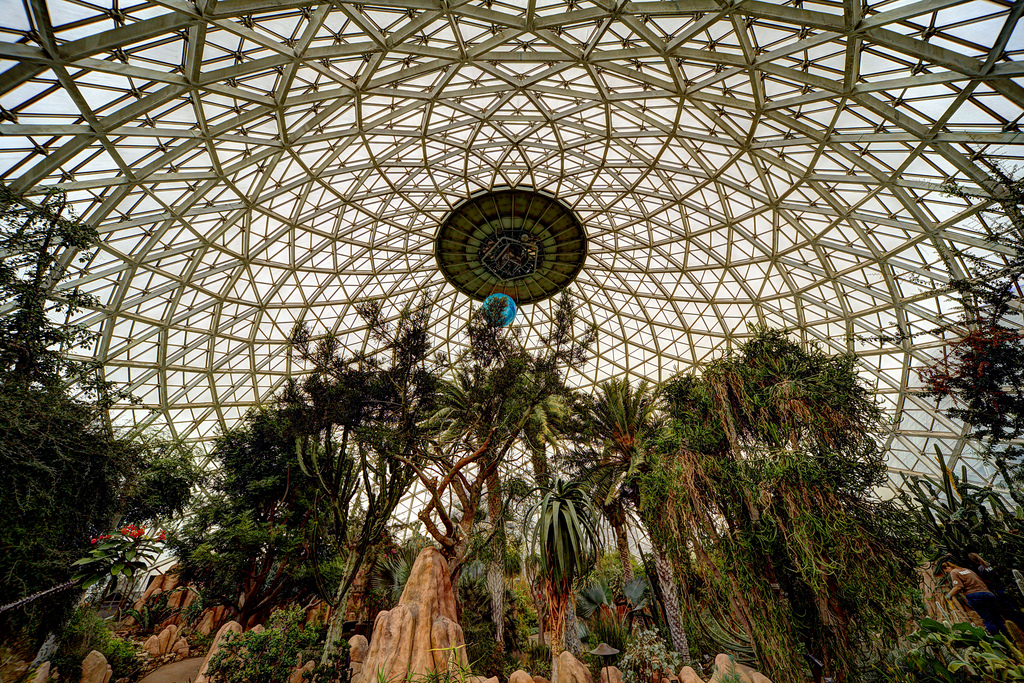 In February 2016, the domes were closed when the building materials started to fall to the ground.
Workers install stainless steel trellis inside show dome at Mitchell Park in front of dome, Thursday 31 mars 2016. The mesh with hexagonal openings of 1/2 thumb is lifted in line inside the entire dome show. The guide cables were installed horizontally with the mesh attached. The opening traps debris and is sufficient to allow adequate light for the plants in the dome. Each of the three domes in Mitchell Park is closed for public safety. Show Dome. Milwaukee Journal Sentinel photo de Rick Wood / RWOOD. 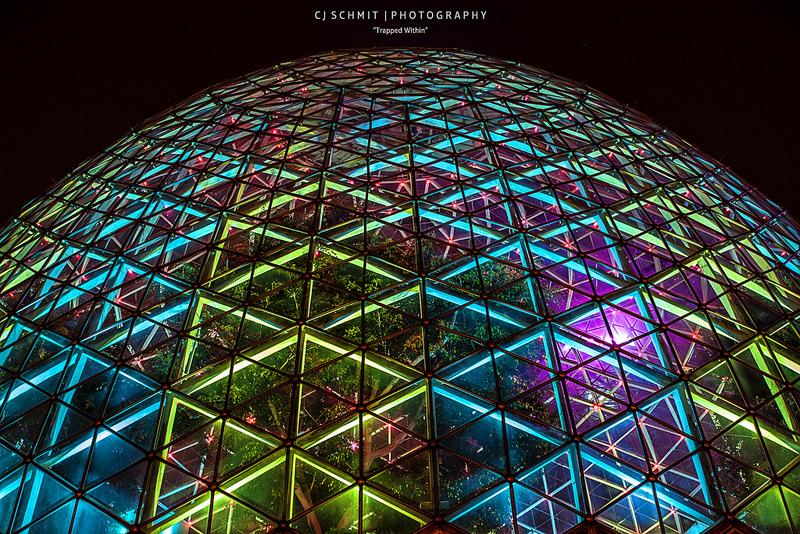 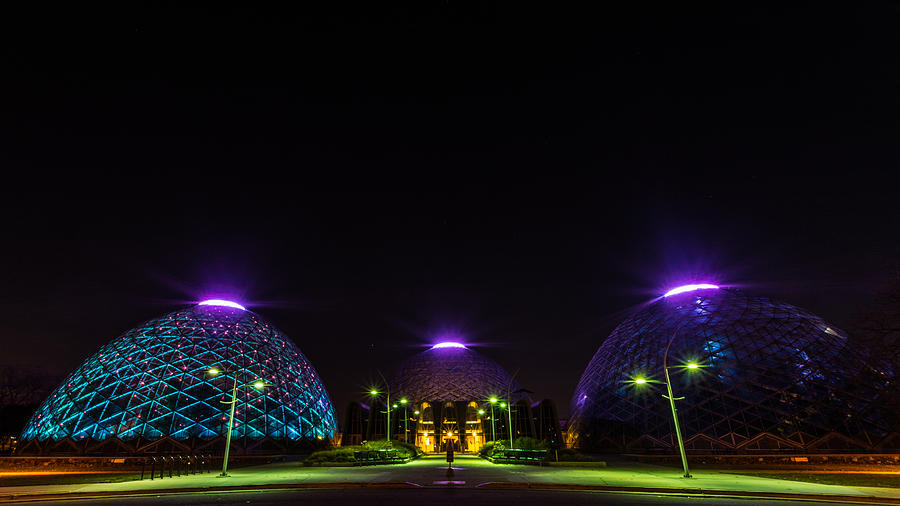 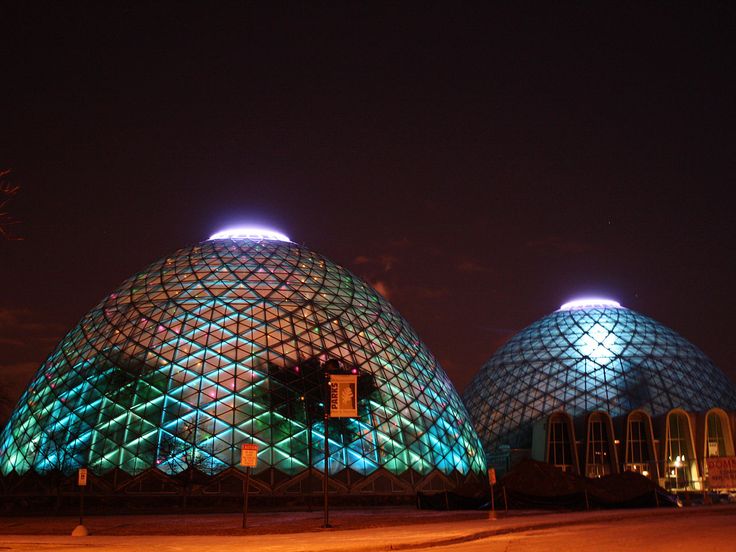 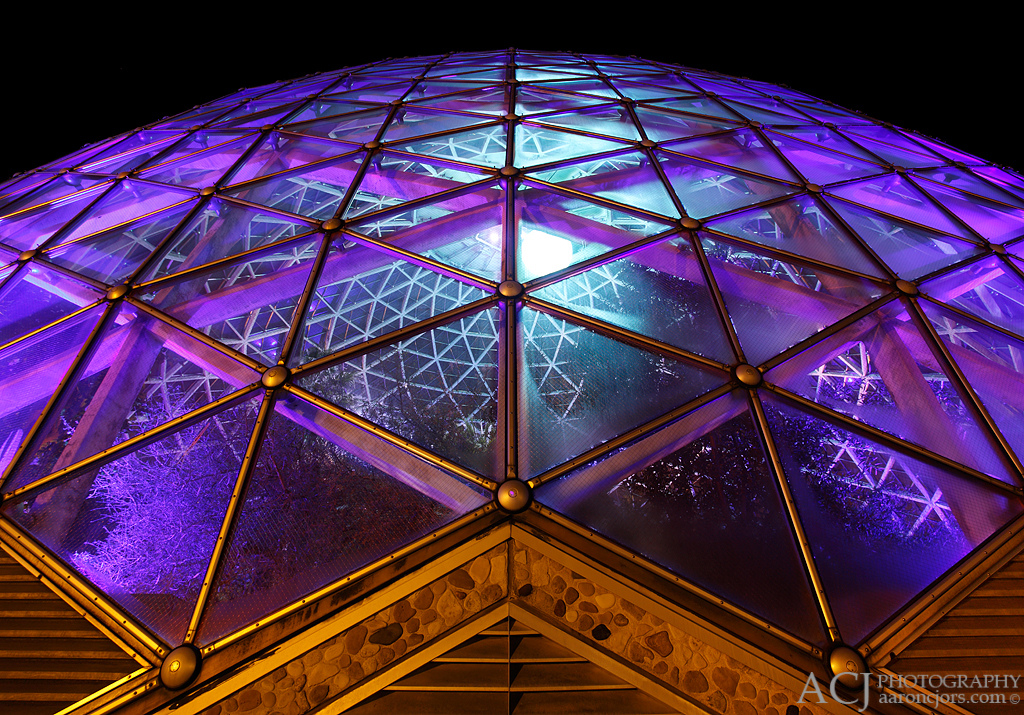 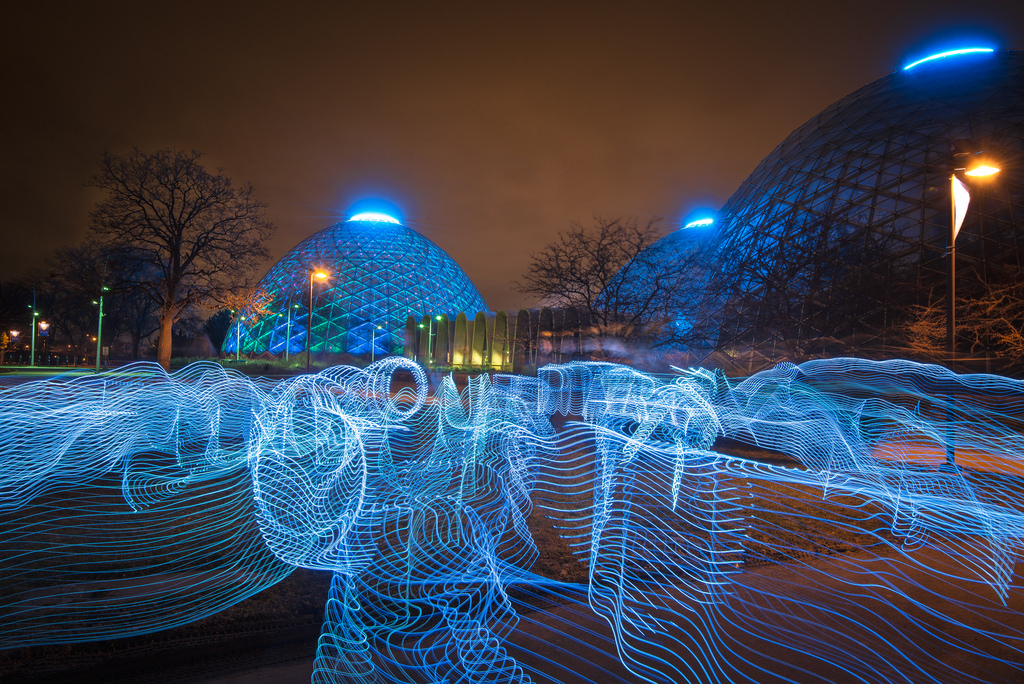 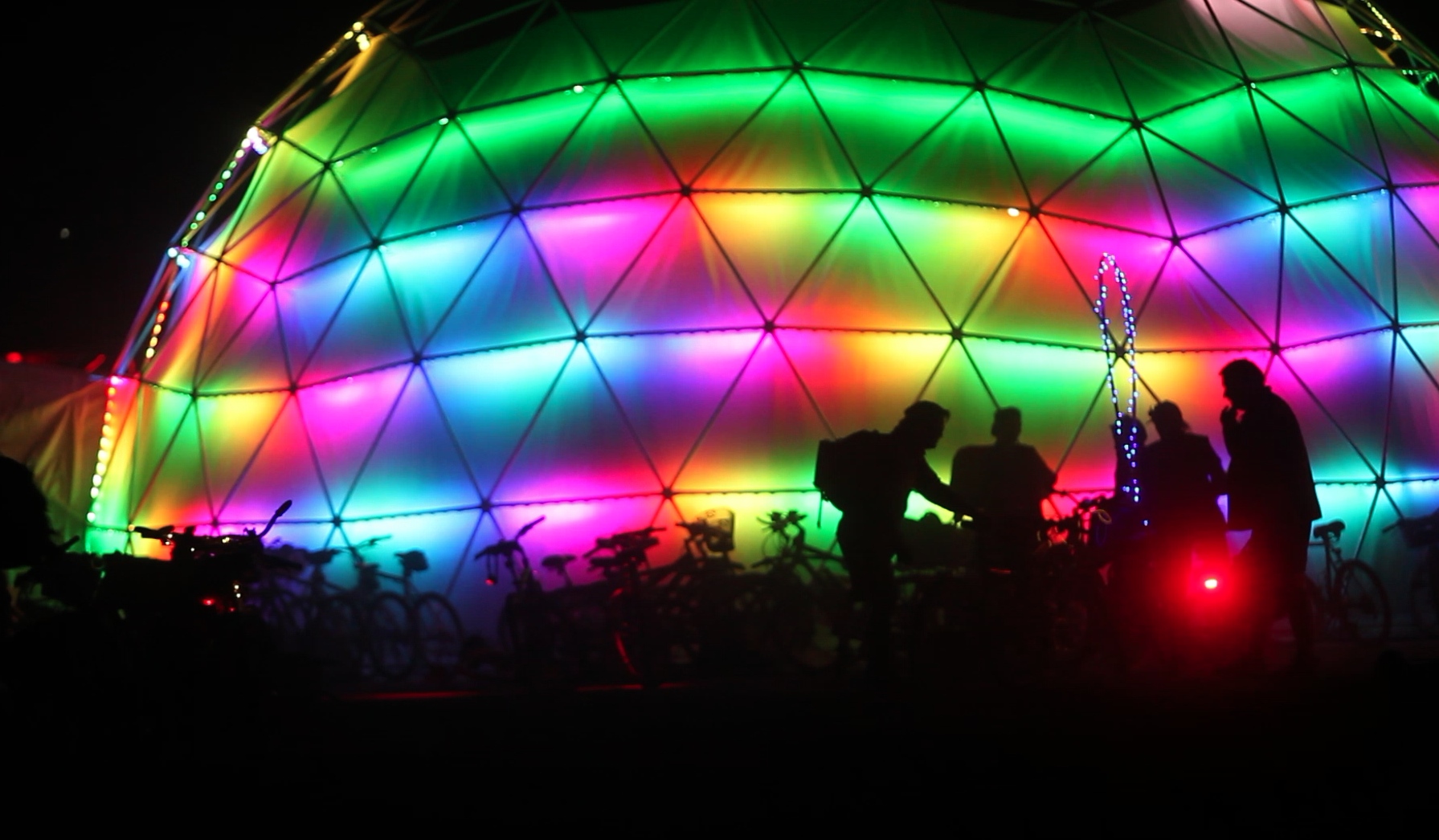 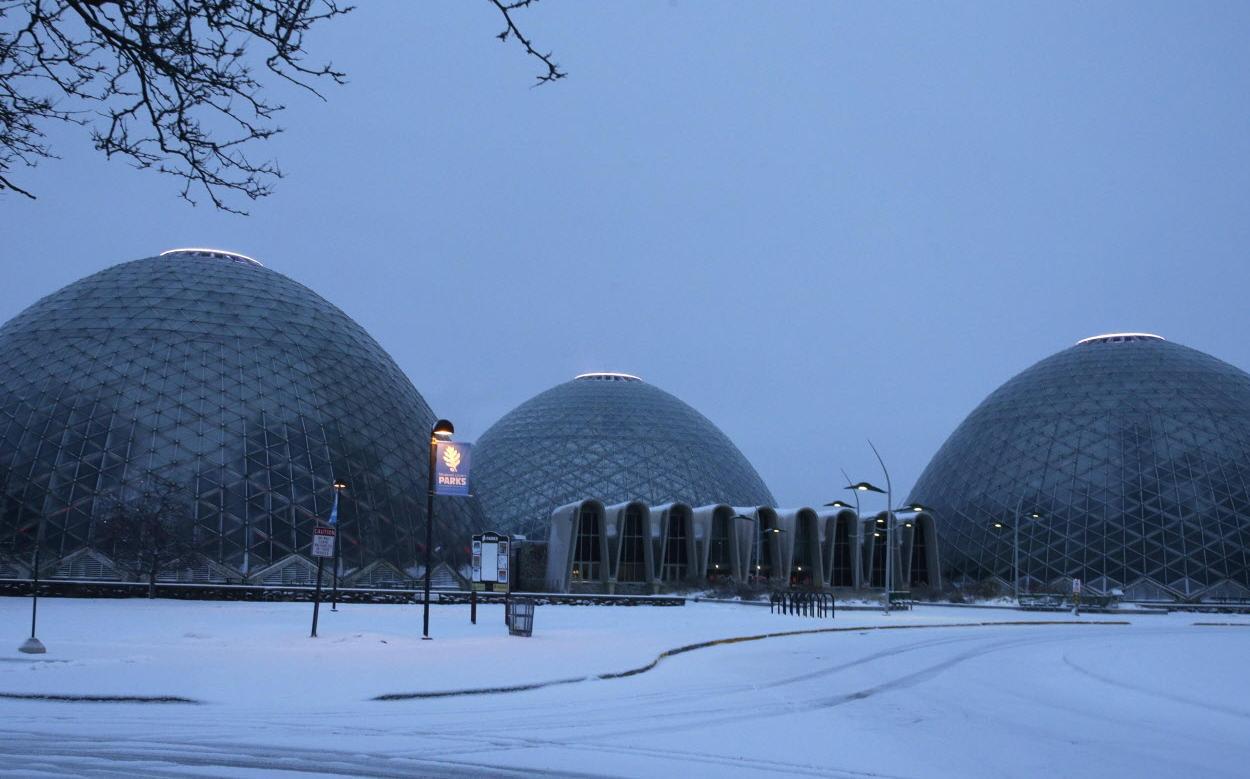 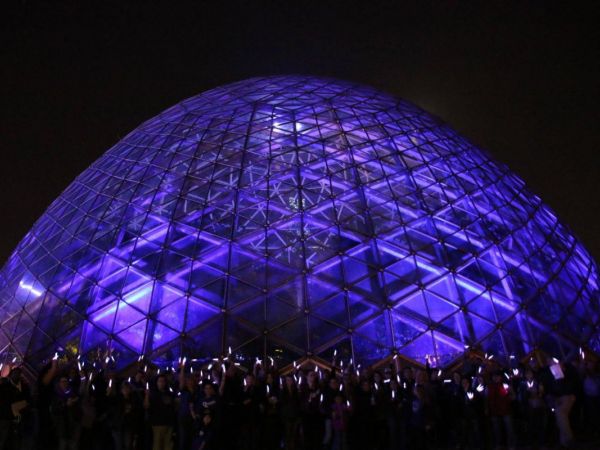 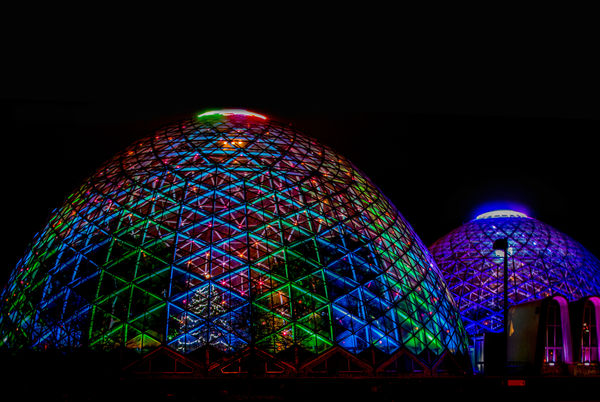