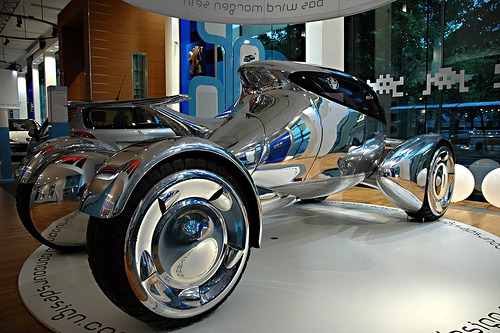 The Moonster is a concept car from the French automaker Peugeot.

Was chosen as a winning project among the 2000 offers from all over the world, which took place in the first

All phases of the project were carried out in collaboration with the team of engineers, manufacturers and modelers AUTOMOBILES PEUGEOT, Paris, France.

The futuristic concept car MoOnster was chosen as the winning project among 2000 offers of the whole world, which took place at the International competition first Peugeot Internet – “PEUGEOT 2020 – design competition ".

You remember the design competition launched by Peugeot on the Internet ? It was stipulated that the project would be unveiled winner, life size, at the Frankfurt Motor Show 2001. The result is dropped and the dream becomes reality for Marko Lukovic, a young Yugoslav Designer, student at the University of Applied Arts in Belgrade. And the big surprise ! Needless to say Marko Ludovic is fond of comic books and science fiction movies. But where he went for it all ?

Produced under the project management of the Peugeot Style Center, with the help of coachbuilder Lecoq, which ensured the manufacture of aluminum dress, Moonster measure 4 m long and 1,95 m wide, with a wheelbase of 3 m and a height of 1,65 m. Moonster is a kind of metallic fluid form sculpture, aerodynamic, hydrodynamic or by a certain origin ichtyologiwhat. Like a fish in water, or rather in the sea of ​​tranquility ! With its two-seater cockpit, the Moonster, as indicated by his name, would indeed well have been the Apollo or the Cosmos TV series 1999. Looking for selenite ! Stronger, tires 300 × 55 R21 provide unprecedented sculptures evoking the imprints left by astronauts on the Moon.

And the dream becomes reality for Marko Lukovic, a young Yugoslav Designer, student at the University of Applied Arts in Belgrade. 2001, 2010 and 2020 !

Presentation of the body Lecoq 2015 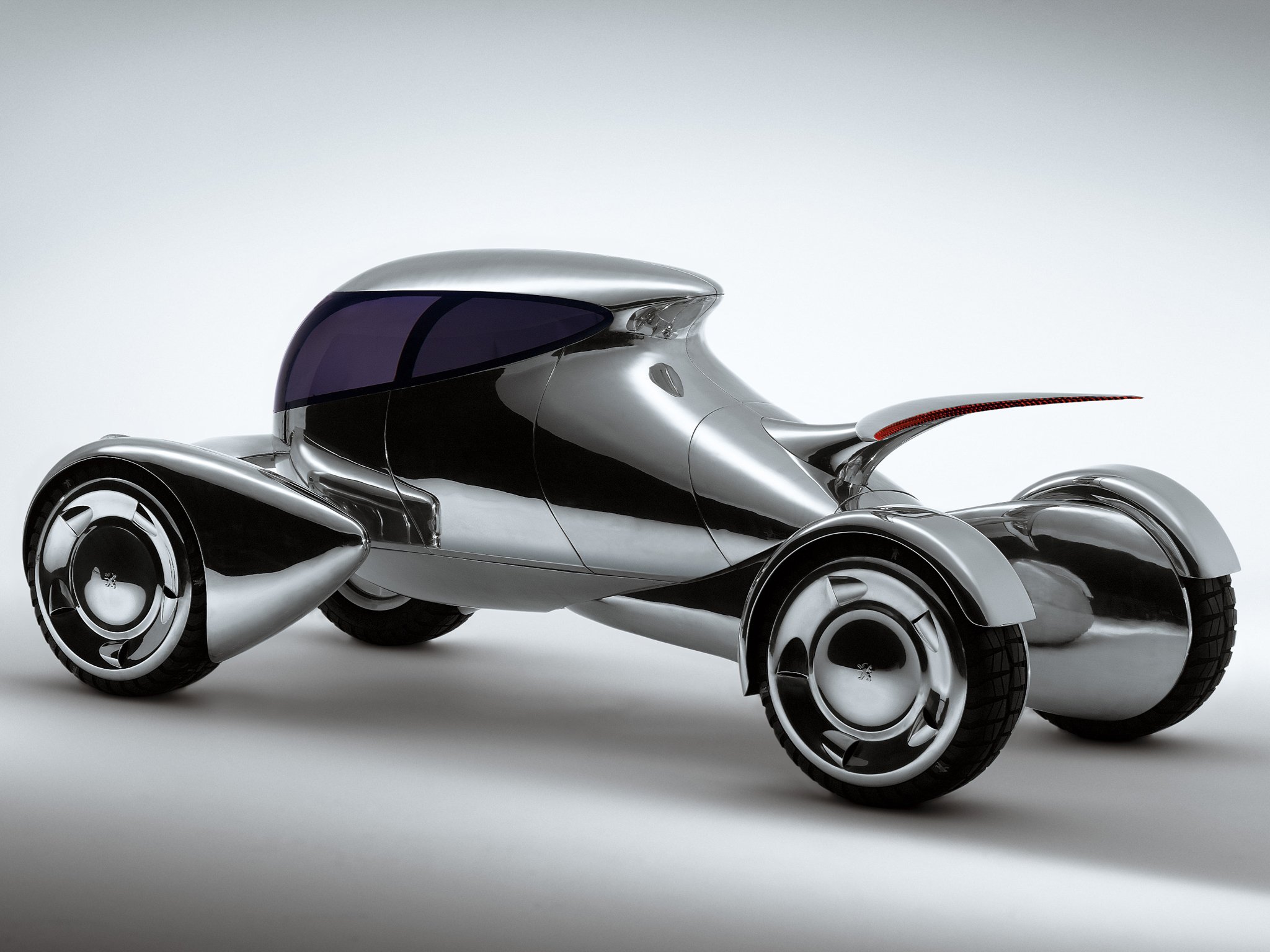 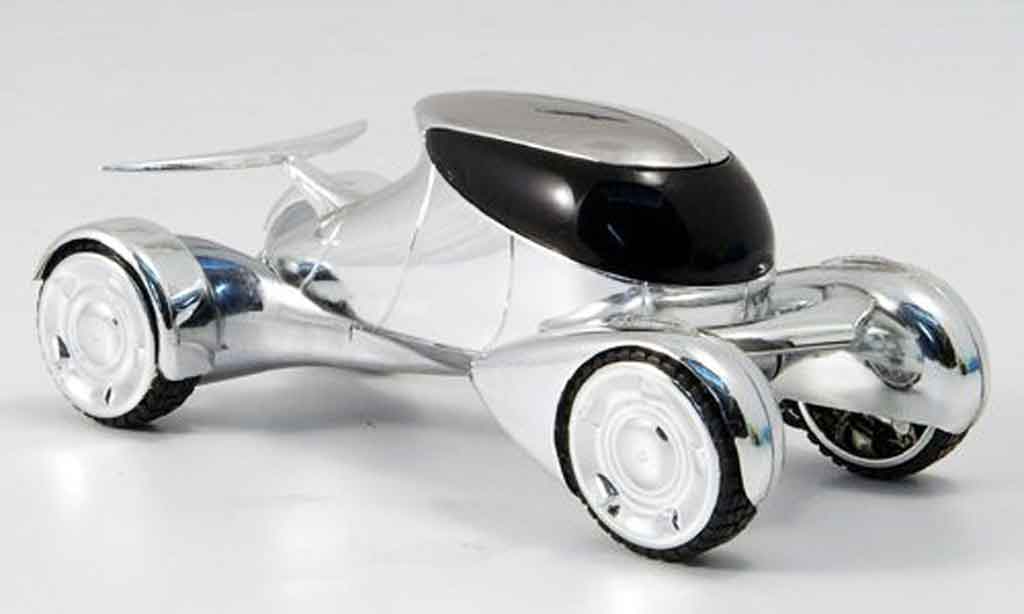 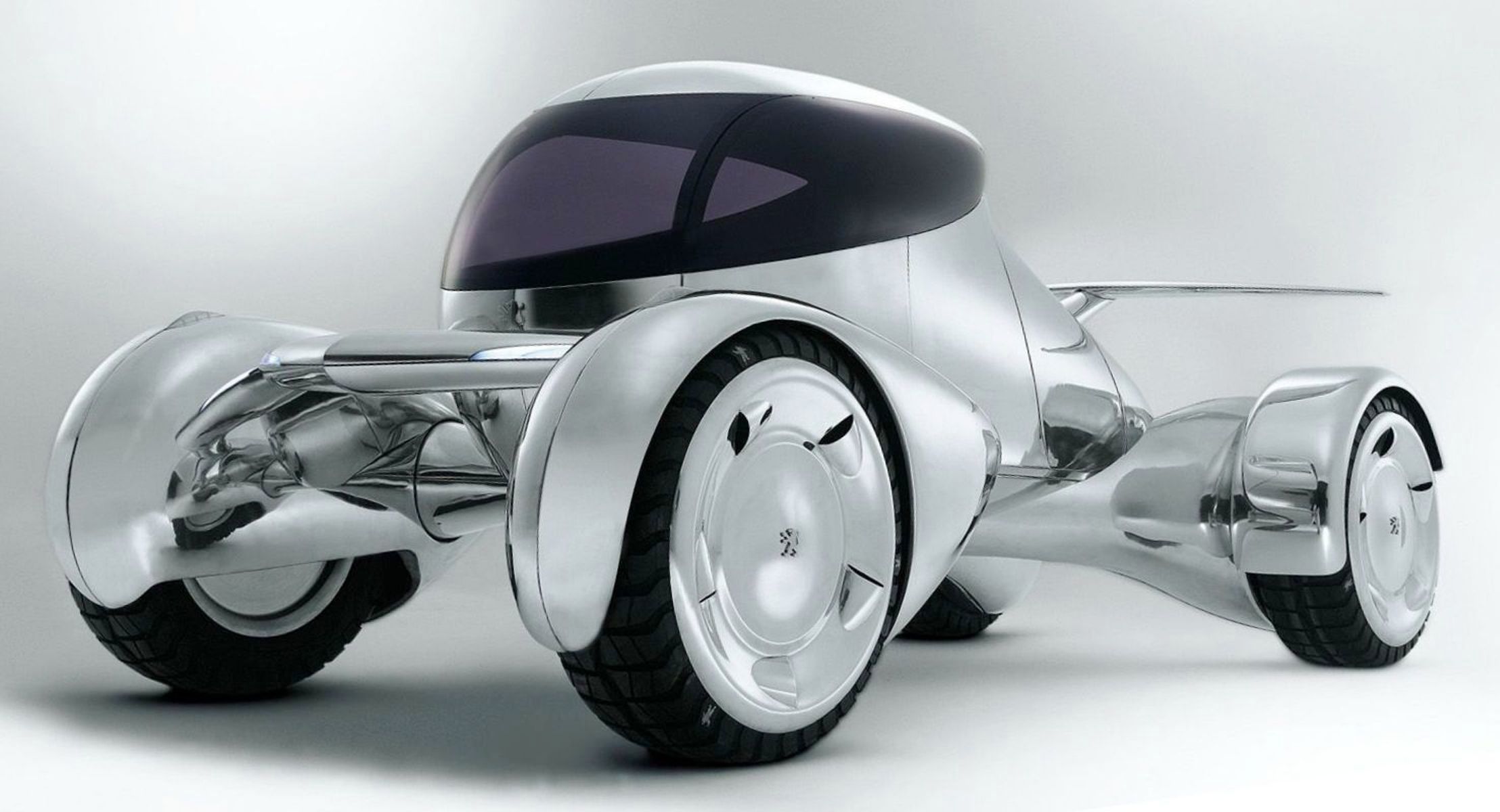 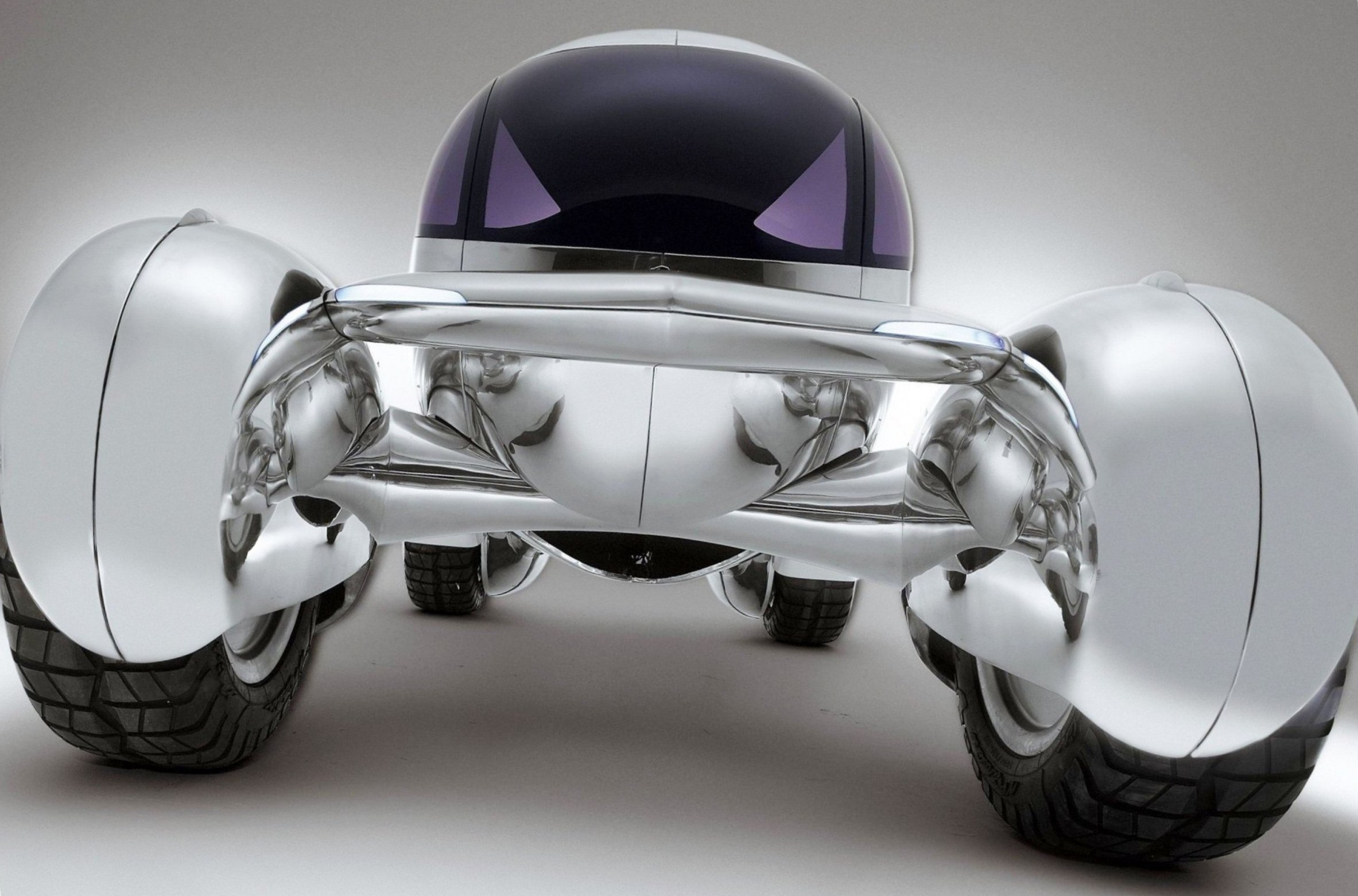 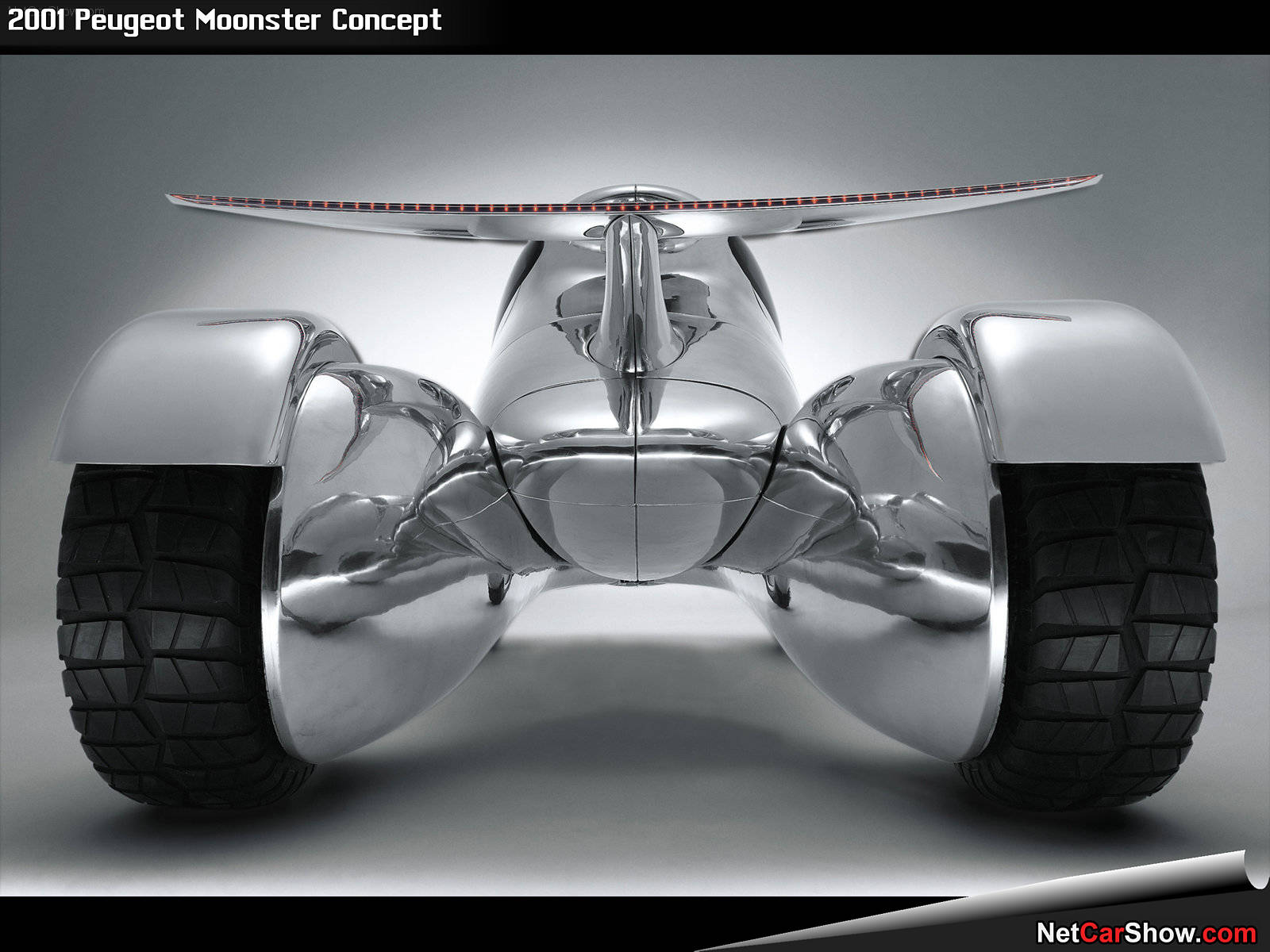 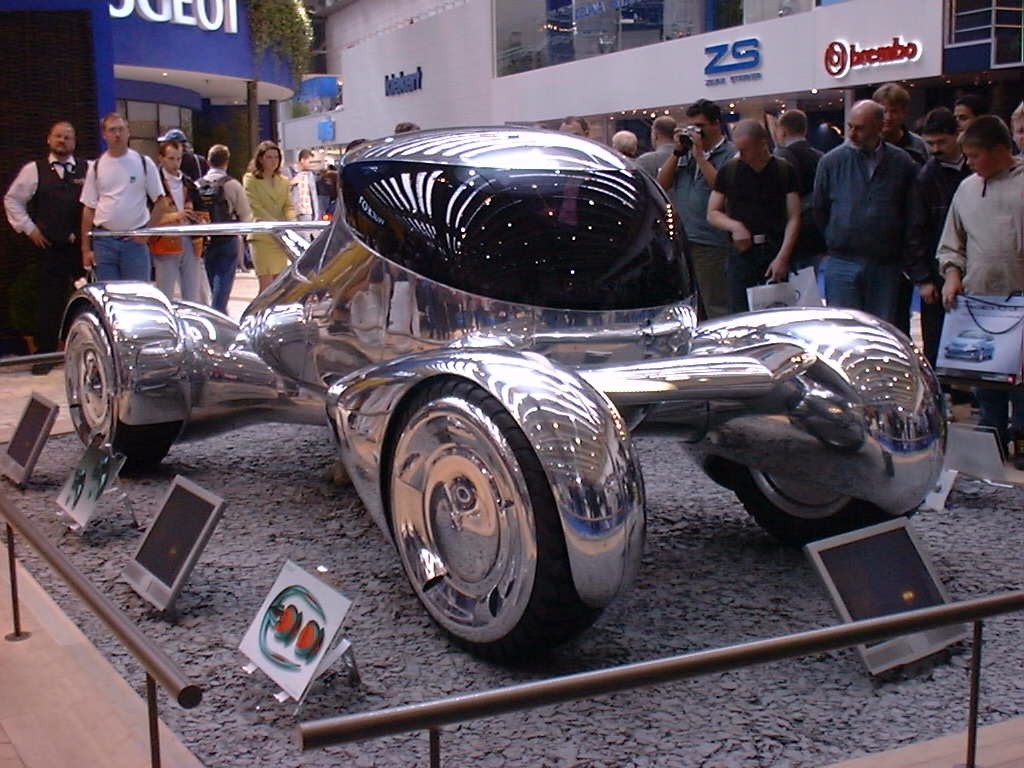 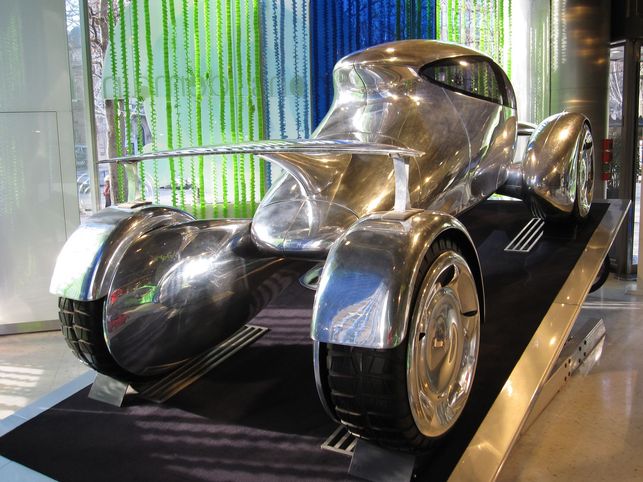 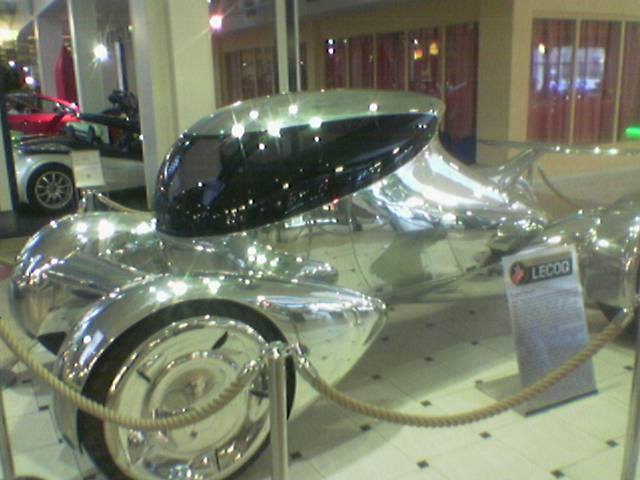 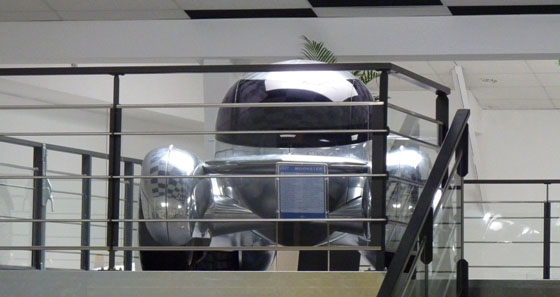 The Musée de l'Aventure Peugeot, Is a historical museum of the Peugeot industry founded by the Peugeot family in 1988 near its historic industrial site in Sochaux (in metropolitan Montbéliard), Franche-Comte. In May 2010, for Peugeot's 200th anniversary, an extension of 1 500 m² makes it possible to expose 35 vehicles over bringing the total to 130. The museum hosts 80 000 visitors each year, including a foreign quarter.