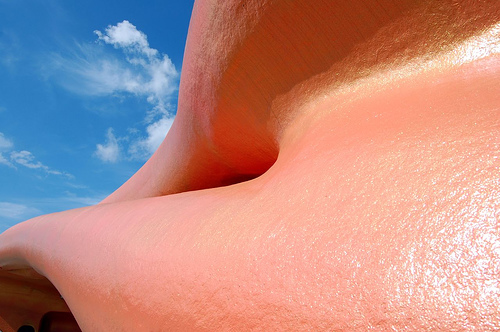 a bus station was built on the forecourt
the l'Hôpital Spaarne de Hoofddorp. 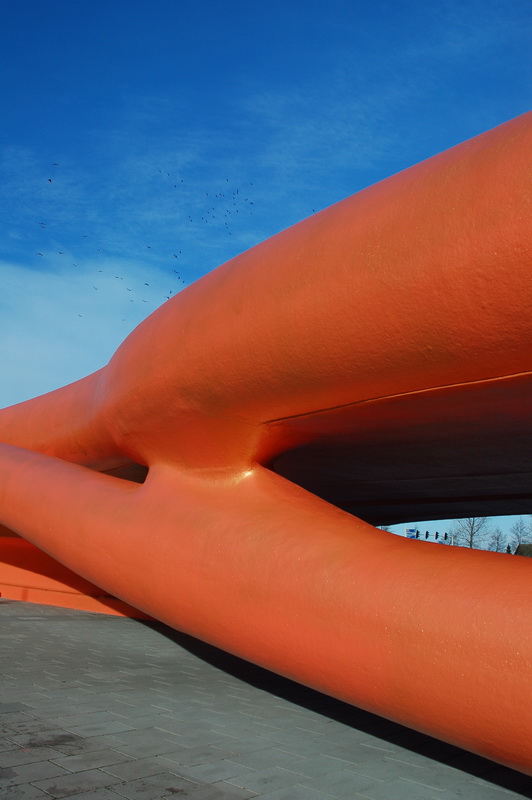 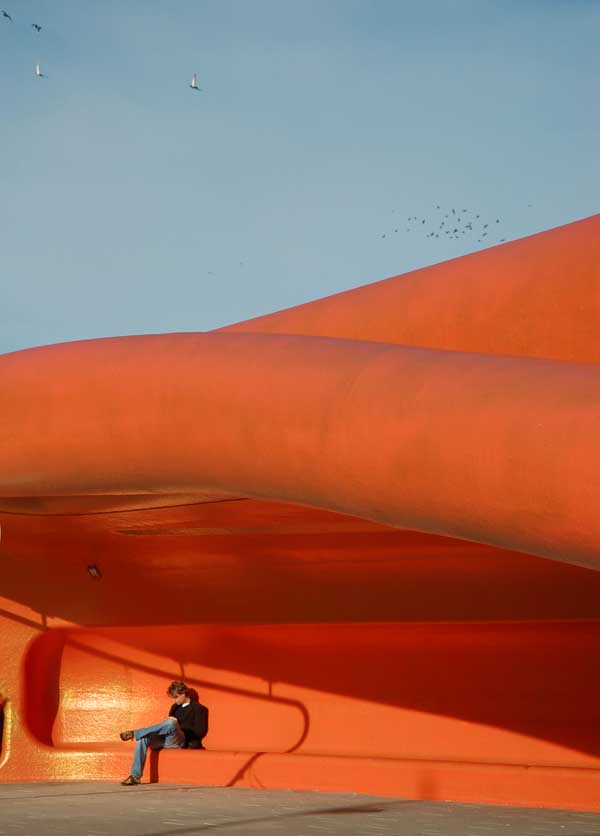 This block facility is located in the middle of a square and a public space in the form of an island that serves as junction for the local bus service. The design of this type of building is generally neutral, but here, the goal was to create a strong individual image that was less austere and generic. Therefore, the building was designed in the tradition of Oscar Niemeyer as a cross between white modernism and black Baroque.

The building is made of polystyrene foam and polyester and, as is, the world's largest structure in synthetic material (50 m x 10 m x 5 m). The available budget meant it could never have been created using traditional construction methods.
People often ask the shape of the building and what it represents, and there are a number of possible responses. 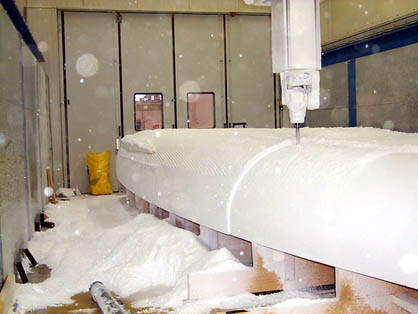 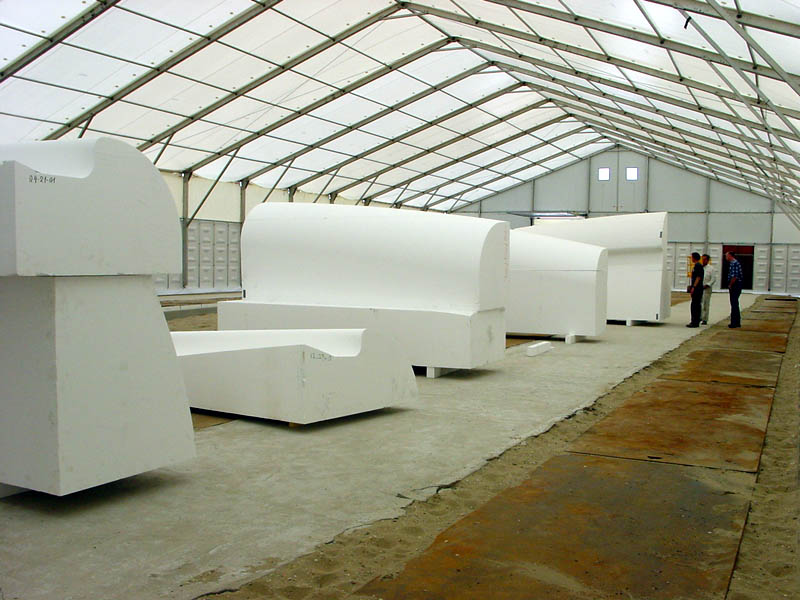 We took the bus between Haarlem and Schiphol, and spent Hoofddorp, where there is this remarkable busstop called "The Whale Jaw incredible" made by the NIO Architects (Rotterdam).

The building is made of polystyrene foam and polyester and, as is, the world's largest structure in synthetic material (50 m x 10 m x 5 m). 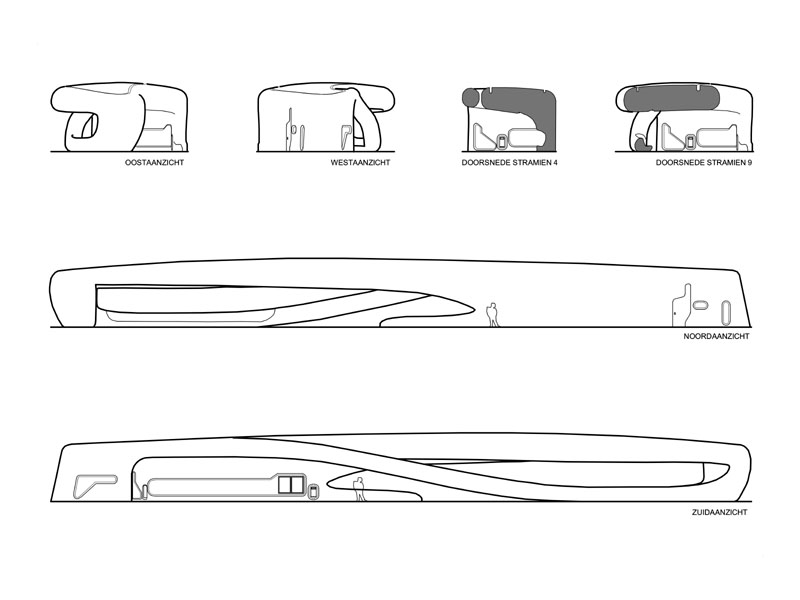 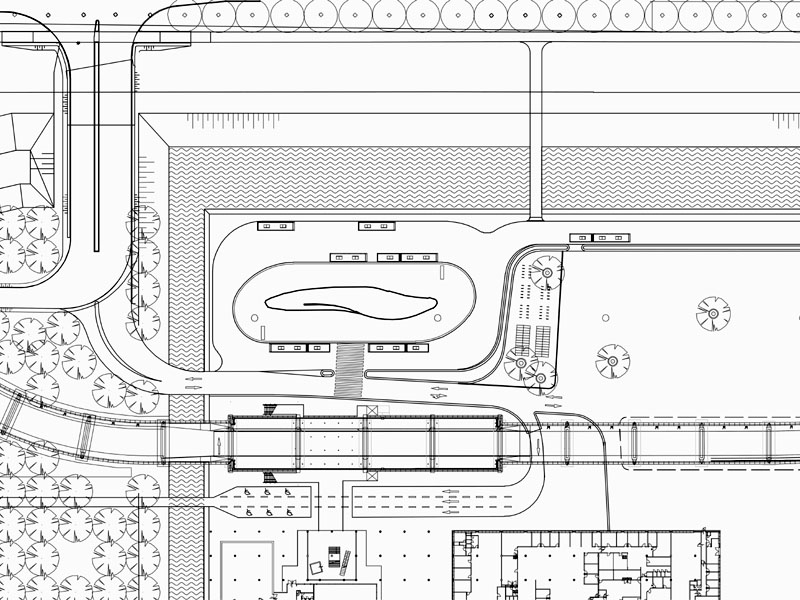 The Spaarne is a river of the Netherlands in the province of North Holland.

Etymologically, Spaarne name could be explained as a derivative of spier,
meaning "reed". 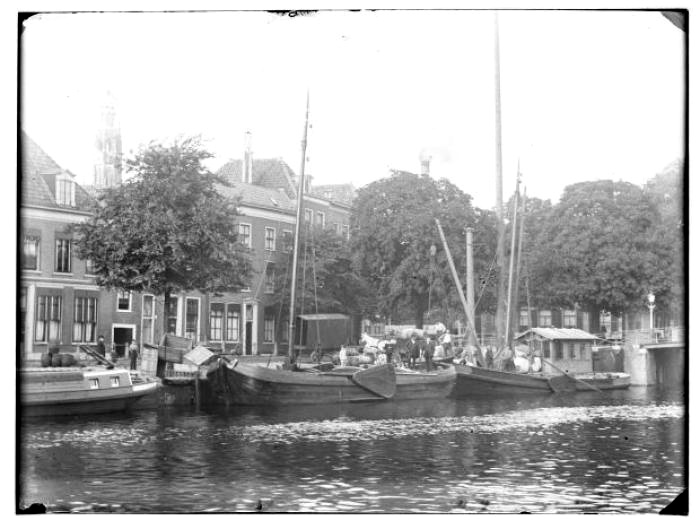 In 1894, Originally, Spaarne was the liaison between the lake Haarlemmermeer and the IJ. Nearly Spaarndam, the Spaarne flowed into the IJ. After drying in the Haarlemmermeer 1852, the Spaarne became an arm of Ringvaart. This drying resulted in a net decrease the flow of the Spaarne. henceforth, water Ringvaart passed via the Ringvaart and Amstel towards the IJ and to Zuiderzee, and Spaarne lost importance and depth. Under pressure from businesses along the Spaarne, City Council decided to deepen the Spaarne.

At the Canal construction of the North Sea, large parts of the IJ were poldérisées ; however, near Spaarndam still a part of this IJ, now integrated with the Spaarne. Access from Spaarndam to the North Sea Canal is via the C Zijkanaal. 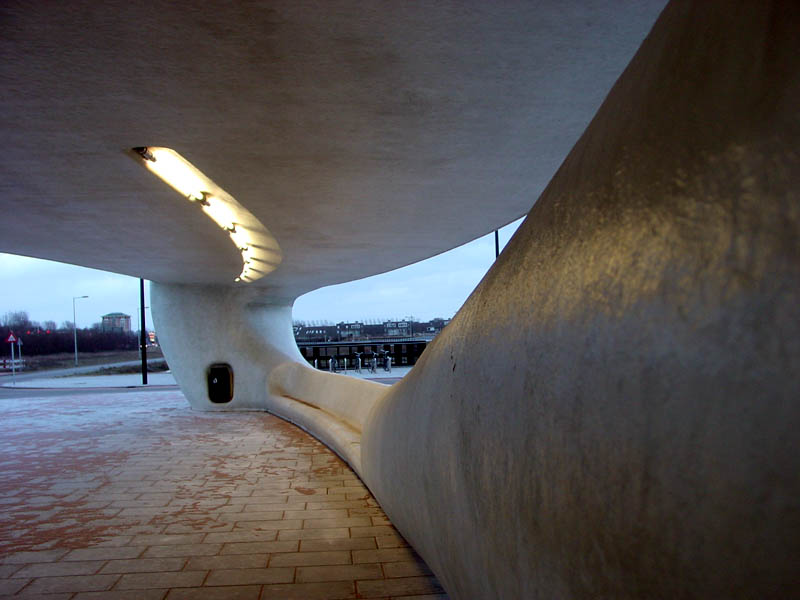 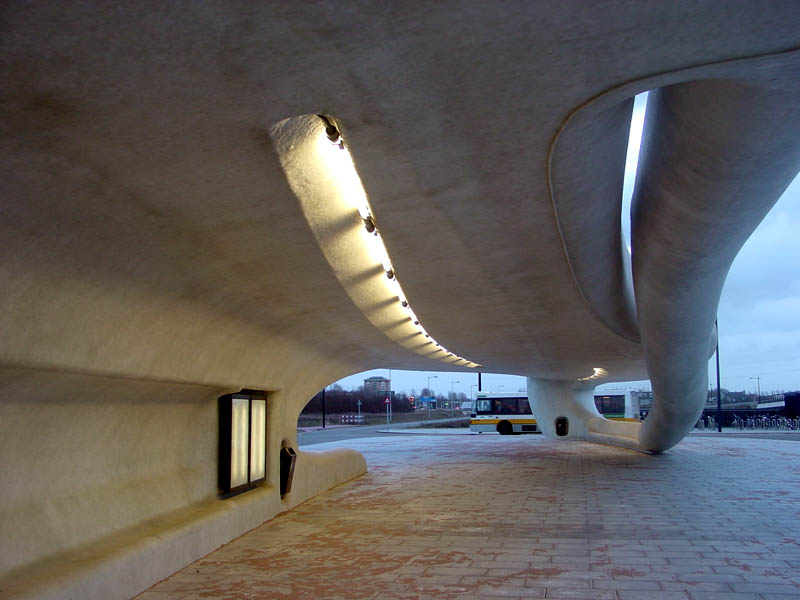 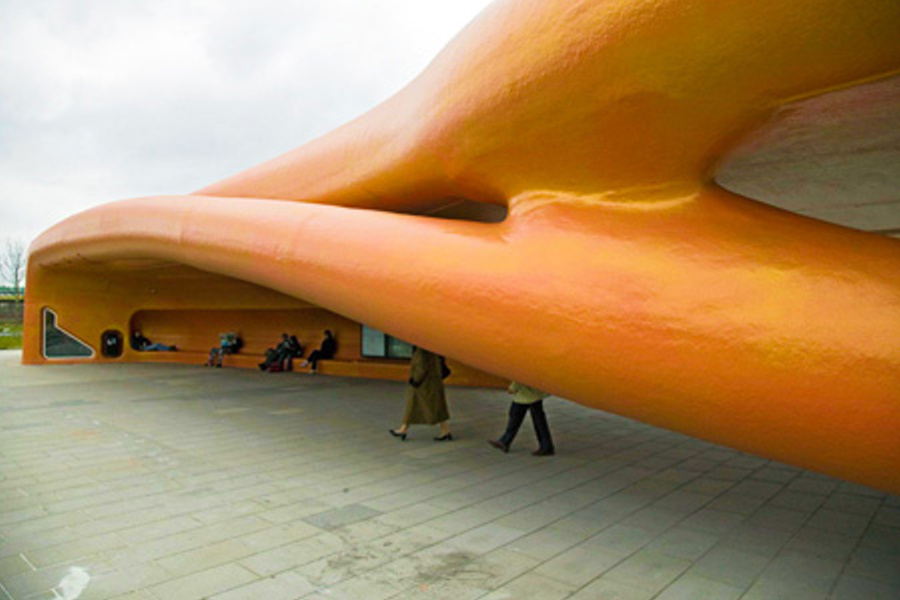 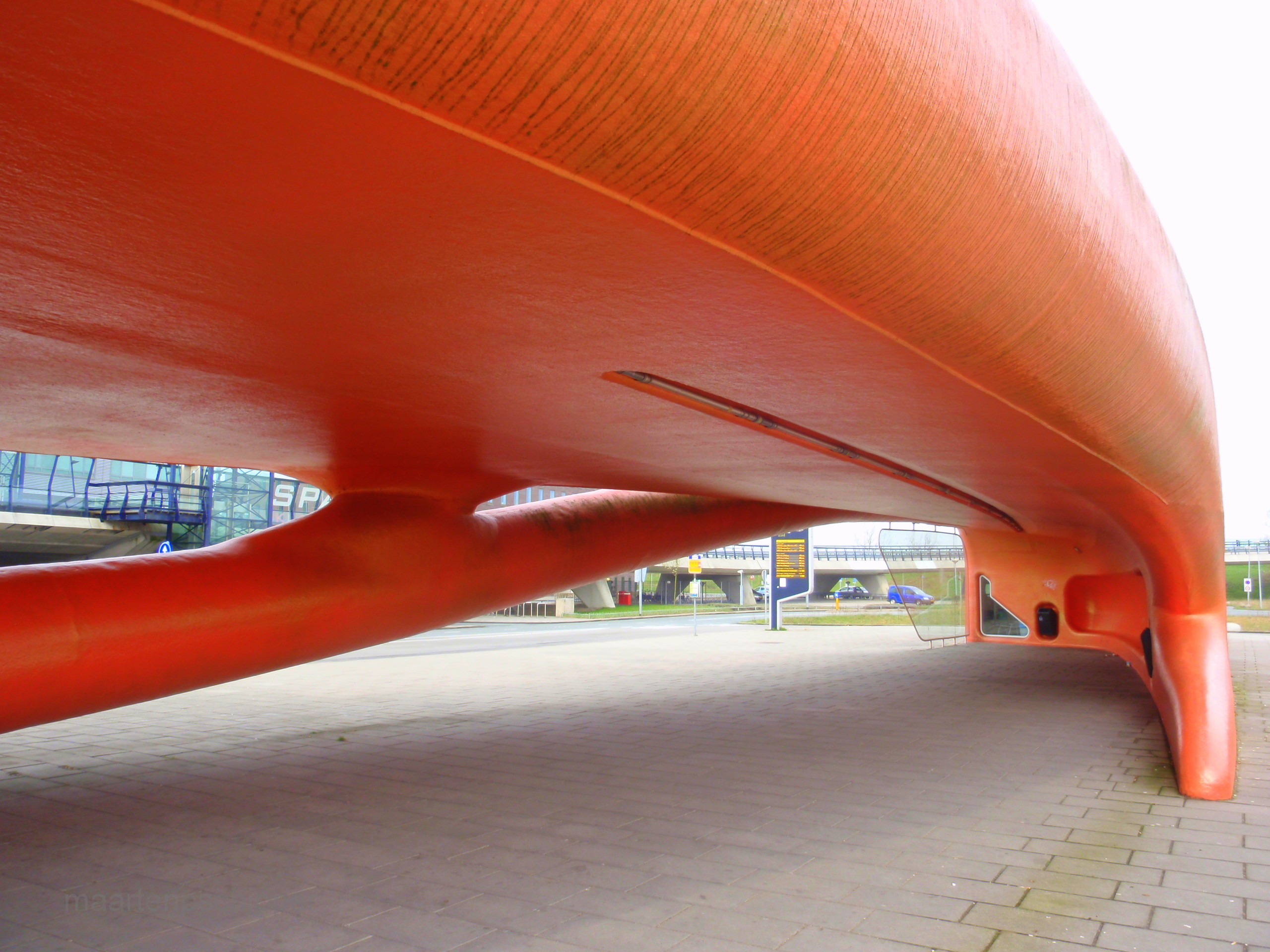 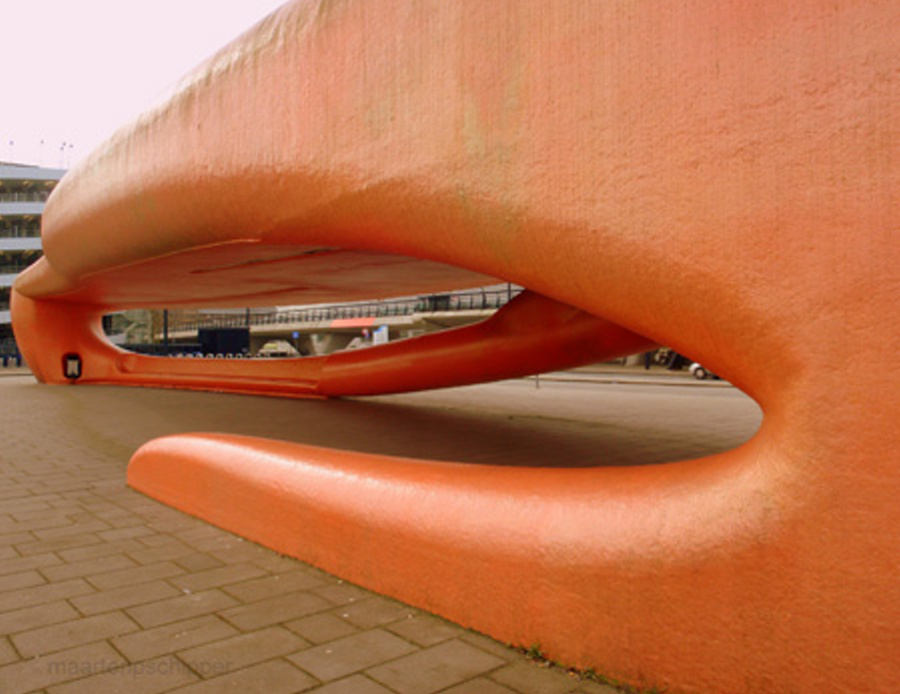 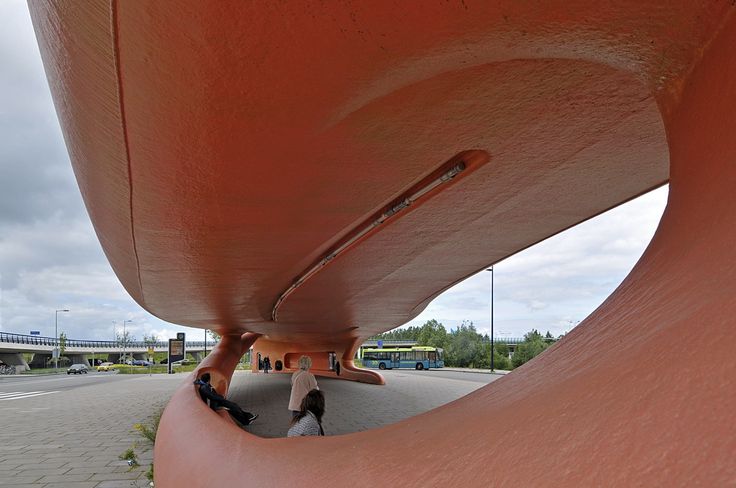 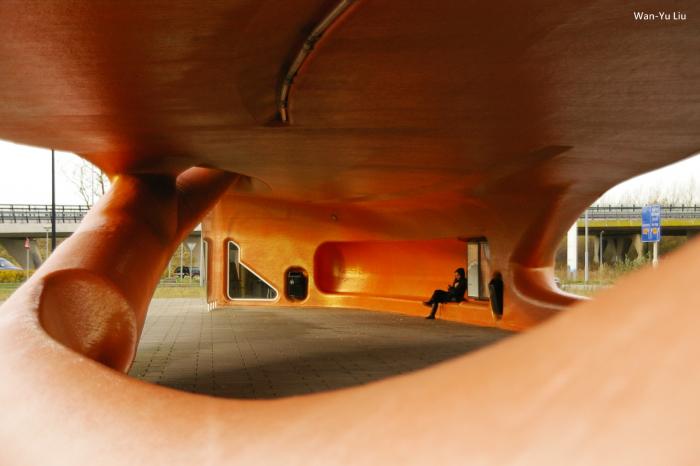 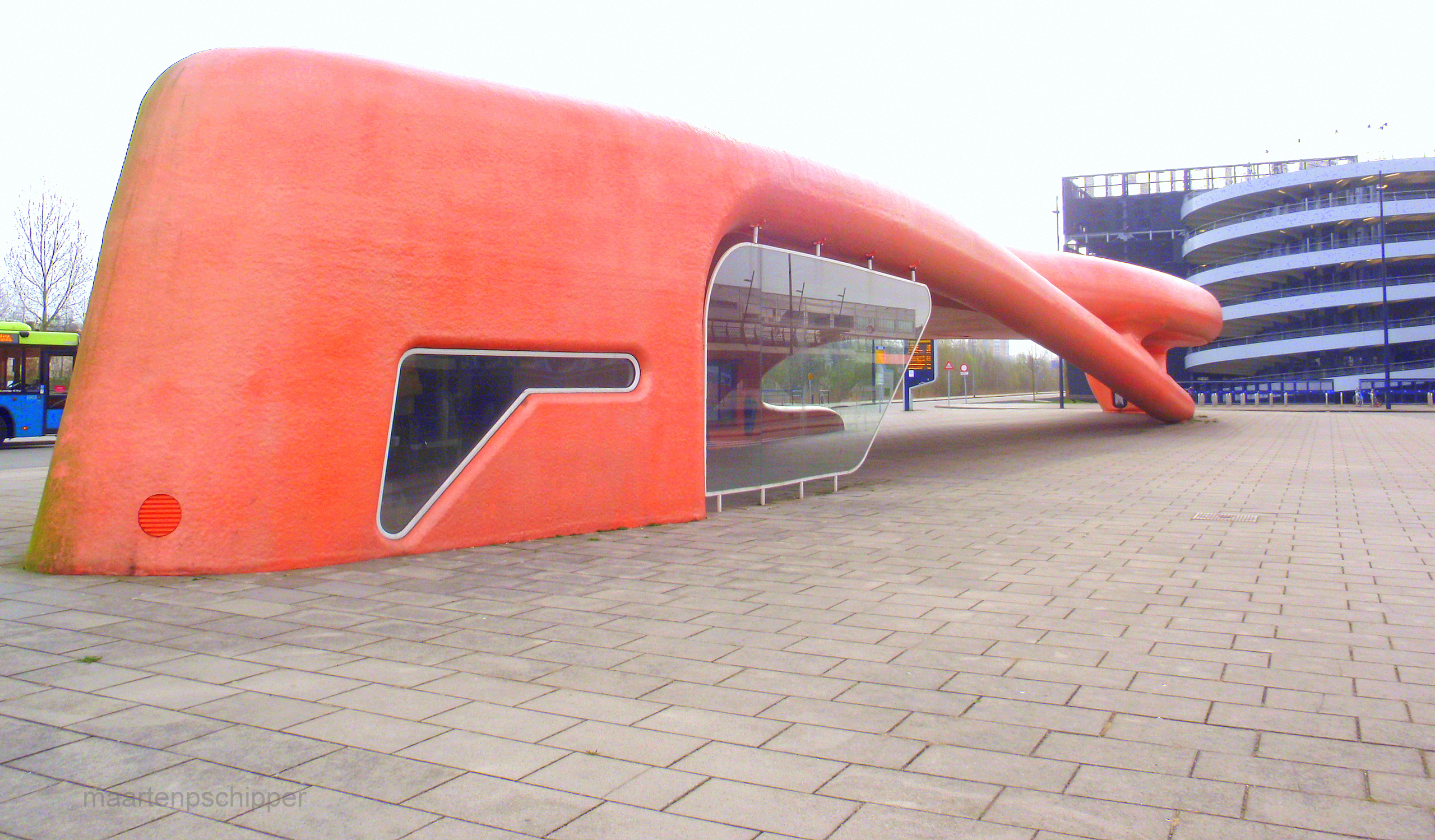 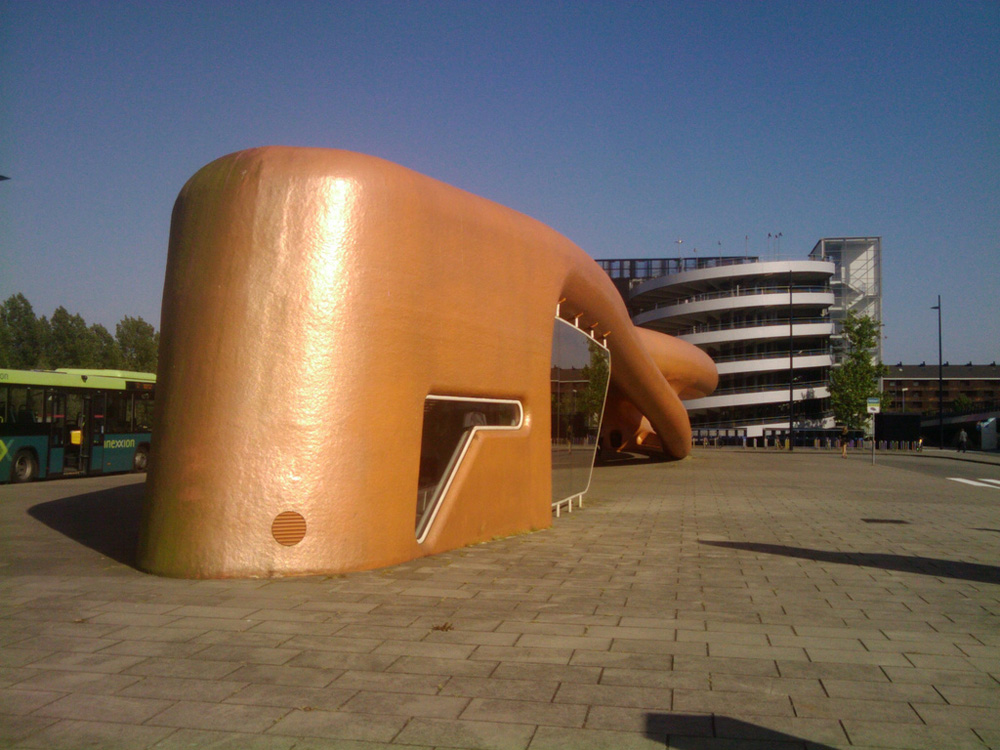 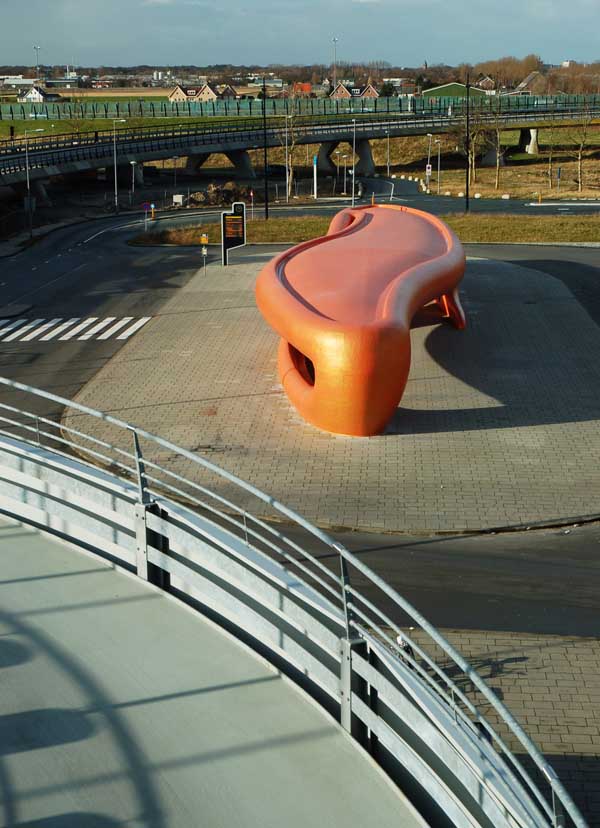 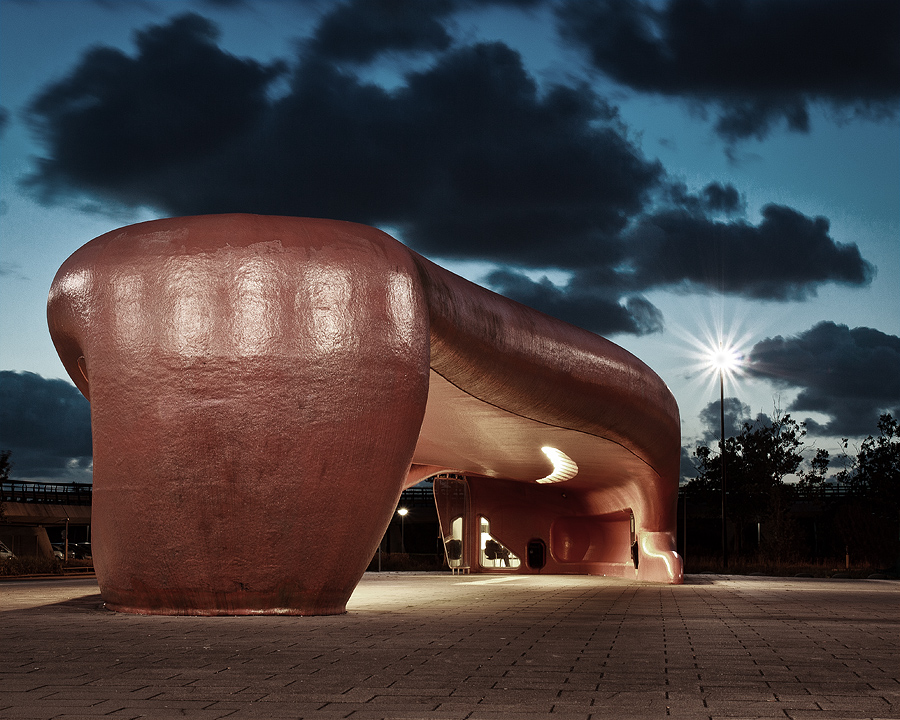 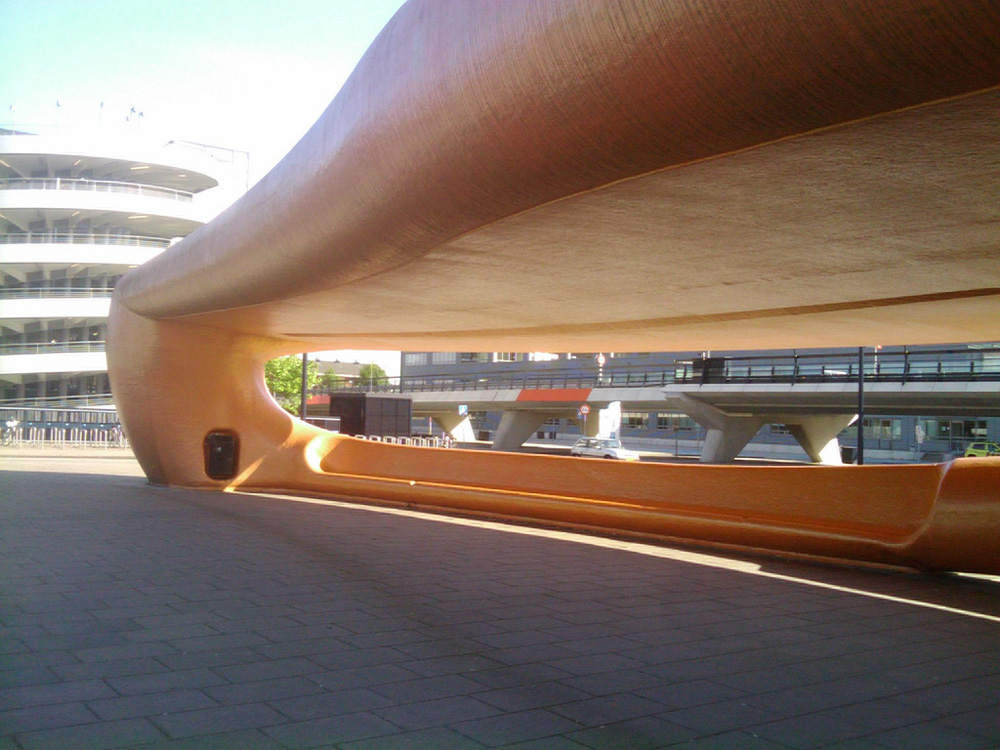 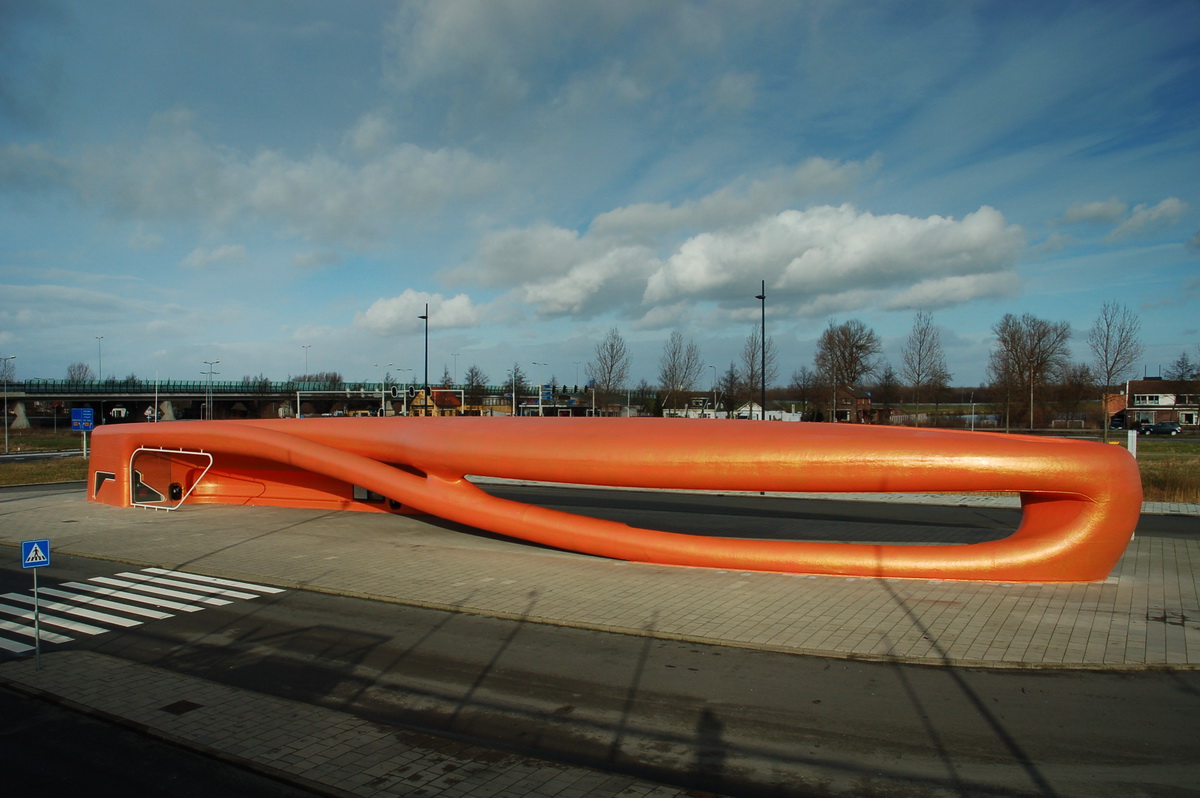 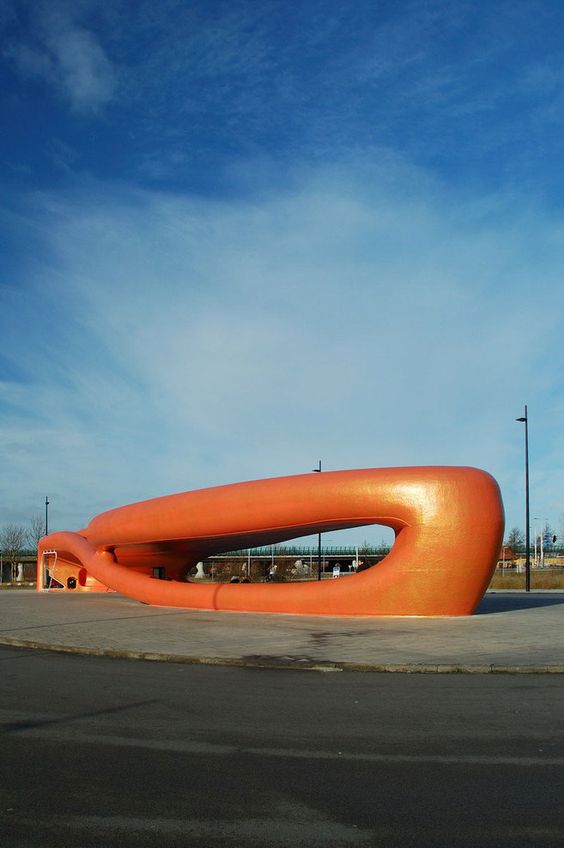 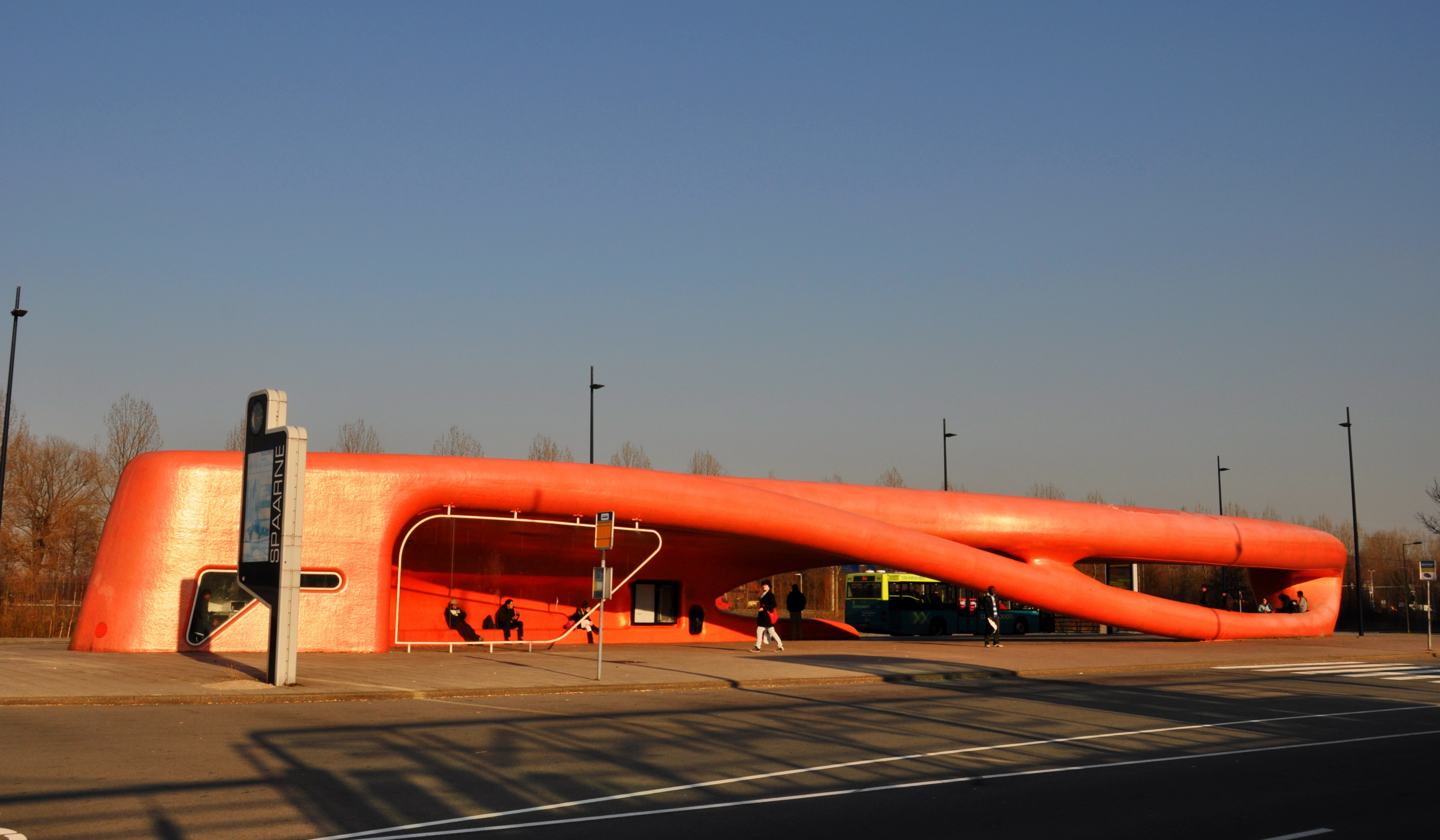 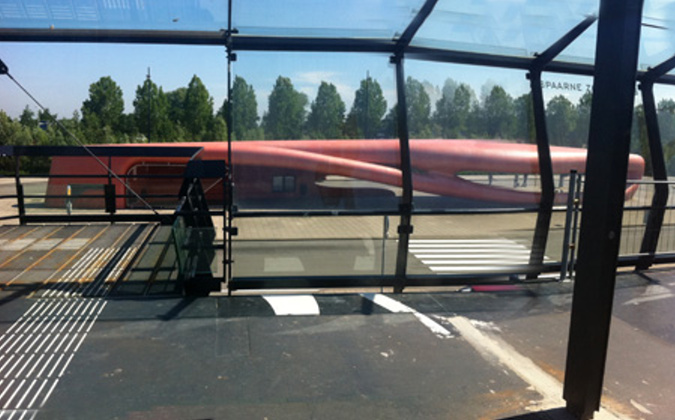 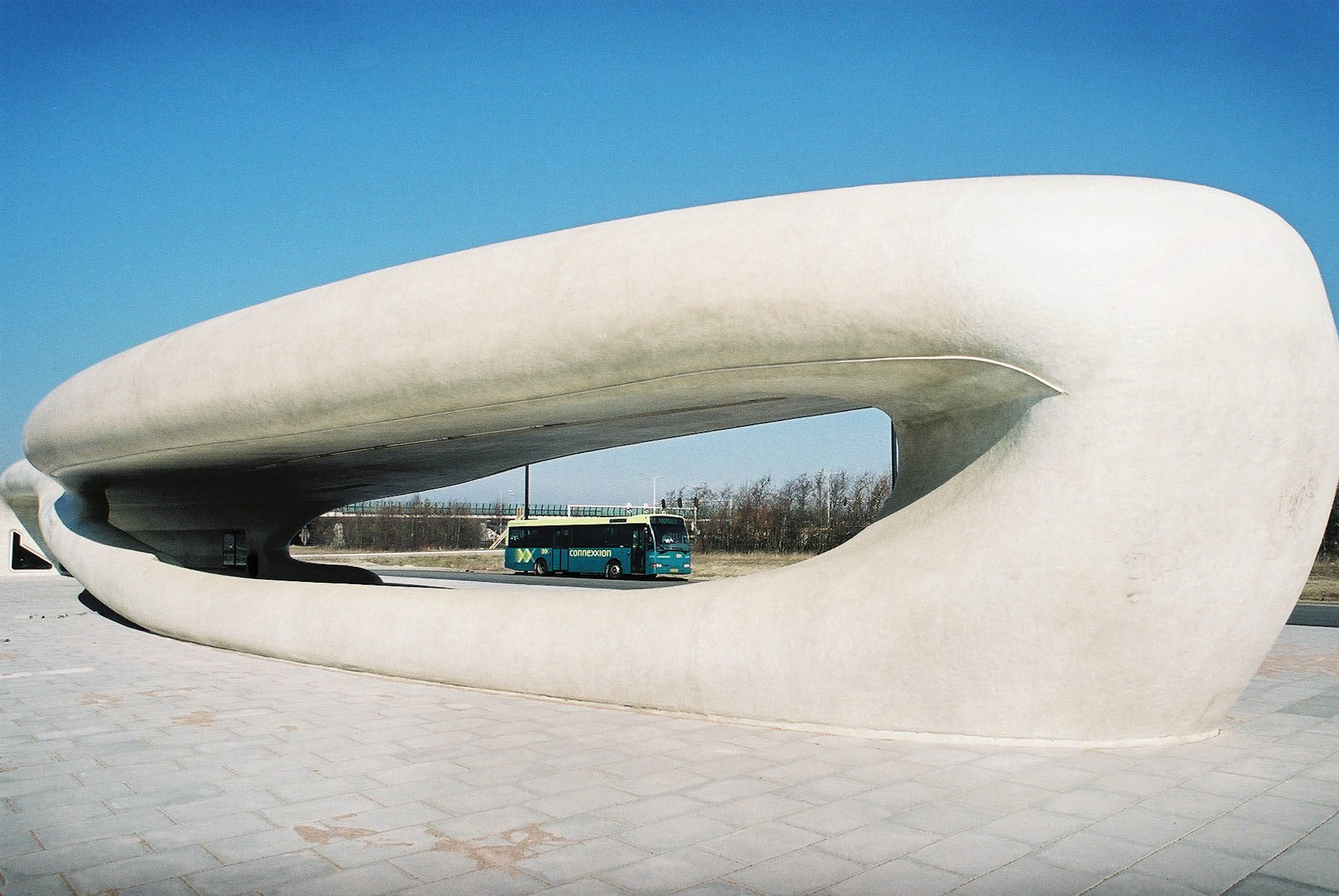 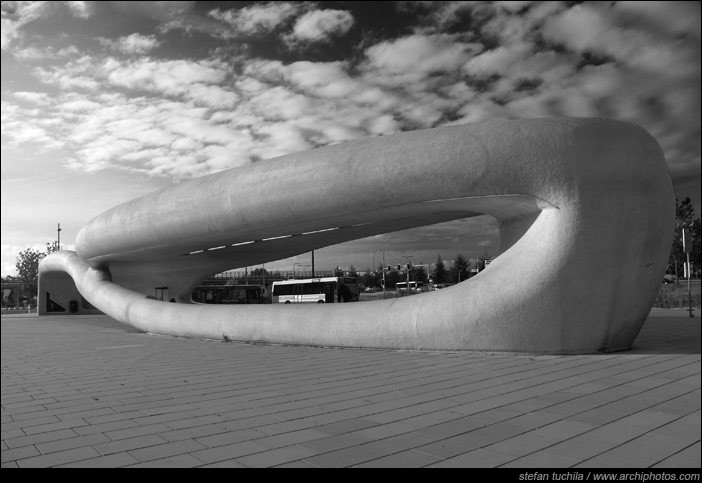 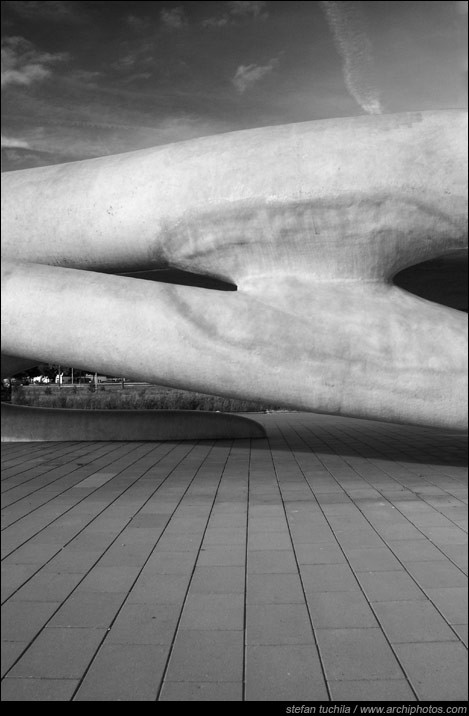 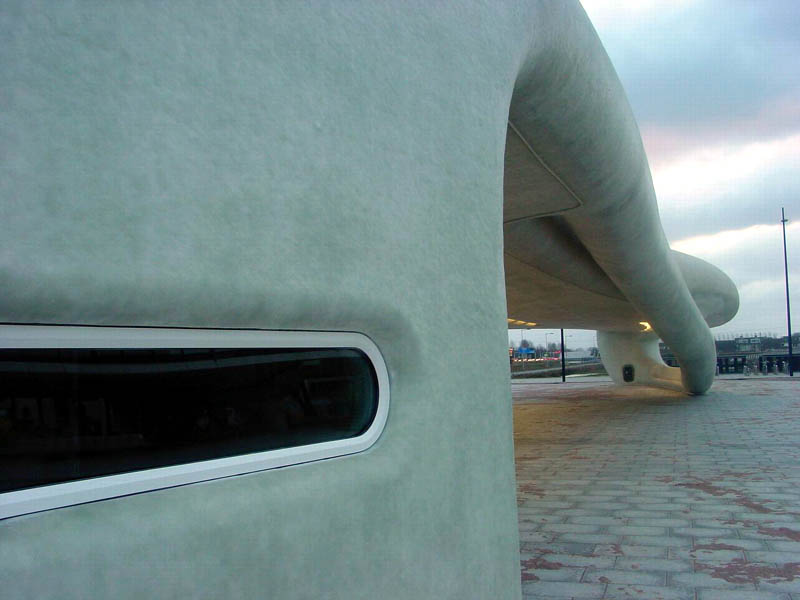 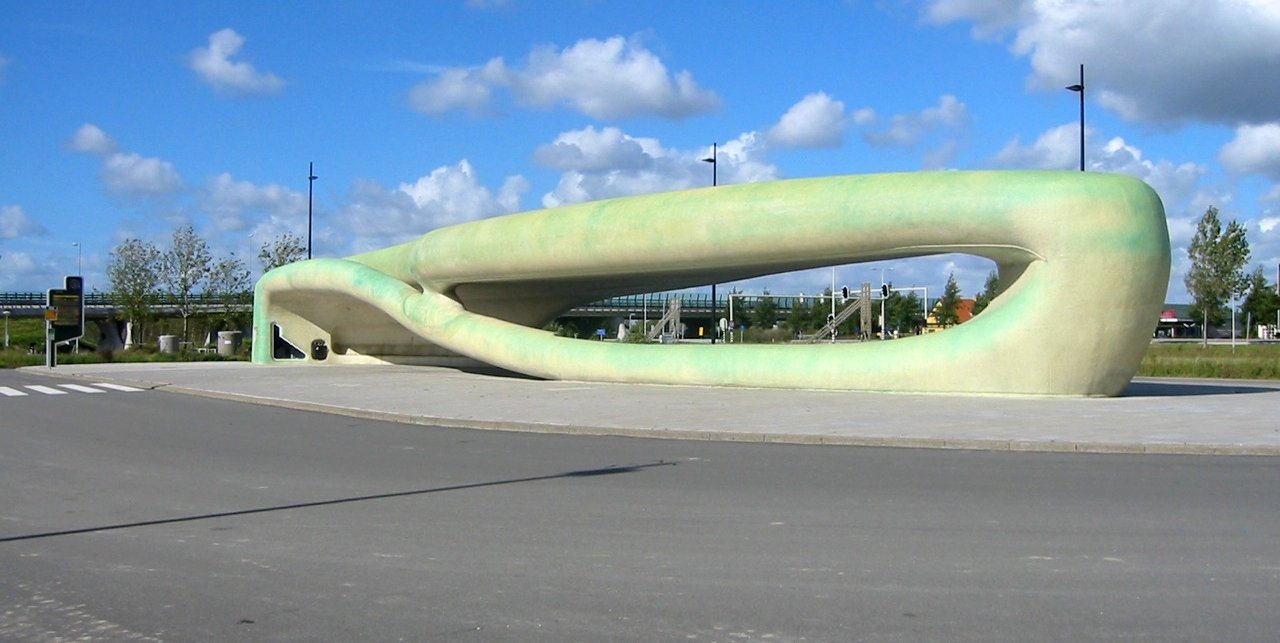 Project –
This steel bridge for cyclists and pedestrians spans nearly 200 meters with an intermediate support. The arc is 45 meters high and combines the features of an arch bridge and truss bridge, in principle, of the hybrid construction, a framework that most resembled a huge dragonfly wing. This bridge jump suit in two steps on the railways, roads and paths, but would in our view equally beautiful in a jump over a large river 200 meters –