Conversion of two water towers in contemporary house
The domain, appointed The Lime Works , is situated on eight hectares on the outskirts of Faversham

The building was built in the 1930, at the time there was a softening plant and water treatment. The owners have transformed into modern house inspired by Art déco.Les owners have beautifully remodeled, restored the building, focusing on the details and original specifications.
The building has a floor space of more than 700 square meters on four levels, so that the new owners will have more than enough elbow when they move in. It will also have enough bed space. The house has six bedrooms, six rooms or living rooms, and four bathrooms, distance to a double garage 30 square meters, and large green spaces belonging to the residence totaling 3,2 hectares. You will also find the home theater on the first floor of a tower of water, and home fashion also large fitness room with sauna, a library and a private dining room. The master bedroom to rest any fourth floor of the central part of the house, who, inter alia, it is possible with bath. In the same room. The different units are connected by a number of spiral staircases, and motion sensors ensures that the light of the huge building turned on and off by residents of movements.

The domain 2,3 million dollars was used to be a water treatment plant for years 1930.. 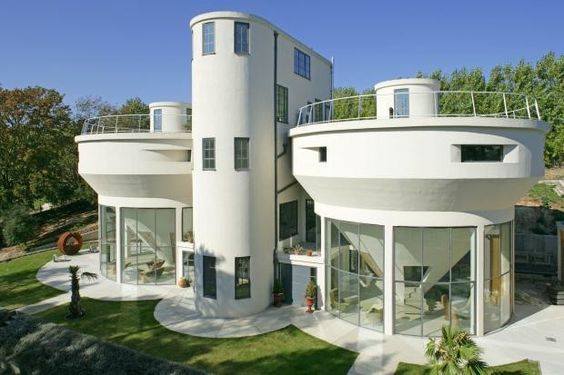 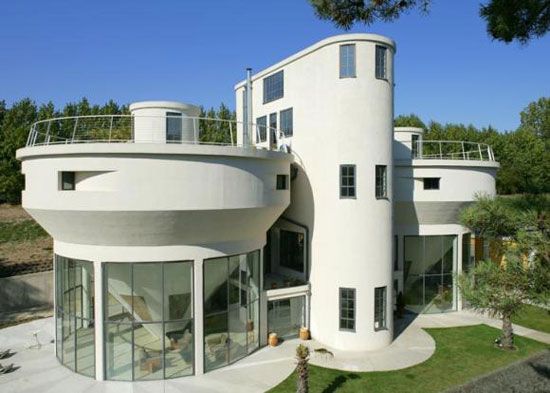 The domain, appointed The Lime Works , is situated on eight hectares on the outskirts of Faversham and has six bedrooms, six bathrooms, four stages and two terraces. He is currently on the market (and has been for some years) and has a price 1 500 000 pound sterling (about 2,3 millions of dollars). 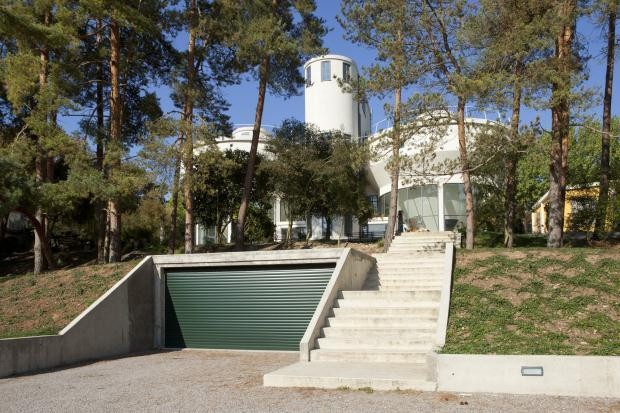 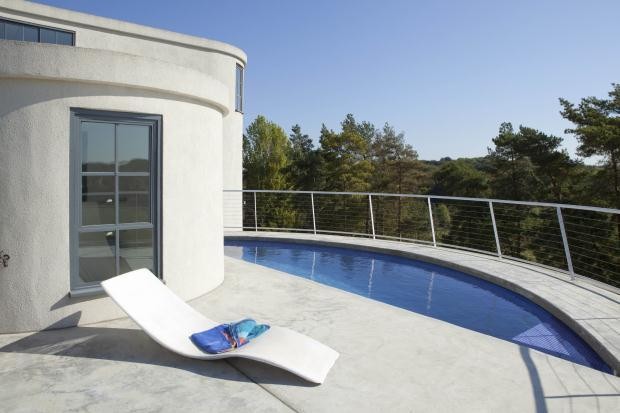 The pool is located on the roof of one of the water towers. Photo: Strutt & Parker 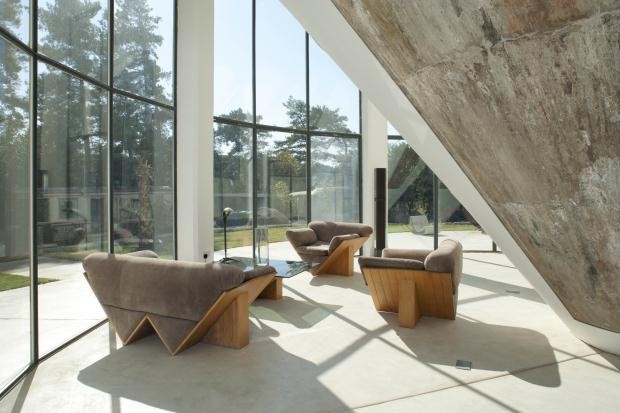 Built in the 1930, the house was originally a water softening plant with two towers, and worked in that capacity until 1942. In 2005, it was purchased and transformed into a manor house on several levels, with particular attention to the conservation of unique aesthetic building. The lower floors have floor to ceiling windows and large living spaces, while the bedrooms and bathrooms are on the second and third floors. The master suite occupies the entire fourth floor. 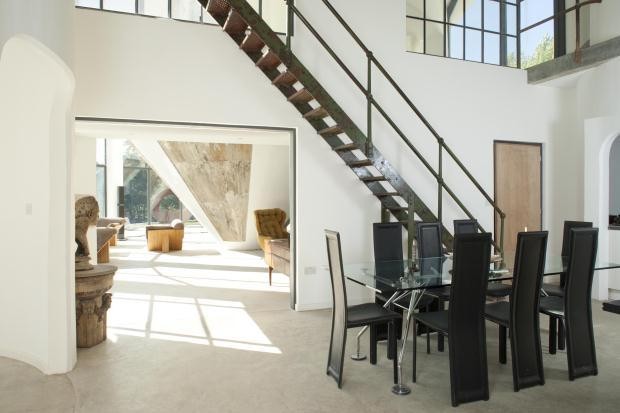 In addition to a spacious floor plan with unique architecture, the property also includes all the luxurious amenities of a five star hotel. Spiral stairs roam inside the house with access to two terraces on the top floor, one includes a heated pool. Inside, there is also a gym with pool and sauna, a movie theater and an underground garage. Finishing touch ups on the house can also be customized by the name of Savills, the owners representative agent, quotes the house as still under construction. About 90 percent of the property is completed, the rest is for the buyer to "design and specify 10 for final hundred "to their personal specifications. 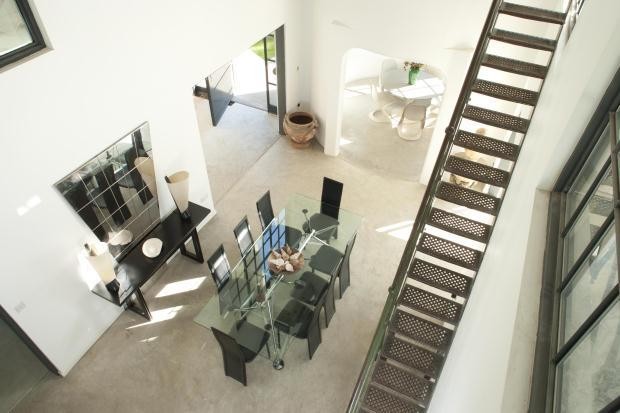 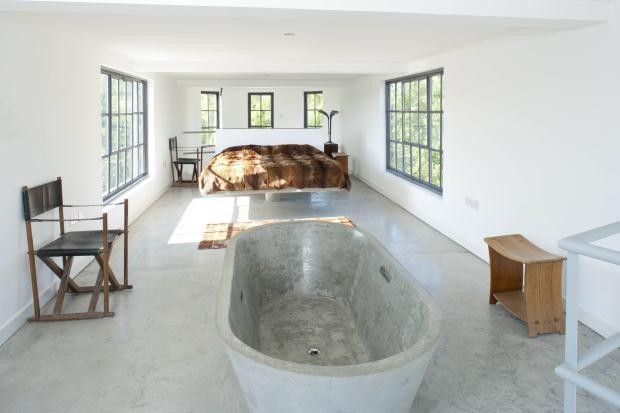 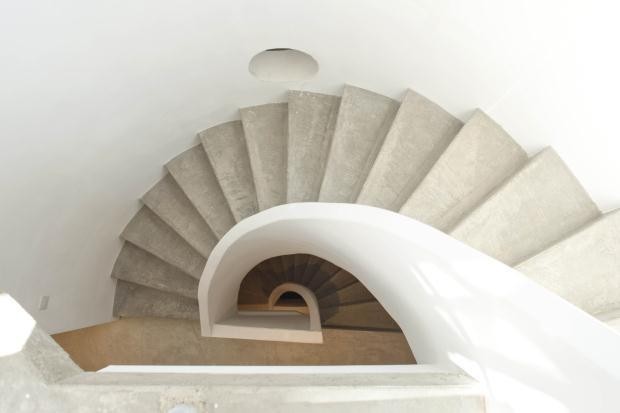 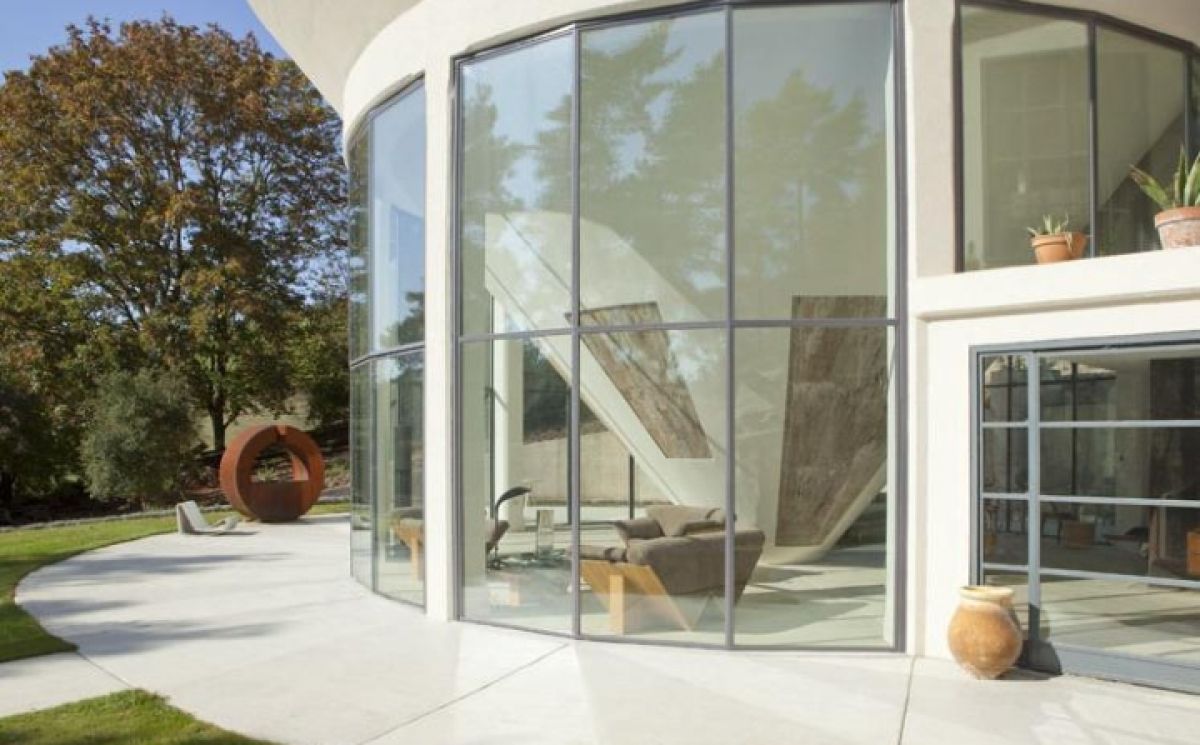