A kind of big red periscope was installed instead Cathedral in Liege.
A mobile place designed to introduce children to architecture and the urban landscape.

Osmooz
Is also a laboratory in which we experiment with nomadic architecture,
design, writing, teaching. 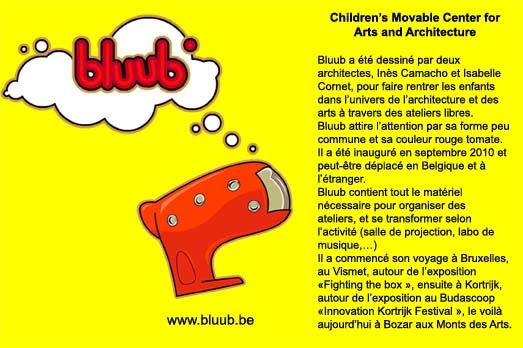 Bluub asbl-vzw:
Is an association that offers art and architecture activities in a traveling module for all audiences called the Bluub. why Bluub ?

It is a contraction of Hubble (super telescope) and of Blob (architecture teardrop).

Our universe wants fun, multiple, uninhibited and above all free !

Bluub means freedom: by its shape and color it indicates that something is happening in the city. He points with his presence reflection, a project, maybe a game, Event?

Bluub is a small laboratory, a utopian space in the middle of the city ... 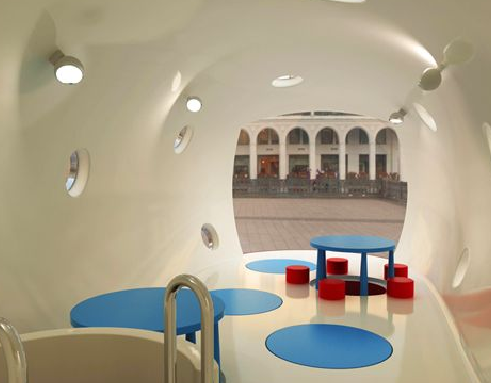 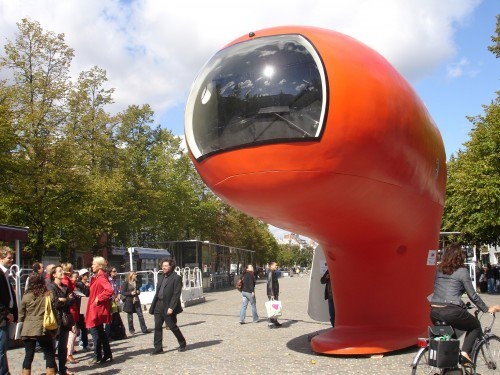 The 9 October 2011,
Cell architecture of the Wallonia-Brussels Federation organizes a day devoted to architecture.

On this occasion also holds the Award for mastery of public work of the Wallonia-Brussels Federation. The call for proposals is open until 31 August 2011 and is open to public clients and architects or project developers.

The Architecture Day in Wallonia and in Brussels organized the 23 October will be the scene of many activities : expositions, conferences, architectural routes, and many recent public and private buildings: Wallonia and Brussels will be open to visits (whose winners of the buildings of the public project contracting Price 2011).

This day, while speaking of De Dag van de Architectuur organized by the Flanders 9 October, is organized in collaboration with the International Center for Urbanism, Architecture and Landscape Brussels.

Le Bluub welcomes children with a goal : introduce them to architecture and urban landscape.

Bénédicte Parmentier, architect, collaborator Bluub: “theme was on Utopia, themes on the relationship between art and architecture, themes on how to live elsewhere. This is to allow media to reflect with groups of children to their environment and also to the architectural design. This is a highly visible element in cities that can be a very important relay. There are a lot of requests from parents who want to come with their children to help them discover. Finally, transmission occurs in either direction between generations”.

The Bluub was installed as part of the cartoon festival Anima, organized during the Carnival holidays by Grignoux. On this occasion, each festival the spectator will receive a free ticket that will allow him to visit the Bluub.. 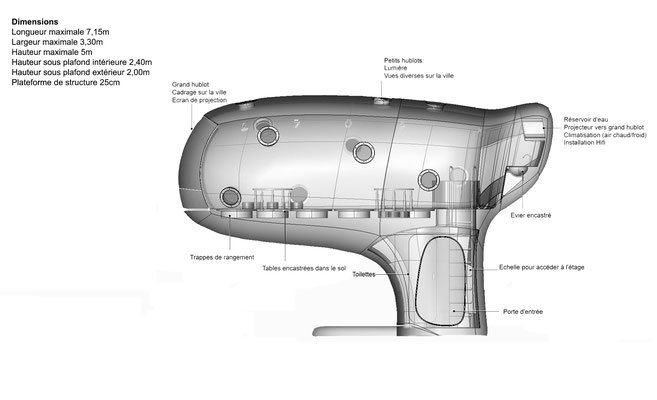 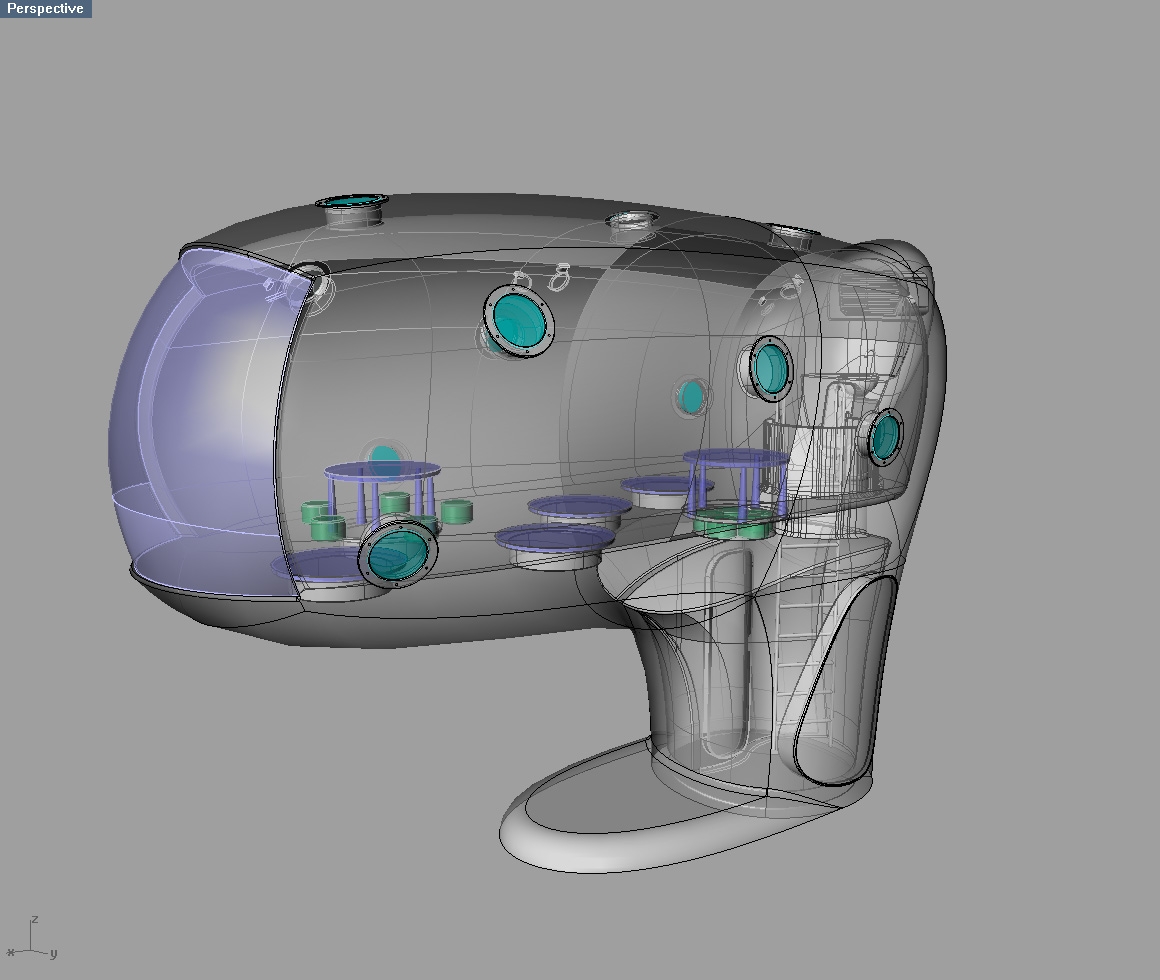 Installation du Bluub’ in the city 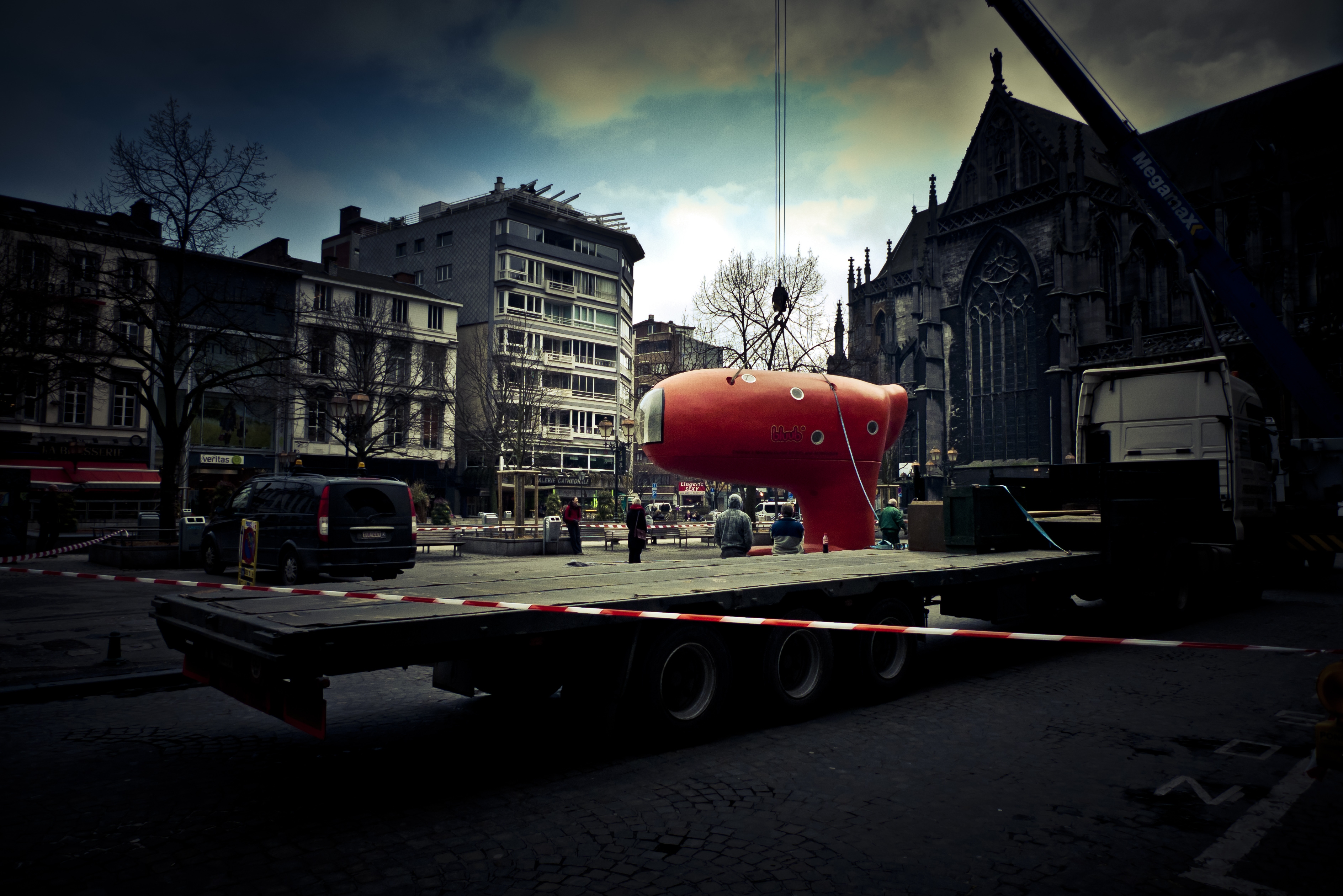 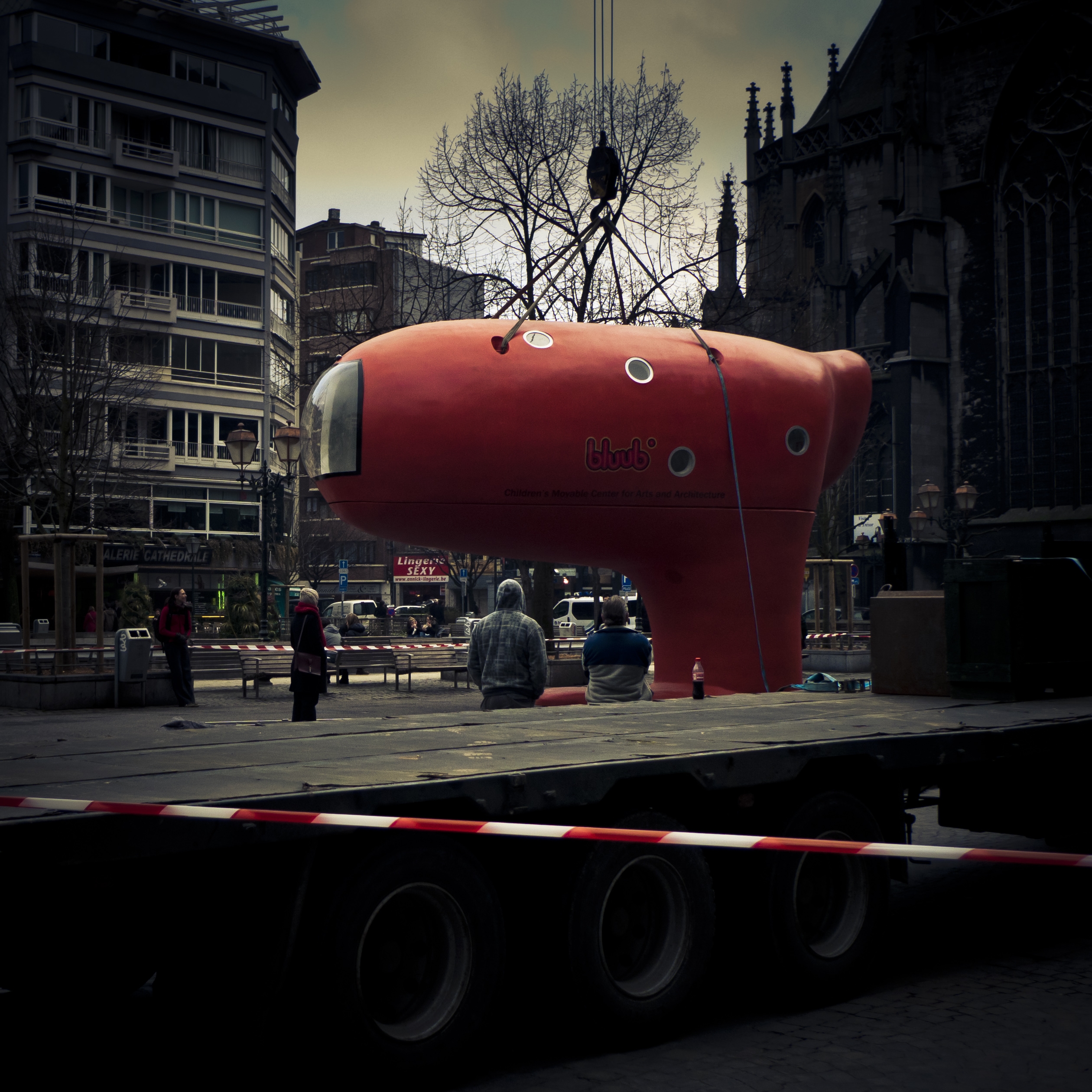 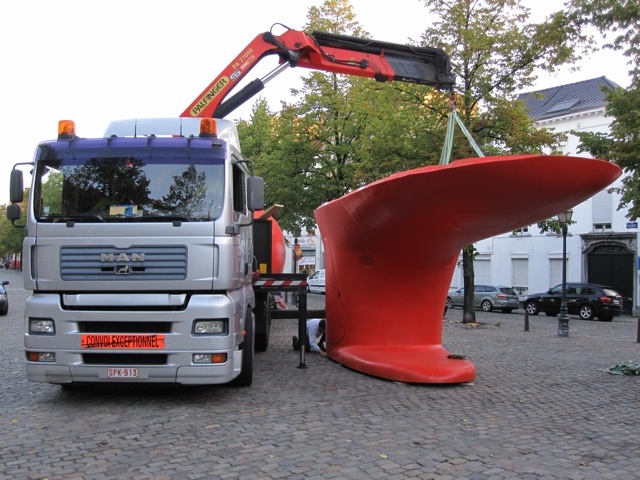 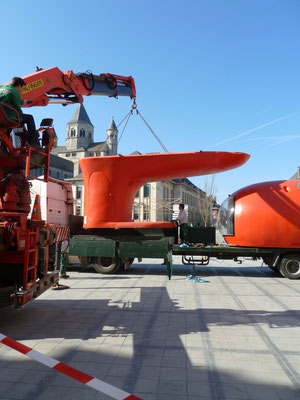 Louvain / Leuven /Löwen – NL Belgium
Louvain (in Dutch Leuven, in German lions) is a Dutch city of Belgium located in the Flemish Region, capital of the province of Flemish Brabant and capital of the district of the same name.

BLUUB’ lands at Leuven and will receive a place
(Saturday 26 October to Sunday 17 November) in front of OPEK (Partners). 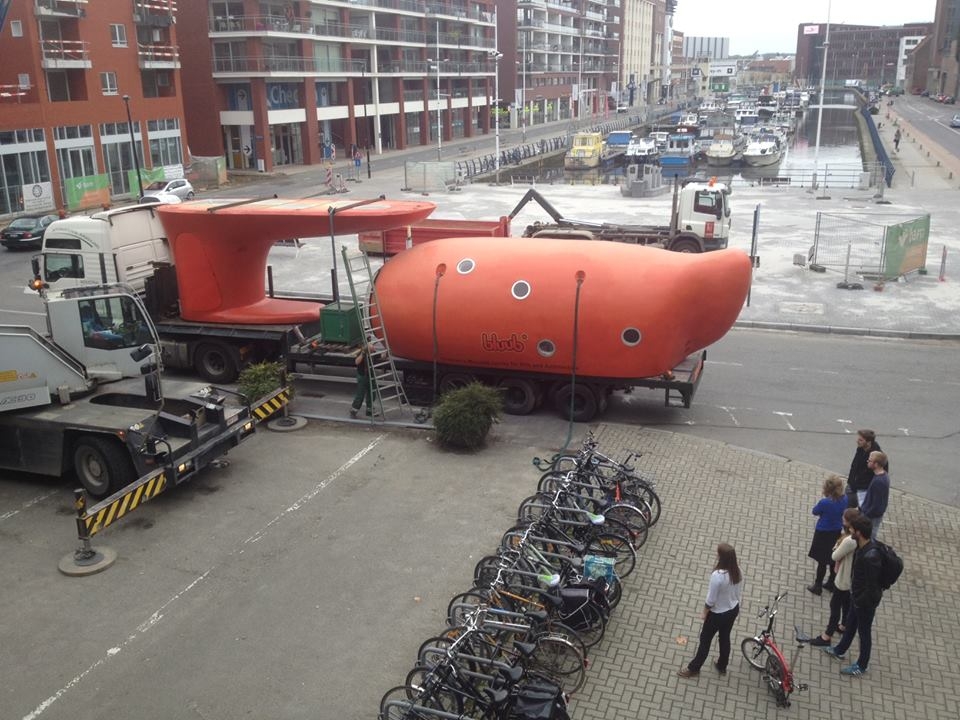 What Bluub?
Bluub is:
the seat of a school project on sustainable urban renewal and urban development
a temporary basis to the neighborhood
an impressive eye-catcher and inspiring
a higher-level system in a compact space
with removable tables, multimedia installation, projection screen, …
and especially: with a viewing window overlooking the Vaartkom

School Project in classes Bluub Leuvense (primary school third year) are invited to discover the Vaartkom game and reflect on the renewal and urban development. As a team, class develops the developers of the city. With a plan as the game board and areas without traffic Vaartkom as a playground, different project teams work together. In total, about 400 Students will use as headquarters Bluub.

Bluub becomes a basis for the district. Under the slogan Bluub, Bluub is made freely available to associations, organizations, companies, individual, … As Bluub is underway, but close to everything. Anyone can make a proposal and make its base Bluub. Bluub can be a meeting place, a teachers' room, ironing workshop, a classroom, an artist's site, a game room, a temporary office, the smallest cinema, a rendezvous point …

Partners:
Bluub in Leuven is a project of vzw Mooss , Bluub vzw in cooperation with and with the support of Leuven , Ertzberg and OPEC . 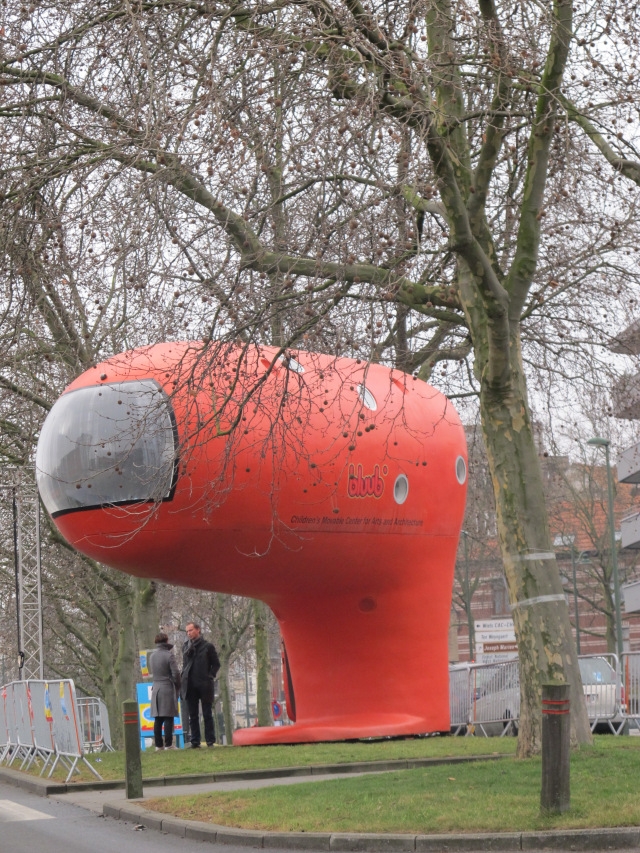 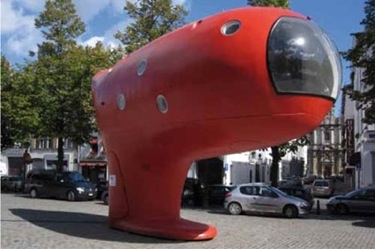 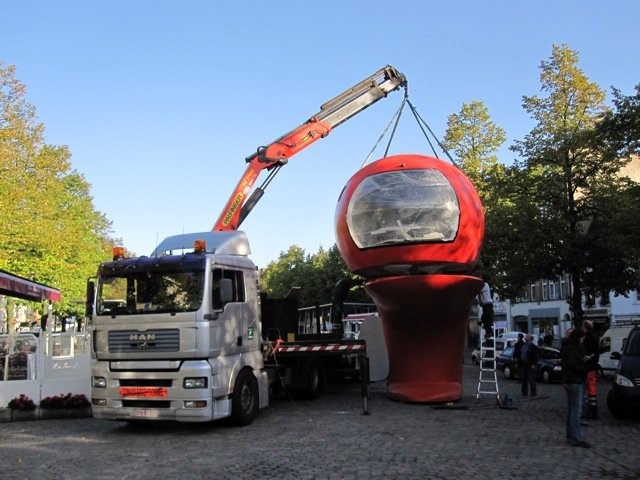 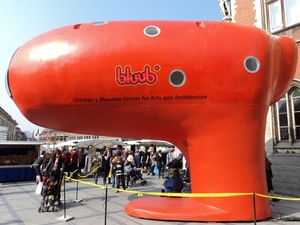 Of 25 the 30 mars, on the Grand Place of Nivelles,
amazing art center and roaming architecture opens its doors to children.

Original, innovative and confusing. Bluub lands on Grand Place of Nivelles:
This amazing unit will not fail to question passersby.
Art Center and itinerant architectural Children, Bluub aims to raise awareness of the art, architecture and the city. 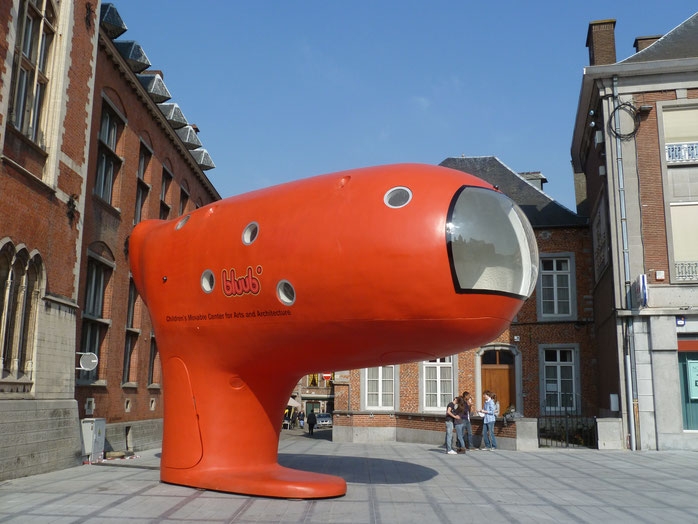 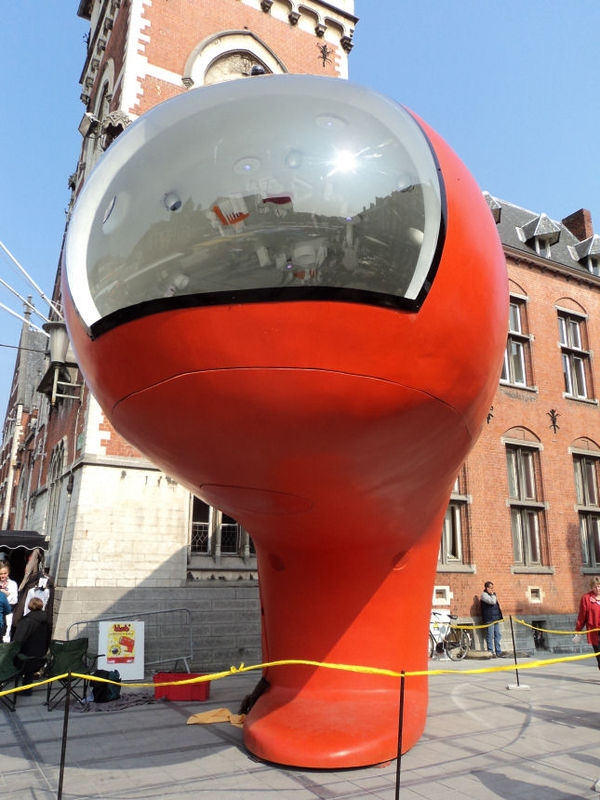 What inside the Bluub ?
Through animations and creative workshops, youth 9 at 12 years will have the opportunity to experience the changing city and an alternative view of the cityscape they attend daily. For who ? Bluub is accessible to young audiences 9-12 years during school hours but also after school and on weekends.

But all those going out, will stop to watch, the bypass, touch…

The Cultural Agenda of Brabant Wallon

Jérôme Porsperger is a Belgian artist since sharing 10 years of classical music in multiple contemporary forms. In his performance “The Concert Invisible”, he interprets the following multiple roles: * DJ classical music, opera singer and voice against thin-air singer * and conductor *. This happens mostly in public spaces but also in art galleries or special events room. Porsperger also renews the visual aspects of classical music through a video production, d’installations, posters … He is always looking for new ways to share classical music, away from traditional methods, places, aesthetics and public. The working Porsperger shows that the world of classical music can be released from his “Ivory tower” and be made more current, fresh and accessible. 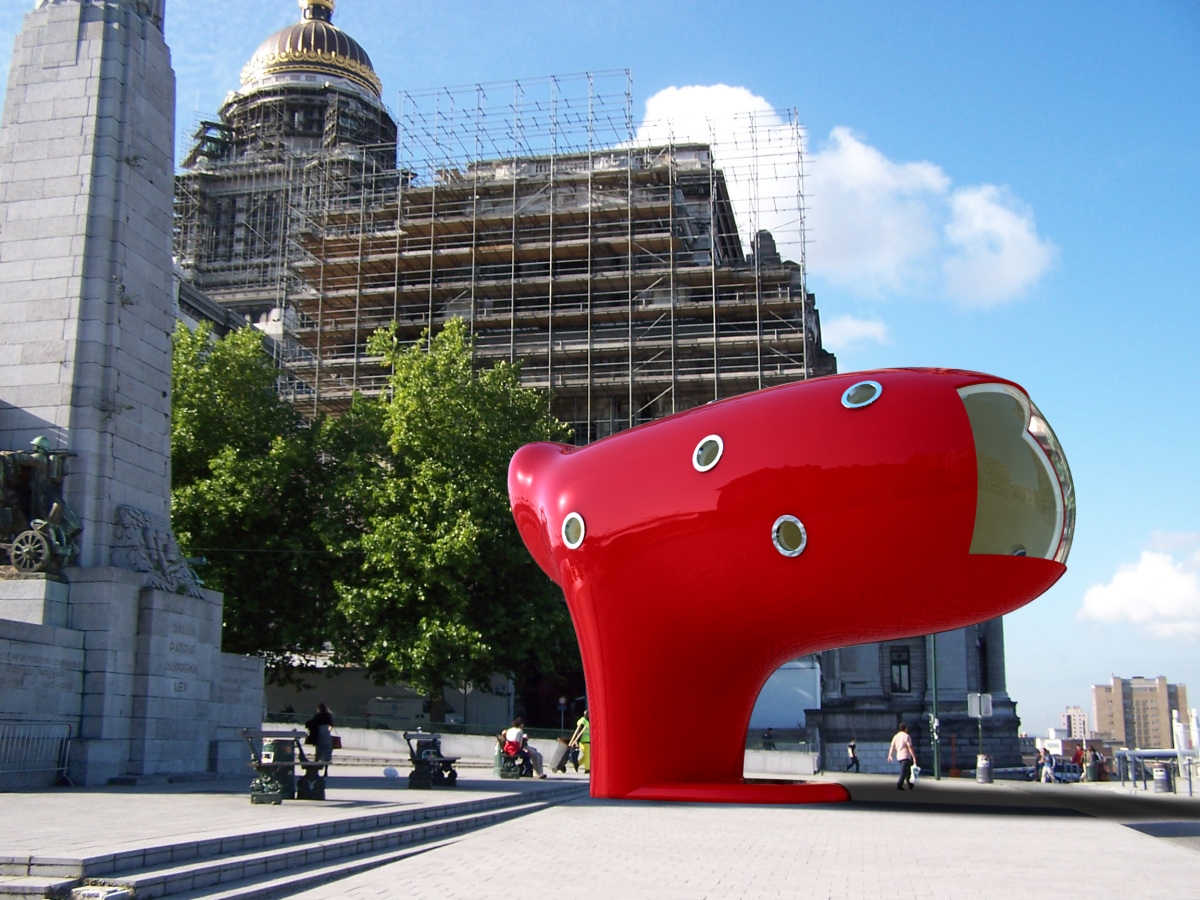 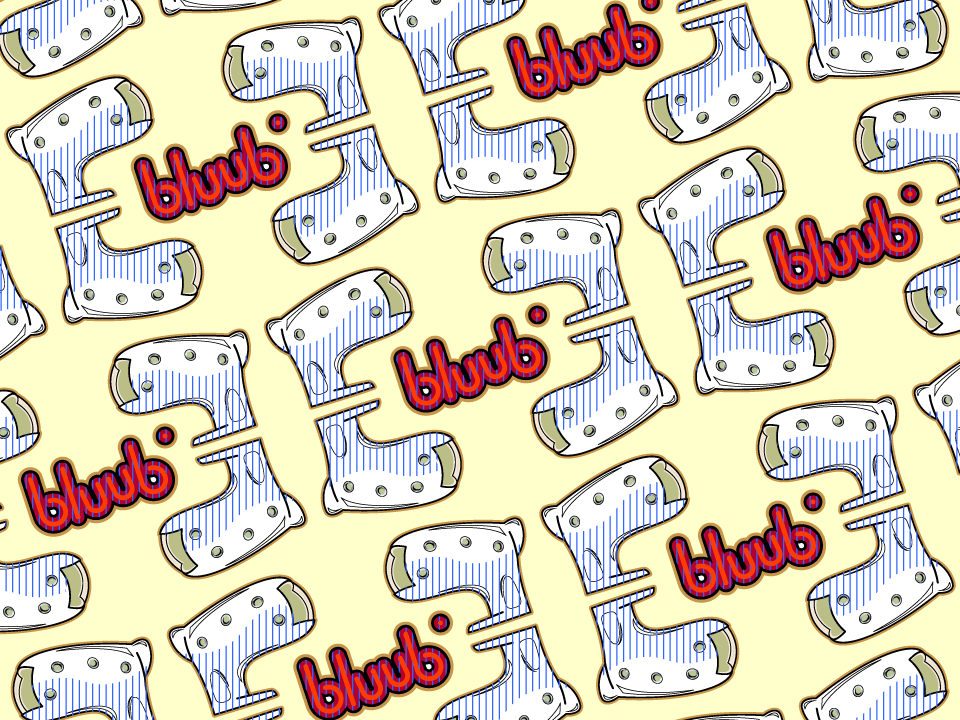 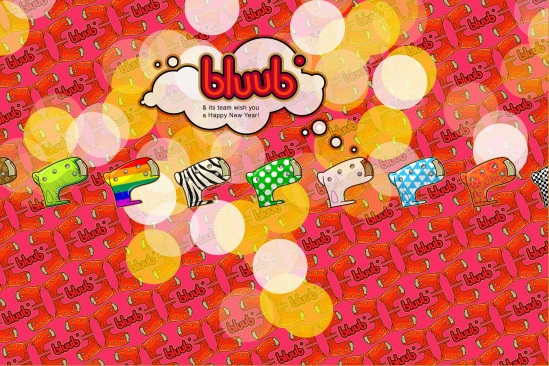