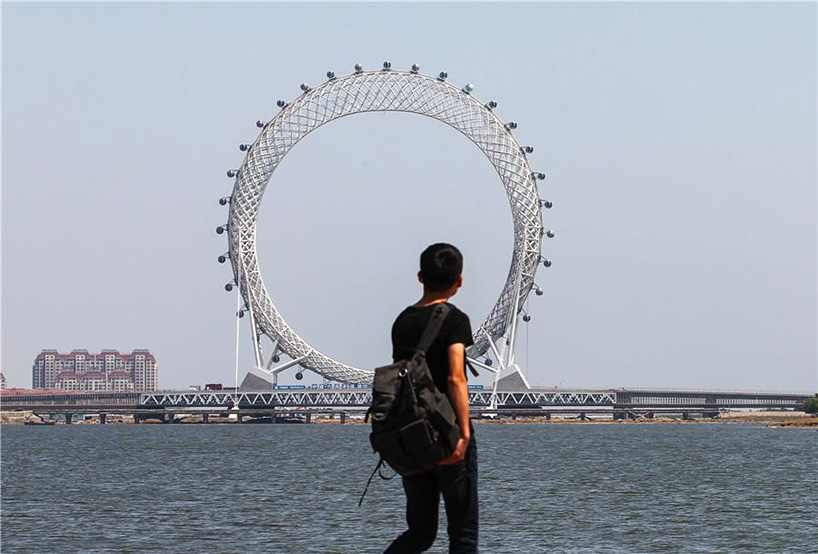 The more without Big Wheel Hub
measuring a total height of 145 meters.

on the bridge of the river Bailang in Weifang City, Shandong, China

The great wheel, whose diameter is 125 meters, has a height of 145 meters.
It is built under the concept of kite and has 36 Passenger cabins. 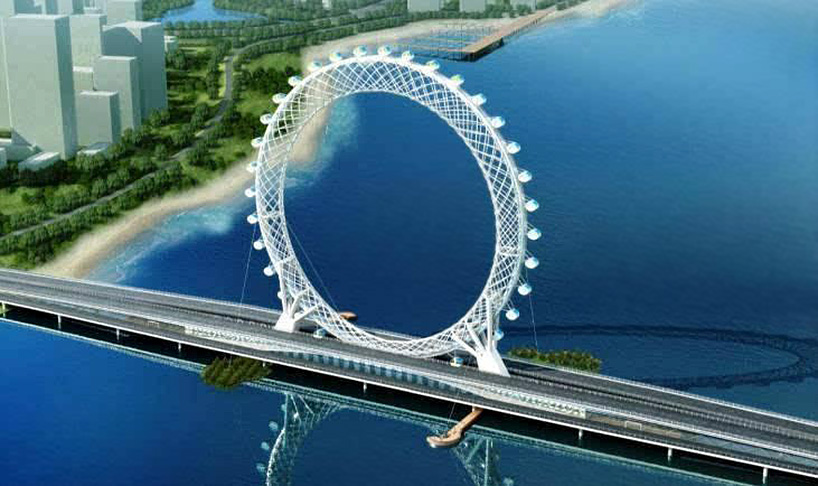 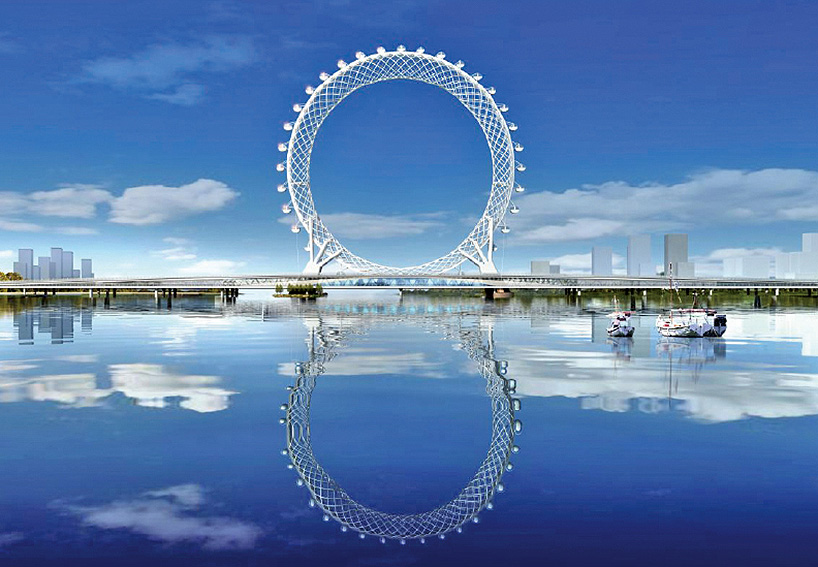 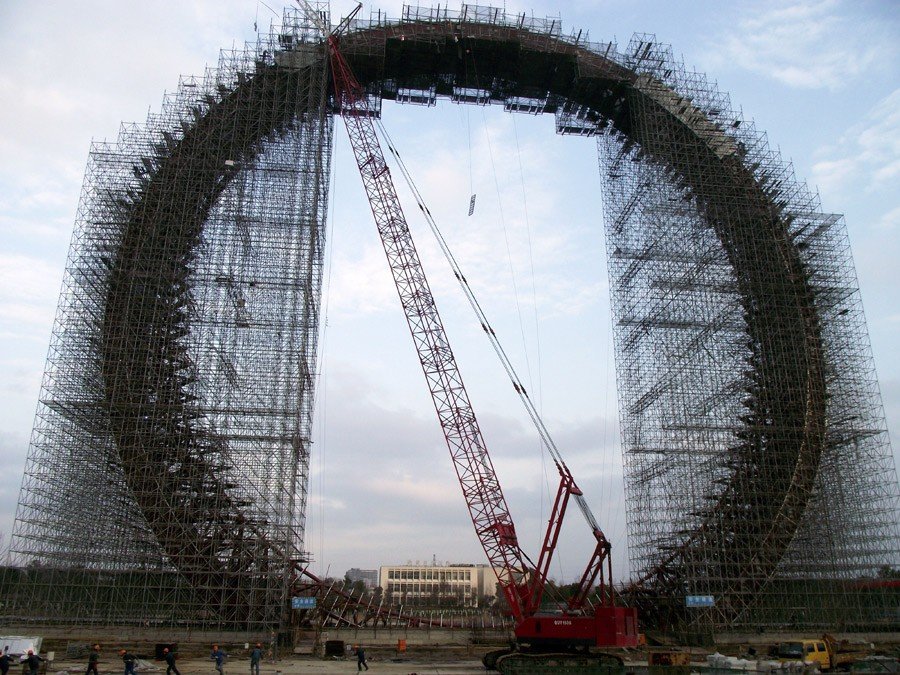 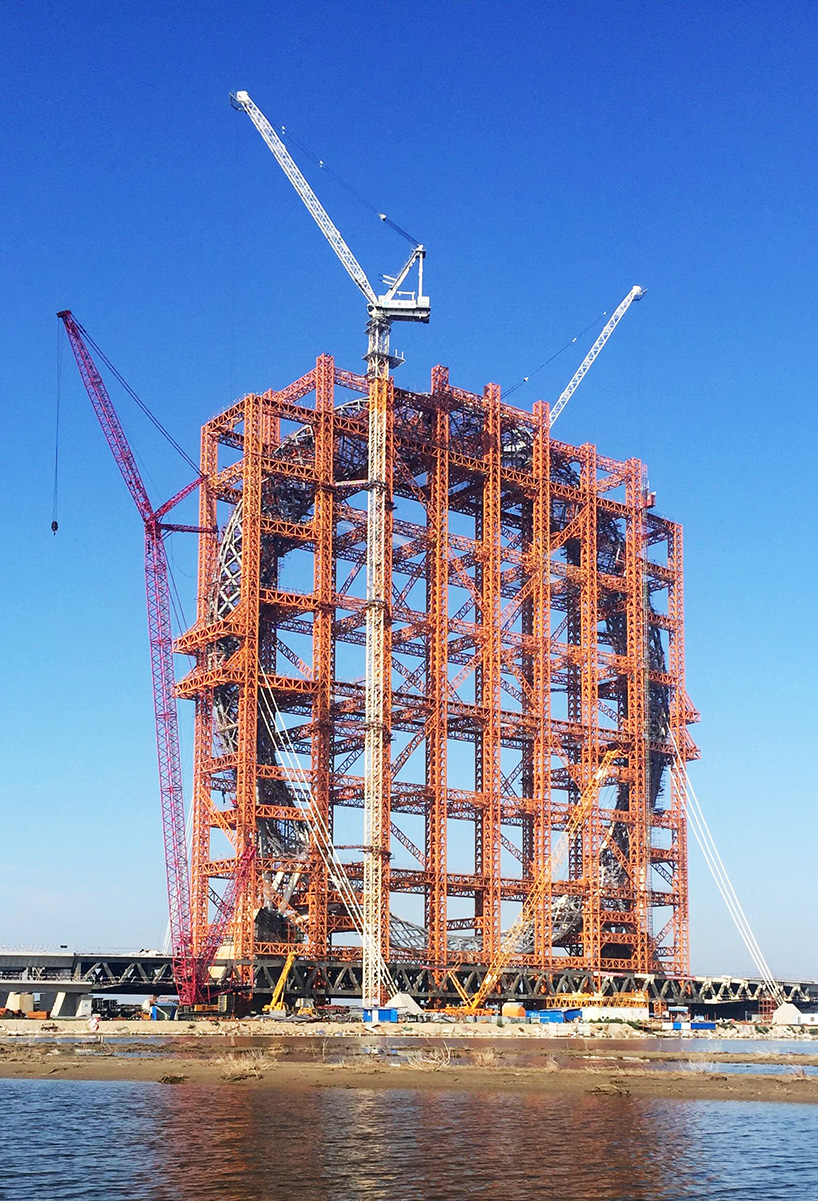 The structure was contracted to build by Tianjin homemade 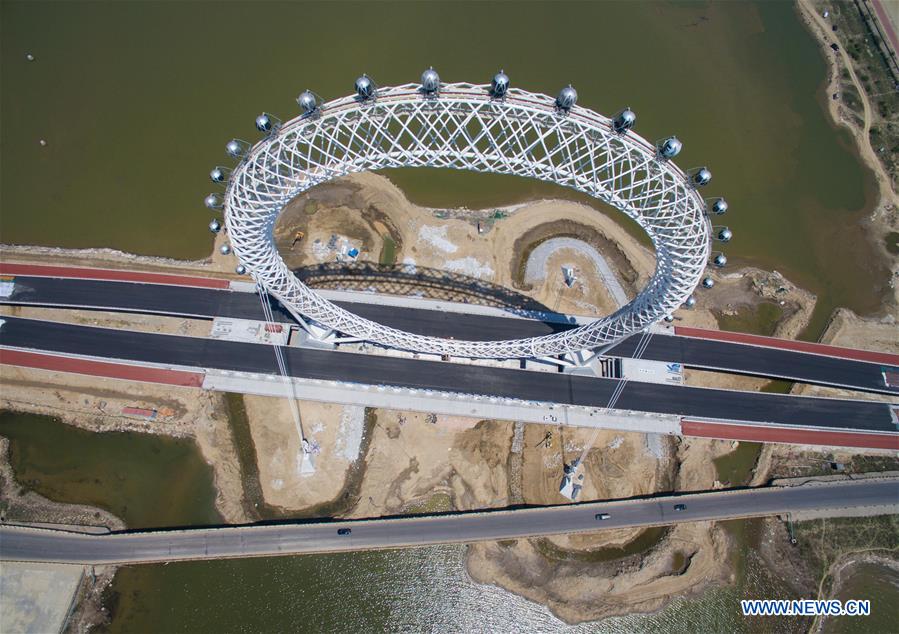 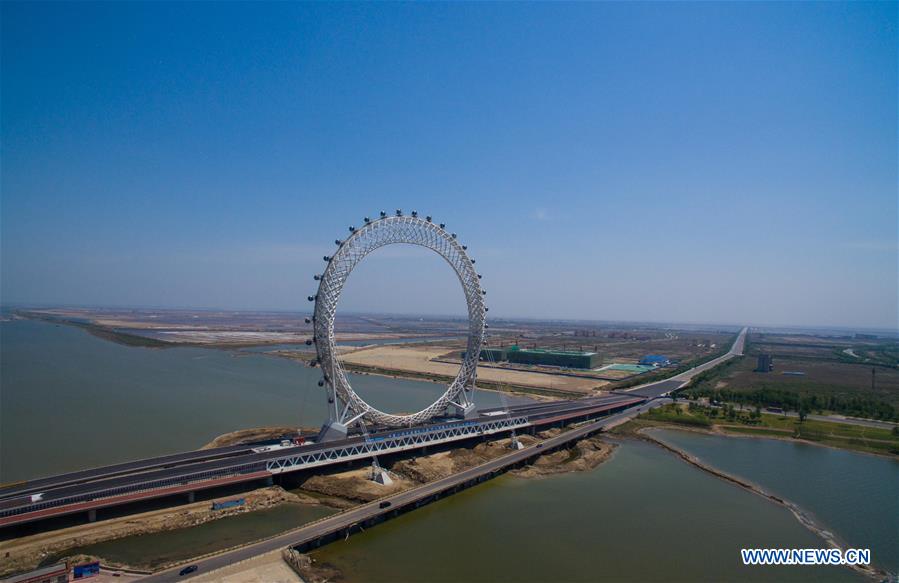 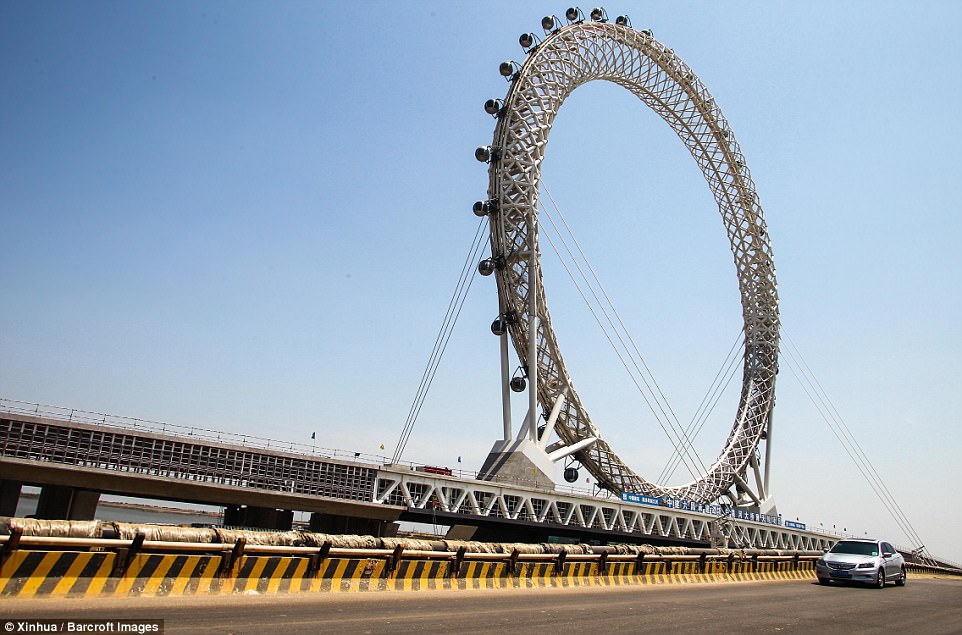 A car passes a Ferris wheel without center in Weifang City, Shandong, China Eastern,
the 17 May 2017. 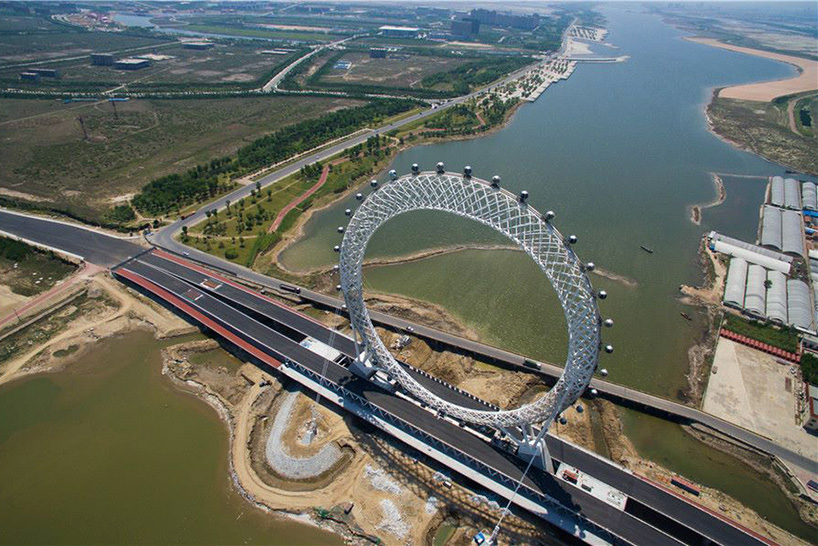