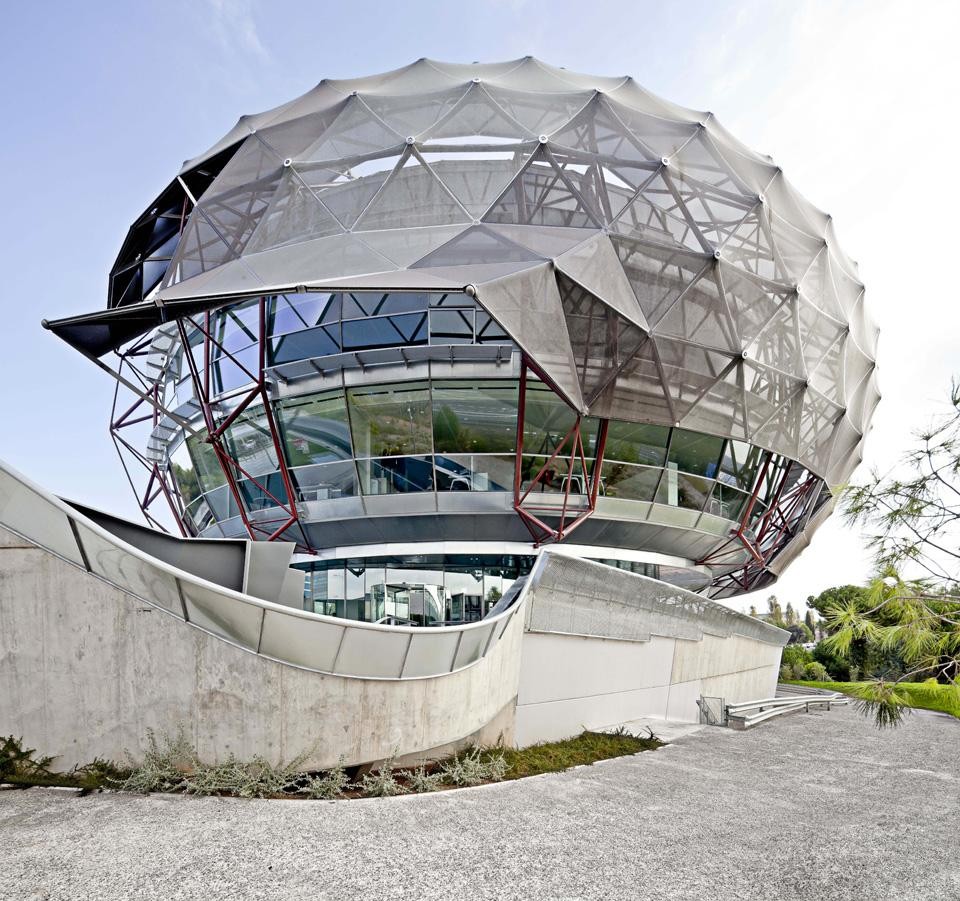 Near Barcelona, San Cugat del Valles, this strange balloon (20 millions of euros)
Spanish houses the new headquarters of the Italian specialist in architectural lighting iGuzzini.
Offices on five floors of the steel structure dome, which has a hollow center surrounded by glass.

Illuminates the construction of a sophisticated project that uses the most innovative solutions that focus on architecture and make the protagonist: a low-power devices and LED technology,
managed by a control system that optimizes the use of light and create directions for stage lighting. 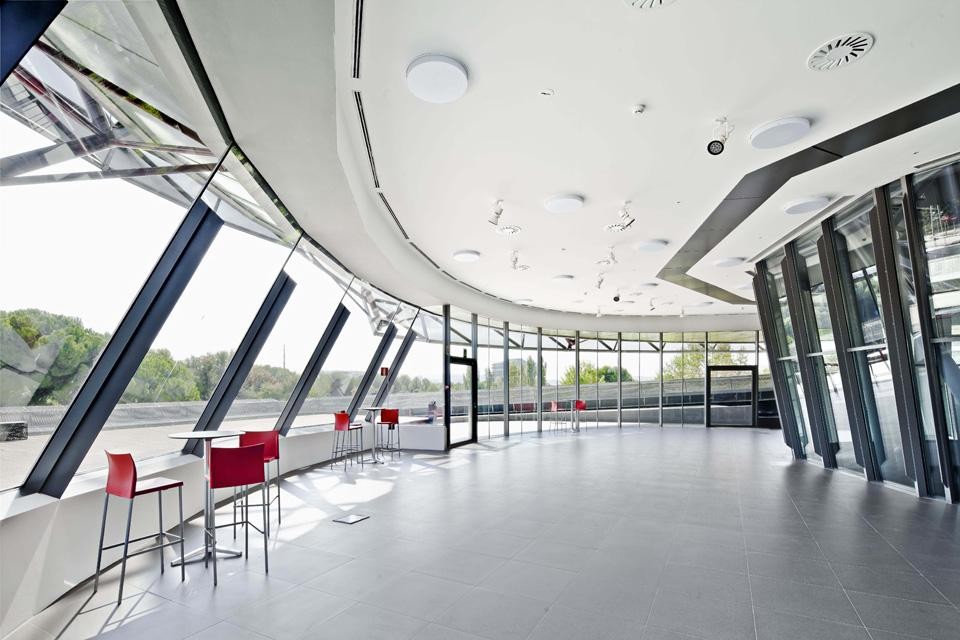 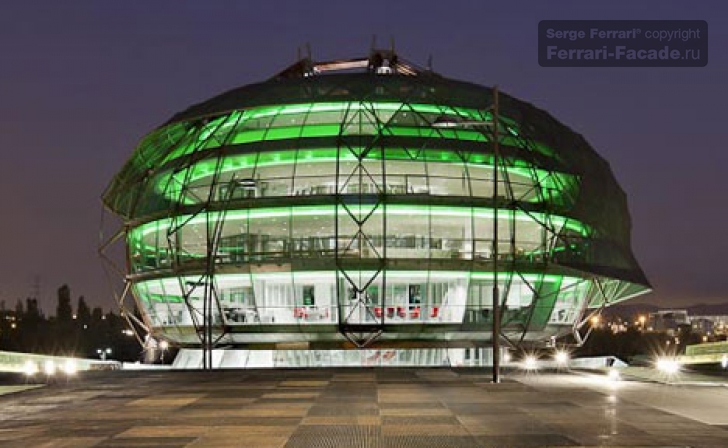 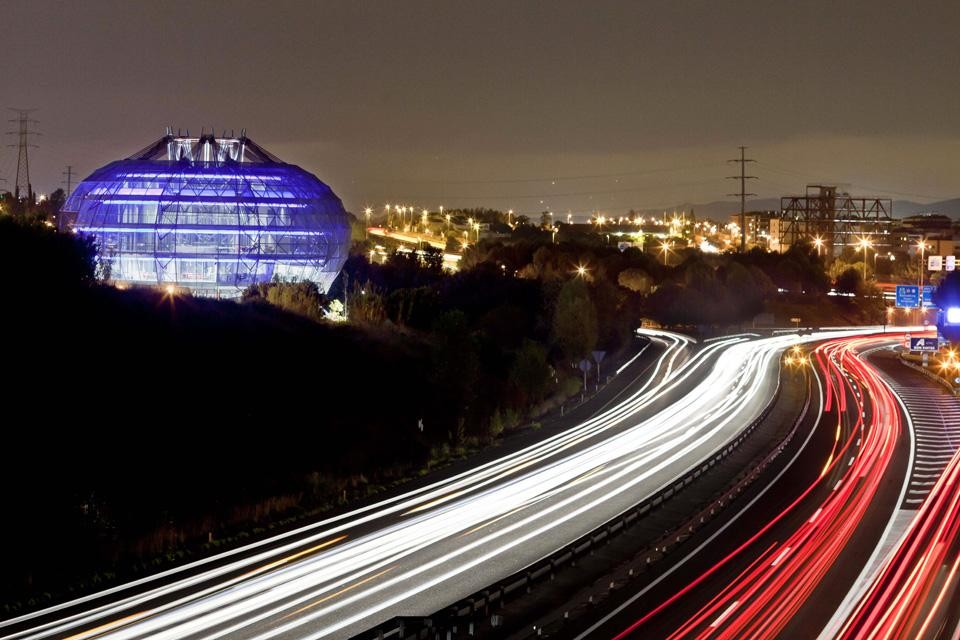 © architectes Mias
Designed by Mias Architects, the new Spanish headquarters of iGuzzini Lighting is located in Sant Cugat del Vallès,
near Barcelona, wedged between the highway of Montserrat and Avenida de la Generalitat.

With this envelope the building emulates a large lamp, sunscreen, ventilated facade with equipment Serge Ferrari imitation leather. Just composite membrane acts as a sunshade for office, which makes a comfortable stay in the office and saves energy spent on air conditioning.

The building consists of two parts, each of which has different functions: a weak, no natural light and built in concrete, and the other is a spherical shell and a combined glass Serge Ferrari composite material, Stamisol FT series 381.
This facade is able to reflect light, Maintaining a high visual check to’ inside.
The flexible geometry, protection against the sun can be very well adapted to the shape and volume of the building.
In the construction of a logistics center, parking, exhibition hall is the auditorium seat, theater, conference room, office space.

The building is constructed so that the offices have views to 360 full panoramic °.
During the day, from the outside, the building looks like an opaque volume, reflecting the sky in the northern part, and as a pointed spherical volume on the southern. Inside, however, the perception of a different, since space is no break between the interior and’ outside.
Overnight, all these qualities are reversed. Thank you to light, the sphere is transformed into a beacon, showing its inside all the roads surrounding the building. 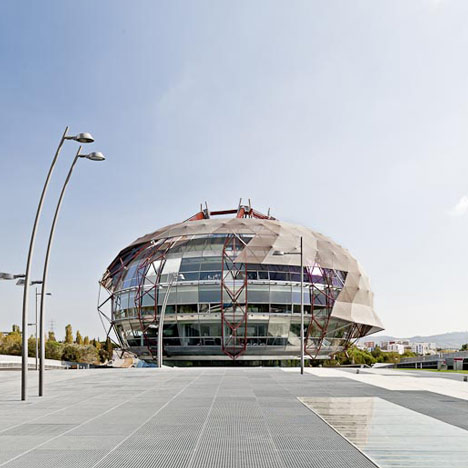 Underground dark background surrounded by concrete houses for the showroom,
with a bonded warehouse, auditorium, a conference room and parking. 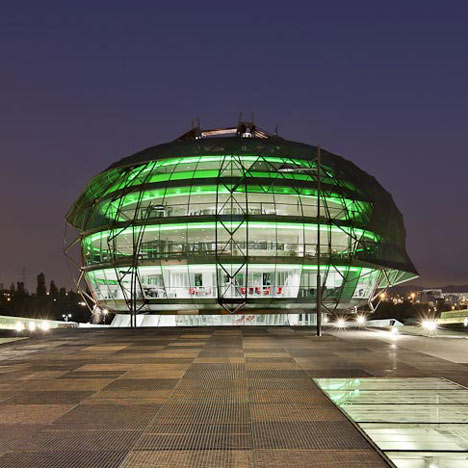 The sphere is illuminated by lighting installed behind the mesh in different colors. 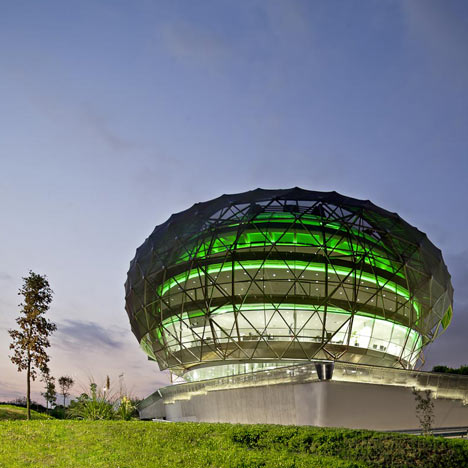 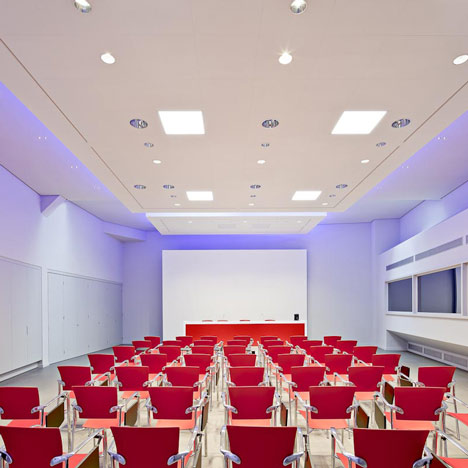 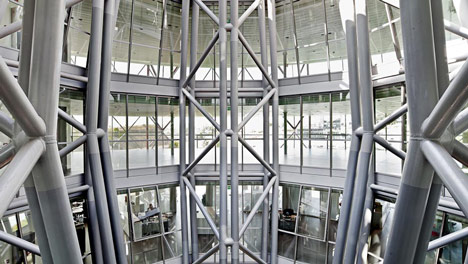 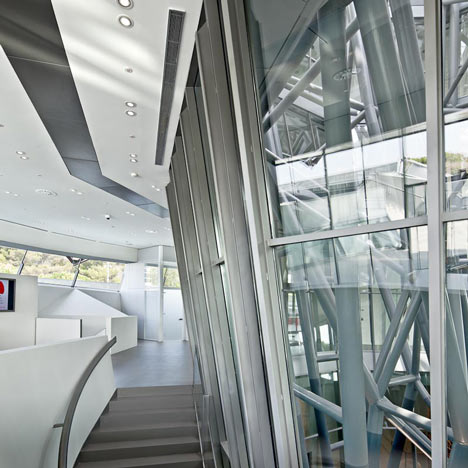 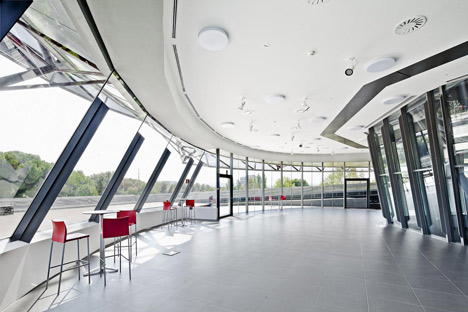 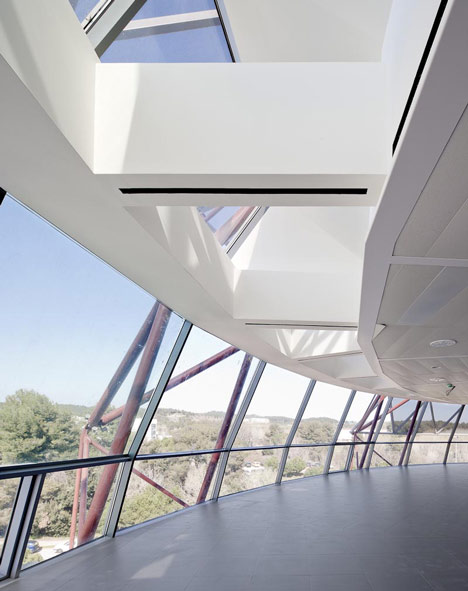 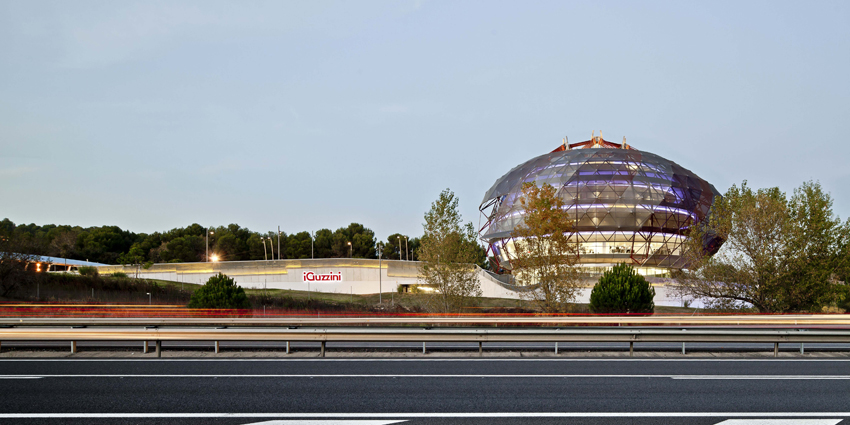 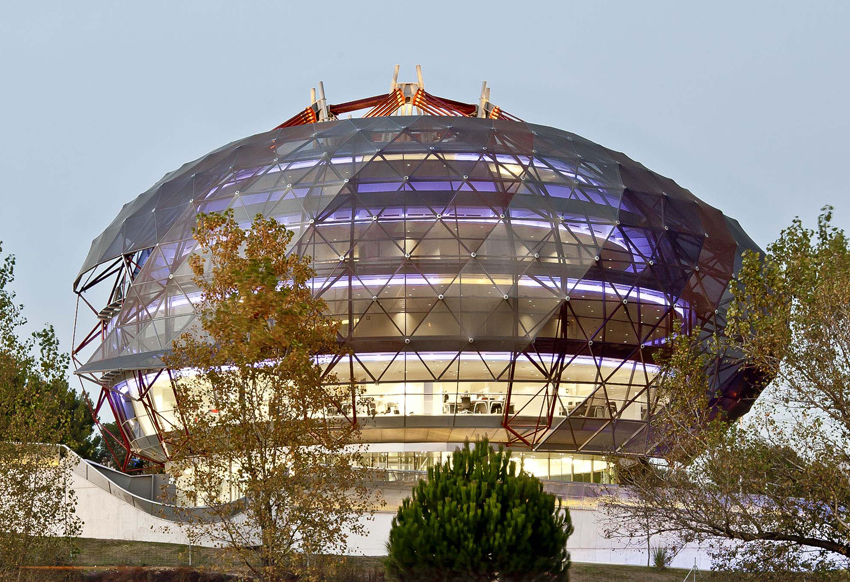 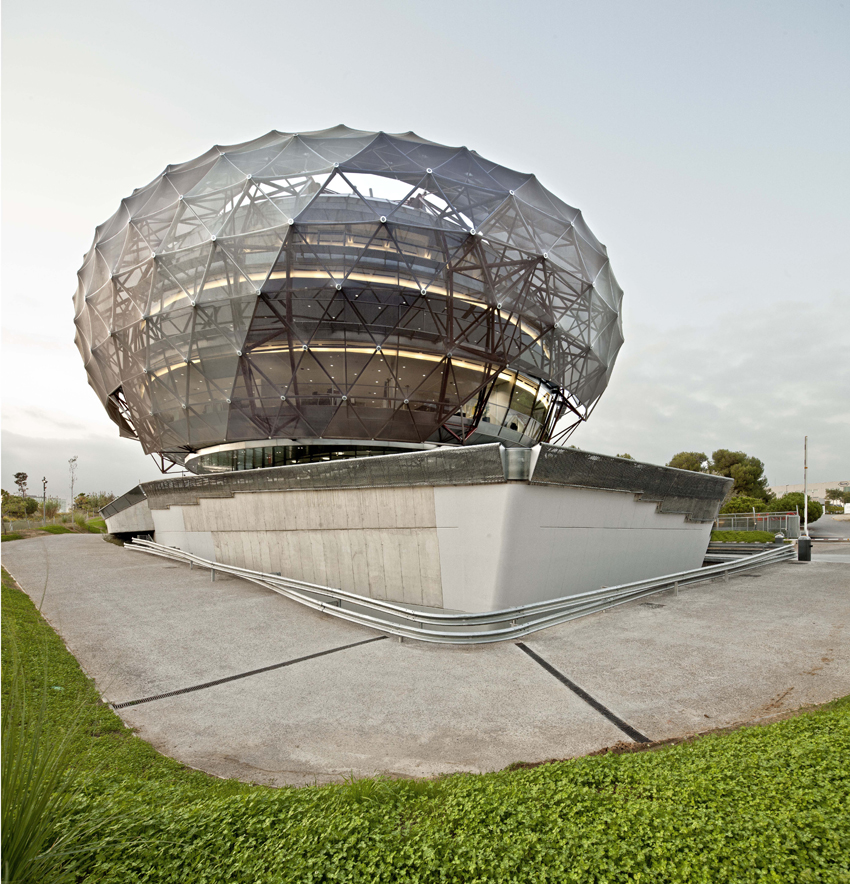 Sandwiched between two highways, the building is the headquarters of the brand lighting iGuzzini
and was designed by Spanish architect Josep Mias of MIAS Architects .

The building has a total area of 9.000 square meters and in summer the outdoor atrium, above the parking and the room, it can be used as an outdoor showroom ! 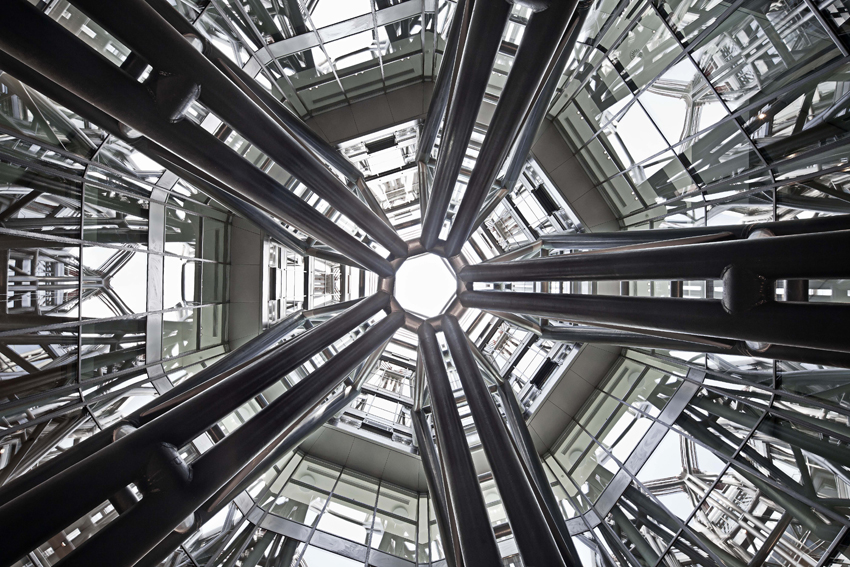 © architectes Mias
A large central vacuum, occupied by the single column from which the whole building is suspended, allows greater light and’ energy control to’ inside. Spaces in the sphere of business and, the upper floors, research facilities.
The building has two parts, each having a different function: one is low, vast underground, without natural light and built in concrete, the other is spherical with a glass envelope, floating above the landscape.

© architectes Mias
Il Cielo iGuzzini is located by one of the hubs of the roadway Barcelona, in a fragile state of stability on the site where it is. Without changing the topography, a large underground space is previously delimited, regular shape, allowing storage, parking, room D’ exposition, auditorium, Technical Services. 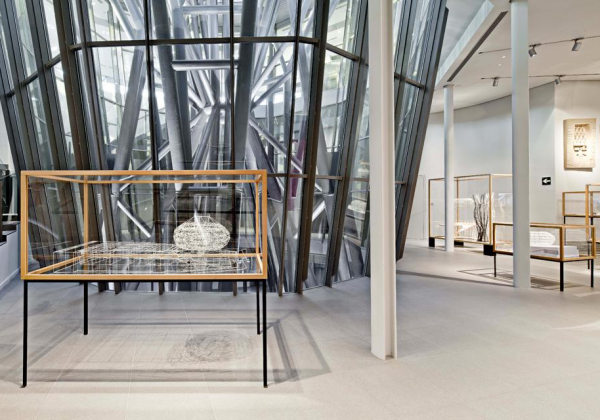 © architectes Mias
Its roof is proposed as an exterior technical floor such that it works as a room’ outdoor exposure. Atop this underground container emerges the company building, spherical but slightly deformed on the south side. 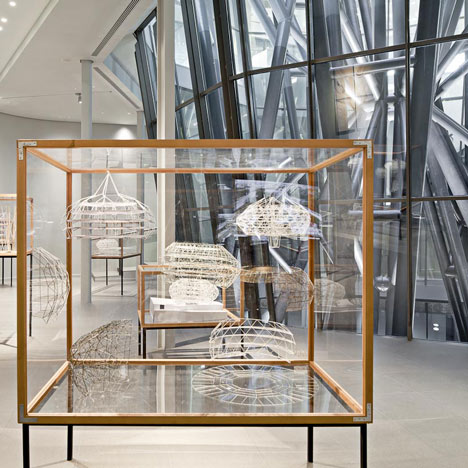 © architectes Mias
Designed by Mias Architects, the new Spanish headquarters of iGuzzini Lighting is located in Sant Cugat del Vallès,
near Barcelona, wedged between the highway of Montserrat and Avenida de la Generalitat. 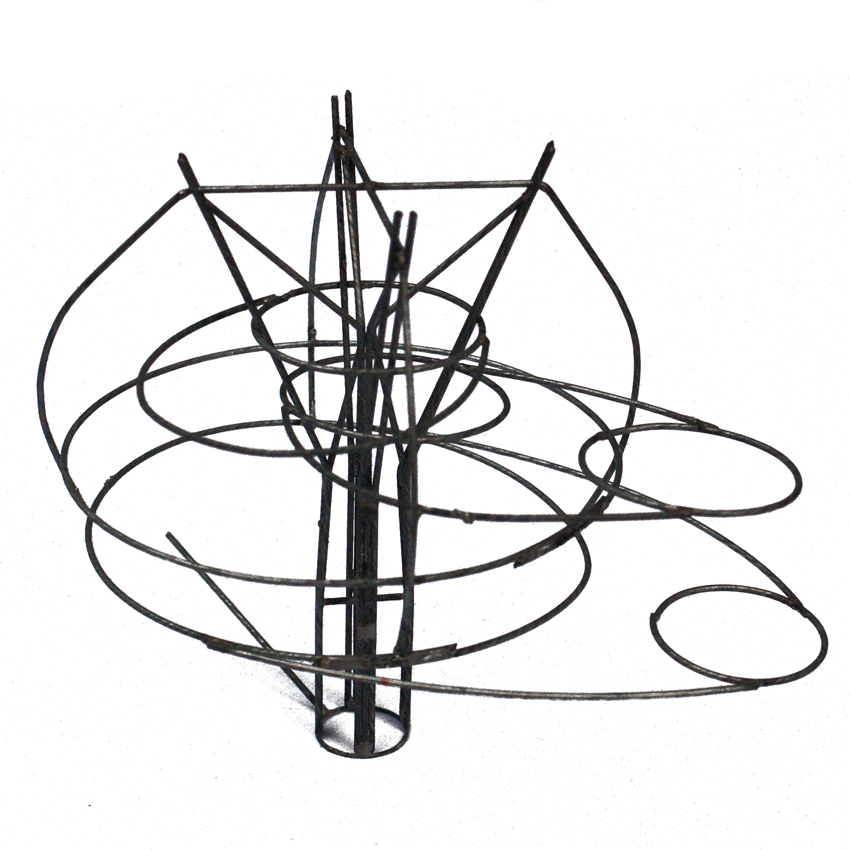 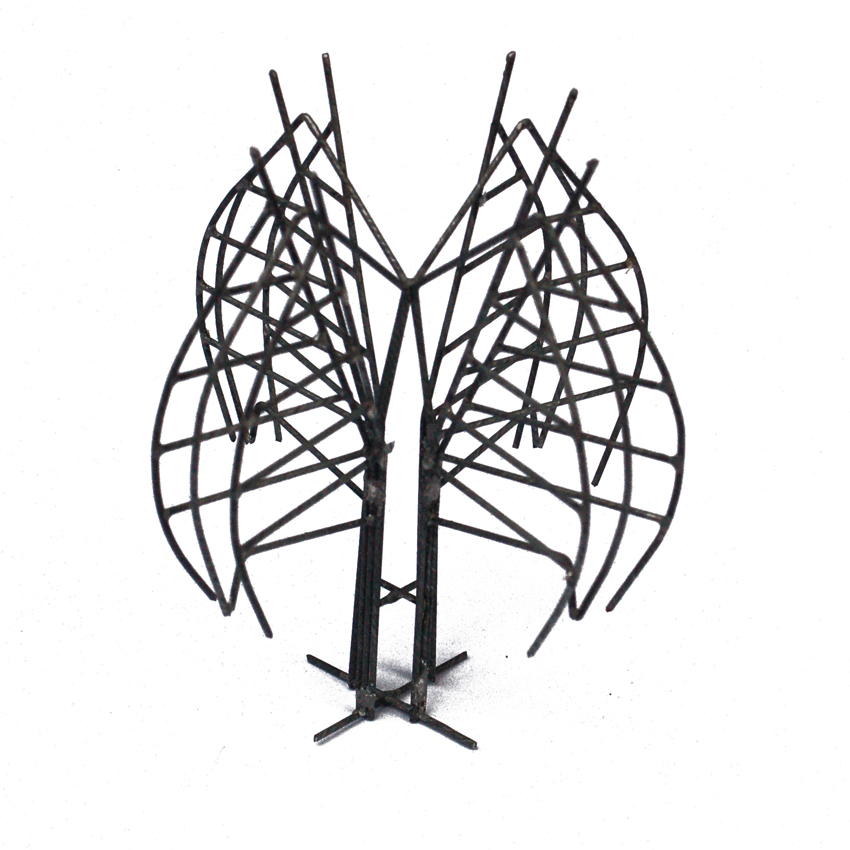 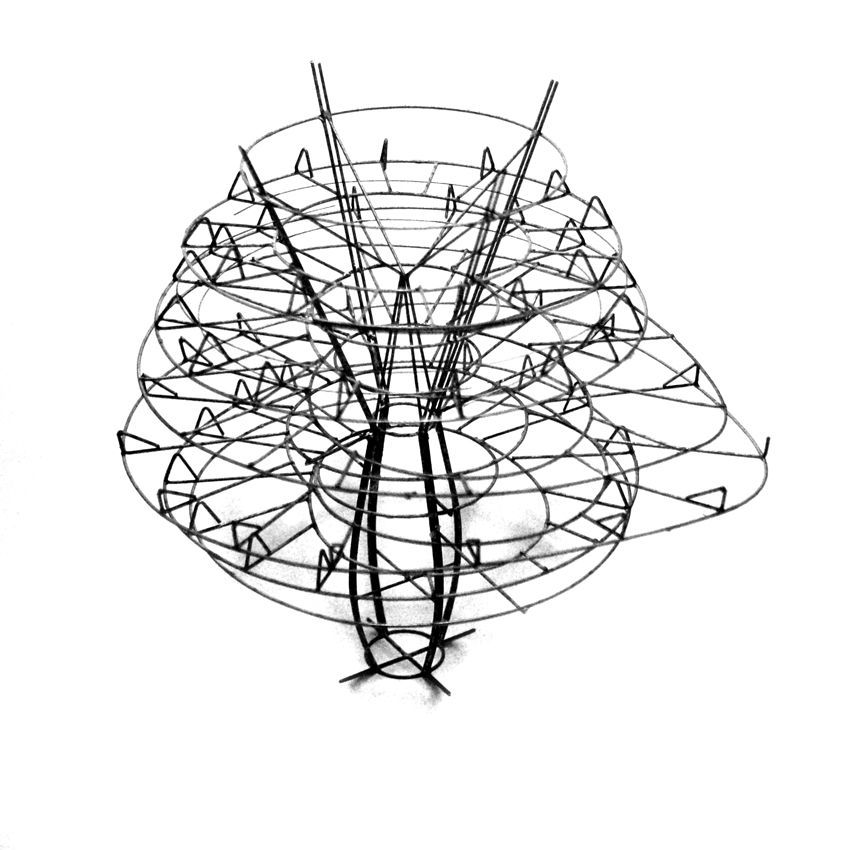 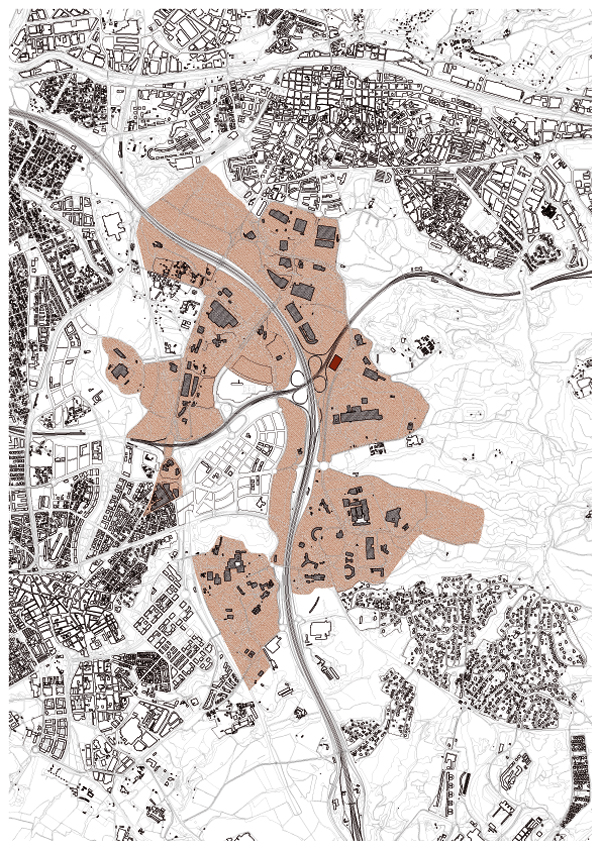 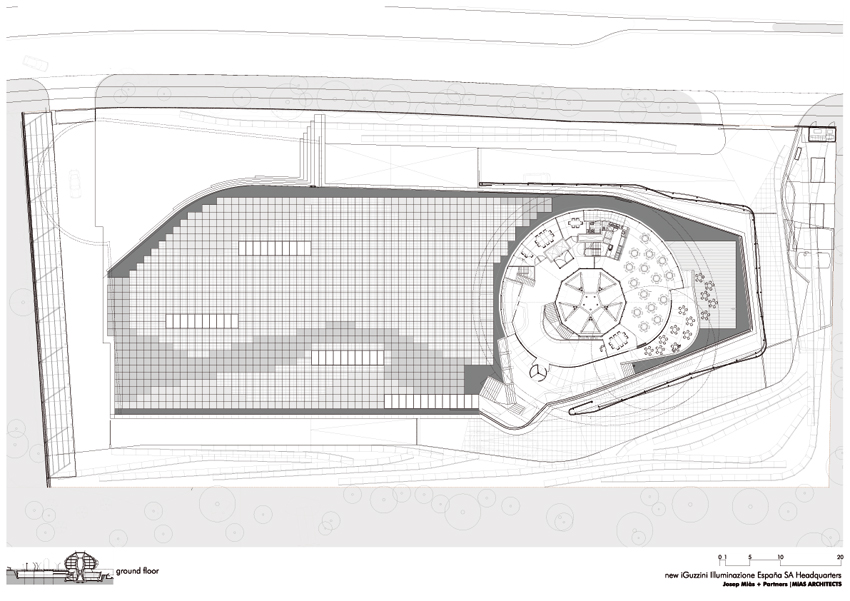 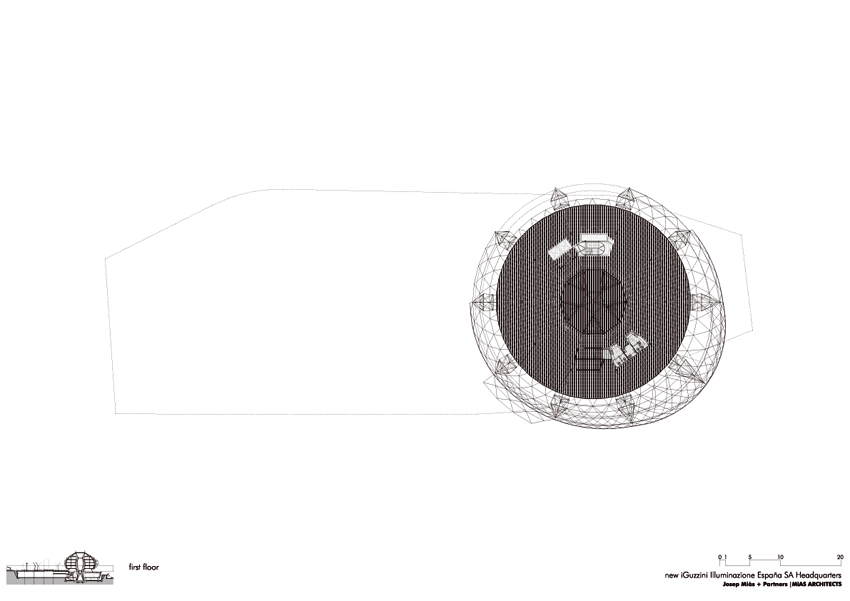 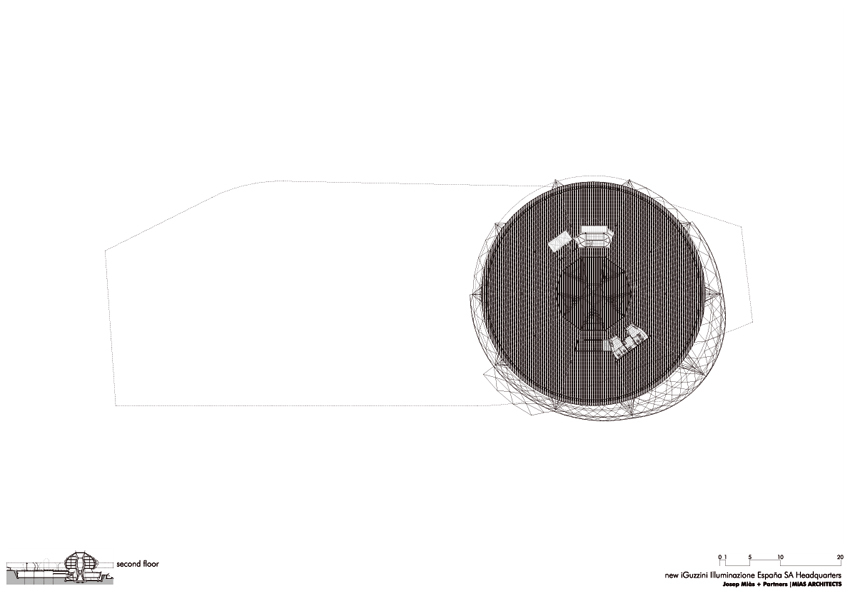 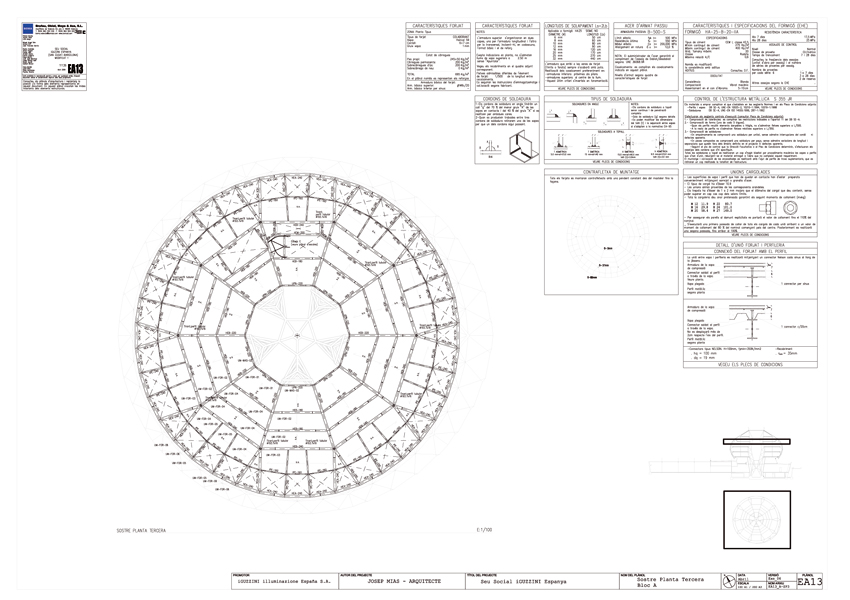 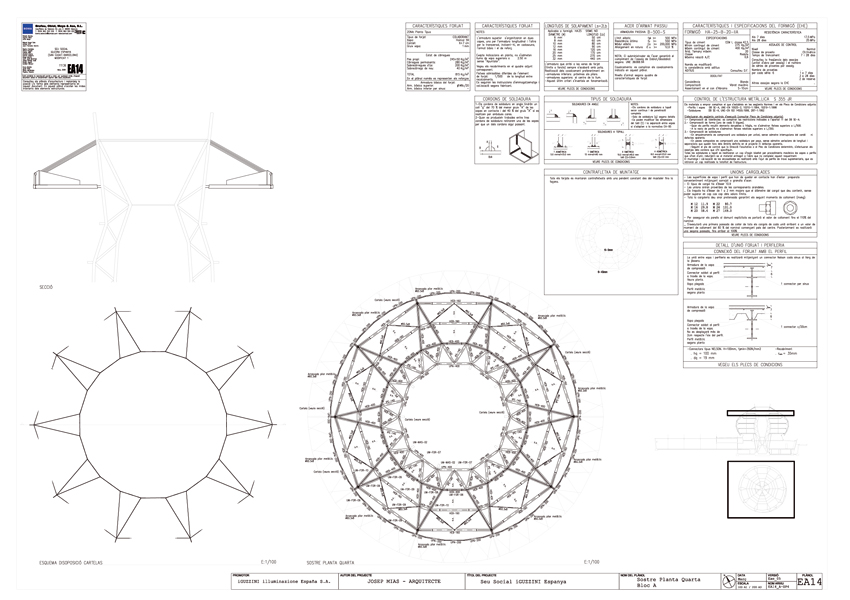 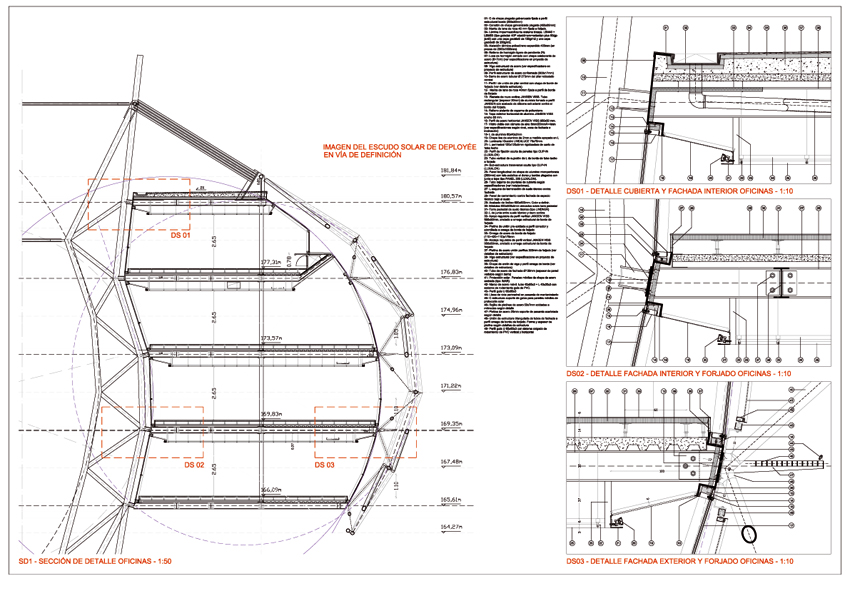 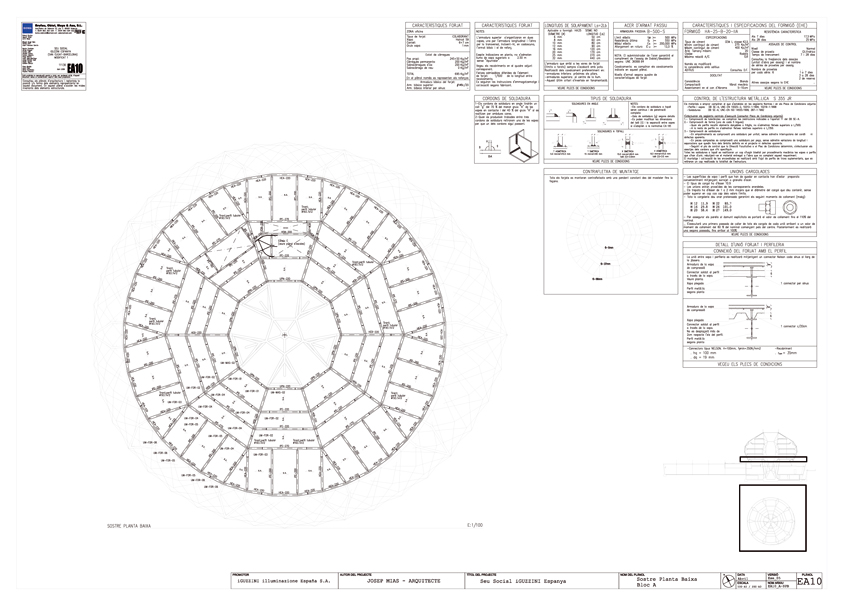 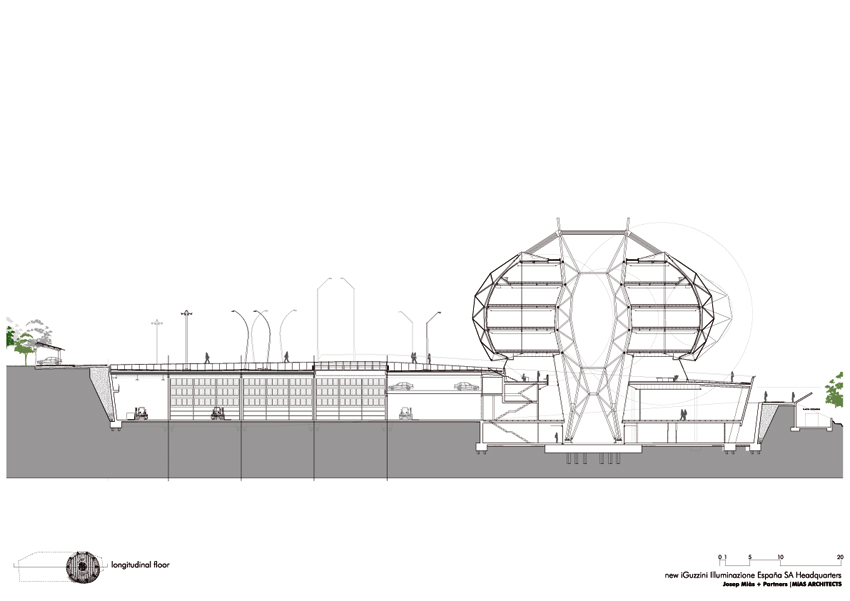 Posted on 5 jul. 2011
The romantic Chinese Adam Yu is a keen operalover, and particularly fond of Giacomo Puccini.
Few years ago, Yu decided to commission the artist Chen Yifei to create the largest Chinese lacquer inspired by Turandot, last and unfinished opera by Giacomo Puccini, most famous for his great tenor aria 'Nessun dorma'. The painting employs the traditional technique of Chinese lacquer. Made of 288 parts like mosaic, the work is 40 meters high and 15 meters wide, completely occupant’ one side of the wall of the atrium in the Winland International Finance Center, a multipurpose building.

The lacquer was unveiled on April 25th 2008, to celebrate the 150th anniversary of the birth of composer and Tuscan exact date of the 82nd anniversary of the premiere of Turandot at La Scala in Milan. The painting depicts 12 key moments in Turandot. The lighting was designed with the intention both to focus on certain scenes, and to represent the opera in its entirety, or revealing piece by piece.

Given its complexity, the operation called for the creation of a special product, developed by iGuzzini, which would allow the combination of bright light sources and optical assemblies that can be integrated and aggregated to end to illuminate the entire work. The system that emerged uses 50W low voltage dichroic light sources with widths Cone 4 ° 8 ° and a color temperature 3000 K, all that is dimmable. The specially designed apparatus consists of a set of long, narrow rectangular structures, to house the light sources.

Each single rectangular element is mounted on an arm which can be tilted vertically upwards at an angle of 30 ° in a degree. The output is essentially a wave of light, but with end effects obtained by means of directional adjustments. The structures are individually inclined and locked in position mechanically. The entire installation is managed by a single control system. lighting design, scenography and lighting fitting design were conceived and developed by 8'18 ” hired by the customer.

The unit's design was developed in close collaboration with the customer, 8’18 ” et iGuzzini.
In recognition of the contribution of M. Yu in promoting’ art de l’ opéra, Puccini Festival Foundation awarded, in collaboration with the Italian government, the price of the "Great Pucciniano" on him, which is implemented by the Foundation to honor music lovers the world over a special devotion to Puccini.