the Polytechnic School of Lausanne (EPFL)

The Federal Polytechnic School of Lausanne (EPFL) is a research institute and a university in Lausanne, in Swiss, specialized in sciences 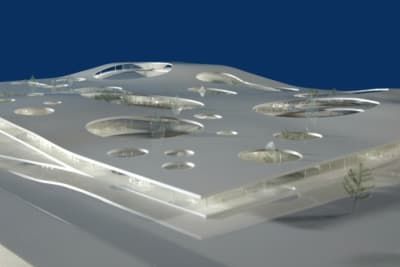 a draft Kazuyo Sejima + Ryue Nishizawa – S A N A A

the Federal Polytechnic School of Lausanne, was inaugurated on 22 February 2010.

The Rolex Learning Center is above all a library and a learning space dedicated to the culture of knowledge using different methods..

It has one of the largest collections of scientific literature in Europe, with over 500 000 volumes. In addition, an interesting range of new educational technologies in building, as well as the layout itself, constitute innovations for the public approach to texts and learning.

The campus of this engineering school, popular with foreign students, focuses on innovation. Inaugurated in 2010, the futuristic Rolex Learning Center building, with a library of 900 places. Financed by the Confederation and by large Swiss companies, this center has one of the most important libraries in Europe for the imposing collection of scientific works.

The Rolex Learning Center is above all a library and a learning space dedicated to the culture of knowledge using different methods.. It has one of the largest collections of scientific literature in Europe, with over 500 000 volumes. In addition, an interesting range of new educational technologies in building, as well as the layout itself, constitute innovations for the public approach to texts and learning. 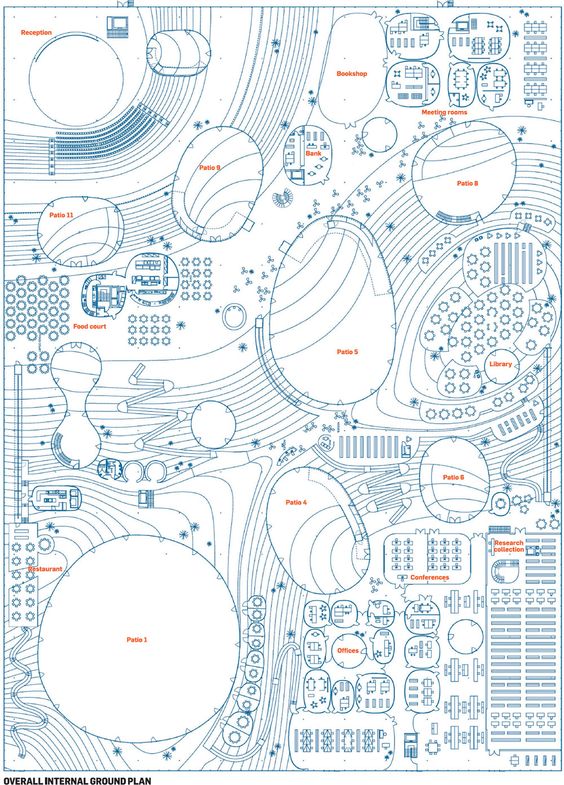 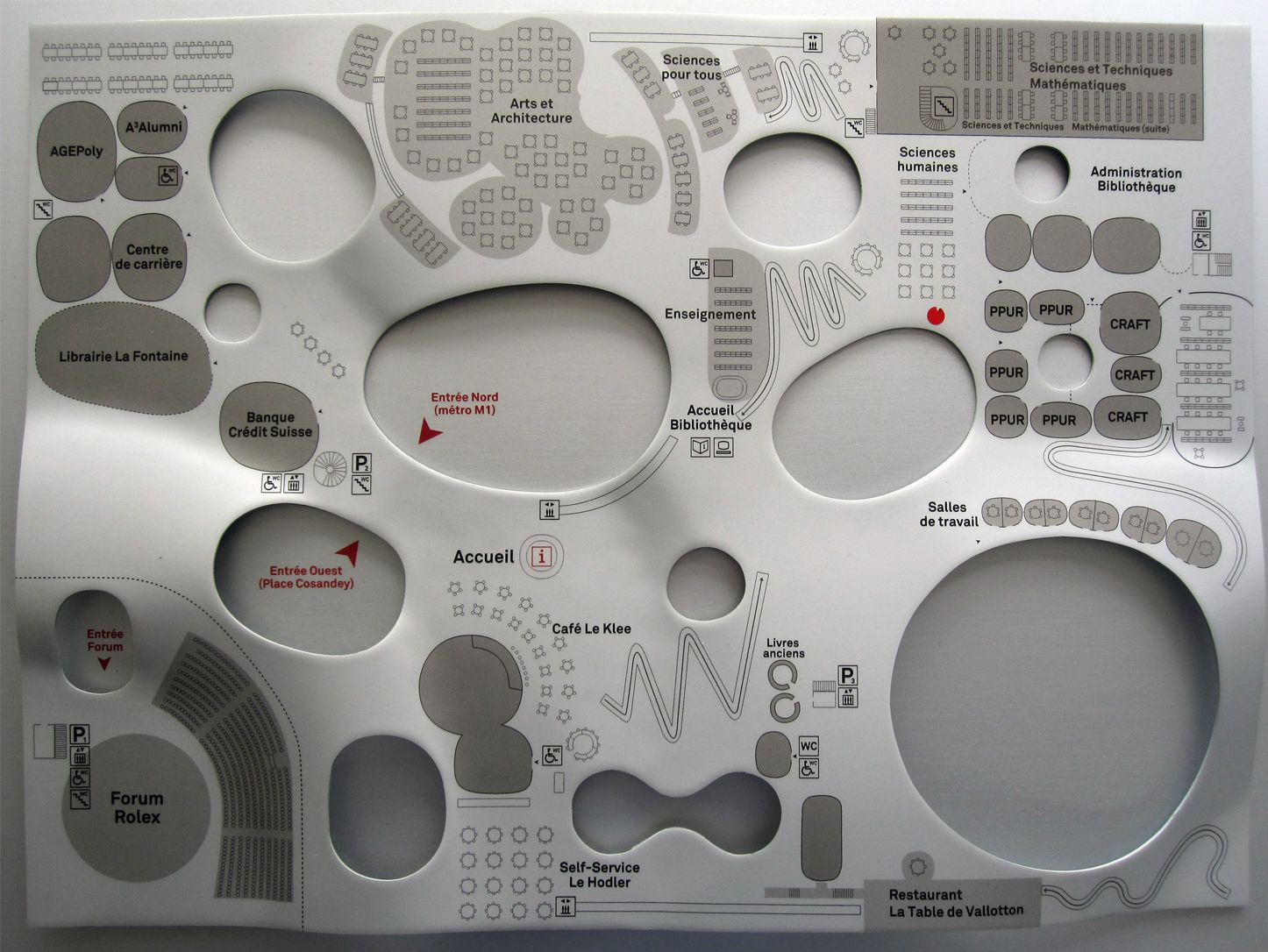 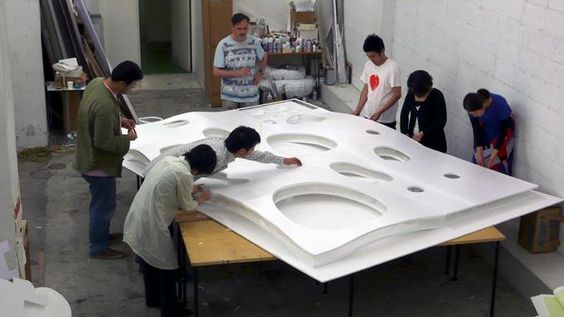 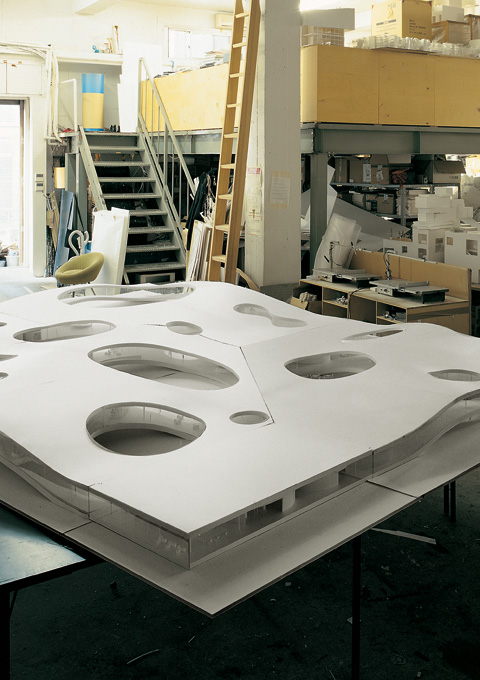 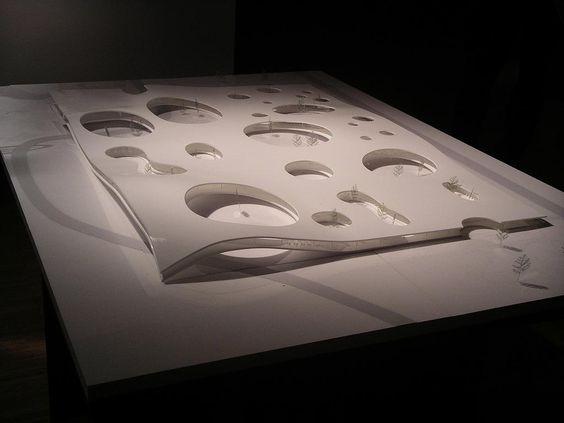 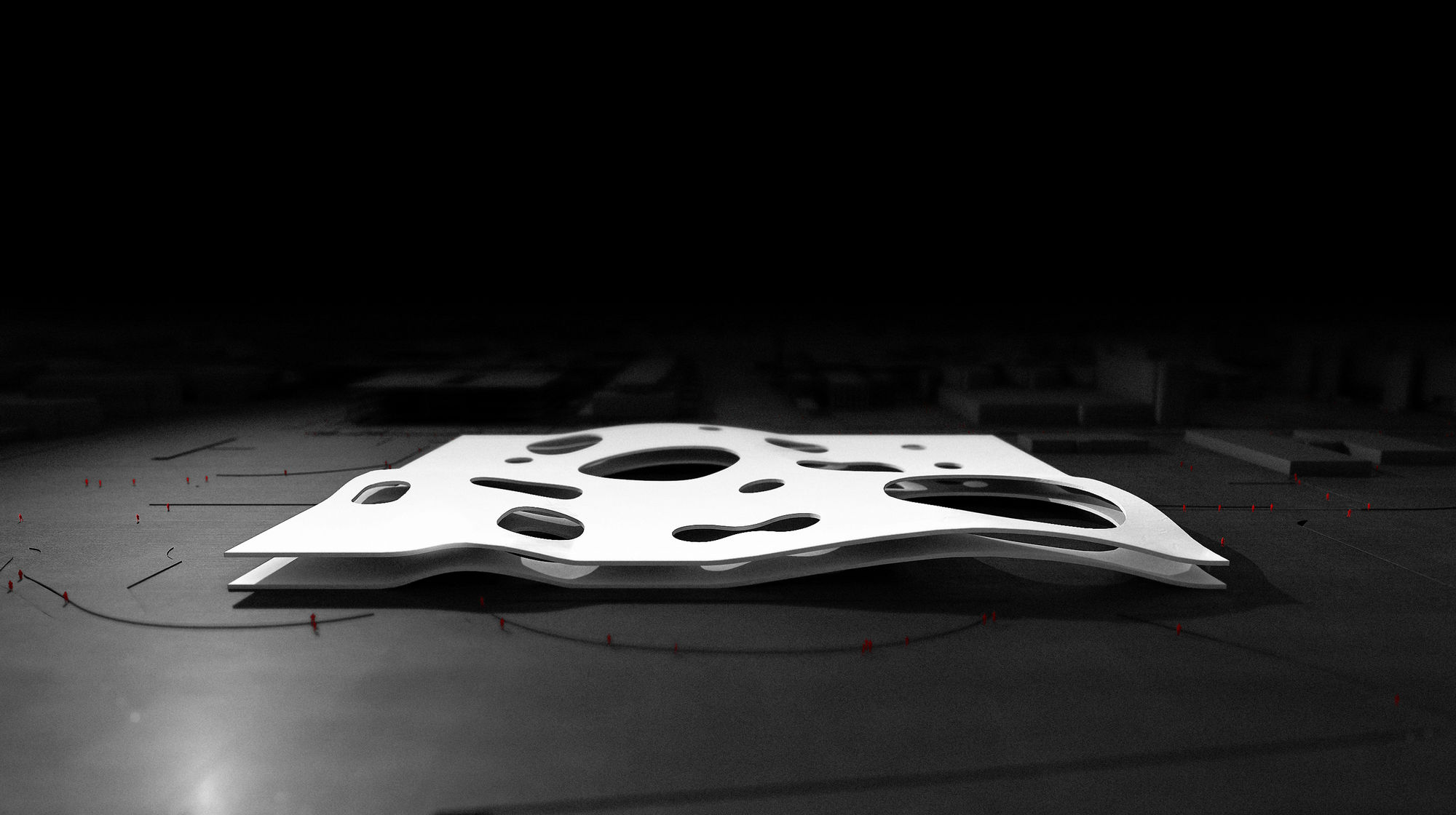 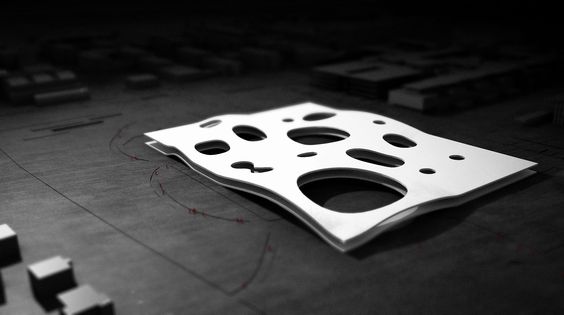 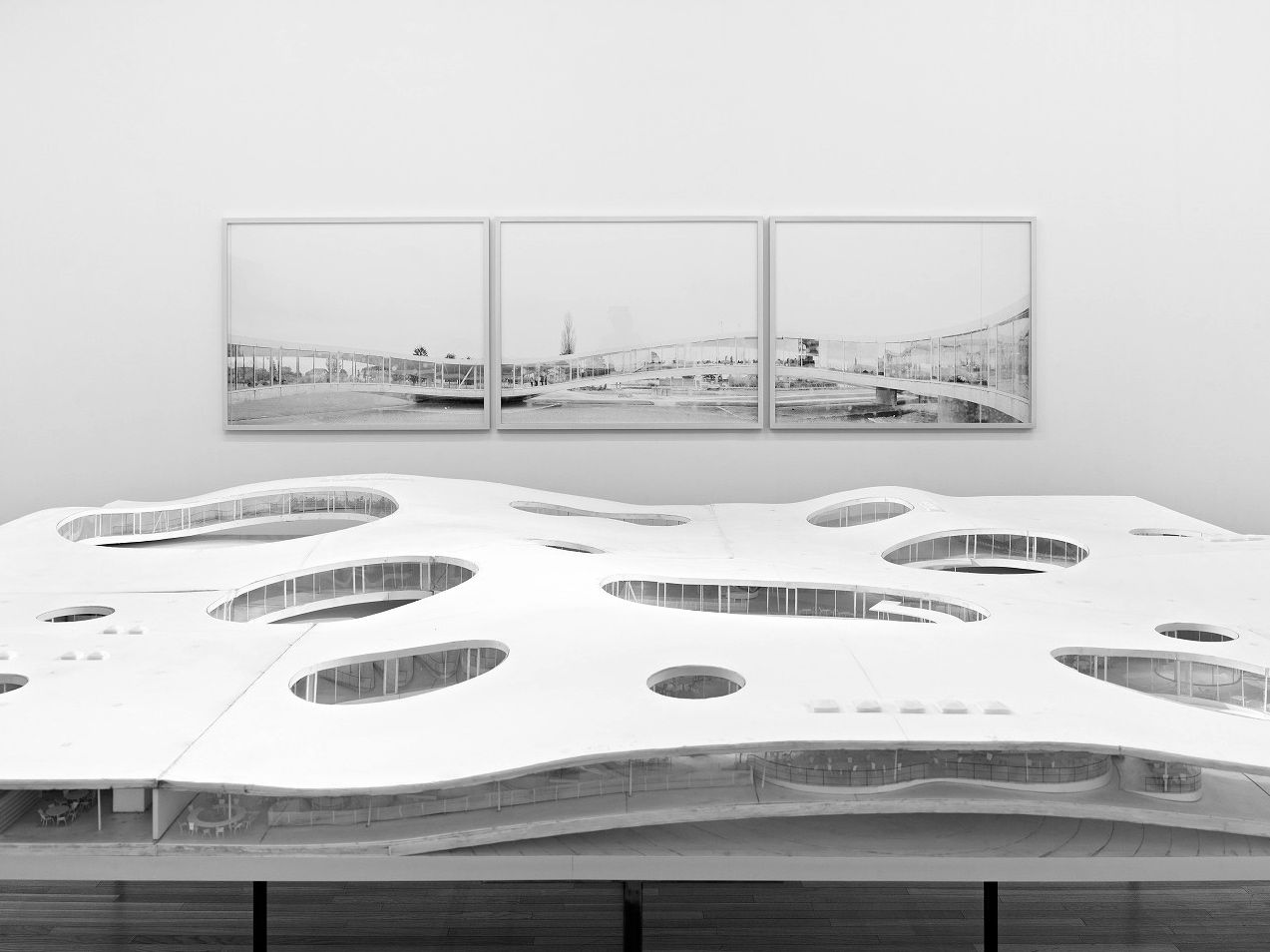 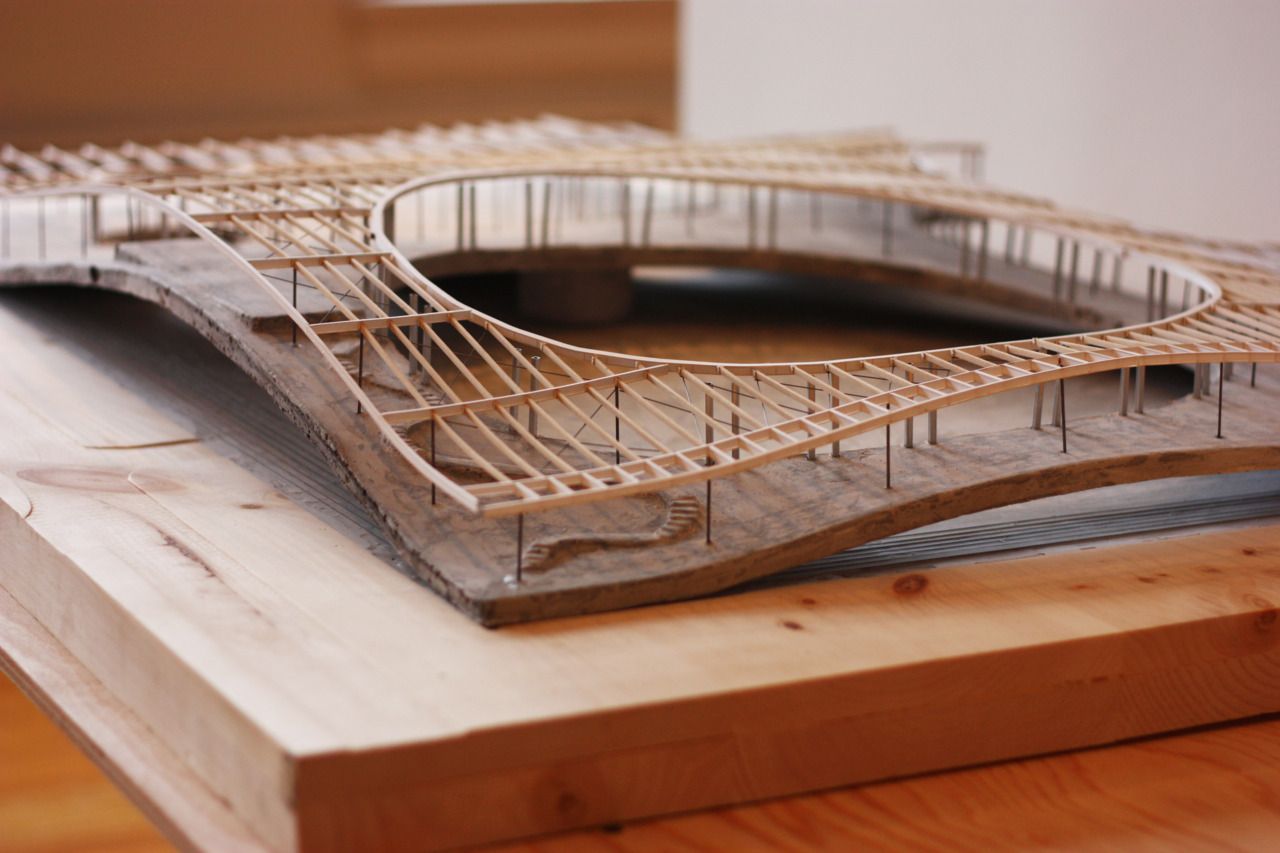 The Rolex Learning Center is also one of the most emblematic architectural projects in production at the beginning of this century. It impresses in particular by its dimensions which are a major technical challenge in their realization and design. The RTS (main media of Switzerland) summarizes the project with some figures available on their site, that I find revealing:

- the two shells that make up the building floor have 11 subtended arches of 30 at 90 meter, set by 70 underground cables. 1400 different molds were necessary to follow the geometry of the hulls

- the concrete pouring was done in two stages : in spring 2009, the small shell of 800 m3 then, in July, the great of 4300 m3. This stage required an incessant ballet of concrete mixers and workers during 48 non-stop hours

- the roof insulation has a thickness of 20 cm, that of the ground made 35 cm

- catering side, users have the choice between a cyber café in 53 places, a self-service of 128 places and a restaurant 80 places, without counting the outdoor terraces

– 860 workplaces are available to students. Users can still take advantage of a bookstore with an original reading bench, a futuristic banking agency and various advisory services

Located in the center of the EPFL campus and its new hub, the building is essentially a continuous structure spread over the site. The building is rectangular, but appears to be more organic in shape due to the way its roof and soil gently undulate, always in parallel. With few visible supports, the building touches the ground slightly, leaving an expanse of free space underneath, which draws people from all sides to a central entrance. 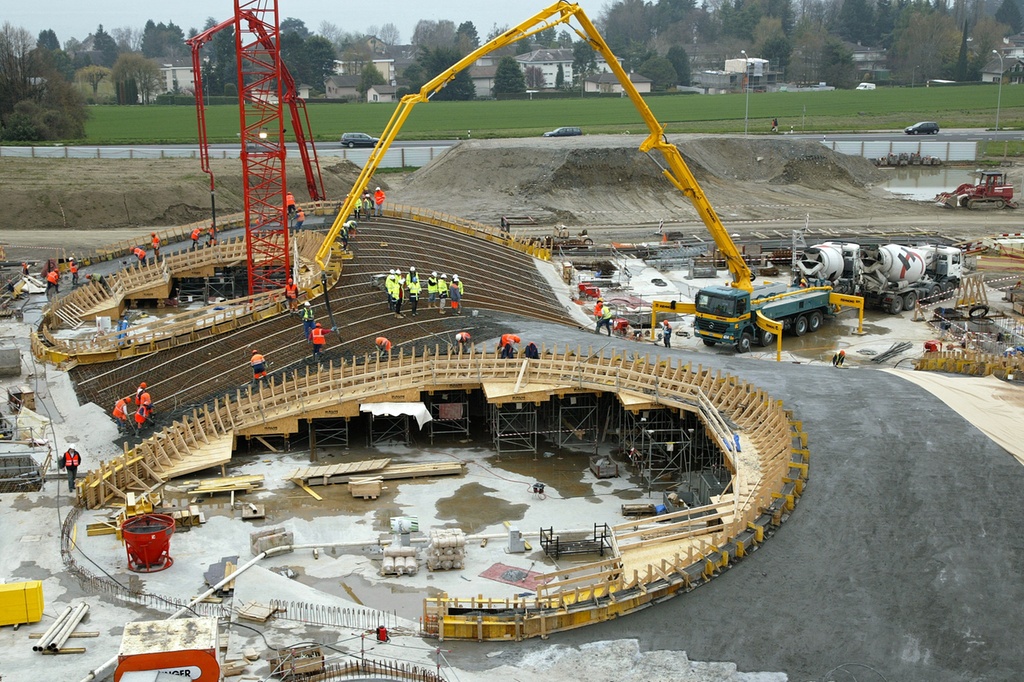 The most daring aspect of the new library is its lack of physical boundaries. The large open space is defined by its artificial geography. It gathers calm and silent zones along its hills and slopes, rather than offering cloistered traditional work rooms. In addition to providing social spaces and an impressive auditorium, the building lends itself to the creation of calm and silent zones, acoustically separated zones created by height changes. 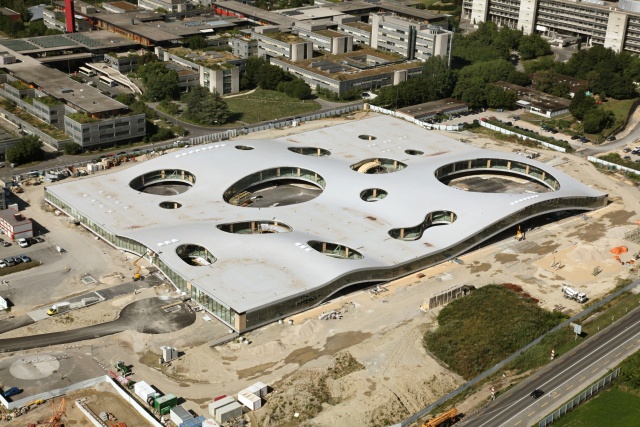 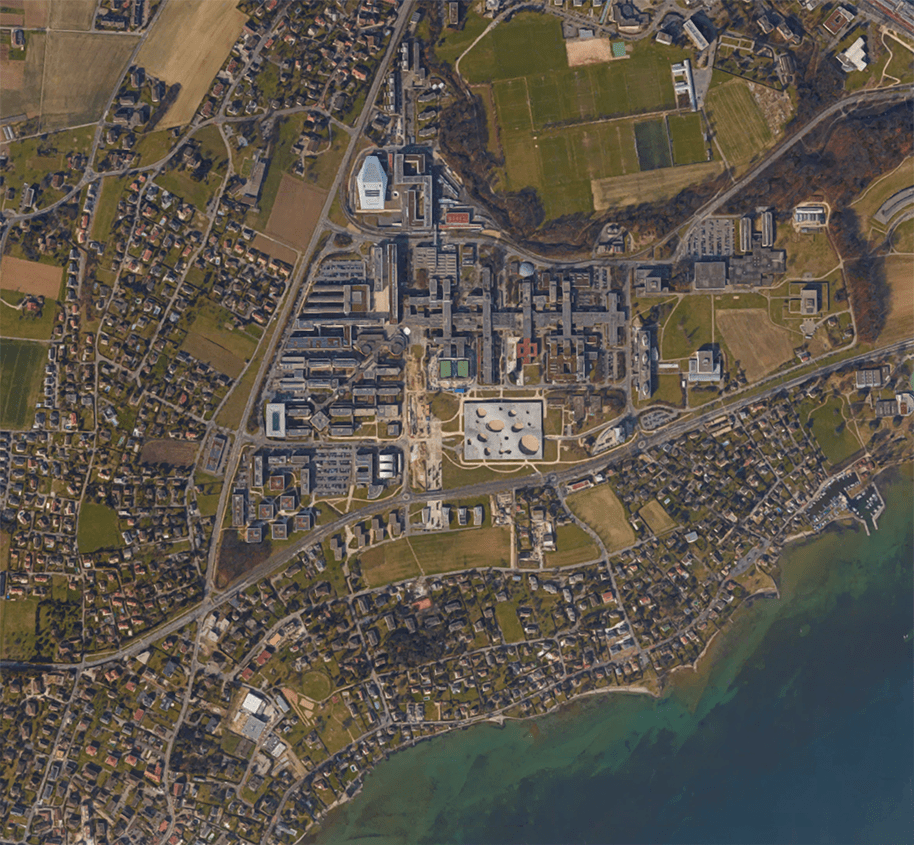 The hills, the valleys and plateaus inside the building, as well as the shapes created by the patios, all contribute to these barrier-free space boundaries. In addition, clusters of glass or walled “bubbles” constitute small enclosures intended to allow small groups to meet or work together.

Inside, the hills, the valleys and plateaus formed by the undulation often make the edges of the building invisible, even if there is no visual barrier between the areas. Instead of steps and stairs, there are gentle slopes and terraces.

Clearly, but without partitions, one area of ​​activity gives way to another. Visitors walk through gentle curves, or maybe they are moving in one of the specially designed "horizontal elevators", elegant glass tubs, whose engineering is adapted to the design of daily elevators.

The topography gives an extraordinary fluidity to the flexible open plan of the building – a flow accentuated by fourteen voids in the structure, of variable dimensions. These are glazed and create a series of “courtyards” slightly rounded exteriors, as the architects describe them. Patios are social spaces and provide a visual link between inside and outside. They are really part of the building.

We didn’t create a normal one-room space, but have integrated patios and topography to organize the program so that everyone is separate and connected at the same time. The large space of a room undulates from top to bottom, creating an open space under the building so people can get to the center of the building. This allowed us to make a main entrance to the center of the building.
SANAA – The Rolex Learning Center is an energy efficient building that, for its low energy consumption, received the coveted Minergie label – the standard used in Switzerland to measure the environmental excellence of buildings. 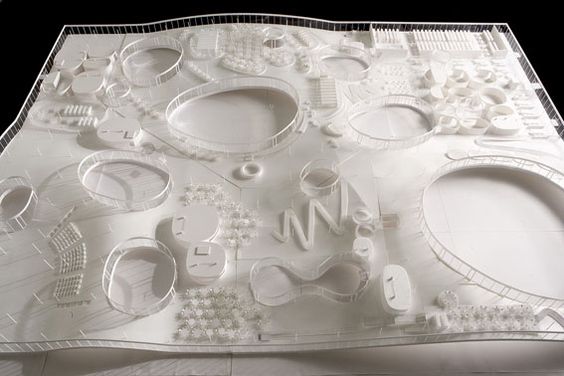 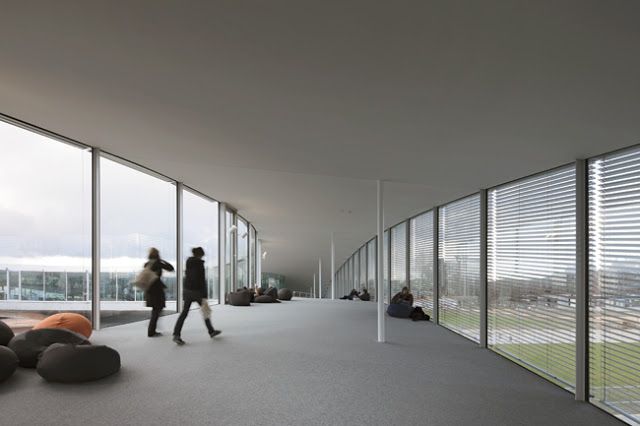 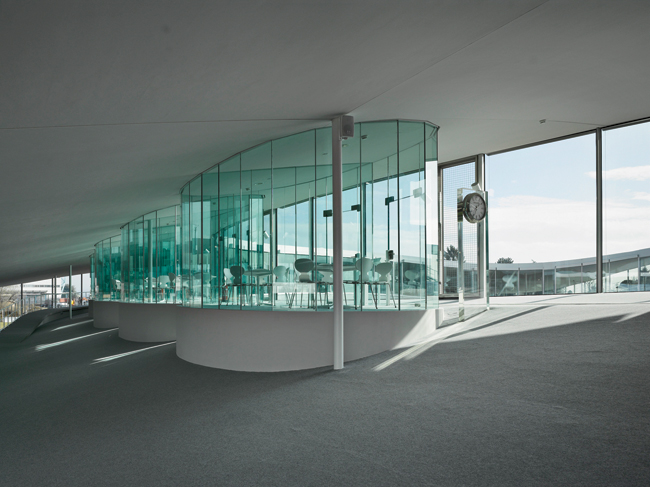 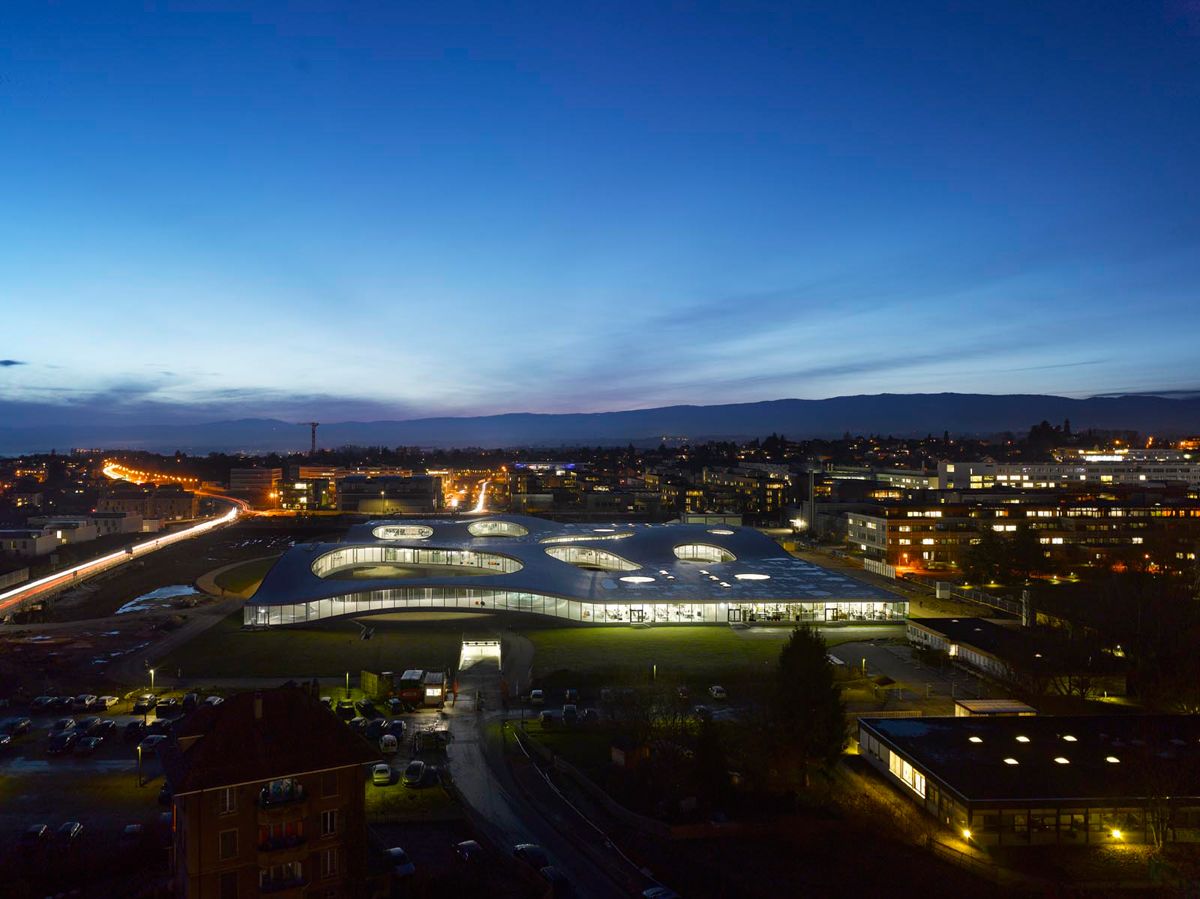 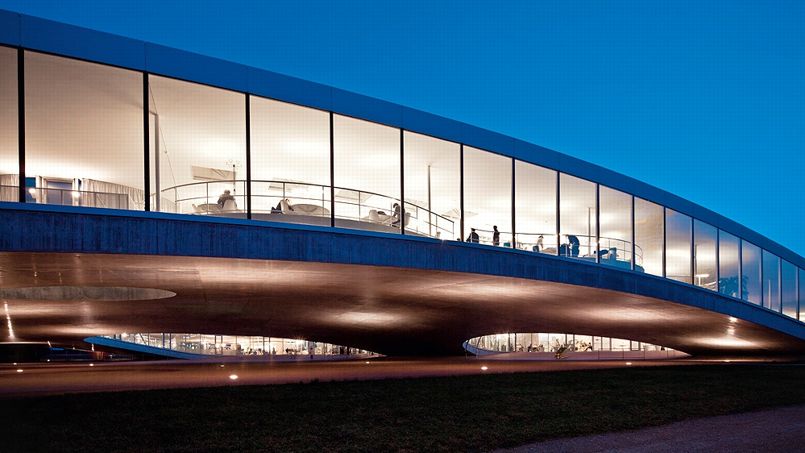 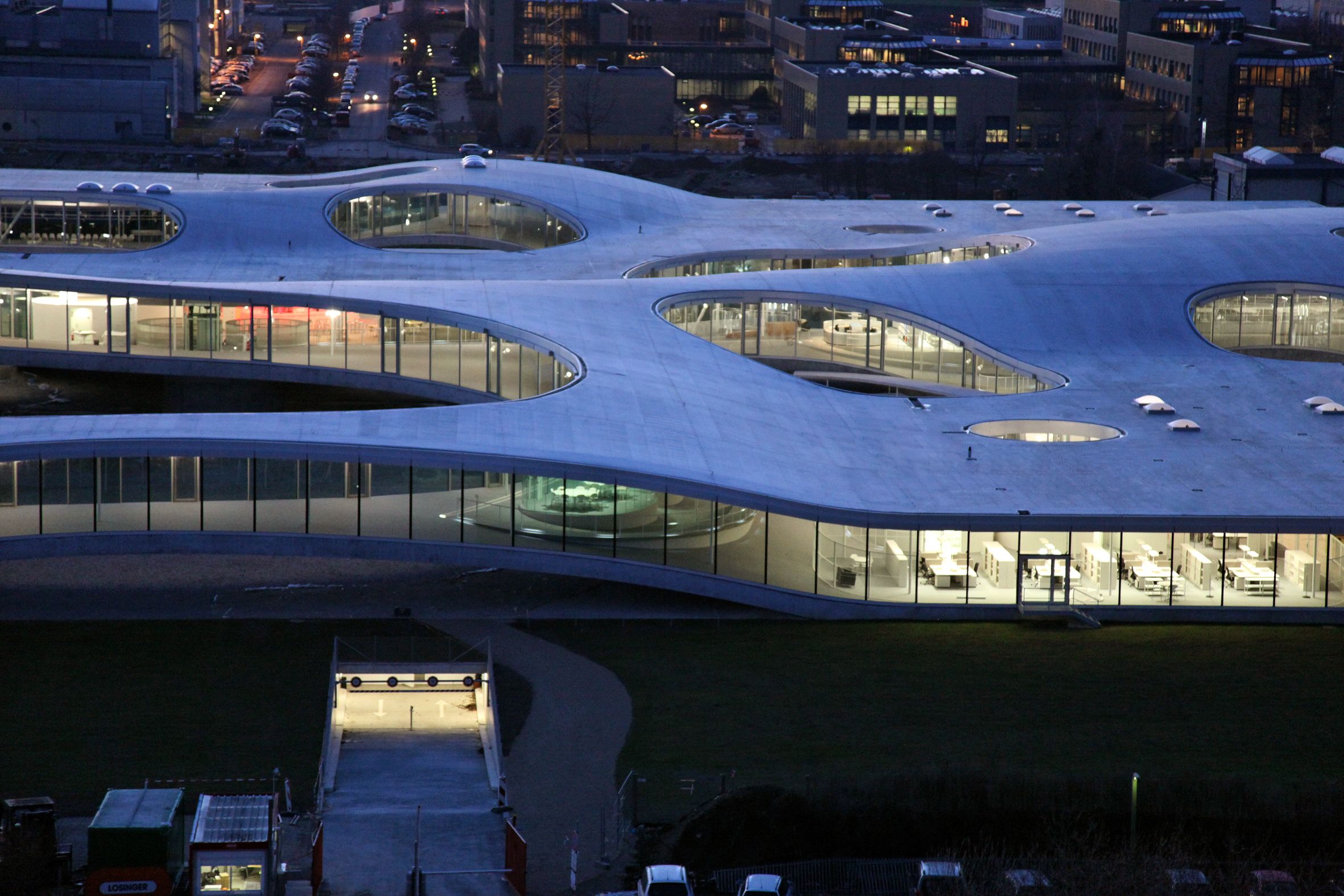 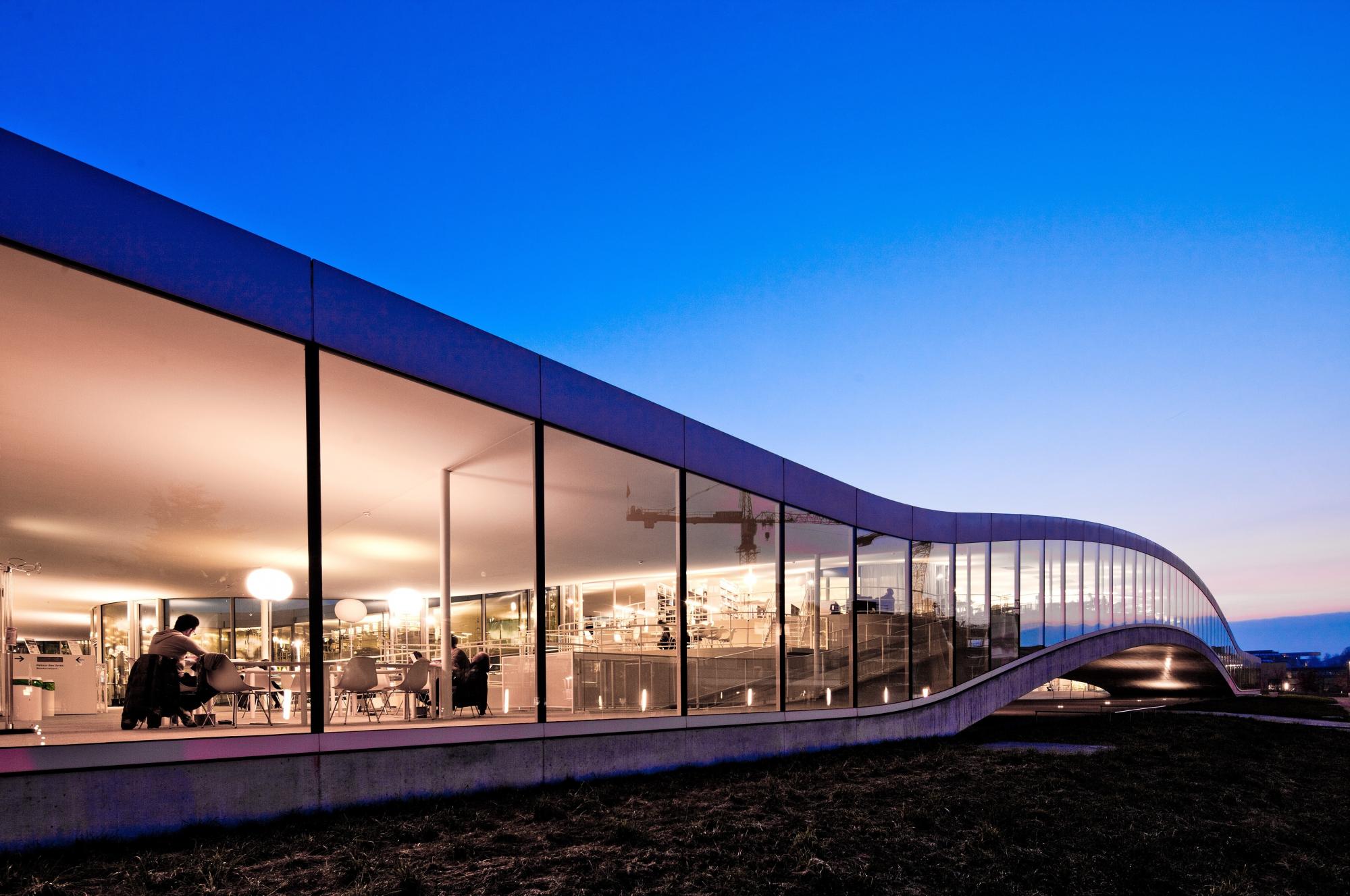 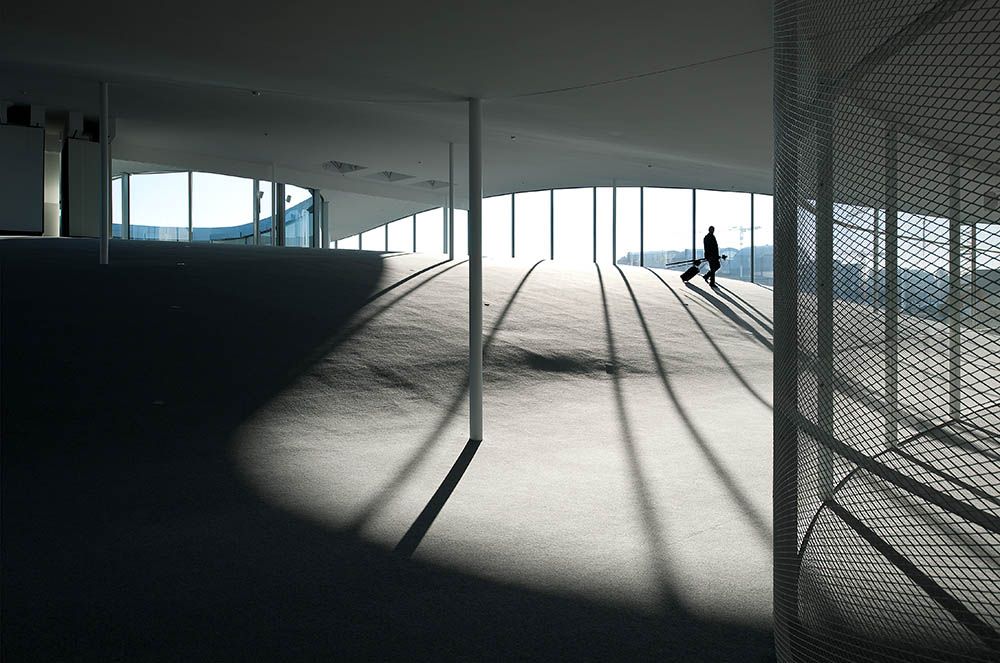 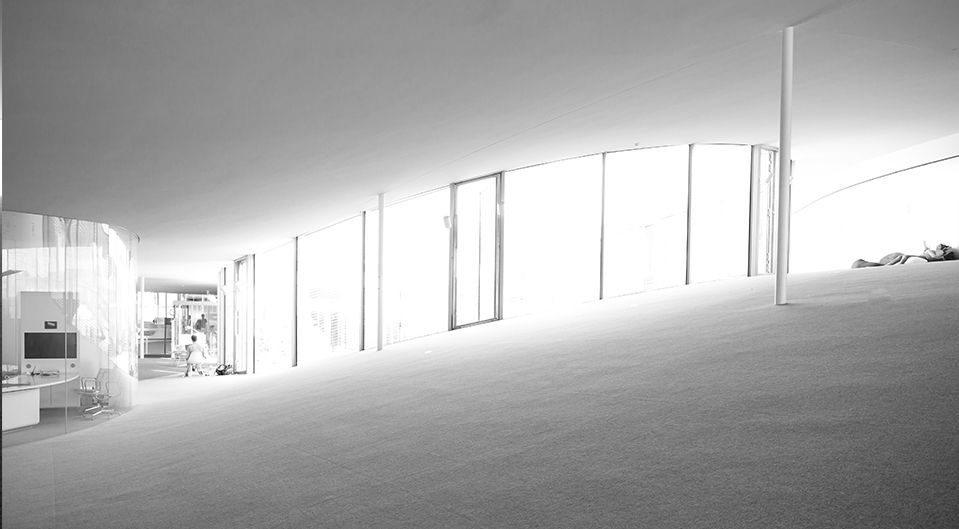 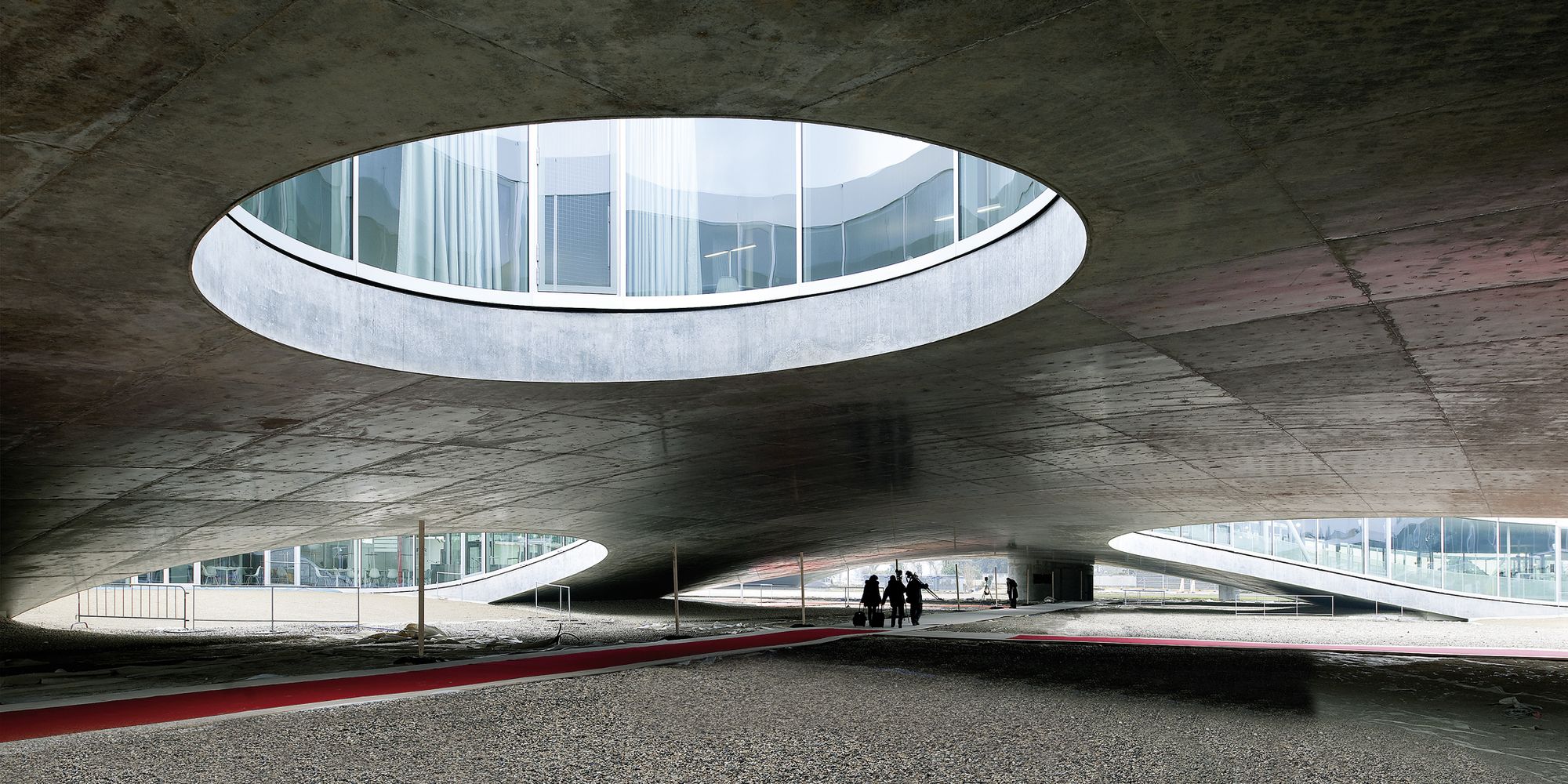 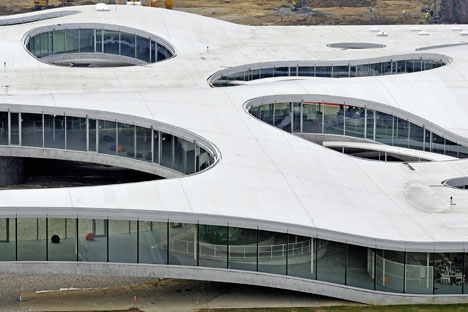 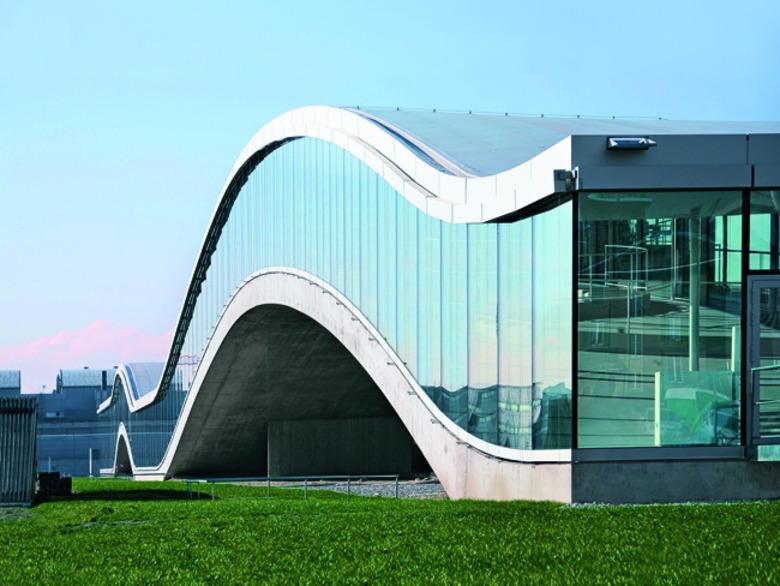