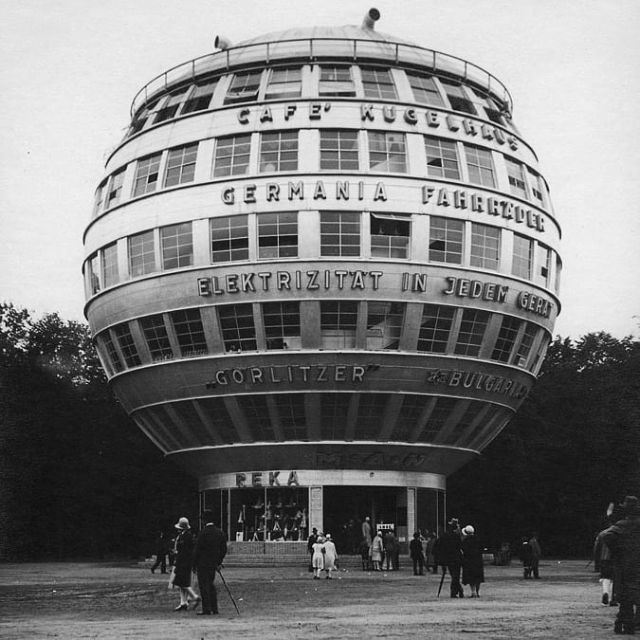 Ryanpanos ball house 1928 by retronaut the ball house Dresden was the first spherical building in the world, He had six levels and an elevator described in the press. 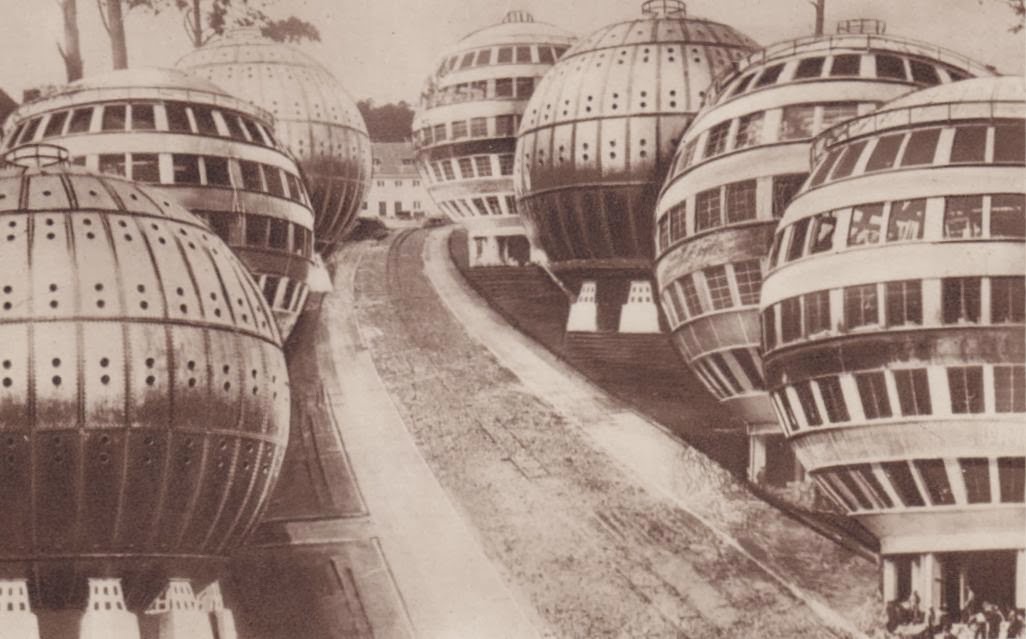 Mercure Leeds (1929) "Spherical houses, which is said to be very healthy, Dresden under construction are, Germany. 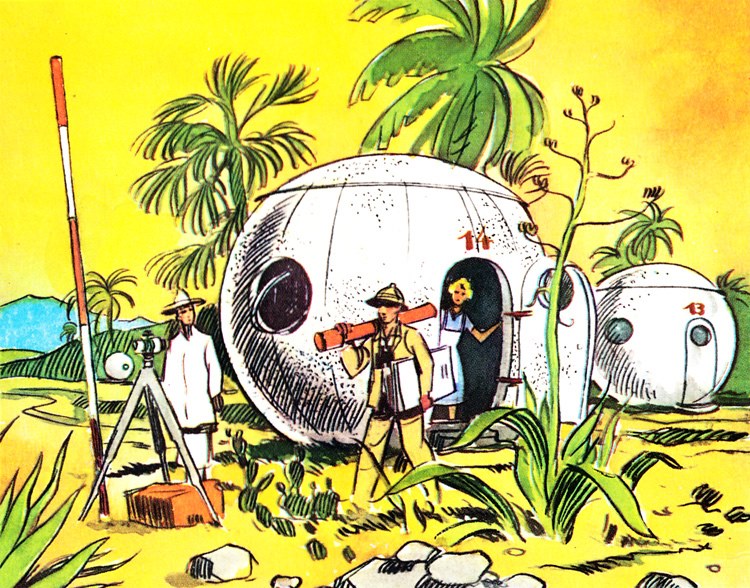 Johann Wilhelm Ludowici (1896-1983) was a German producer of bricks and Nazi official. After 1945, Ludowici designed spherical houses, obtained prototypes are in Jockgrim and Neupotz . A written several scientific articles on the construction and thermodynamics. 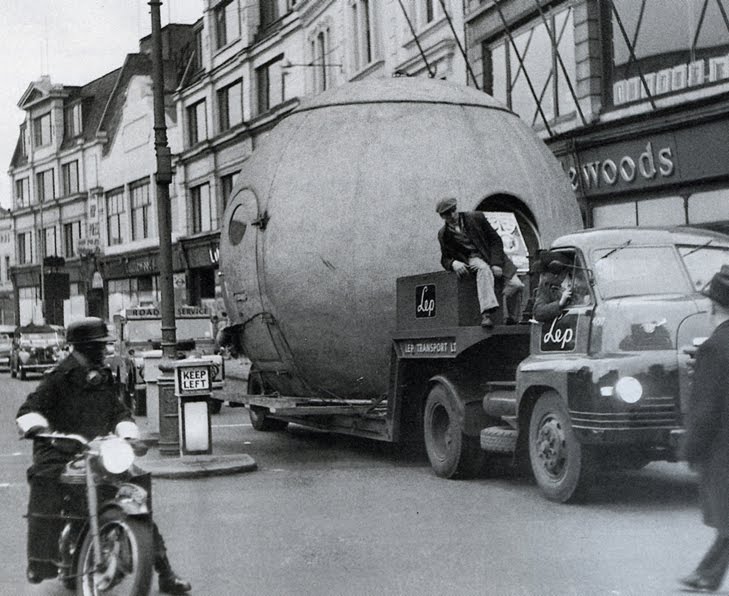 A Sphere Kugelhaus in the streets of London. (1958) 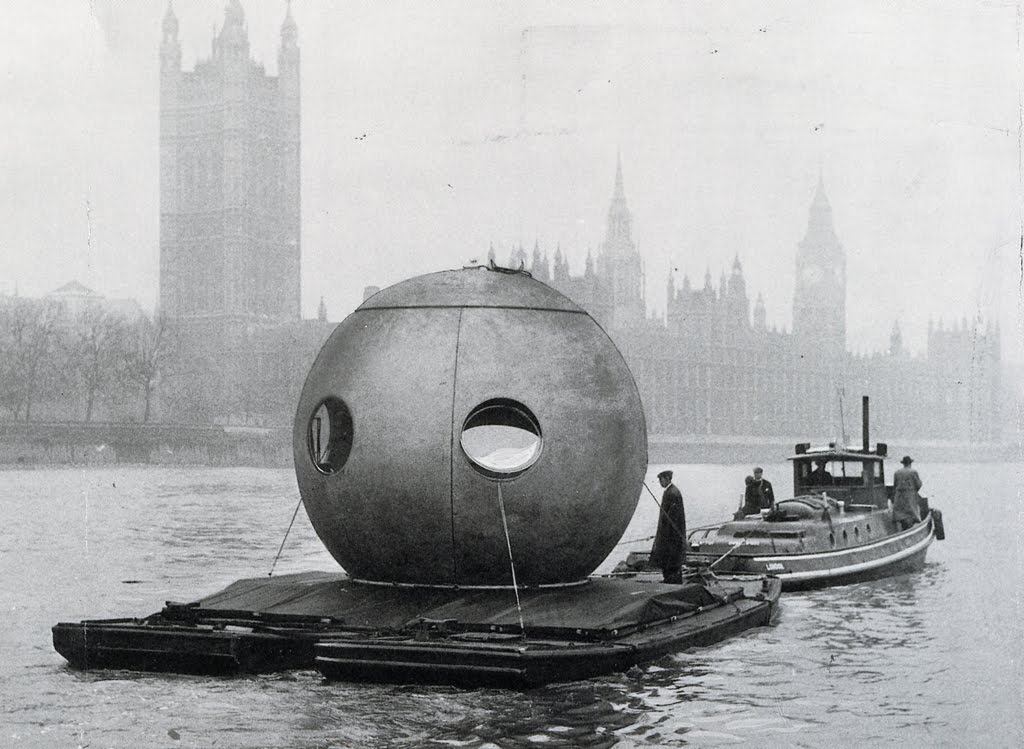 The Roundhouse in the picture a small spherical house invented by Juni Ludowici be towed on the Thames, in London, in 1958. 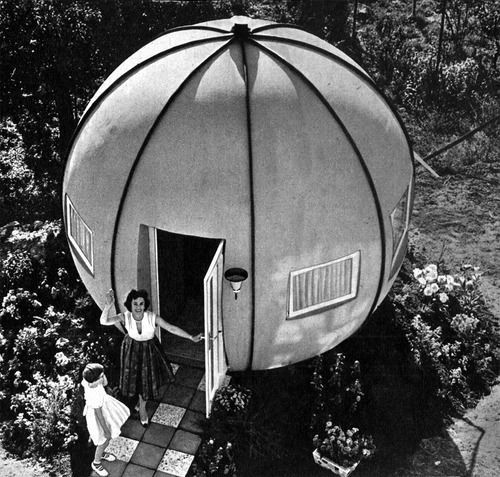 Innovation is the key to any architectural project, but to develop buildings that are startling and, designers do not always need to look to the future. To help spark creative ideas, we found fascinating images of a futuristic house concept 1959, known under the name of The Roundhouse , and or " The Round House ».

Designed by architect Juni Ludowici, Das Rundhaus is a prefabricated spherical structure developed as a creative solution to the problem of overcrowding and limited space for new buildings in urban centers.

Despite shoehorning standard square furniture difficulties in a circular room, round houses have a few advantages over cube-shaped houses. They lock up the most volume for a given surface, making the most of a small plot of land. Furthermore, air flows more easily around their exterior walls, making them safer in storms and easier for homeowners to heat. A 4,5 meters in diameter and 15,9 square meters at its widest point, Das Rundhaus is certainly compact, but just look at what the architect has managed to fit inside!

A kitchen lounge, a bathroom, bedroom and hallway with large windows to let in the maximum possible light. The method of delivery of the building to its final destination is pretty impressive too. 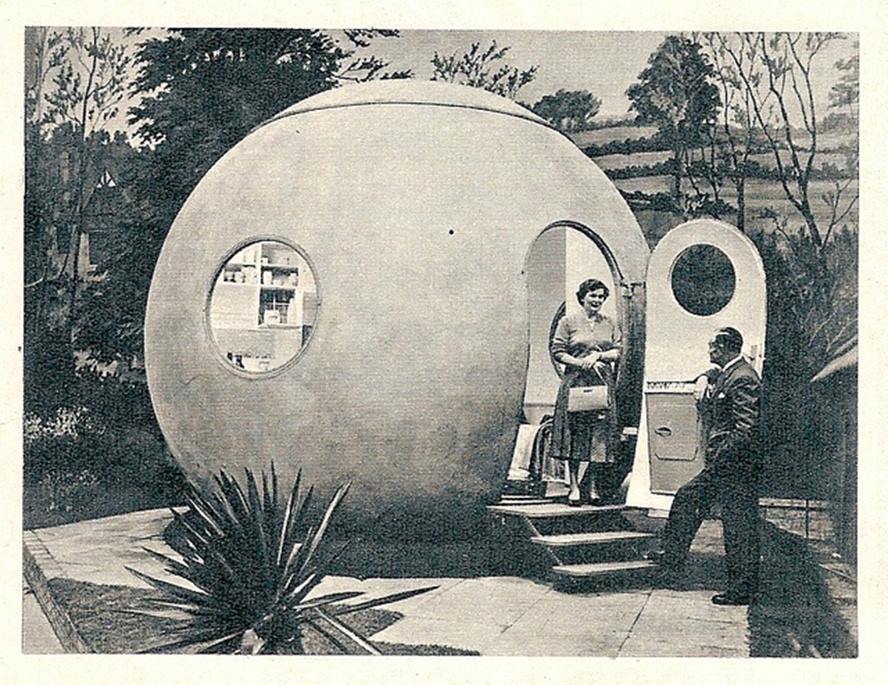 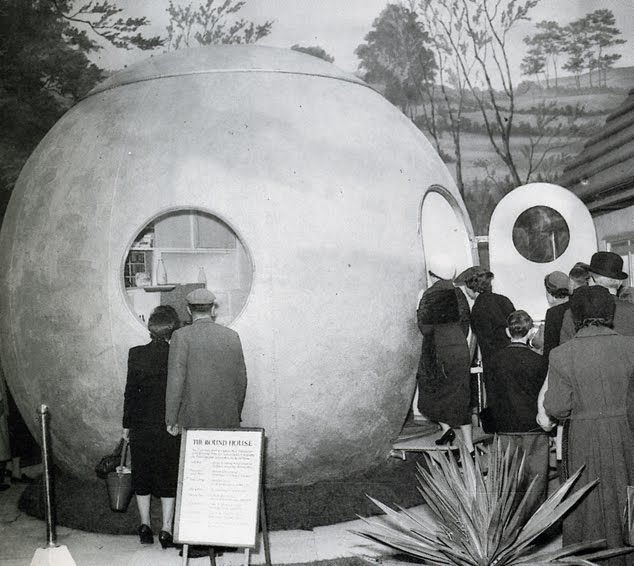 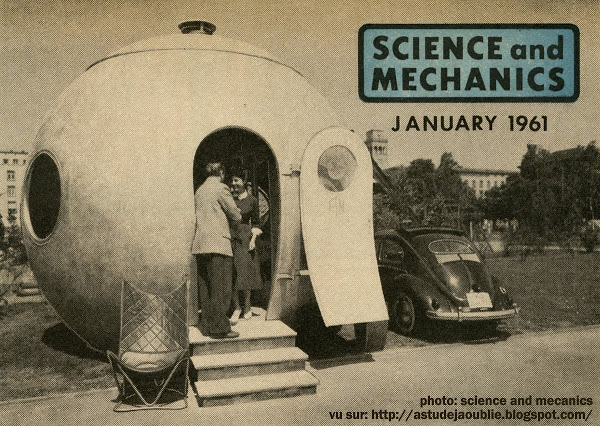 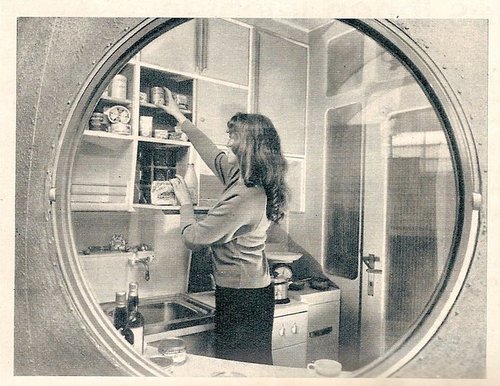 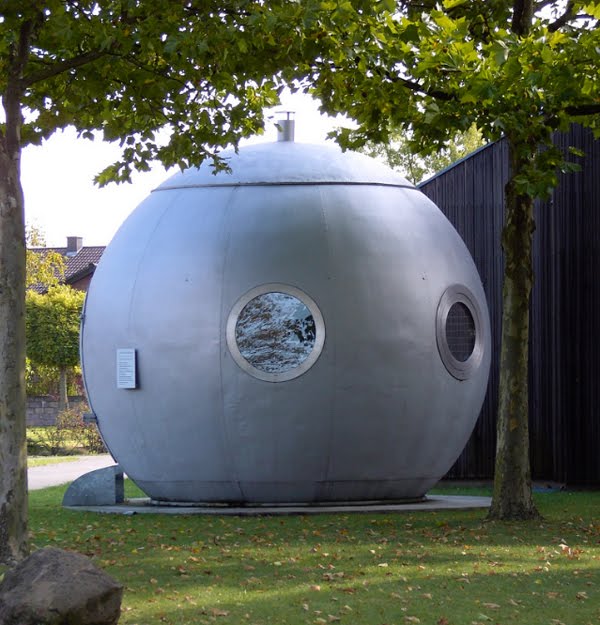 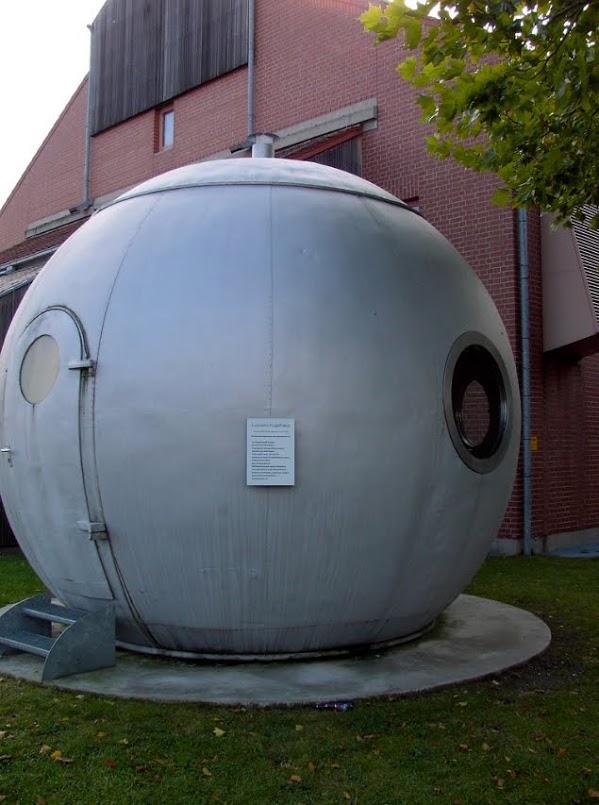 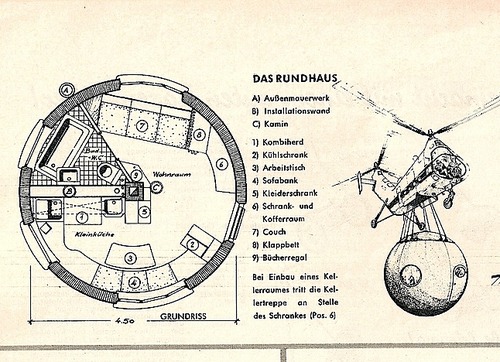 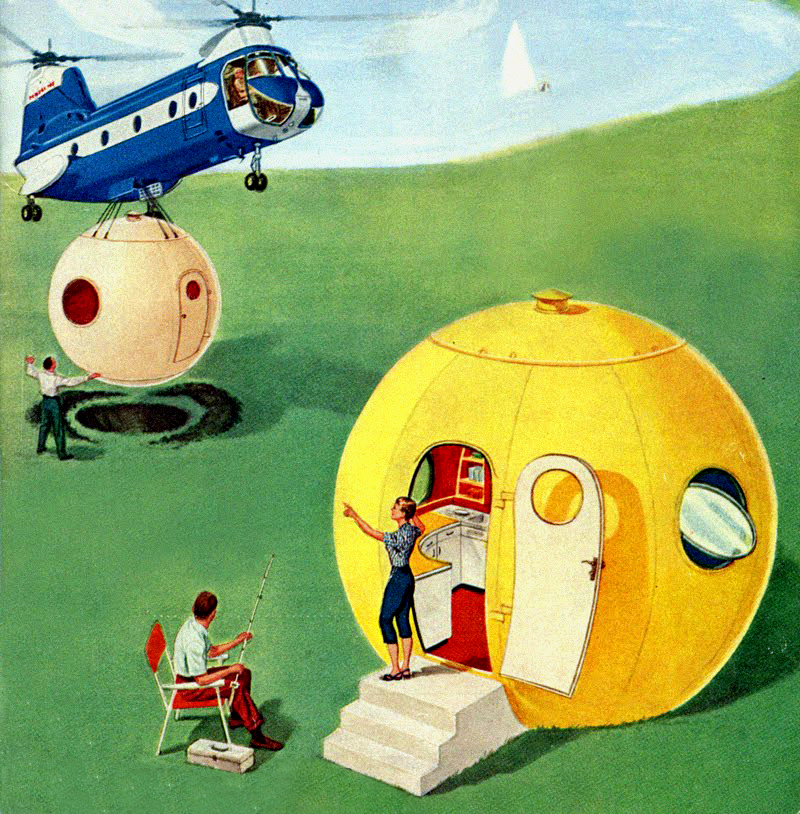 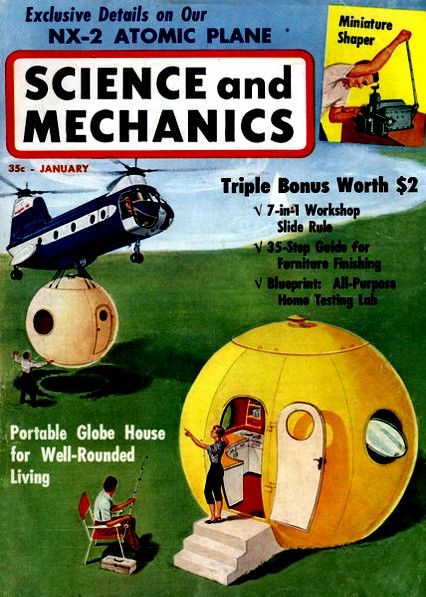 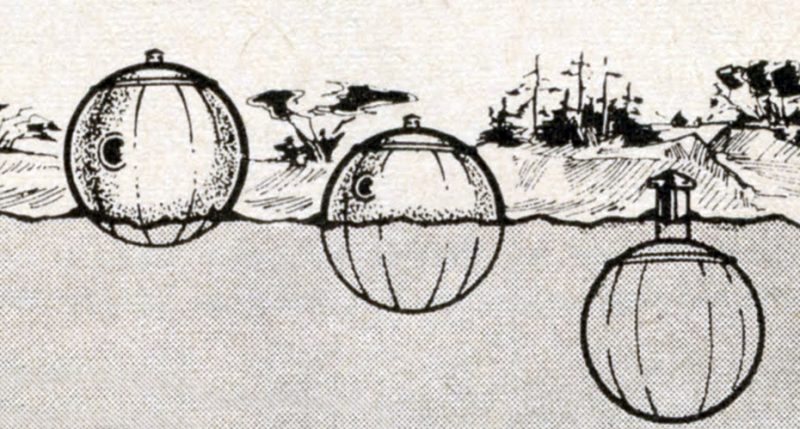 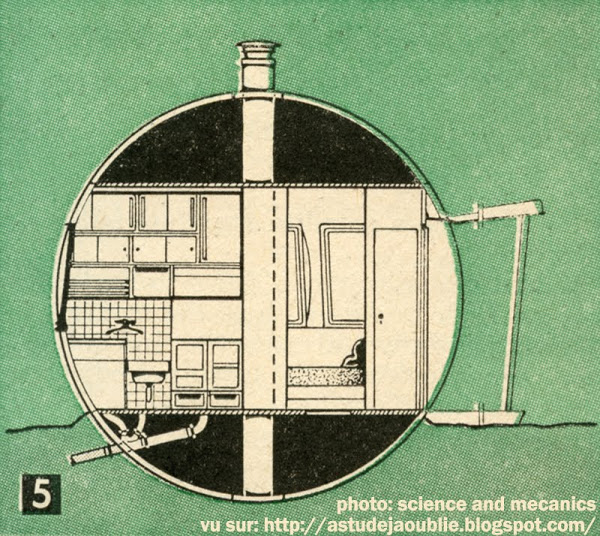 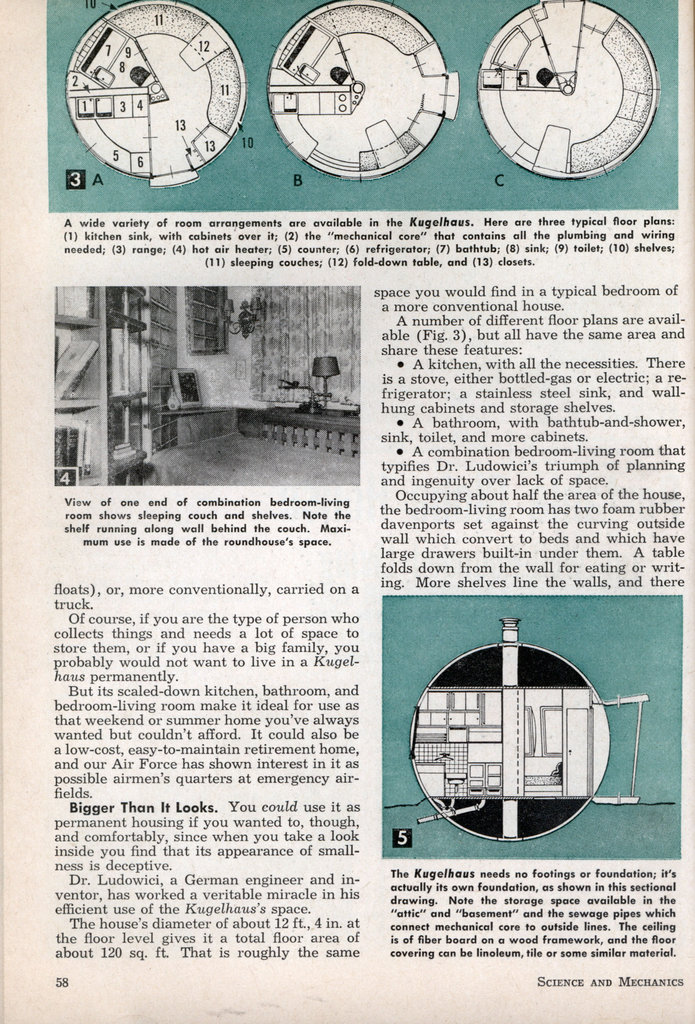 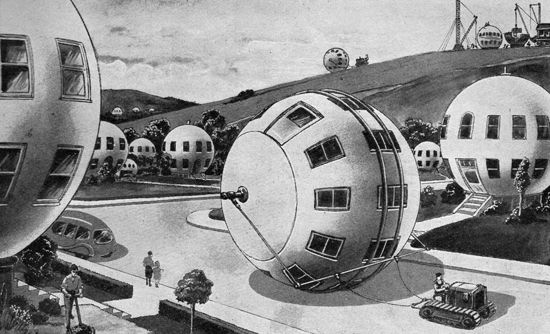 The Daily Mail unearths a publication dating from 1934. In the Everyday Science and Mechanics magazine this time, inventors imagined that homes “in 80 years” (So in the years 2000) are giant spheres that could pull in moving.

While the concept may seem ingenious, the magazine does not say what happens to the furniture in the house during the relocation of the “home-sphere” which is rolled. The Daily Mail also says that many inventions shown in the Everyday Science and Mechanics magazine have never emerged…

And you ? What do you think of the house-sphere.. 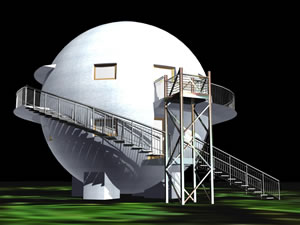