Designed by a Bulgarian, Krasimir Emilov Asenov, this vehicle will be operated by several small electric motors, Supported by a d & rsquo battery; batteries and d & rsquo; d & rsquo a system solar energy.

The movement and the mechanism of this sphere Roller car will be based on a speed track system. His tire can also be built from the driving belt which allows to turn around & rsquo; vertical axis of the vehicle.

This vehicle has two strong safety cage, air bags and seat belts and shock absorbers half down the security vehicle. 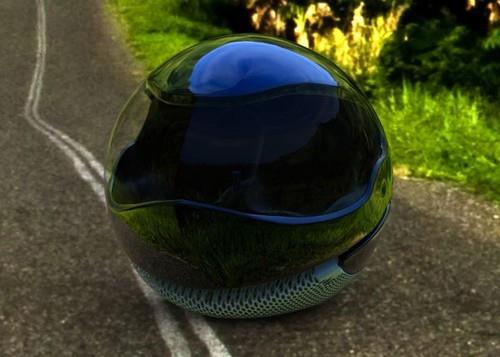 This object on the road may look like a sphere with many eyes, but surprisingly, it's a car called sphere Roller. Designed by a Bulgarian, Krasimir Emilov Asenov, this vehicle will be operated by several small electric motors, supported by a storage battery and a solar energy system. 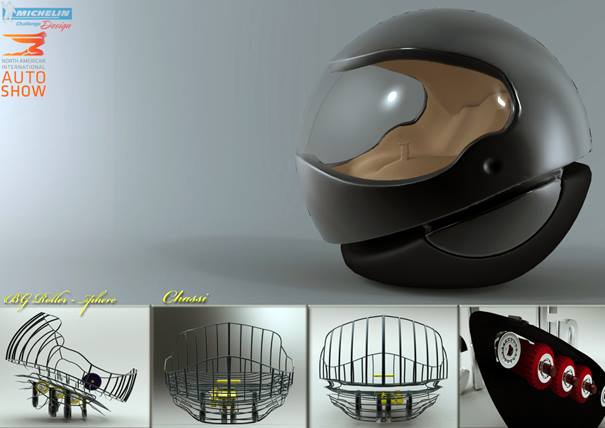 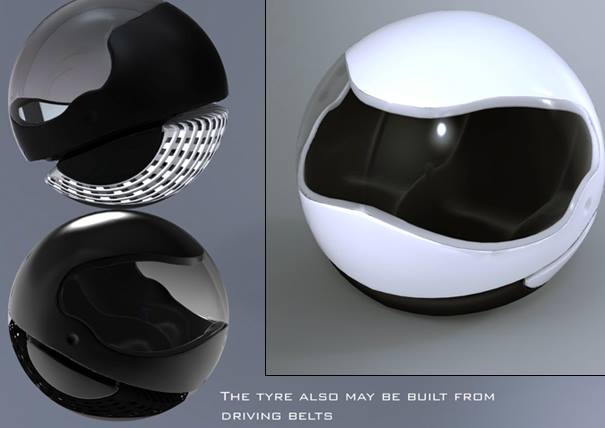 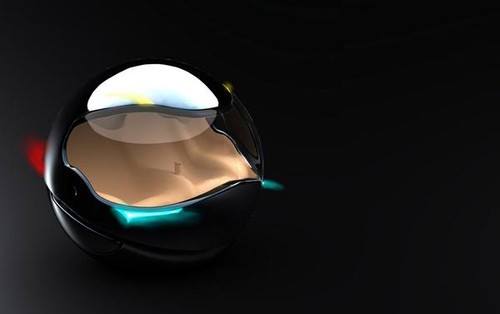 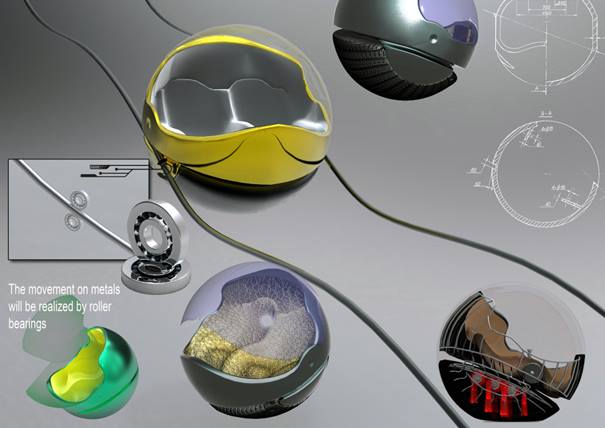 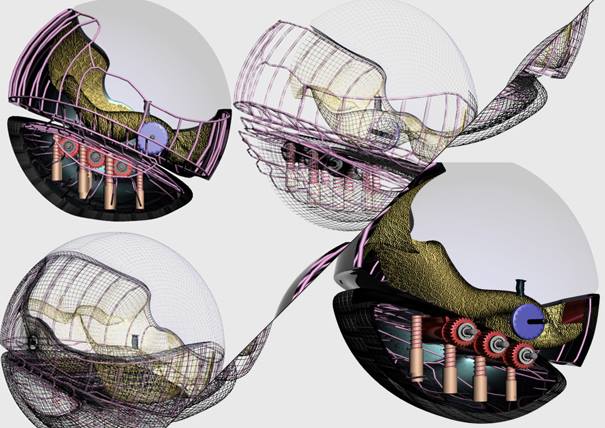 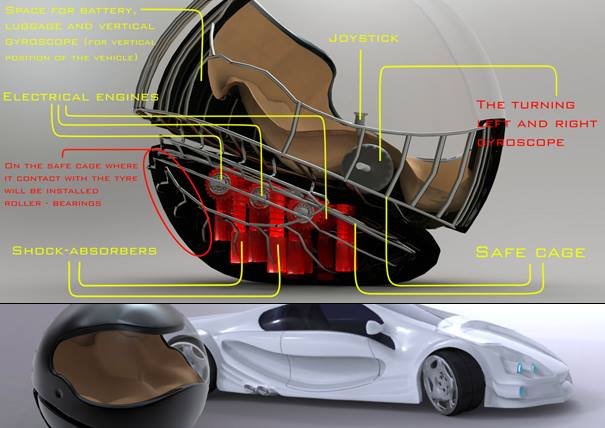 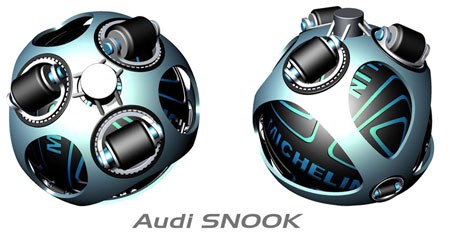 Mono vehicle Spherewheel Audi Snook is a concept of Tilmann Schlootz car design to art and design Academy HfG Offenbach in Germany. Snook is a high-end car with two seats optimized for urban mobility and rolling on a single spherical wheel.

Concept-car Audi Snook. A Concept that rolls on a spherical sphere High-tech, powered by a multidirectional motor. This allows the vehicle to become very handy, which is very important when traveling in town. Le concepteur Timann Schlootz himself describes his creation – Snook, like two billiard balls, standing on each other. 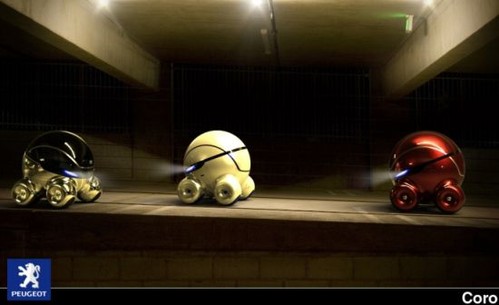 Here is a concept car from Peugeot Designer Yuji Fujimura, a simple vision in the form of balloon. Very easy to ride and great for parking in congested areas of our cities.
Designed for Peugeot Contest, this personal mobility device is designed keeping in mind the future of transport, which would leave no parking space and the environmental impacts of conventional manufacturing cars. The passenger car, if you allow me, this Peugeot Concept will be powered by electricity, but will have wheels that move with a magnetic force, which would leave the body of the car float on wheels, unique idea ! 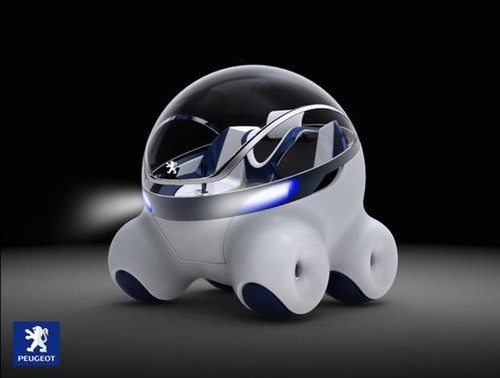 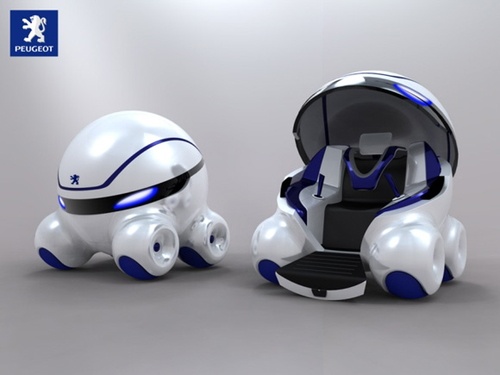 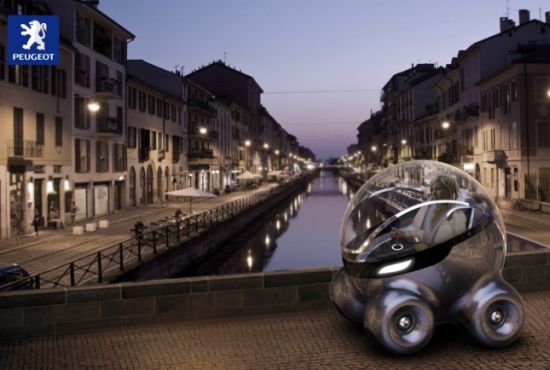 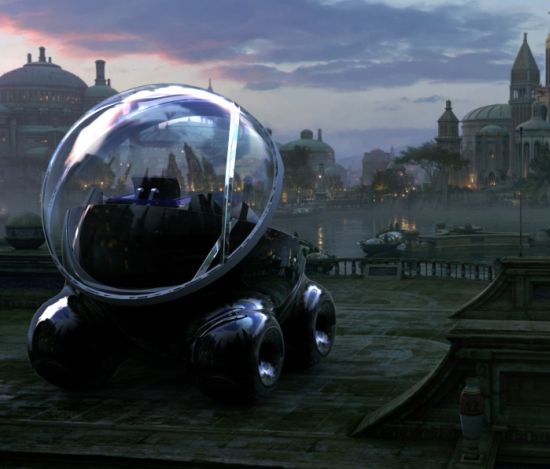