This page probably groups most of the planes, Luigi Colani Boats and Trains. But we are never really sure if it is really complete ... If you know of other models, or if you can provide other information, for example missing dates, let us know by leaving us a comment at the bottom of the page with (depending) if possible a link to a photo or an article. thank you very much.

A German experimental light aircraft for years 1970, powered by a piston engine driving a ducted fan. Two copies were built, but no production followed.

Luigi Colani in his Light Airplane..

An impressive racing project seen here as a scale model in its initial configuration designed in 1968 by Luigi Colani . The pilot appreciated "a position lying on the stomach, used a pair of 230 ch Mazda Walken… In the more advanced model later, Colani collaborated with the famous propeller company Hamilton Standard in the design of a new type of propeller blade with a stranger shape.

This strange machine high on its legs, which seems to come out of a science fiction film, was a project of the German designer Luigi Colani. This is a racer project that should be able to reach speeds around 900 km / h. This strange machine was equipped with 2 Toyota Wankel rotary engines 240 CV each mounted in push pull configuration which resulted in two large Hamilton Standard five blade propellers, one at the front and one at the back of the machine. Although built, this machine never flew.

The first retrospective exhibition of works designed by Luigi Colani, In Milan, Italy. Colani C309, drawings, inventions, life-size prototypes and models designed by the German artist, Swiss-Italian industrial designer and aerodynamicist constitute the largest collection ever produced by a single artist with his own hands and without the help of computers. Visitors meander through art and simultaneously travel through time through its evolutionary methodology rooted in the connection between nature and man.

Mega-passenger aircraft, based on the shape of the shark Megalodon 1977

Luigi Colani Design, “Shark Plane” MEGALODON, the Proto type pivoting wing a model of 4 meters with a group of 5 jets on each engine. 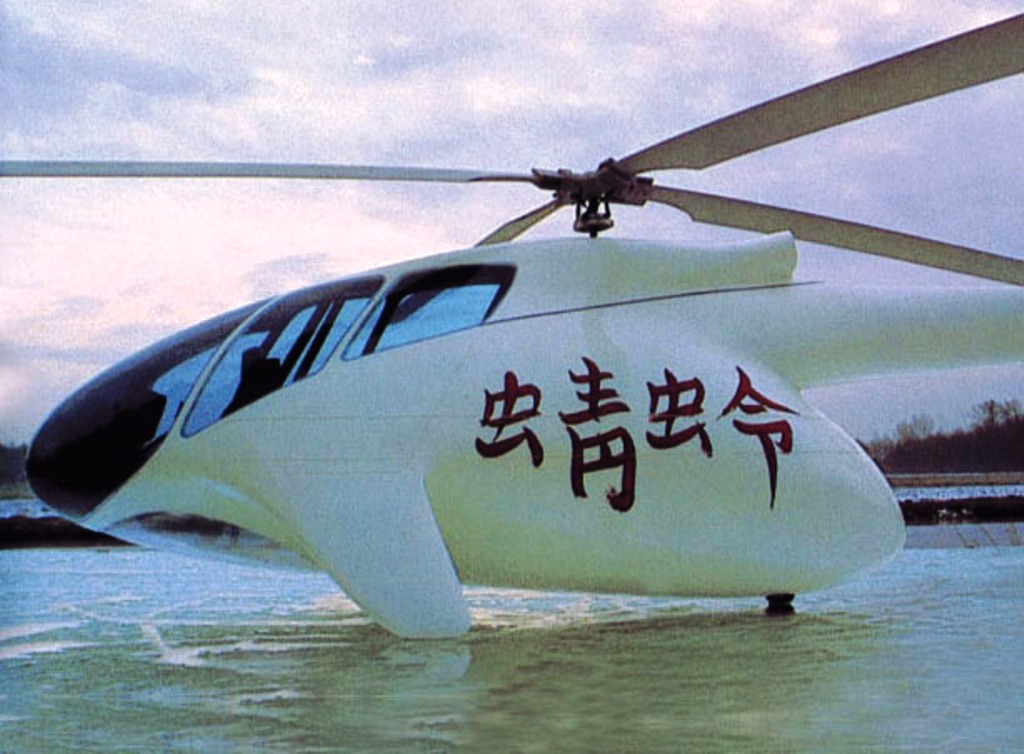 Luigi Colani Design, Pontresina, High-speed plans for the conceptual model of 900 km / h 1985 (Everything will have to be redesigned)

TRANSLATING NATURE” au Design Museum London – of 3 March 17 June 2007 was organized by Albrecht Bangert and designed by Nigel Coates.
This exhibition offered a glimpse into the fantastic world of Luigi Colani bringing together extraordinary large-scale prototypes, including trucks, planes and cars.

Invented the idea of ​​airflow over the wings, a smart plane with 2000 passengers can start and land on a normal length of airfields. 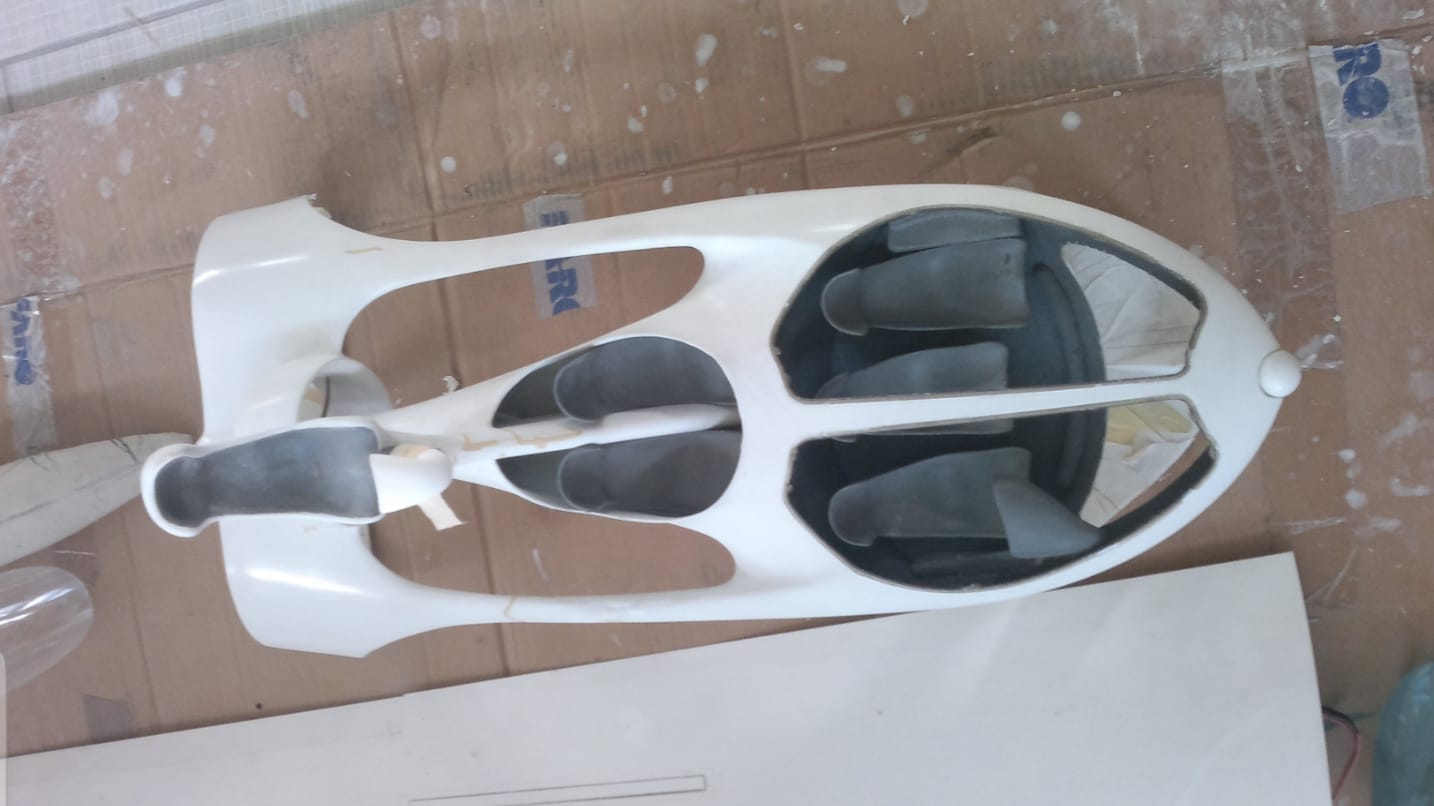 HM-1 a wind tunnel model for a magnetic levitation train

The four-person hovercraft is designed and built by German designer Luigi Colani for the swamps and Florida islands, in the USA, is powered by a BMW engine from 3 liters developing 240 hp and a maximum speed of 150 km / h (90 mph). (AP Photo / Heinz Ducklau)