Arbib graduated from & rsquo; New York Pratt Institute 1939. He worked as a designer for the Henney Motor Co. Freeport, Illinois, a d & rsquo bodywork manufacturer; automotive professionals such as ambulances, limousines and hearses. Henney was the only supplier of professional bodies Packard. He began his career consular car designltation with Harley Earl, GM Styling in the late 1930. He came to the & rsquo; attention Henney after serving in World War II. He was responsible for designing the commercial line built by Packard Henney of 1951 at 1954. L & rsquo; one of the distinctive features of these models was wrap-around rear side windows. Arbib designed the Packard show car for the Pan American International Motor Sports Show held in New York City at the Grand Central Palace 29 Mars 1952. It is based on a 1951 Packard 250 convertible and built by Henney. Pan American won the first trophy room for the most outstanding design in the living room. 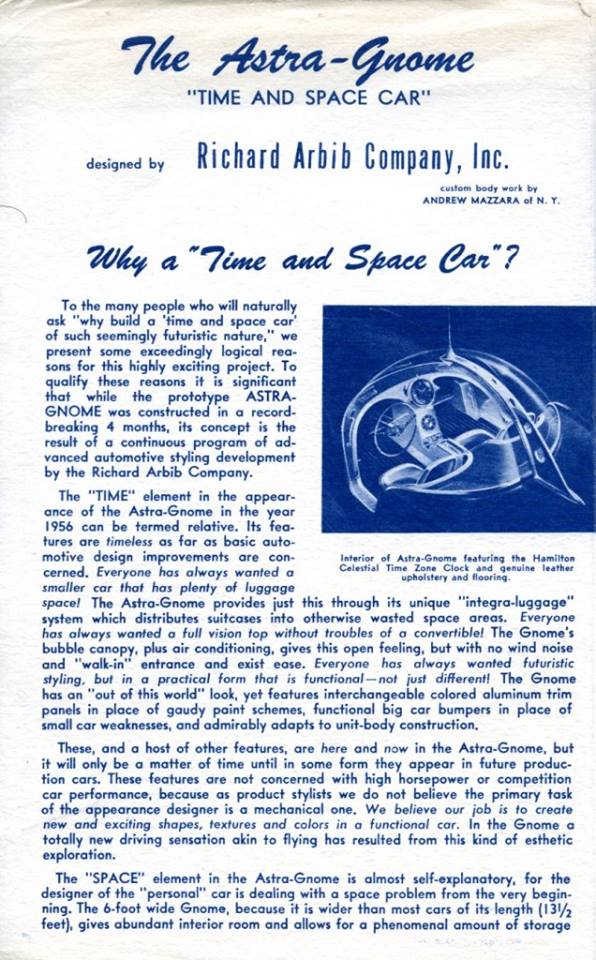 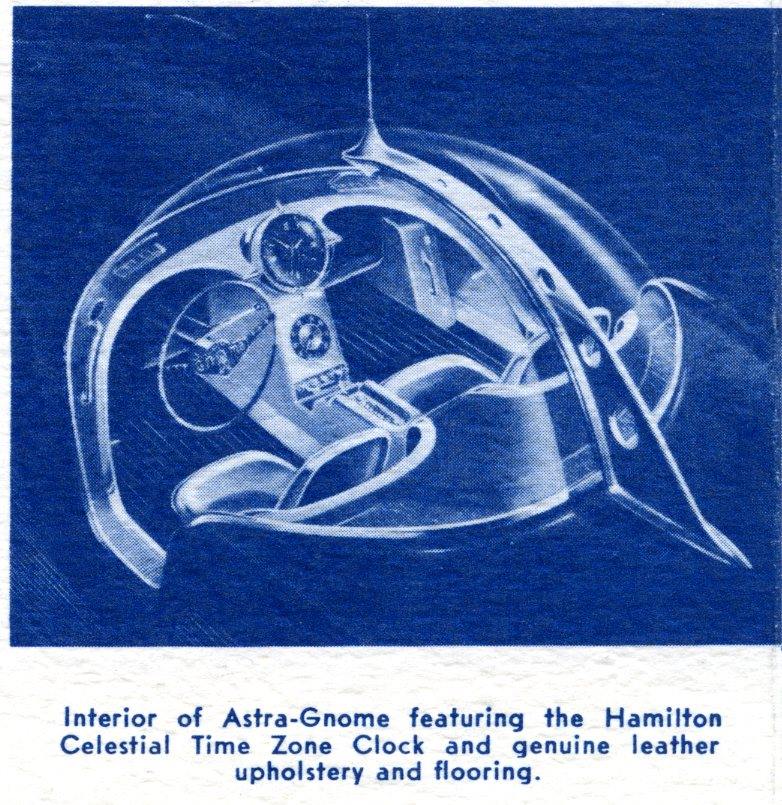 Designed by Richard Arbib Co Inc. prototype form is a creation of the New York studio Mazzara, on a base frame of the Nash Metropolitan model. 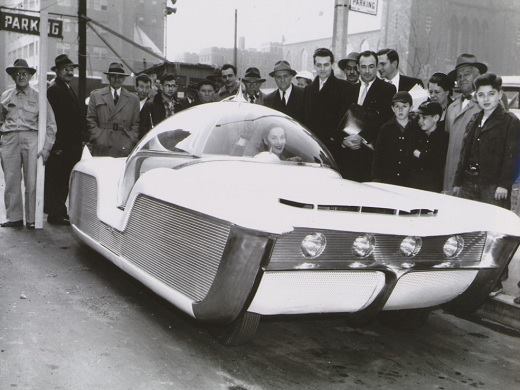 The Astra-Gnome is concept car by industrial designer Richard Arbib using a 1955 Nash Metropolitan chassis. Described as a "Time and Space Car”, it offers themes influenced by the forms of space travel that were popular in the years 1950.

The vehicle Arbib represented the vision of what & rsquo; is a car look like in the & rsquo; year 2000 L & rsquo; Astra-Gnome is a dream car designed by Richard Arbib Company and manufactured by Andrew Mazzara Custom Body Work (New York) on a chassis Nash Metropolitan.

At its conception, the dream car easily allows & rsquo; interchangeable colored aluminum panels that compose it so as to change its sandstone colors.

The car still exists and exposed regularly to the public.The concept car Astra-Gnome "For Time and Space" is announced to the market as a "motion machine in time and space" with many new features for its time.

With its futuristic and unusual equipment, such as time schedules celestial, the car was certainly very spatial. The dome of the machine is used as a sound chamber Its features are timeless.

It is wider than most cars of its length, provides an abundant interior space and allows a tremendous amount of storage in the luggage area, not less than 6 bags. Aluminum with fantastic shapes and gait, unlike most cars, the wheels and tires of the Astra-Gnome have been de-emphasized. The bubble car of the future and the cosmos years 1950, is now visible to the Metropolitan Museum of Pit Stop in North Hollywood. The design was influenced by the forms of space travel. The vehicle was based on the Nash Metropolitan and Arbib was the vision of what & rsquo; is a car look like in the & rsquo; year 2000.

L & rsquo; Astra-Gnome drew & rsquo; attention to 1956 International Automobile Show à New York, and was also featured on the cover of Newsweek magazine 3 September 1956 question.Il designed asymmetric case for new power Hamilton watches in years 1950, including remarkable models like the Ventura, Everest et Pacer. He also designed watches for Tourneau, Benrus, Sheffield et Gucci. He designed boats for Century Boat Company in the years 1950, notably’ one of their most successful and expensive models, I Coronado, and the Arab model.

At its conception, the dream car easily allows & rsquo; interchangeable colored aluminum panels that compose it so as to change its sandstone colors. The car still exists and regularly exposed, but with the distinction of having been made during the record time 4 month. 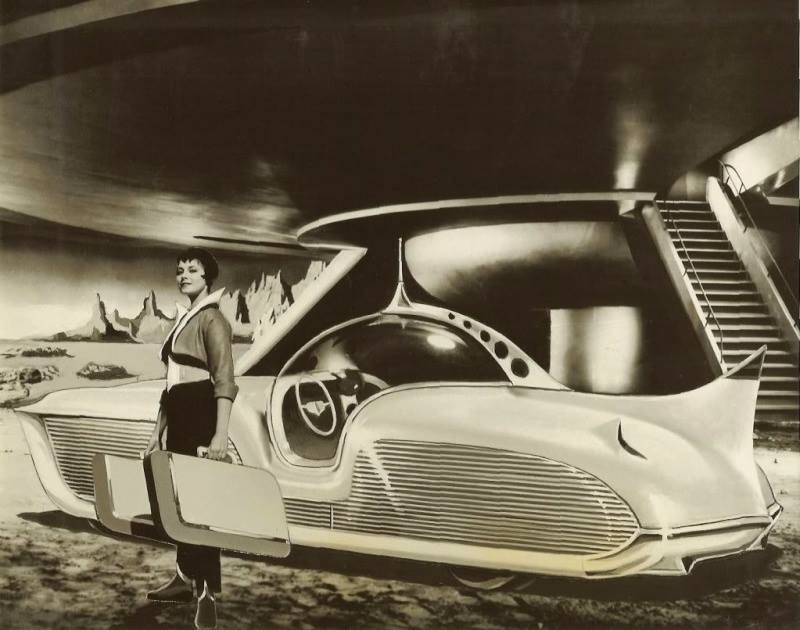 The Astra-Gnome has several spaces for luggage, a bubble top for panoramic vision, an air conditioning system silent. 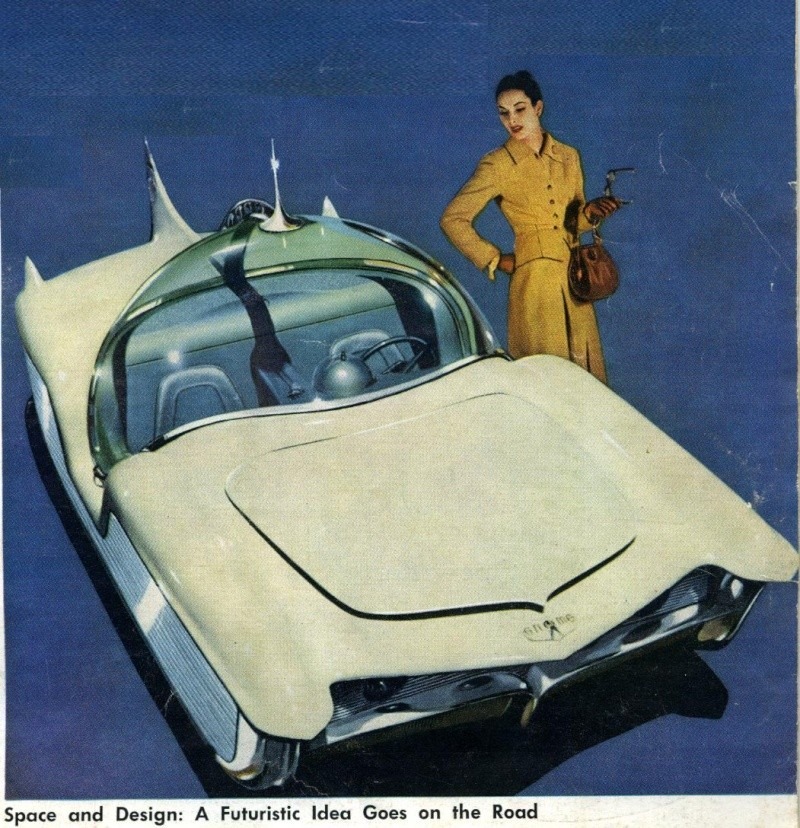 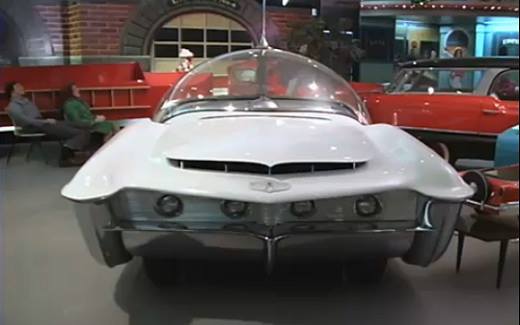 Made of Aluminum, This Concept Car
was supposed to represent the car of the future,
as it would be in Year 2000.

a mysterious globe-shaped clock made by Hamilton. 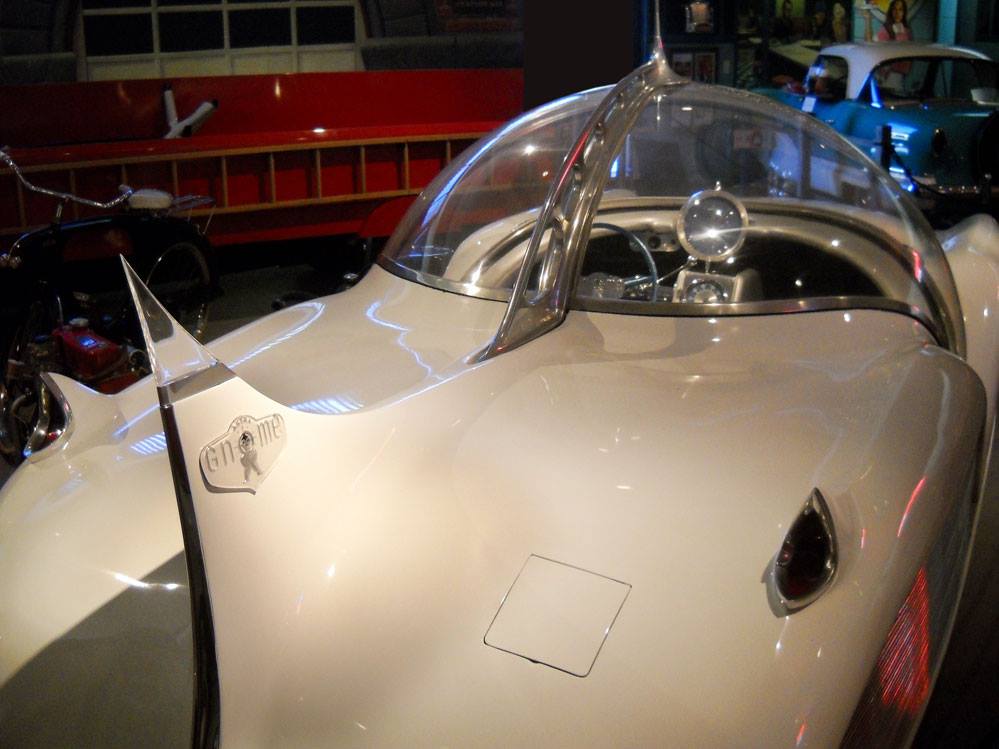 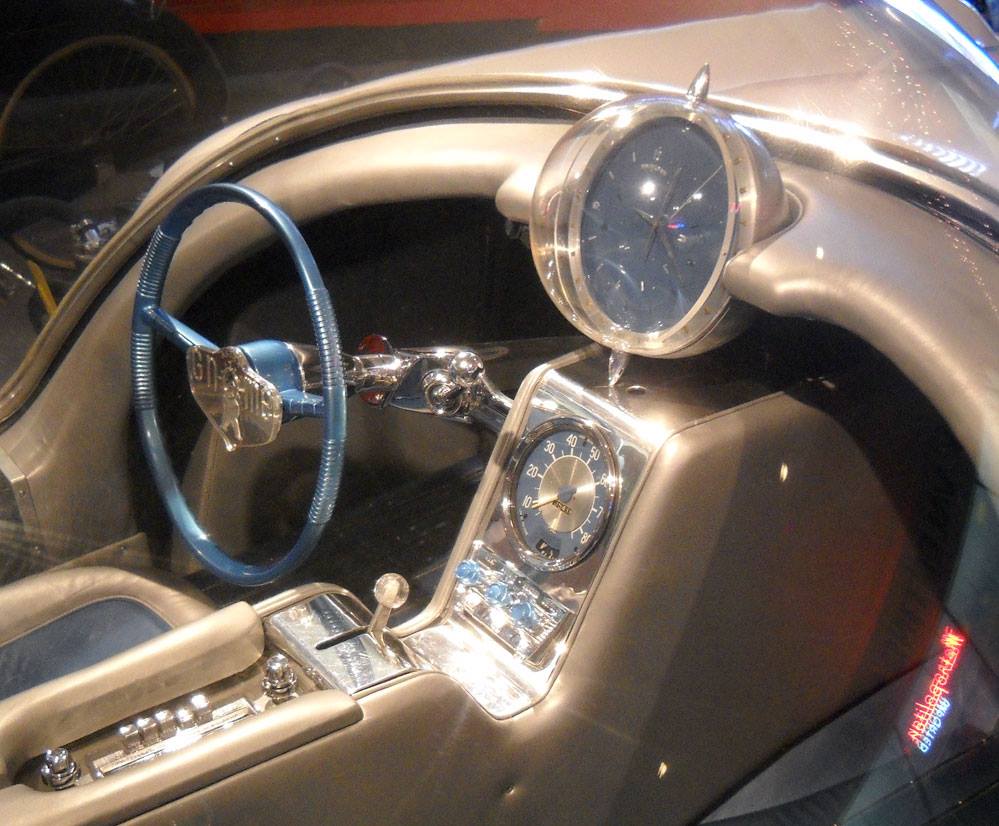 One of the original Astra Gnome is the presence of an almost invisible undercarriage for more back into the body, giving a hovercraft effect accentuated by the design”in iron” Body. 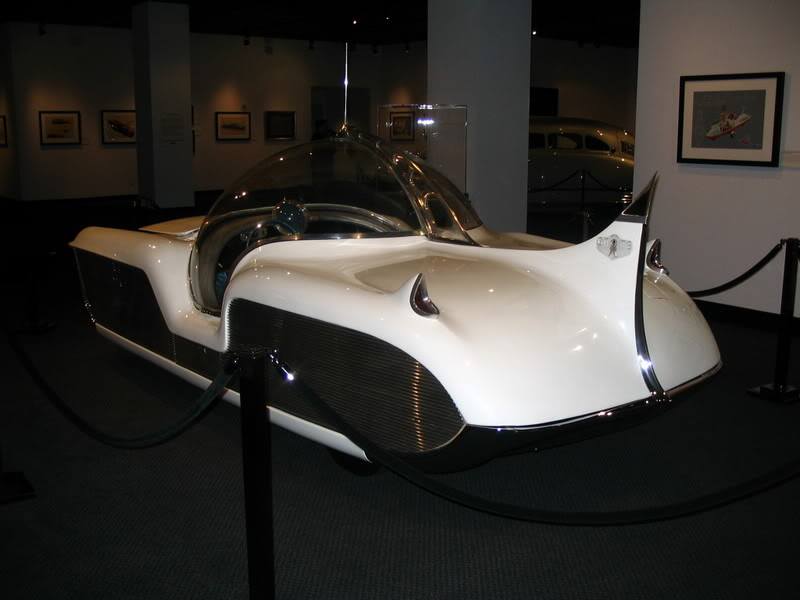 The car is now in the Metropolitan Museum. 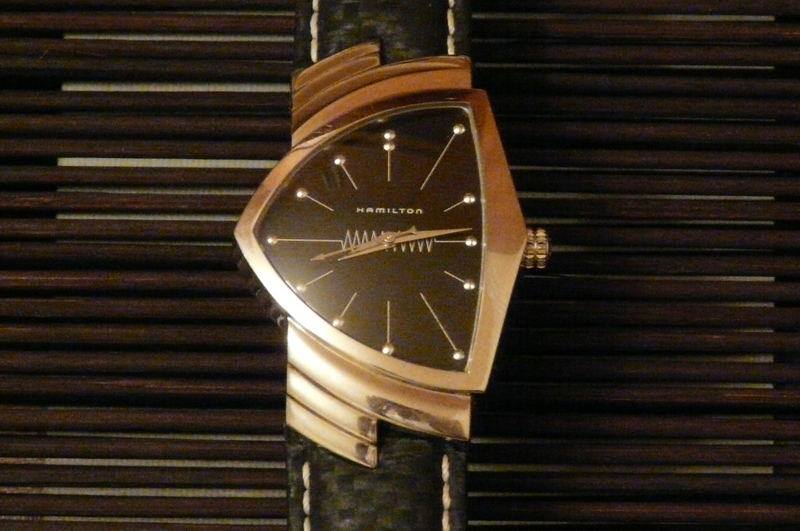